Sea of Thieves: How to Complete the Seabound Soul Tall Tale

The Sea of Thieves is a big place, and whether you’ve completed the Shores of Gold Tall Tales or not, there is always more to explore. The Seabound Soul is the first part of a two-part Arc that introduces players to Sir Arthur Pendragon and Captain Flameheart, who you might have seen floating above the waves as you explore.

This Tall Tale is a relatively simple adventure, with a few moments of exploration and a bit of combat. It does have you traveling a lot by sea though, so it’s always better to do so with another crewmate or two to help should you run into any monsters or players on your journey.

How To Begin The Seabound Soul Tall Tale 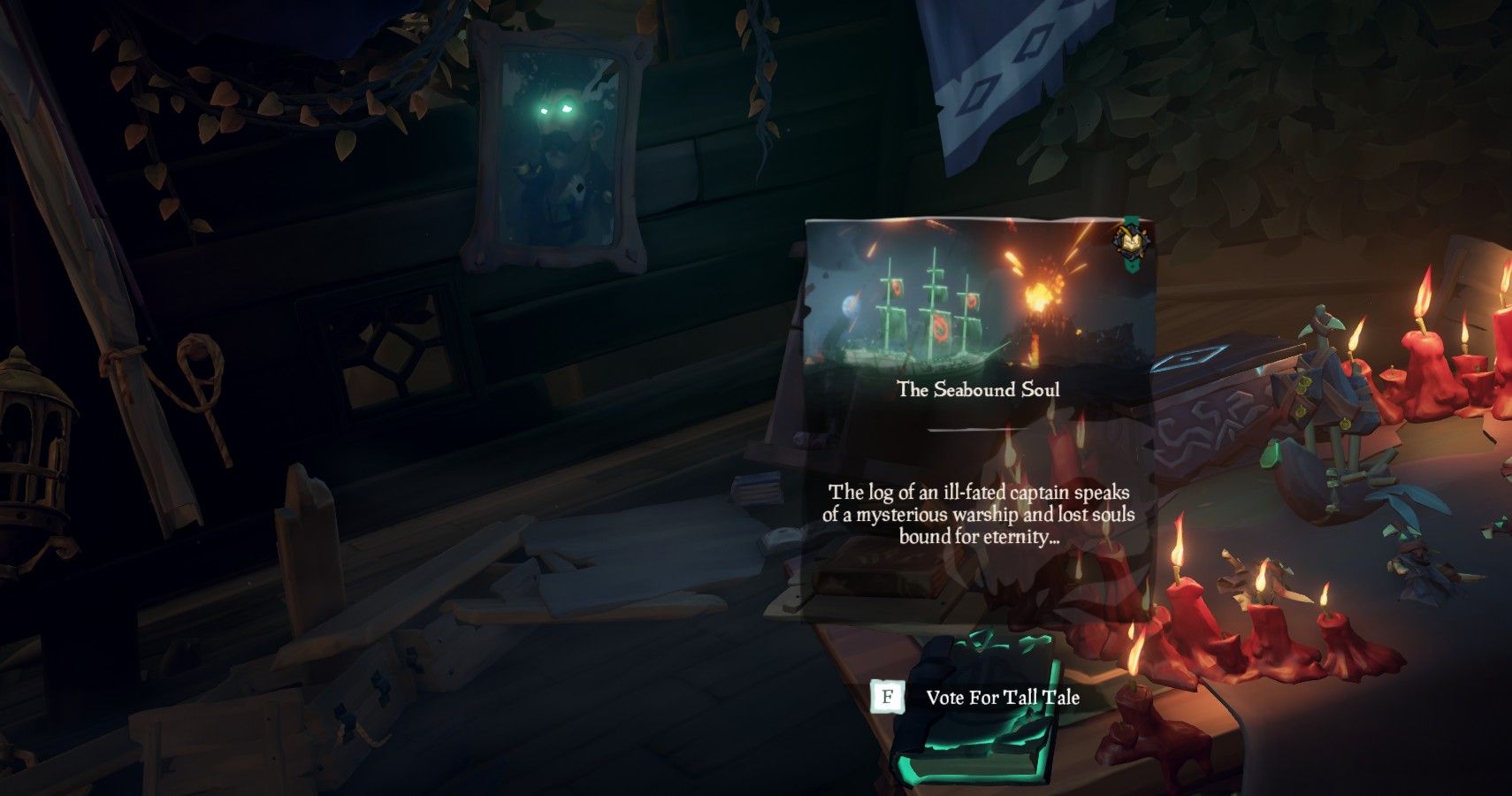 To begin the Seabound Soul, you’ll have to make your way over to Shipwreck Bay (M-10) in the Wilds. On the south side of the island, you can find the large wreck of the Black Wyche, and if you climb the ladder to the captain’s quarters, you can see the Tall Tale book resting on a strange altar.

If over half your crew vote on the Tall Tale book, the adventure will begin. Normally, Tall Tales begin with a nearby NPC introducing the story to you, so it looks like you’re all alone out here, but that’s not true. Behind the altar is a painting with glowing eyes, and when you start the adventure, the ghost of Sir Arthur Pendragon will emerge to tell you his tale.

He has a sword that can free ghosts from their bones, and asks you to help free three captains connected to the infamous Ashen Dragon ship. With this quest, he will also give you his journal as well as the Ferryman’s lantern that can help find ghosts, both of which can be accessed in the quest item inventory. 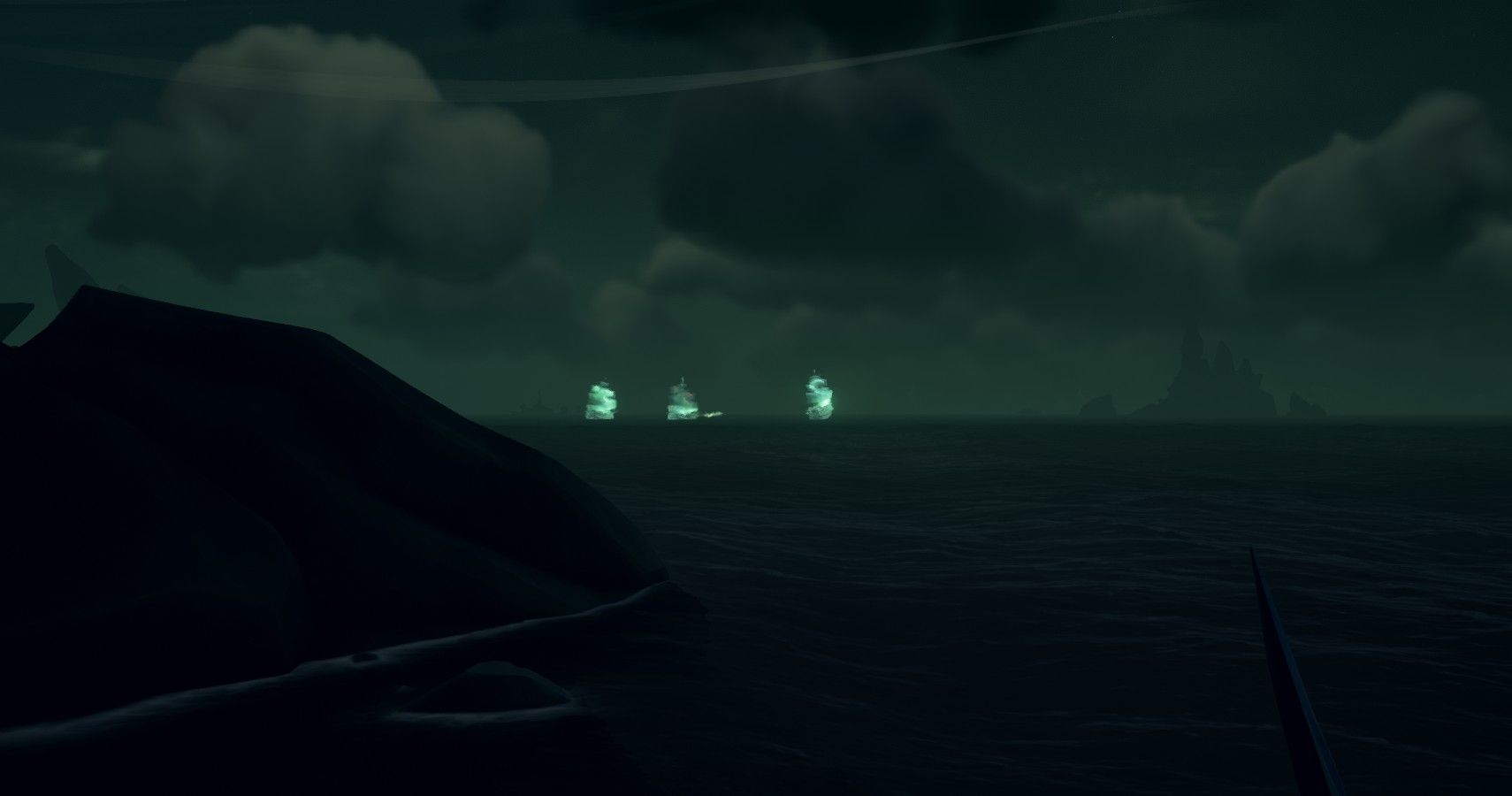 Pendragon’s journal will tell you everything he knows about one of the three trapped souls, including which direction they can be found. From Shipwreck Bay you should be able to see a ghostly ship battle off the coast noted on the last page of the journal. If not, sail out in that direction and they should appear shortly.

Your mission is to chase this ancient battle until you come across a ghostly wreck near an island. Every time you get close to the ghost ships, they’ll disappear and reappear in the distance, leading you towards the wreck. Keep following them, and note the direction they’re sailing to help orient yourself as you travel, and you’ll come across the scene with the wreck. You’ll also note that one of the ships seems to have broken off from the battle, but you’ll come back to them later. 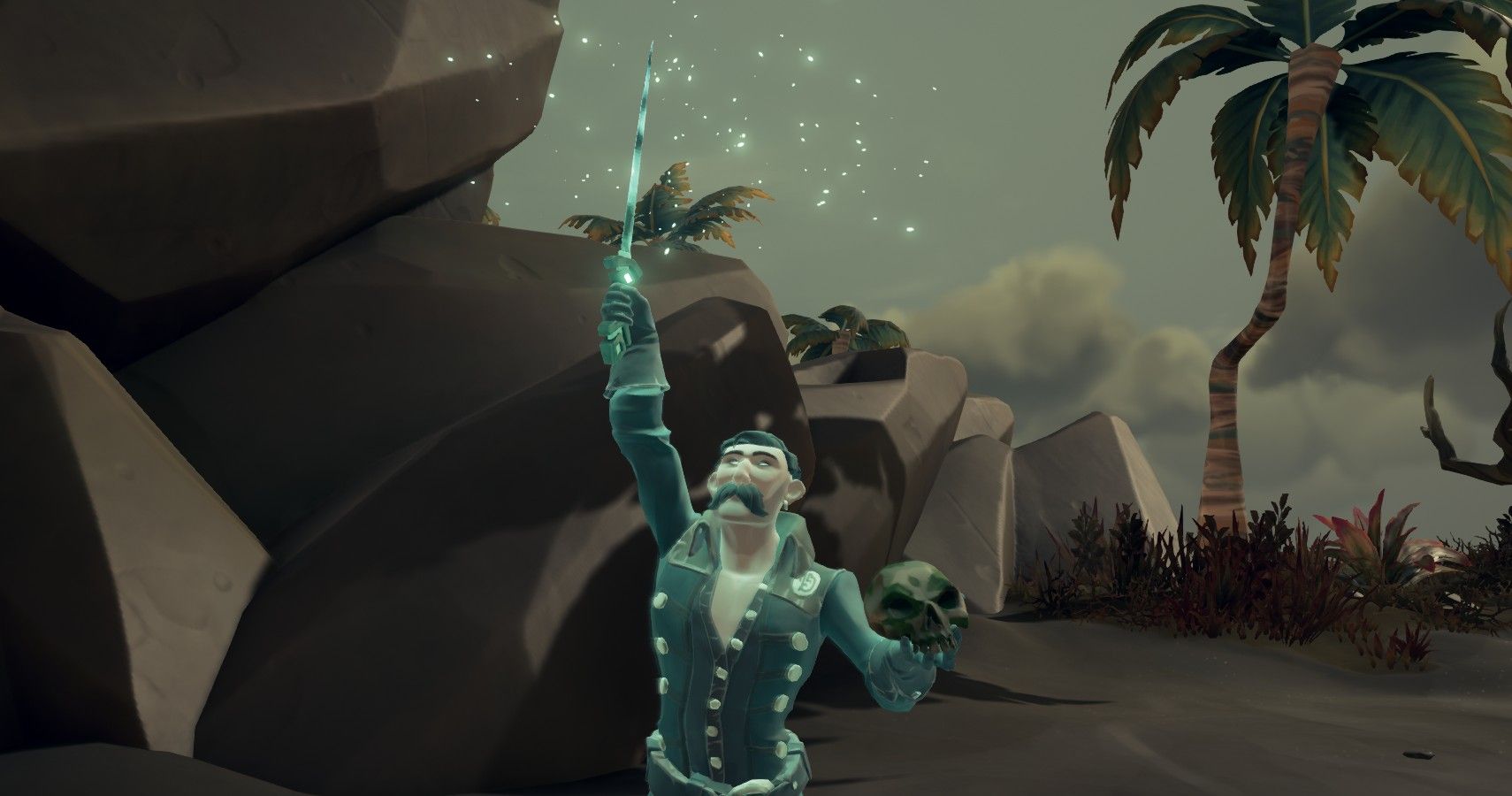 Once you’ve found the wreck, drop anchor and jump into the waters around it. Use the Ferryman’s Lantern to see more of the scene and explore it until you see the captain going down with her ship. At this spot, you should be able to find her skull on the seabed.

Pick it up and head for the nearby island. Pendragon should be there with his magic sword held aloft. Deliver the skull to him and he will free the soul, allowing you to hear her story and learn where the other ship went. Once the soul is finished, Pendragon will update your journal with the new information and send you to find the next lost pirate. 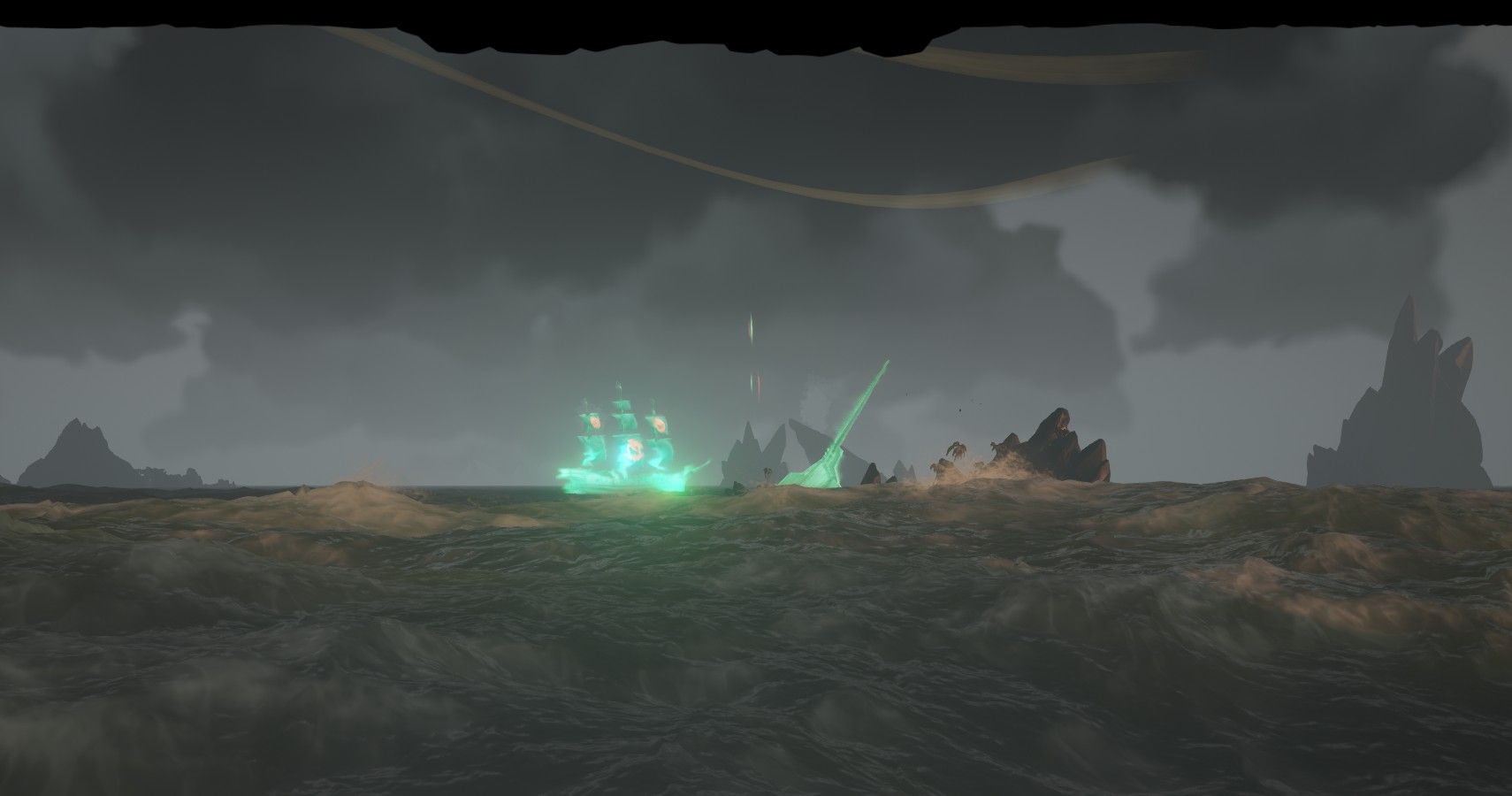 It’s a simple case to piece it together with the map, though. If she mentions an island where ‘monsters were slain’ she means Kraken Fall’s, or if it’s a named person like Fetcher you’ll want to look over the Devil’s Roar where the islands are named for the pirates that first died there.

Head over to the island but stay aboard your ship. Once you arrive, look to the horizon and you’ll spot the ghostly ship in question. Sail on over and you’ll see it disappear and reappear like the first ship. Continue chasing it and you’ll once again find the ship sunken near an island. 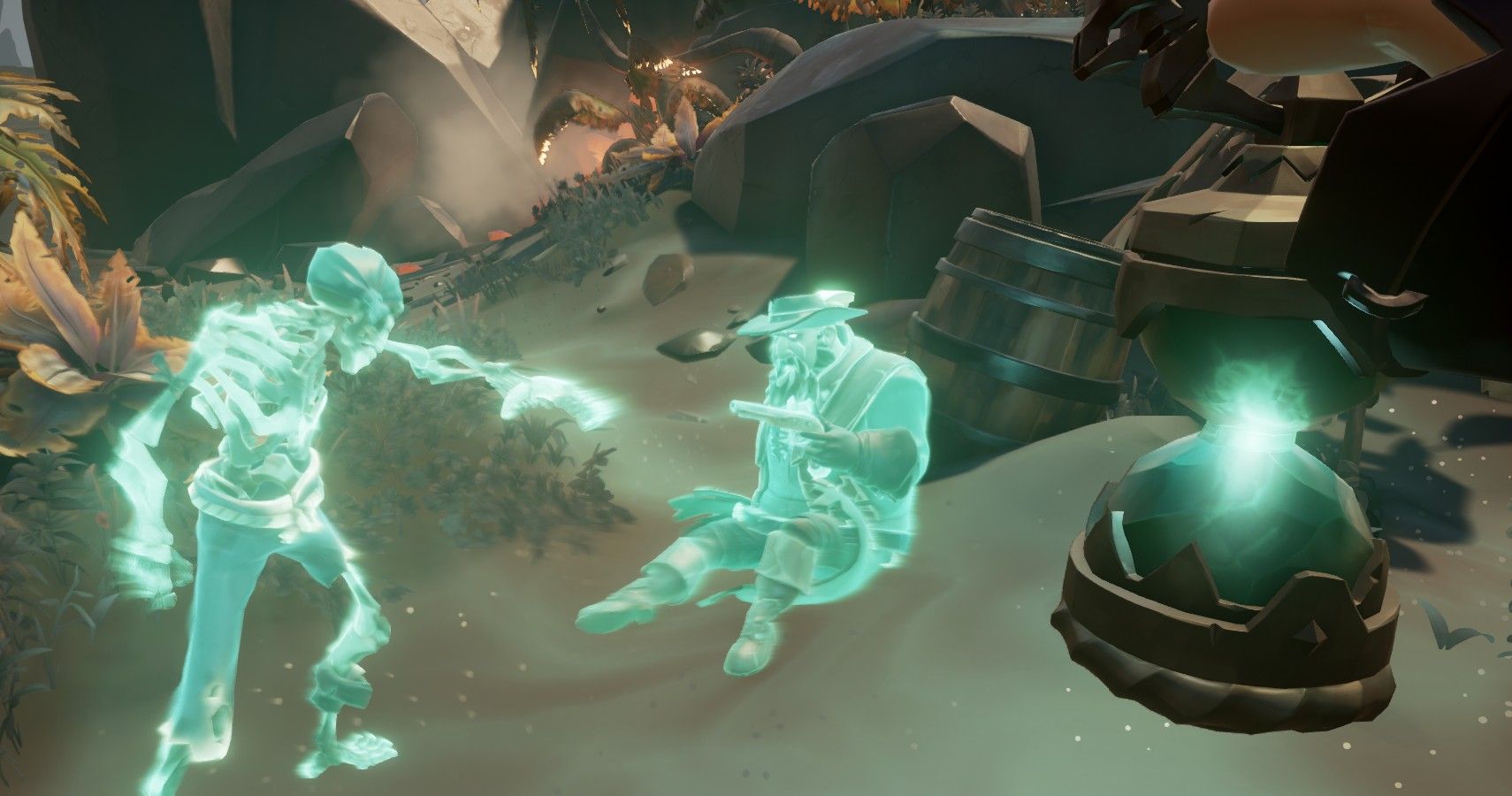 Instead of jumping into the water though, you’ll have to head to land this time. Look around and you’ll find ghostly footprints with the Ferryman’s Lantern. Follow them to find the Captain meeting his end by the skeletons chasing him. Where the poor soul dies is where you’ll have to dig with your shovel to unearth his skull.

Pendragon will appear somewhere nearby and you” need to hand over the skull in order to free the second soul. Once again, he will have the chance to tell his tale and Pendragon will update the journal with this new information to find the final captain, who was captured on the Ashen Dragon before the battle began. 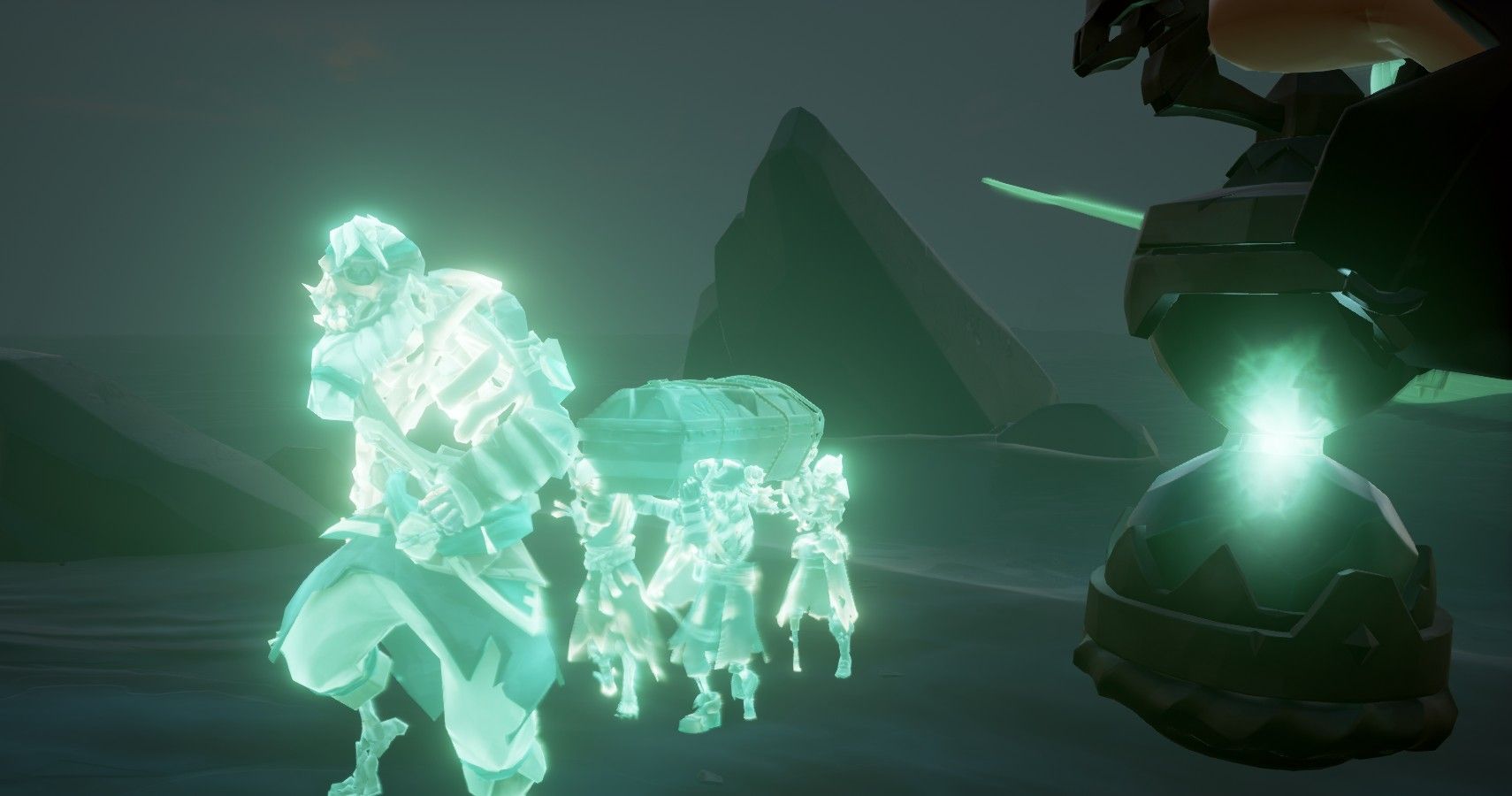 The final soul you need to free was actually on the Ashen Dragon, so there are no more ghost ships to follow but this one. But first, you’ll have to know where to start. Luckily, the sketch highlights exactly which island to start at, although it doesn’t name it.

Head over to your map table to help narrow it down, but the circled island will be within the Devil’s Roar, so focus your attention there. There are four possible islands it could be, so if you’re still struggling, look for Brimstone Rock, Molten Sands Fortress, Morrow’s Peak Outpost, or Ruby’s Fall and see if they look like the outline in your picture.

Once arrive at the right island once again, look to the horizon and you’ll see the Ashen Dragon sails glowing with that eerie ghostly light. pursue them across the waves and you’ll eventually make your way to Flintlock Peninsula. Don’t just rush there though, because you need to chase the ghost ship there to begin the next stage of your journey.

Once you do arrive, you’ll see a funeral procession leave the ship and head into a cave. Follow them as far as you can. 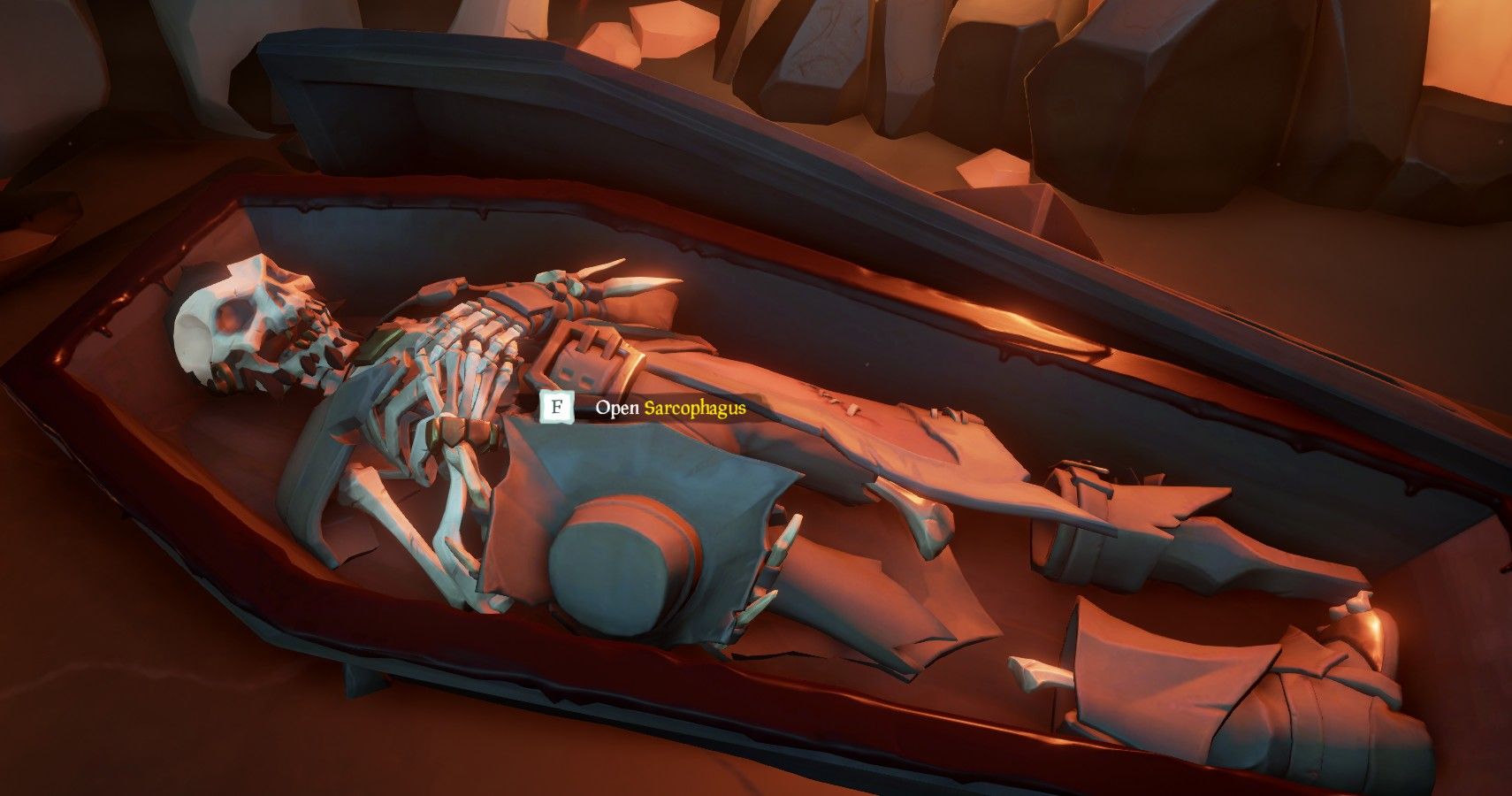 Soon enough, you’ll see the skeletons walk through the wall you can’t pass. Luckily, you’ve got your friend Pendragon the ghost nearby. He’ll open the door and allow you entry to the catacomb with the sarcophagus inside.

Open it and retrieve the skull, but be wary as skeletons will be waiting for you back beyond the wall to kill you for trespassing. Take the skull somewhere you can easily pick it up and battle the mob trying to stop you. 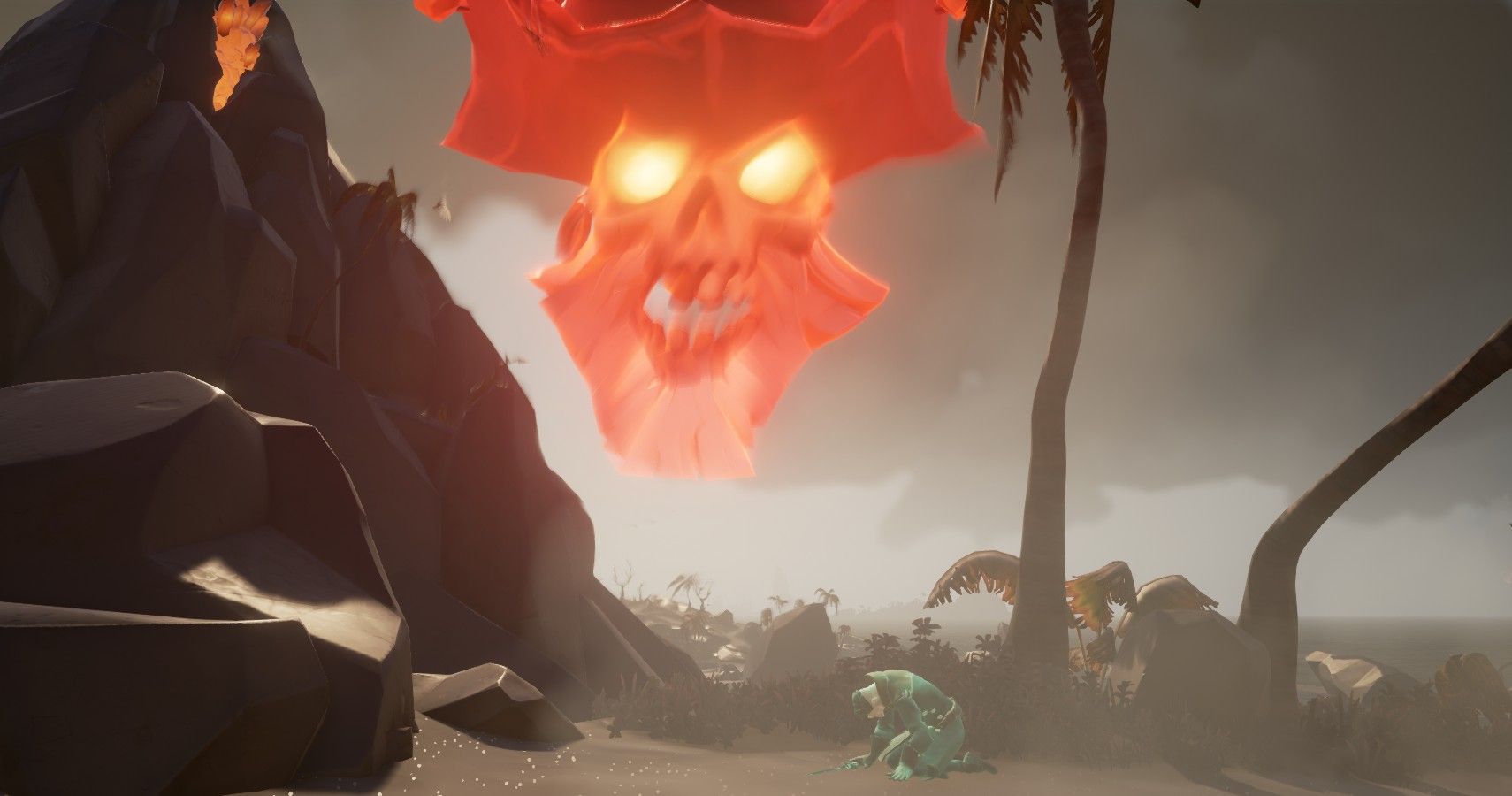 With them gone, retrieve the skull once more to deliver to Pendragon. Once he’s freed the definitely-not-evil soul within, the Tall Tale will be complete and you will be awarded with a pretty cool sword for your trouble.

Next: Sea Of Thieves: How To Customize Your Ship 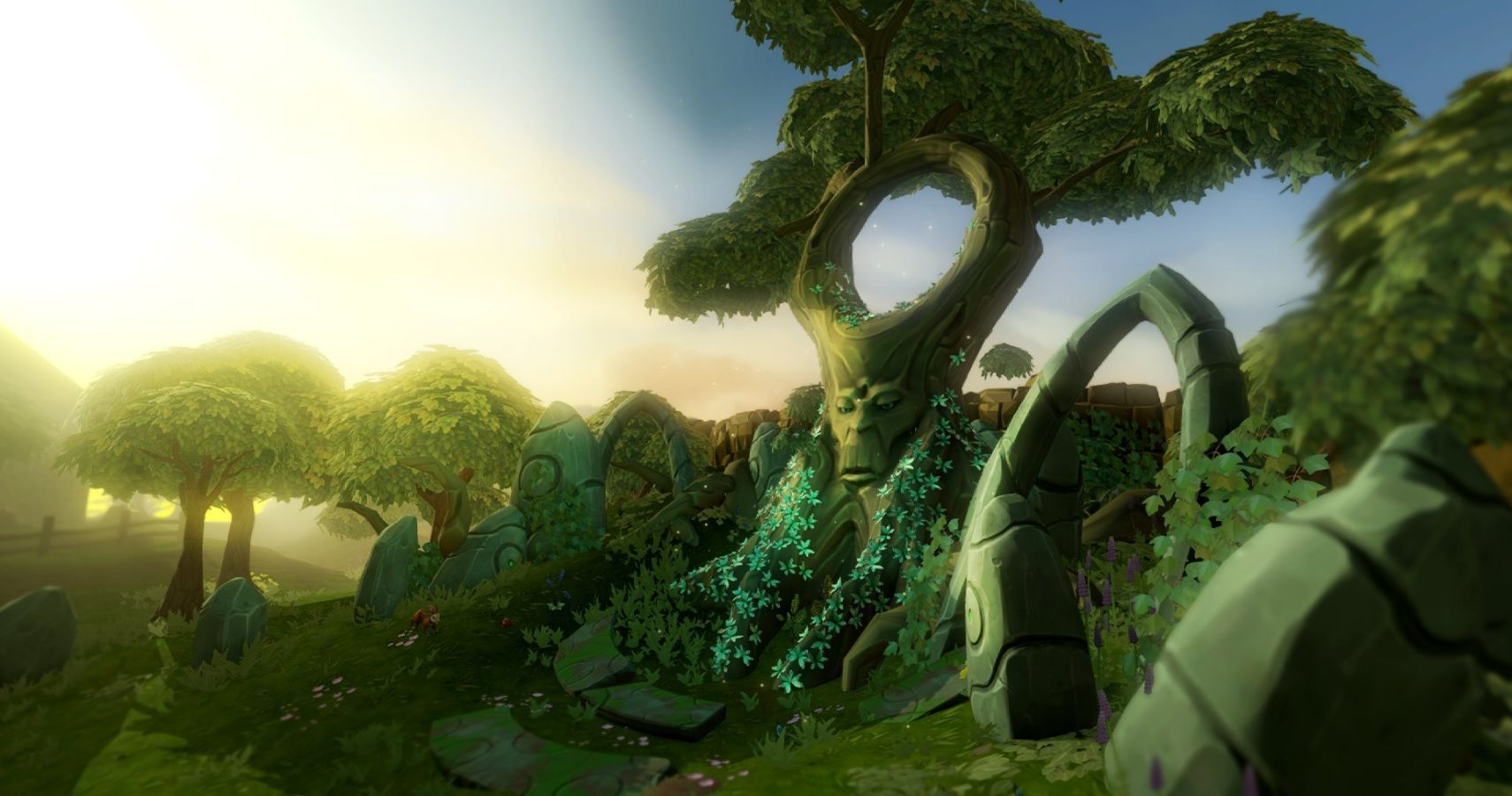