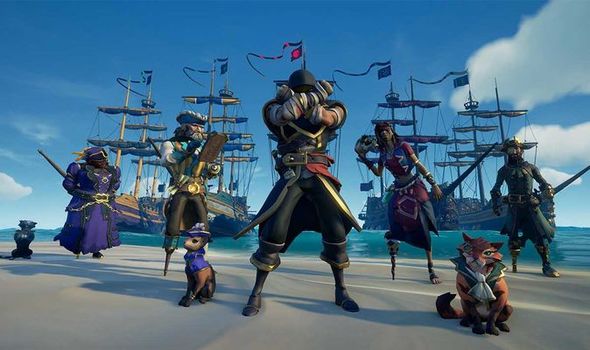 Sea of Thieves Season 2 promises to be the next big event in the popular pirating calendar, with the development team promising new content and adventures on the open seas.

For those who might have missed the original launch back in January, Sea of Thieves Seasons is a new format for Rate to launch content and features.

Season 1 saw the Merchant Alliance Voyage become a permanent part of the game, while other Challenges and events were also added during the three-month period.

The good news is that seasonal content is free for all Sea of Thieves pirates to play, with the updated progression system offering fresh rewards to earn as you progress through levels of Renown.

The aim of Seasons is to reward players for enjoying all parts of SoT, and Renown can be earned in a ton of different ways, and isn’t wholly dependent on handing in loot.

Trials is another important of the new Seasonal system, and gamers can expect more individual Deeds to be unlocked this week that will test your adventuring, exploring and battling capabilities.

Meanwhile, the Sea of Thieves Season 2 release date has been locked in for this week and Rare has started sharing its launch plans.

WHEN DOES SEA OF THIEVES SEASON 2 START?

Developers Rare has confirmed that the Sea of Thieves Season 2 release date has been locked in for Thursday, April 15, 2021.

The game’s support team has warned that certain cosmetic items tied to Season 1 will be disappearing on the same day ahead of the big update.

Rare has also confirmed that the Sea of Thieves Season 2 release time has been set for after 10am BST on April 15, as this will be when servers are shut down for maintenance.

With such a big patch coming to the game, it wouldn’t be surprising to see the Sea of Thieves servers go offline for at least an hour, if not longer.

A message from Rare explains: “The Sea of Thieves servers will be offline from approximately 10am BST tomorrow, Thursday 15th, so that a new Season on the seas can begin! Please plan your Voyages accordingly.

“Grabbed your gilded Gold Hoarders gear yet? If not, you’ve got until 10am BST tomorrow, Thursday 15th, to collect some chests and polish off the Vault Raiders Event!

“Don’t miss your chance to broadcast your mirth at the blunders of your buddies in an unnecessarily exaggerated fashion – the ROFL Emote is only available from the Pirate Emporium for free until 10am BST tomorrow, Thursday 15th.”

More news on when Sea of Thieves Season 2 will be playable is expected to be shared by Rare through its social media feeds.

A rundown on how the new Seasons work can be found below, courtesy of Rare:

Deeds are basic acts performed within Sea of Thieves such as sailing to new islands, battling skellies or digging up loot.

Challenges involve performing more precise actions such as illuminating all lights within your ship, or battling specific Pirate Lords.

Trials are a series of varied Challenges available each Season that all pirates can take part in.

Completing any of the above will earn Renown for your pirate, and the more Renown which you earn, the more rewards you will unlock.

Players who purchase a Plunder Pass will have access to premium cosmetic items, with any items debuting in the Plunder Pass remaining exclusive for that Season (before being made available to the public the following season).