Most people can easily rattle off a handful of their favorite games, but comparing every game you’ve ever played against every other one is tough – especially if you’re supposed to rank them. But what if you limit the field a bit? If you only compare the games within a specific series, it gets easier to single out your favorites. With that in mind, I’ve chosen five major franchises in which I’ve played every mainline installment, and then selected the one game from each that deserves to wear the series’ crown. 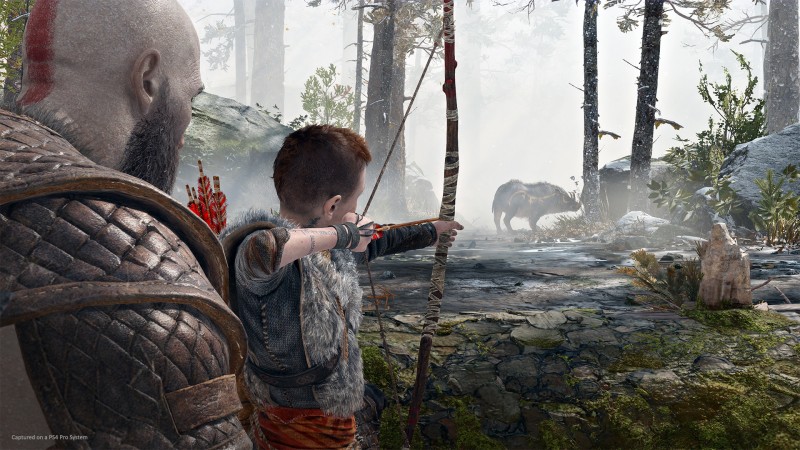 I’ve been a fan of God of War since the beginning. I loved the original trilogy, I enjoyed the PSP spin-offs, and I even had fun with God of War Ascension. But even though those older games drew me in with their bombast and gore at the time, today they just feel like the foundation that made 2018’s God of War possible. That isn’t to diminish their influence, but I don’t think Kratos’ original adventures have aged particularly well. However, his most recent outing takes a mesmerizing leap into the modern era, updating the series’ approach to combat and redefining the tone of the its narrative. Kratos is a quiet, restrained father – a transformation that carries added weight if you played previous games, but doesn’t depend on them to tell the tale. The fights are more brutal and intimate, trading zoomed-out blade-slinging for up-close axe-throwing. And delving into Norse mythology opens up a whole new pantheon for Kratos to confront. But even though the gameplay and story are great, the thing that elevates this entry above its peers is its ability to acknowledge the past and learn from it, a theme that applies to God of War just as much on a meta level as it does to the in-game events.

One word: Vergil. The original version of Devil May Cry 3 was already a high point in terms of ridiculous weapons, stylish combos, and action-packed cutscenes. But when the special edition released, it introduced a playable version of Dante’s twin brother, Vergil, and sent this entry blowing past the competition. He offers a distinctly different playstyle from Dante, emphasizing precision and mobility rather than overwhelming force. And, let’s face it: With his icy and aloof demeanor, Vergil is just cooler than Dante. Of course, other games in the series have also added Vergil (including special editions of Devil May Cry 4, Devil May Cry 5, and even DLC for Ninja Theory’s DmC), but none of those versions are built on Devil May Cry 3’s rock-solid foundation. The base game has creepy demonic locations, amazing boss fights, and a versatile progression system that lets players develop a playstyle tailored to their preferences. When taking all of that into account, plus the option to play as either Dante or Vergil, this entry is undeniably the total DMC package.

If you can’t get enough of series-related lists, check out our rankings for every entry in The Legend of Zelda franchise, as well every Rockstar game. And if you’d choose different games for the series listed above, let us know in the comments!