Shoot The Clothes Off Anime Girls In The New Gal*Gun

PQube is a publisher known for its quirky indie titles. Supermarket Shriek was the latest game to come from them, which showcases a man on a runaway shopping cart where both his and a goat’s screaming directs the course of the speeding cart as they attempt to avoid various obstacles like swinging axes and in-store bonfires.

But one of PQube’s better-known franchises is Gal*Gun, a very specific style of shooter game from Japanese dev Inti Creative. Gal*Gun got started as a rail shooter back in 2011 for the Xbox 360/PS4 generation. It was only ever released in Japan, and for good reason. The game takes a bizarre concept to such an extreme that it’s not until recently that publishers would even dare bring Gal*Gun to Western audiences.

In Gal*Gun, you play as a high schooler that’s suddenly and inexplicably the center of attention for every woman in school. From first years to tenured staff, all will throw themselves at you with love notes of wild screaming, and your only recourse is to fend off their advances with something called the “Pheromone Shot.” 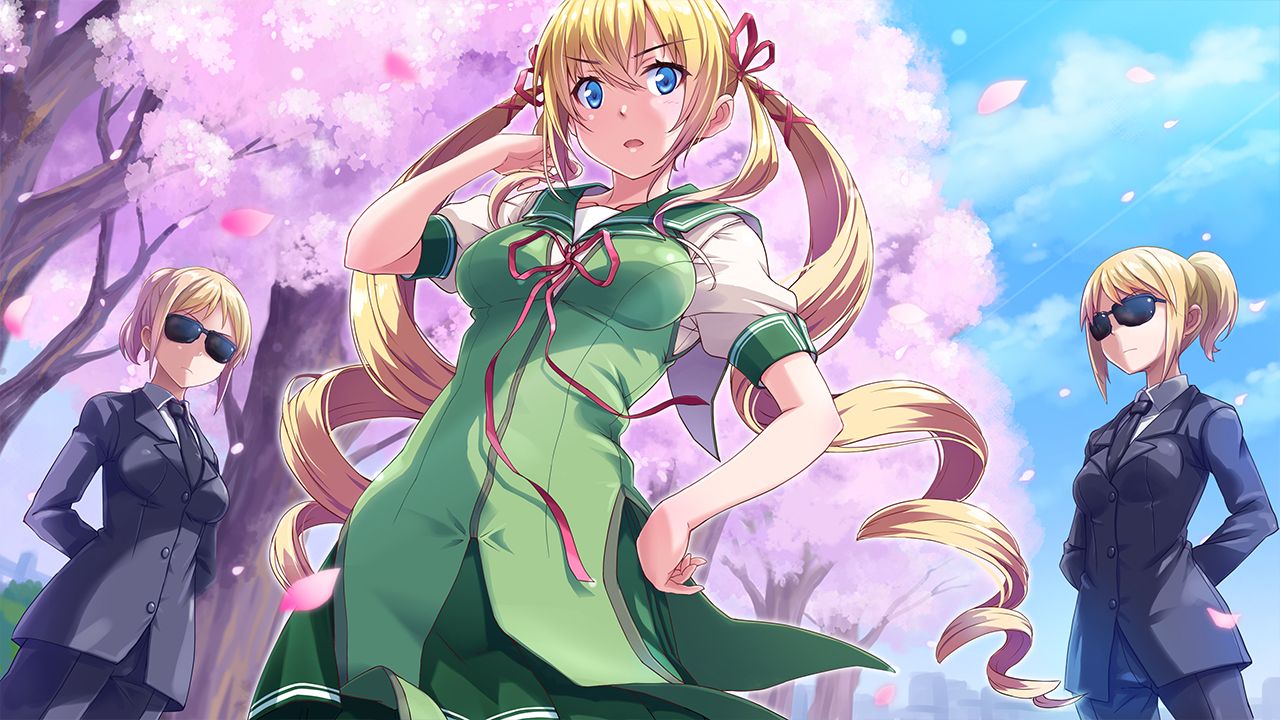 It’s a gun that shoots pheromones. Hit girls in just the right spot and they’ll suddenly collapse into moaning piles of ecstasy. Hence the name of “Ecstasy Shot” whenever you hit a girl’s weak point.

If it’s not obvious enough just where this game is headed, there’s Doki Doki mode where you can halt the action to pan the camera around any woman you want for that perfect close-up shot. There’s also “Mama kita gamen” or “Mom arrived screen” which changes the gameplay to a retro arcade shooter. Just in case someone were to walk in and discover what sort of lewd game you’ve decided to play all alone in your bedroom.

Believe it or not, there are actually four games in the Gal*Gun franchise, including Gal*Gun: Double Peace for the PS Vita, Gal*Gun VR, and the latest game, Gal*Gun 2 for the PS4, Switch, and PC via Steam. And pretty soon, the original Gal*Gun will be back in remastered form thanks to Gal*Gun Returns.

With upgraded graphics, new gameplay modes, additional CG cutscenes, revamped and remodeled girls (and more of them), as well as the all-new Doki Doki Carnival, Gal*Gun Returns be the first time the first Gal*Gun game makes of overseas.

Gal*Gun Returns arrives sometime in 2021, but not for the PS4.