Terry Cavanagh, creator of VVVVVV and Super Hexagon, thinks balance is overrated. Or, at least, he thinks that balance is overrated in Dicey Dungeons, the title he’s been working on alongside musician Chipzel and artist Marlowe Dobbe for the past few years.

Dicey Dungeons is a card and dice game that follows six quirky characters through procedurally generated episodes of a game show hosted by Lady Luck. Polygon got a look at the title at this year’s Game Developers Conference in San Francisco, and it’s shaping up to be a delight of a game.

Battles in Dicey Dungeons are turn based, and each turn begins with rolling a number of dice. After dice have been rolled, you slot each dice into ability slots on the board to deal damage or apply other effects (such as healing, poisoning, or simply rerolling the target die). The straightforward warrior can slot dice into damage dealing or shield-providing abilities, whereas the more chance-based Jester pulls cards from a deck, which can take dice or can be matched together using the Jester’s ultimate ability. 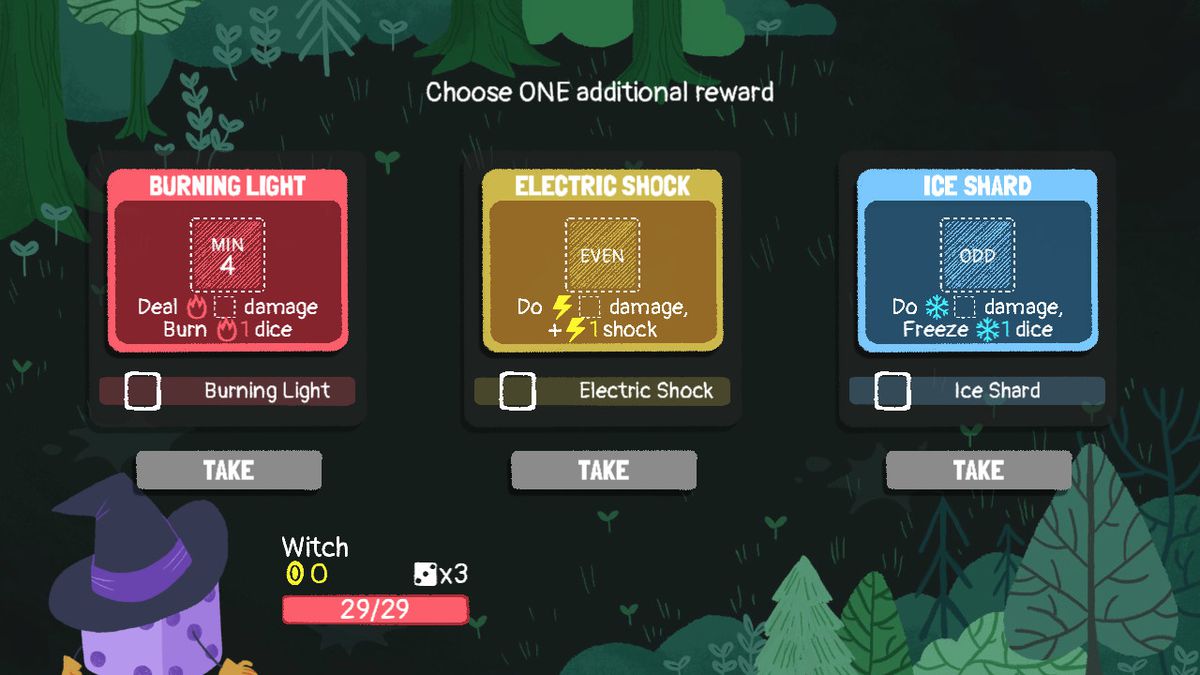 Dicey Dungeon’s whimsical design is a departure from Cavanagh’s previous work. In early stages of the game, Cavanagh explained, Dicey Dungeons was more directly influenced by familiar fantasy tropes, such as those found in Dungeons & Dragons, but with Marlowe Dobbe at the artistic helm, she’s re-interpreted Cavanagh’s designs for a more cartoonish look.

Cavanagh also that the game is mostly based on a desire to create his own spin on the 2014 roguelike deckbuilder, Dream Quest. The design similarities to Dicey Dungeons are visible, as both Dream Quest and Dicey use the idea of a procedurally generated world and deckbuilding mechanics, though Dicey takes the concept in a completely different direction aesthetically and in narrative. The elements of randomness lent to the game by each turn beginning with a dice roll complicates a standard card game flow, and each Dicey character’s unique abilities and moveset change it even further.

The result seems to be in line with what Cavanagh wants for the game: A roguelike that anyone can get into, without the grim-dark stylings of many games in the genre. The mechanics feel more accessible too. While characters play differently from one another, each is understandable variant on the game’s core combat design.

The game is built to be replayed multiple times, meaning that every life should provide a unique experience. Each class can find new abilities and roll more dice per turn, eventually cascading damage and skills used in each turn. Imbalanced? Maybe. Fun? Absolutely.

Dicey Dungeons is expected to release later in 2019 for PC.