Skyrim: Pieces Of The Past Quest Walkthrough

Daedric Artifacts are some of the strongest items in The Elder Scrolls franchise. These items have unique properties that are absurdly strong, ranging from unbreakable soul gems to weapons that instantly kill enemies.

How To Start Pieces Of The Past 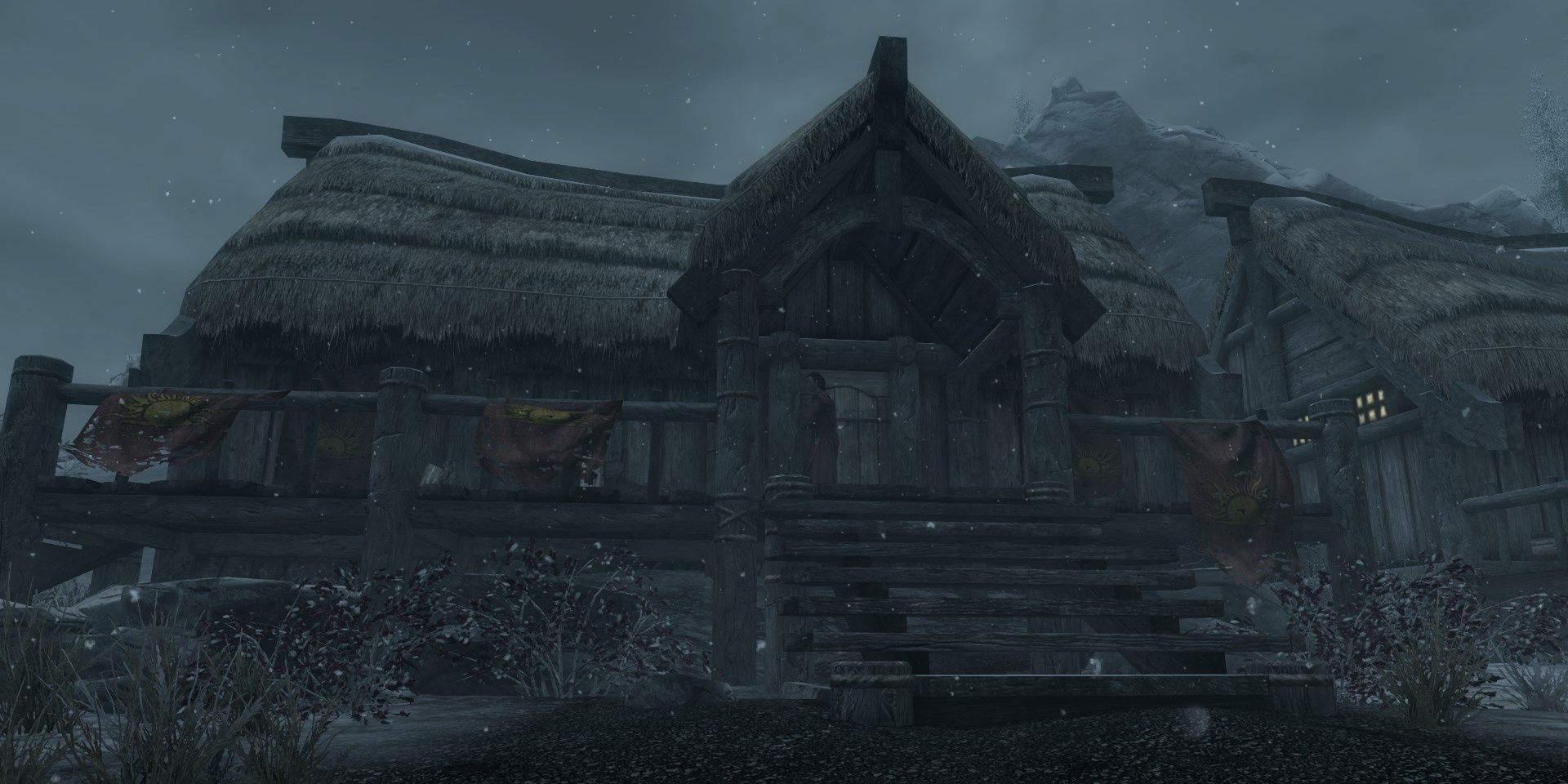 After you reach level 20, a courier will deliver an invitation to visit a new museum in Dawnstar. Should you reach travel to Dawnstar before the courier delivers the invitation, you can walk up to the museum to start the quest. 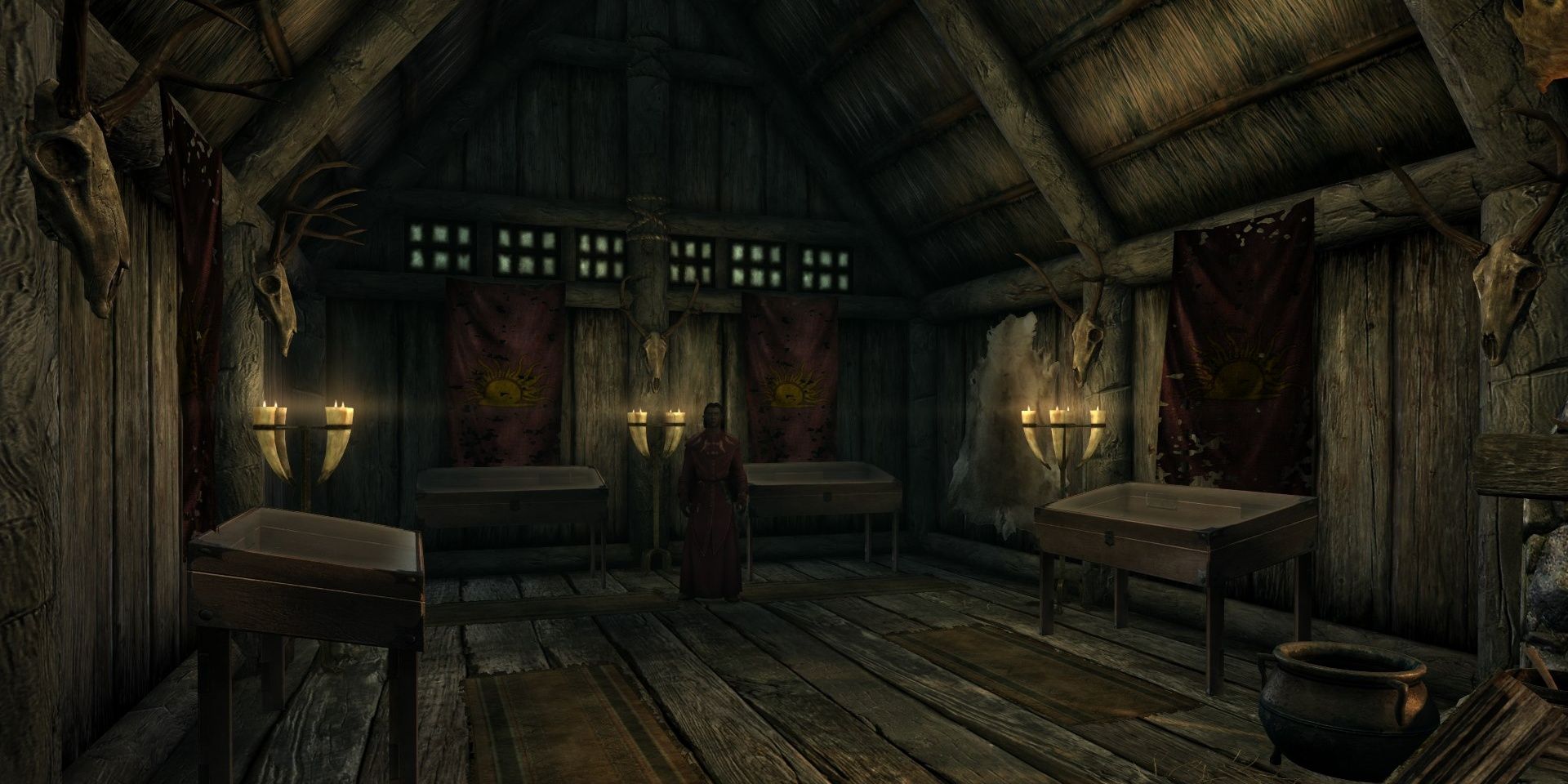 The Museum of Mythic Dawn, known as Silus Vesuius’s house in-game, is the museum the pamphlet referred to. It can be found near the coastline on the north end of town. Walking near the museum will trigger a scripted dialogue sequence between Silus, the museum owner, and court wizard Madena. Speak to Silus to get a tour inside.

Silus will allow you to browse the contents of the museum, although you can continue the quest by talking to him straight away. Oblivion fans will recognize most of the items Silus has collected. Whenever you’re ready, speak to Silus once again to hear about a job offer.

He will tell you that Skyrim has fragments of Mehrunes’ Razor, a powerful Daedric Artifact that belongs to Mehrunes Dagon. Silus will ask you to retrieve three pieces: the pommel, blade shards, and the hilt. 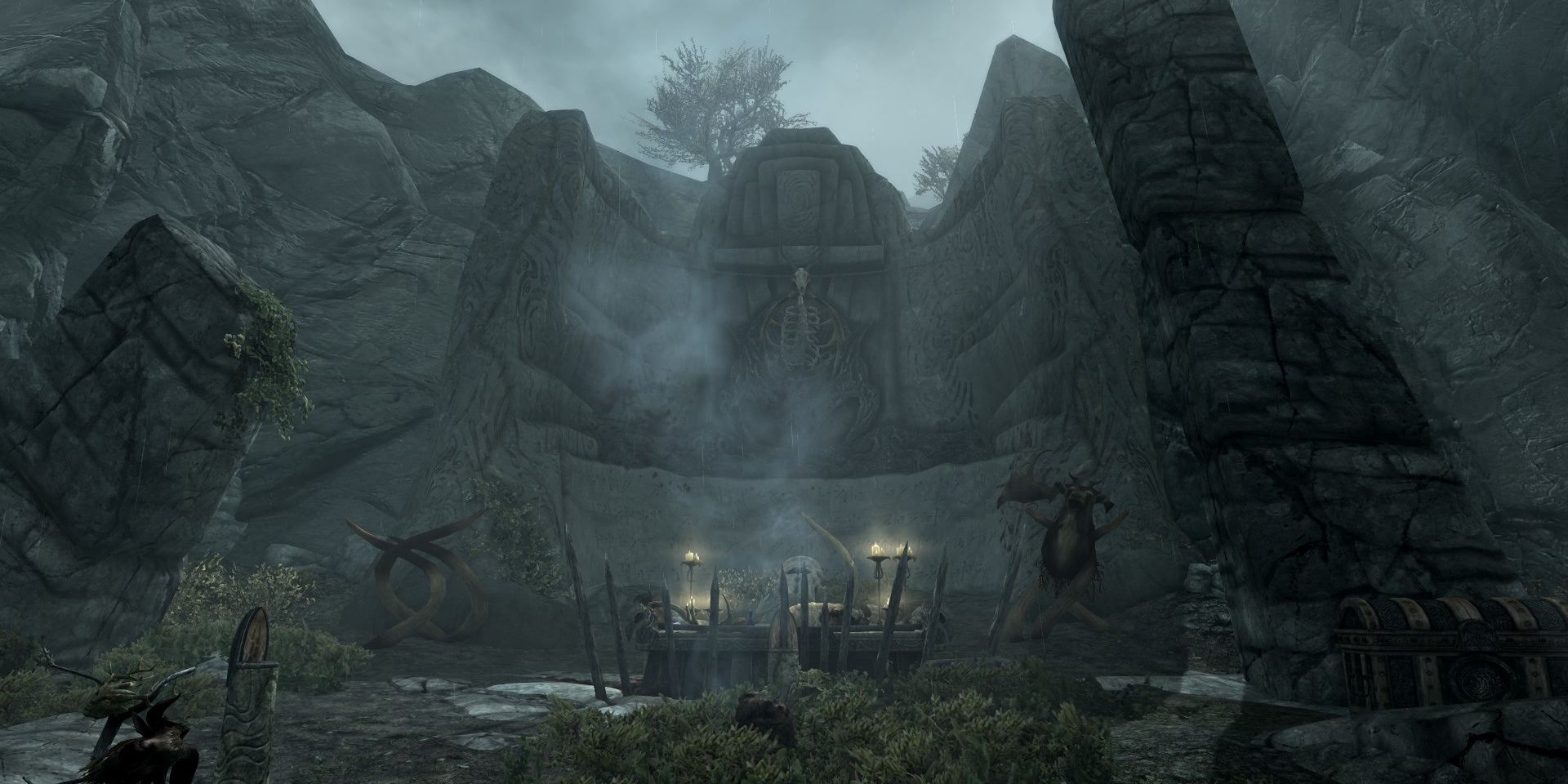 Reaching this zone can be quite a pain. Starting from the Left Hand Mine outside of Markarth, head southeast across the bridge. Shortly after crossing this bridge, you will find a fork in the road. Take the right dirt path. Follow this path until you reach a bridge crossing a waterfall. Instead of crossing the bridge, turn right and climb up the hill. The top of the hill will reveal a clear path to Hag Rock Redoubt. Enter the dungeon and clear it out.

The end of the dungeon will lead to a staircase that reveals the entrance to Dead Rock Crane. Enter the tower and climb to the top. Exiting the tower will reveal a sacrificial shrine in use by a Hagraven named Drascua. Her corpse will have the pommel for Mehrunes’ Razor. 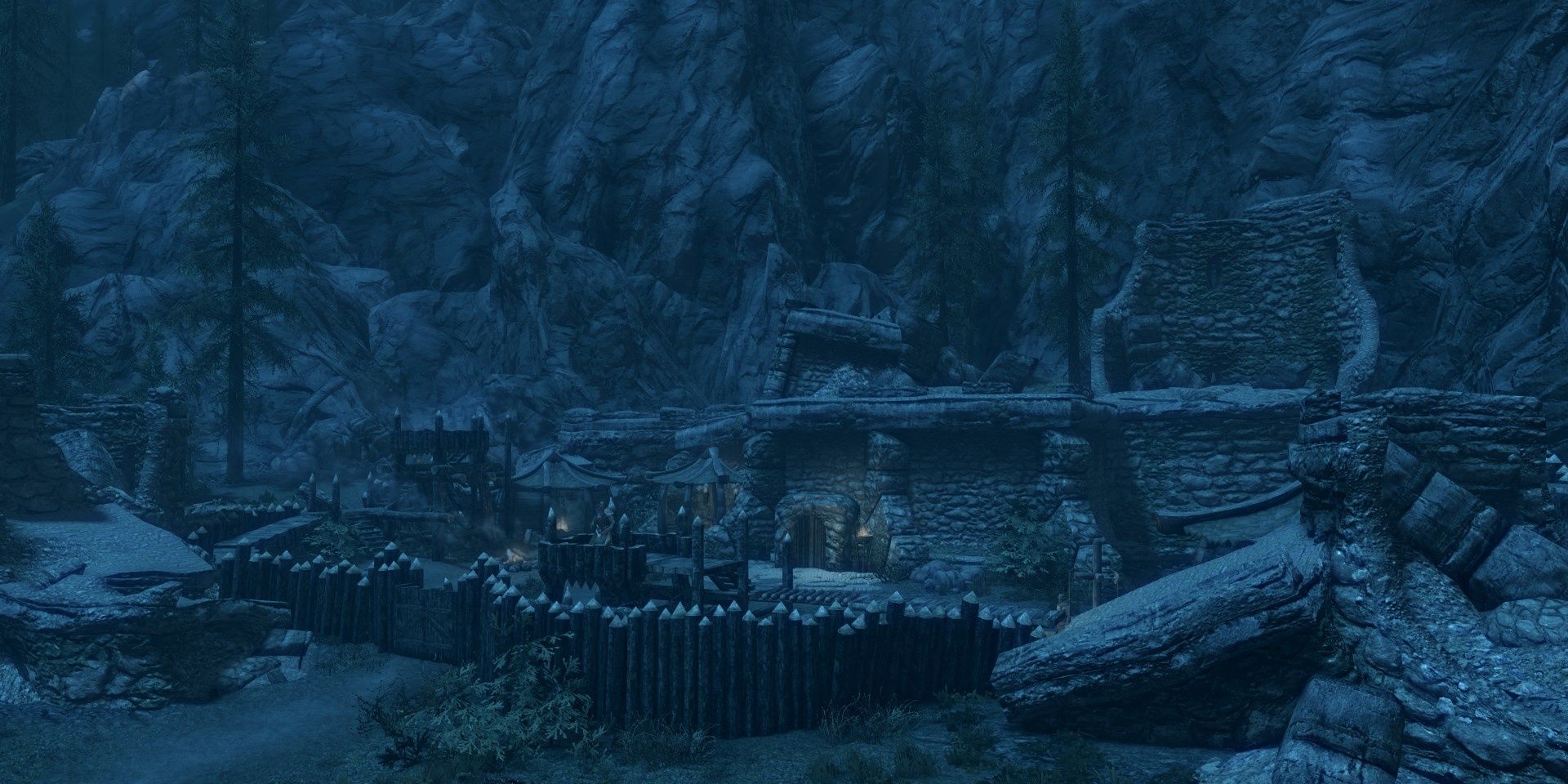 Mehrunes’ Razor’s blade fragments can be found in Cracked Tusk Keep, a fort directly west of Falkreath. Slay the bandits surrounding the camp and head inside. An Orc named Ghunzul has a key to the chest containing the shards. He can be found inside the keep on the third floor. You can either kill him or steal the key on the dresser near his bed; the result is the same.

Now that you have the key, proceed to the lowest floor of the keep. The key will unlock a button that opens up the Cracked Tusk Keep Vault. Keep an eye out for tripwires on the floor, as this area is riddled with traps. At the end of the corridor are the blade shards. 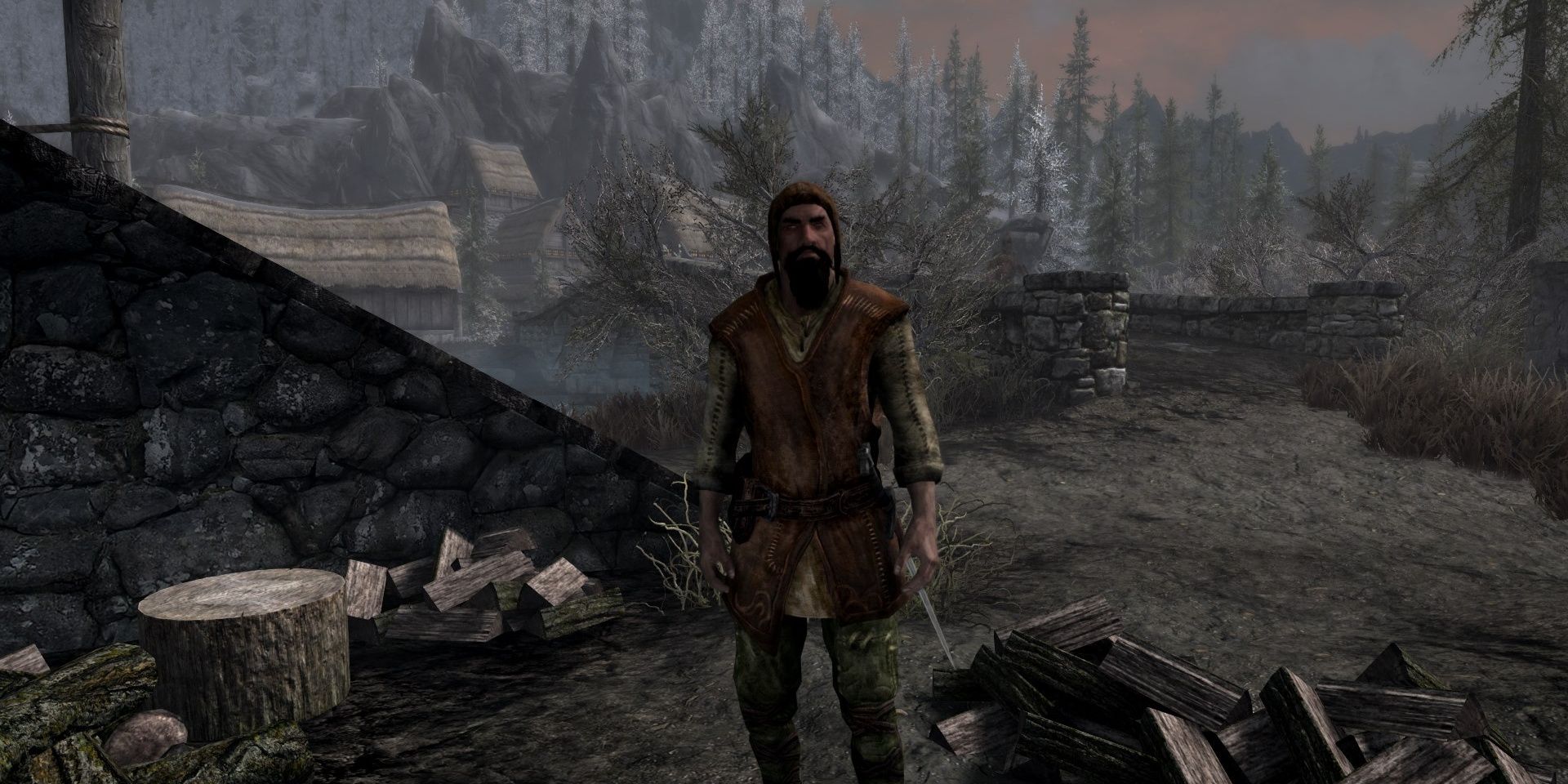 Obtaining the hilt is the easiest part of the quest. Travel to Morthal and head to the northern end of town. A man named Jorgen works at a mill for most of the day. Confront him about the hilt. He won’t give the hilt to you, leaving you with four options:

Any of those four outcomes will give you the key. Head into his house to unlock the chest containing the hilt.

Meet At The Statue 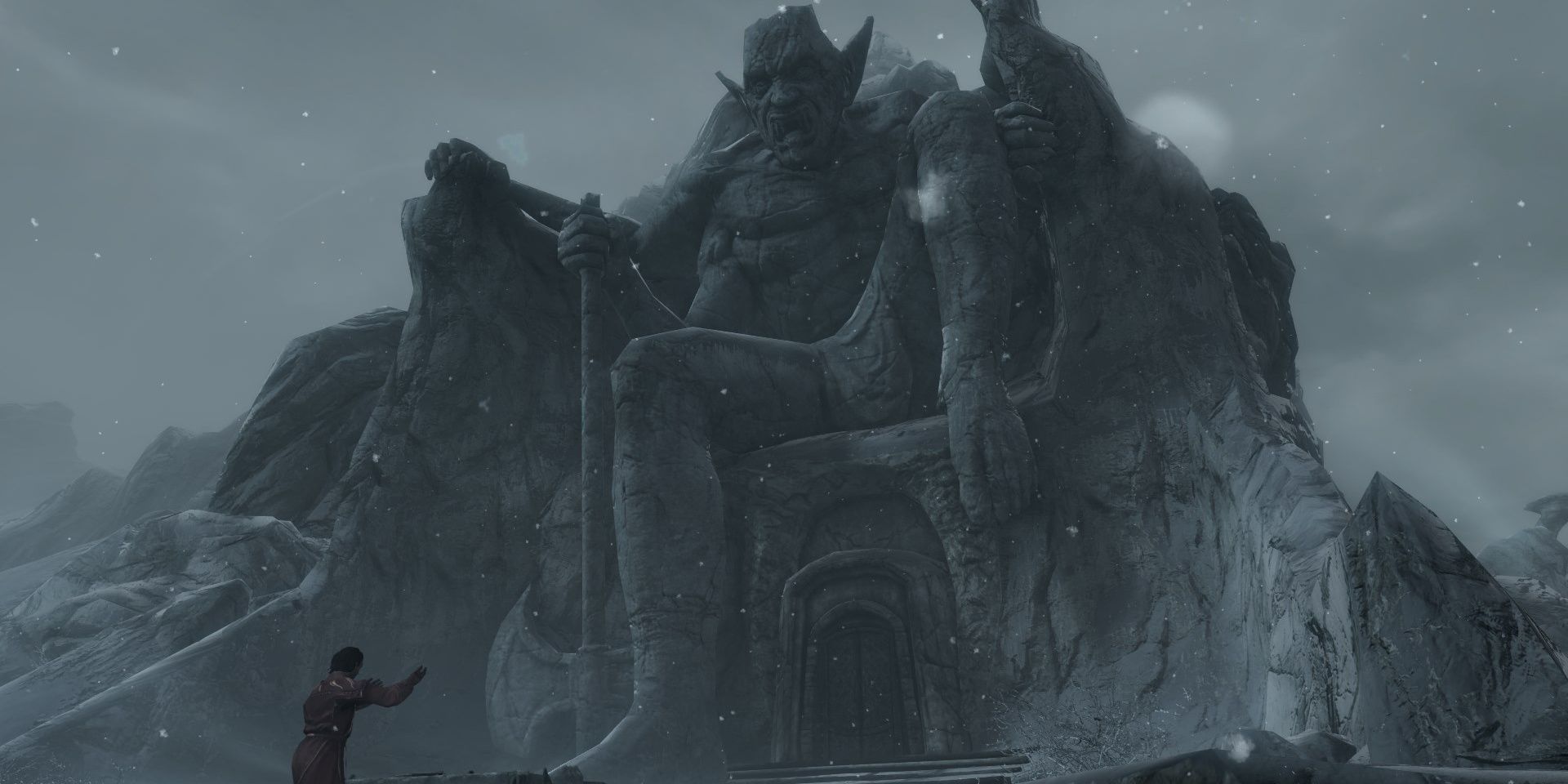 With all three pieces recovered, travel back to Silus’ museum to deliver the fragments. He will pay you a handsome sum of Gold. If you brought all three pieces at once, Silus gives much more Gold. The quest isn’t done yet, however.

Now that Silus has every part of Mehrunes’ Razor, he wants to reconstruct the Daedric Artifact. Regardless of dialogue choice, you will need to meet him at the Shrine of Mehrunes Dagon. The shrine is southwest of Dawnstar and a short walk from The Lord Stone. 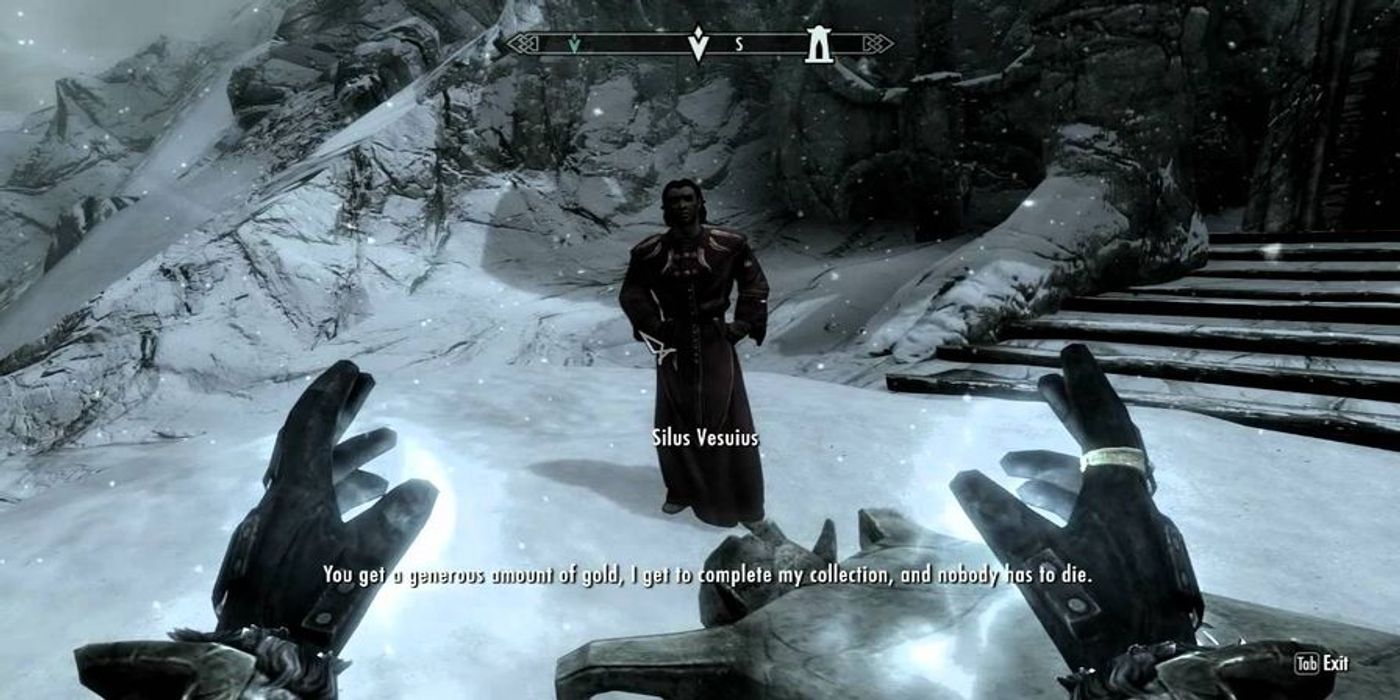 Asking a Daedric Prince to assist a mortal goes as well as you’d expect. Mehrunes Dagon would rather spill Silus’ blood than rebuild the dagger for him. Dagon will speak to you, asking you to kill Silus yourself. Silus will then speak to you, pleading for his life. You have two choices: 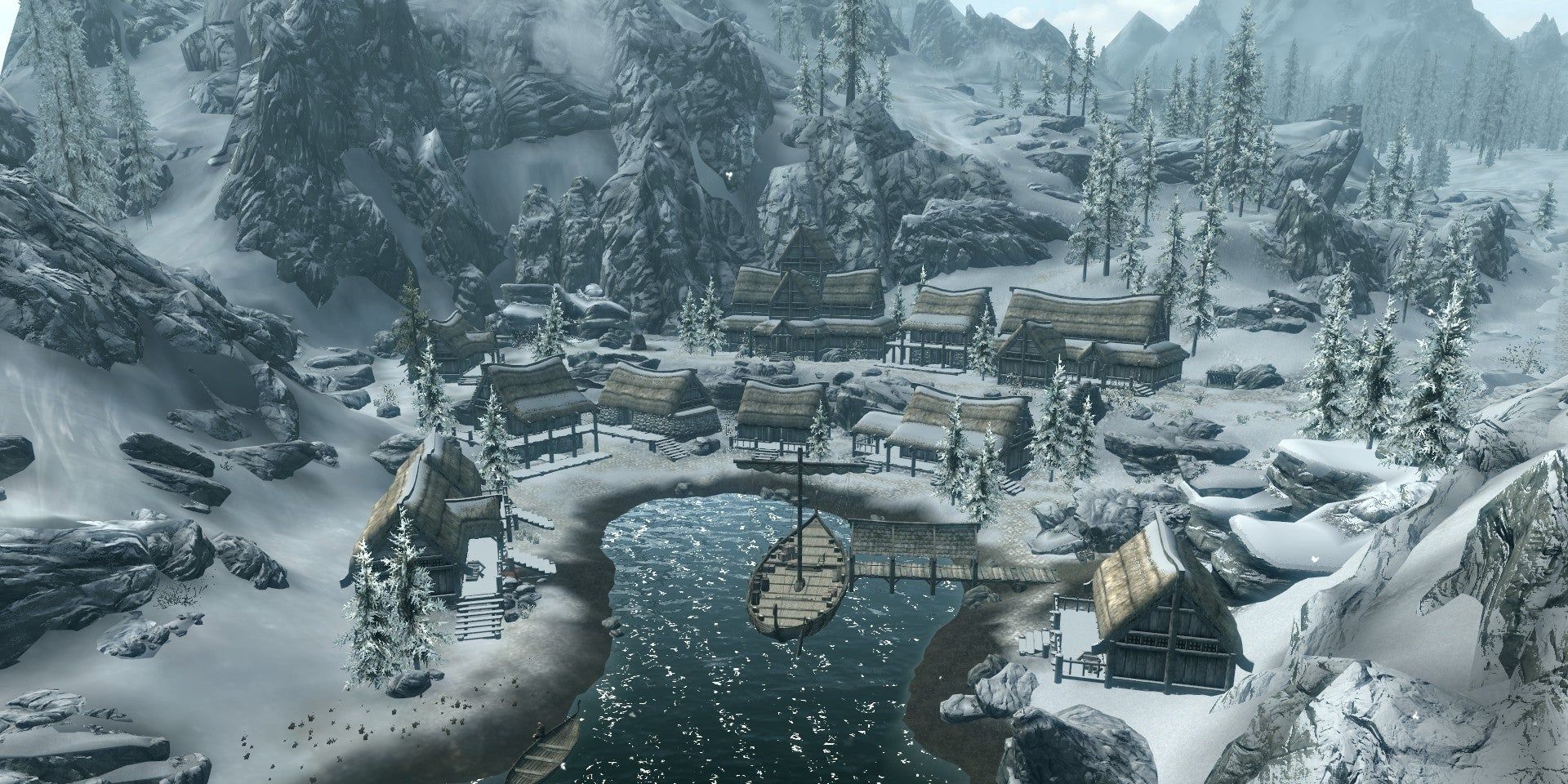 Should you spare Silus, he will run back to Dawnstar after giving you some gold. Consequently, Dagon will spawn two Dremora enemies to kill you and Silus. Kill them or flee to end the quest. Since you don’t get Mehrunes’ Razor this way, this voids the Oblivion Walker achievement. 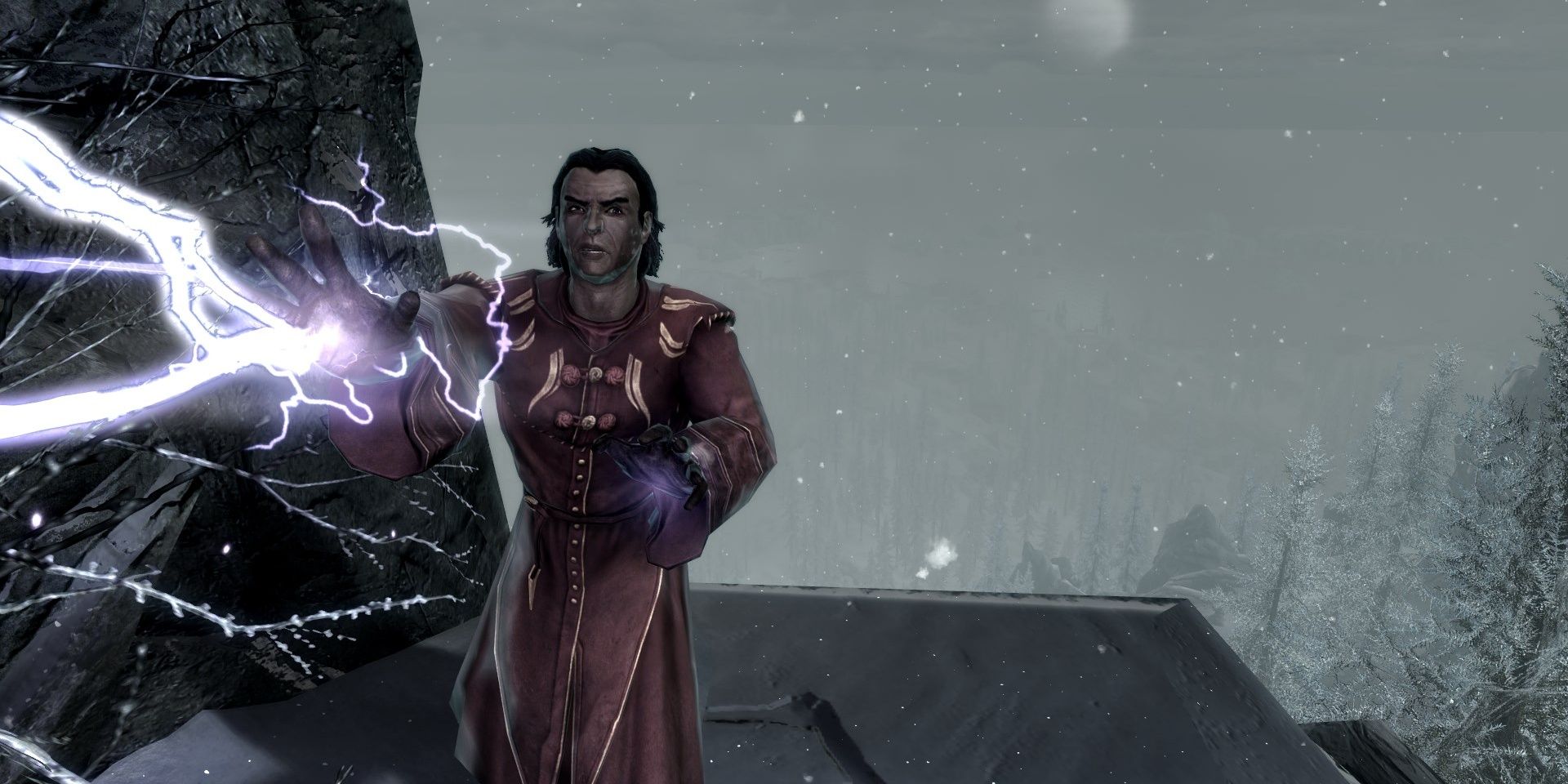 If you leave dialogue with Sirus or accept Dagon’s request, Silus will immediately turn hostile. He is an archetypal mage, using Destruction spells to take you down from a distance. Close the gap to take him down. Interact with the shrine once he’s dead to claim Mehrunes Razor. Dagon will spawn two Dremoras as one final test. 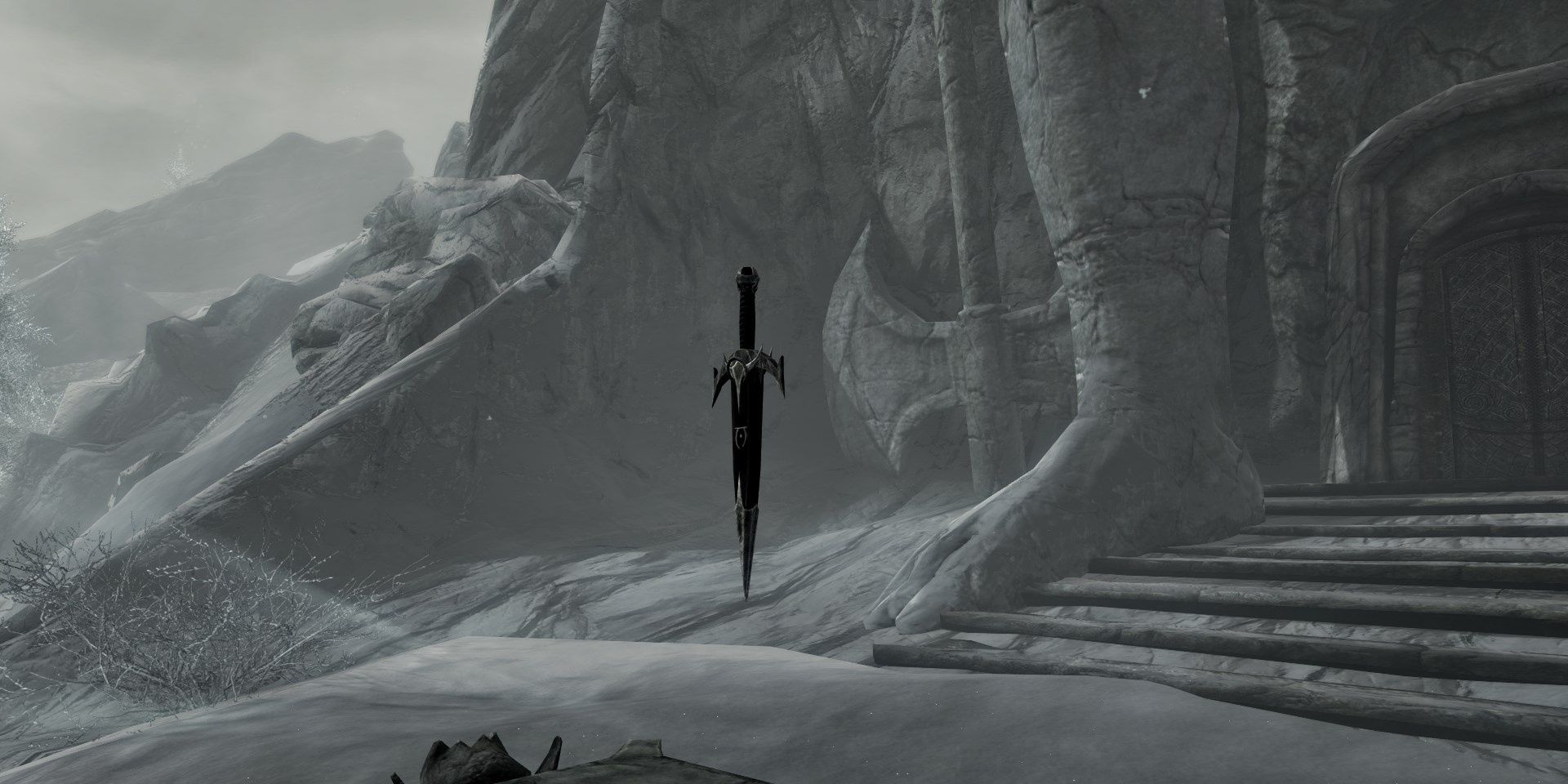 Helping Silus throughout the whole quest will give you a healthy sum of Gold. Unfortunately, this path does not grant Mehrunes’ Razor—voiding the Oblivion Walker achievement.

Fulfilling Dagon’s request grants his signature dagger as a reward. This weapon is effectively a Daedric Dagger while weighing half as much. Unique to this weapon, Mehrunes’ Razor has a 2% chance to kill someone instantly. This effect will kill any non-essential NPC including Legendary Dragons, Giants, and Dragon Priests. Sadly, a bug prevents this weapon from benefiting from any Smithing perks. The Unofficial Skyrim Patch fixes this bug. 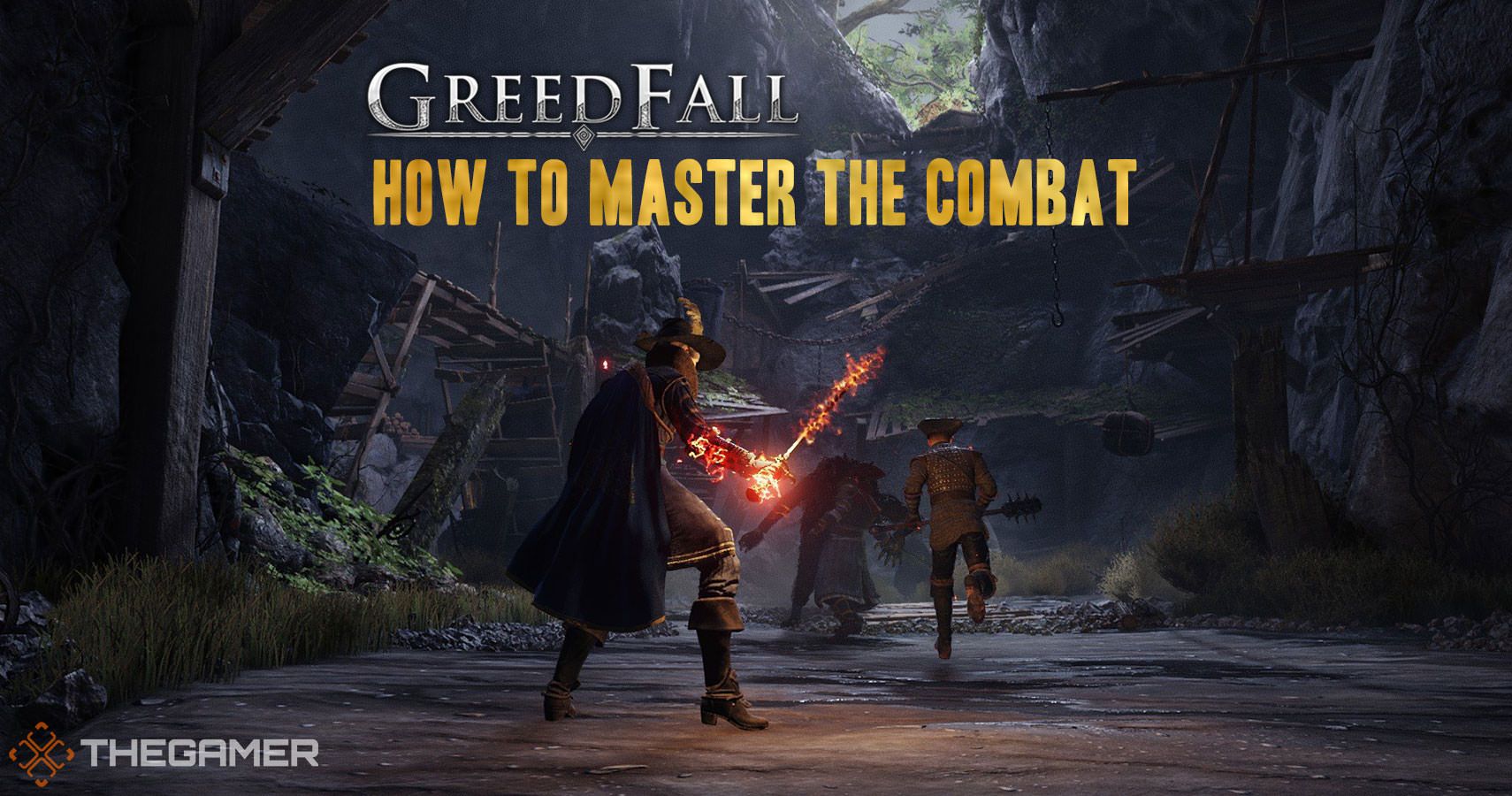