The Dainty Sload is another quest in Skyrim associated with the Thieves Guild. This quest tasks you with framing Volf, a ship captain that cheated the guild. You will need to complete this quest if you wish to become the leader of the Thieves Guild through the quest titled Under New Management. 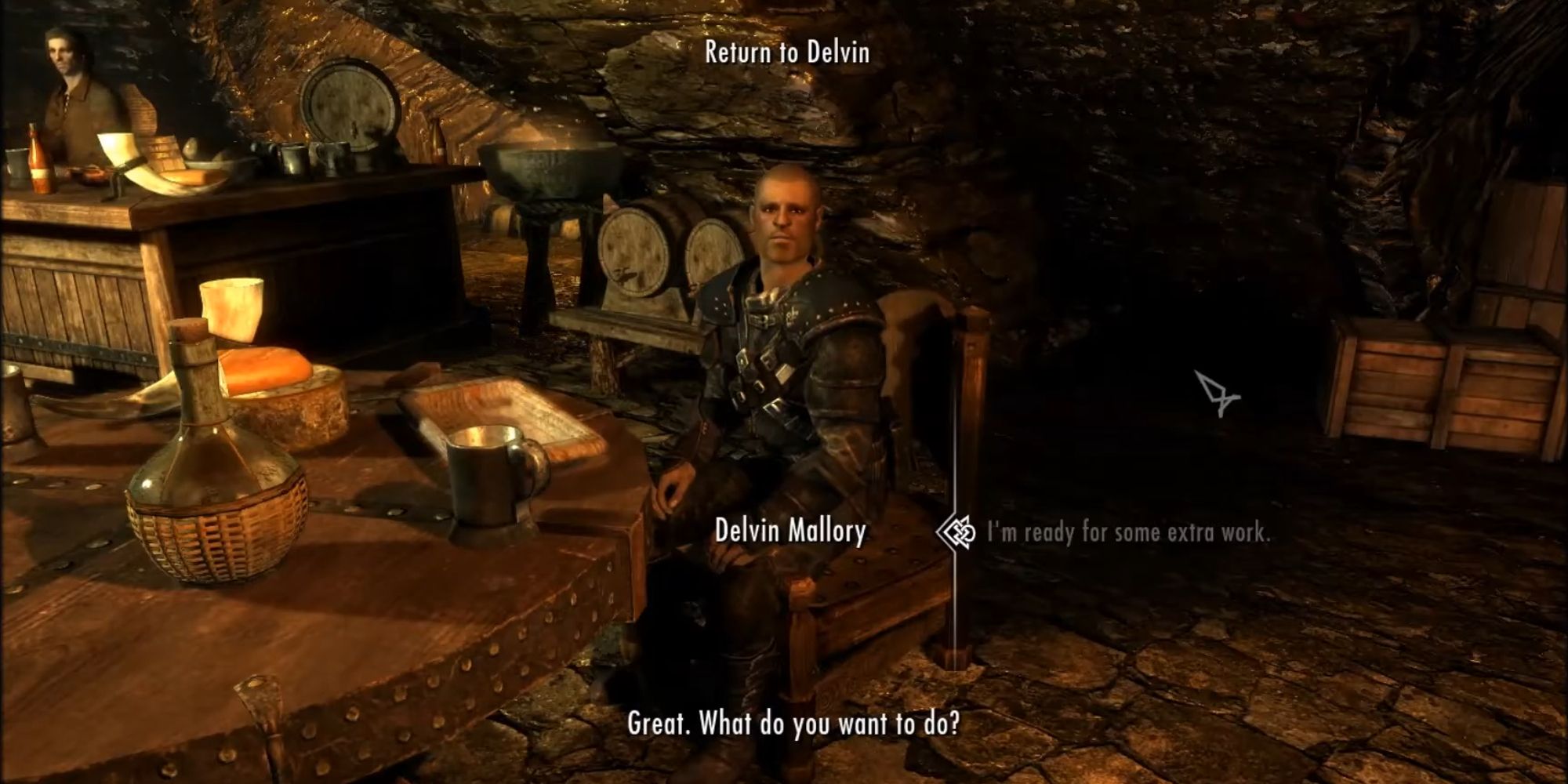 The Dainty Sload occurs in Solitude, which means that you need to complete five small jobs for Delvin Mallory and Vex in the city before you can start this quest.

Delvin and Vex can be found in the Ragged Flagon, where they will give you a randomly generated job to find an object within a certain location.

Five of these small jobs must be completed in Solitude before you can begin The Dainty Sload. Once you have done this, Delvin will tell you that there is a job in Solitude and that you should speak with Erikur. 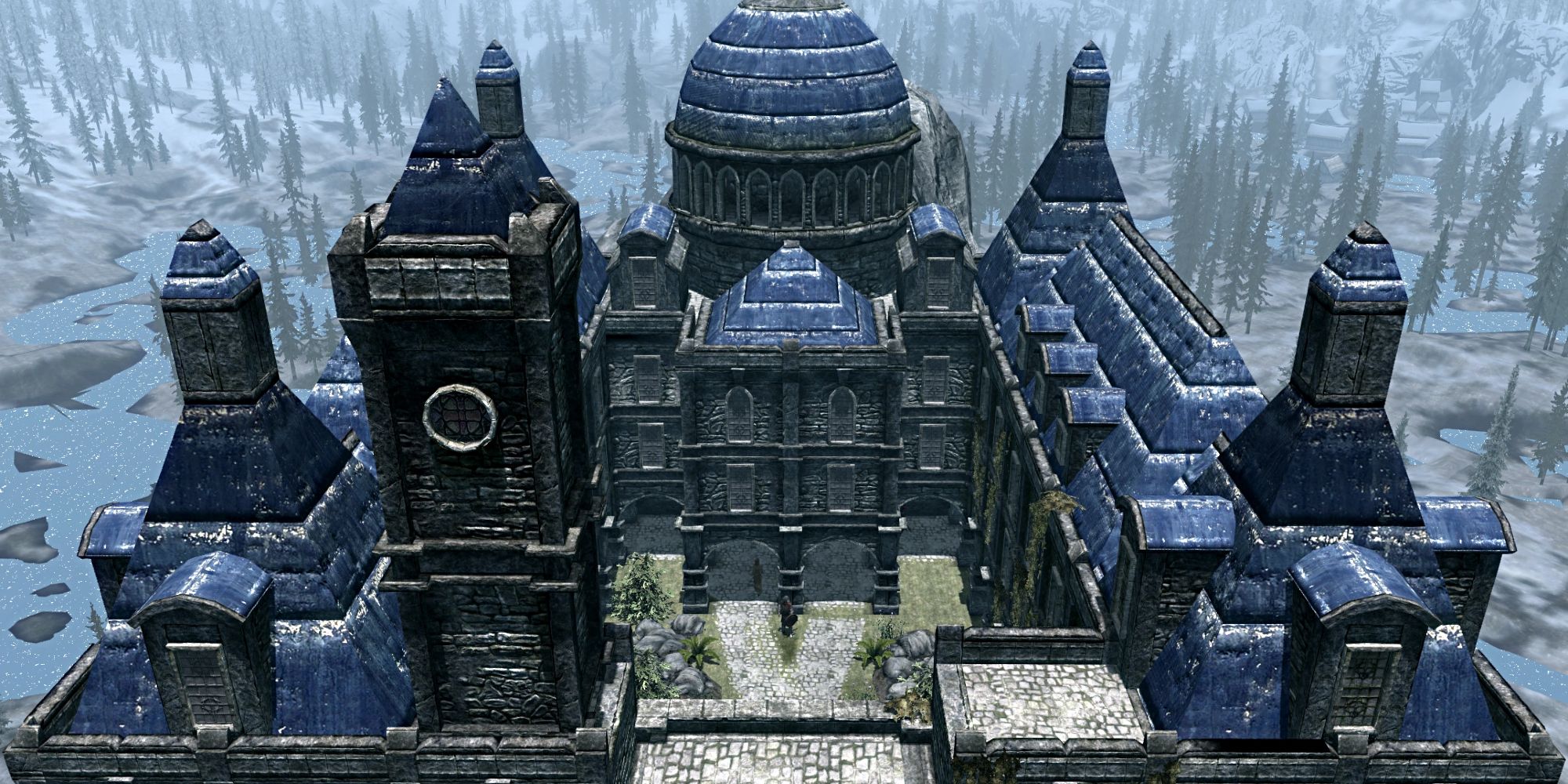 Erikur can be found in the Blue Palace within Solitude. If it is nighttime, he will be at home, but you will not be able to enter. Although you can break into his house, we advise not doing this.

At the Blue Palace, speak with Erikur and he will tell you about Volf, a ship captain that cheated him during a business transaction.

While talking with Erikrur, he will task you with framing Volf by planting a drug called Balmora Blue aboard his ship. 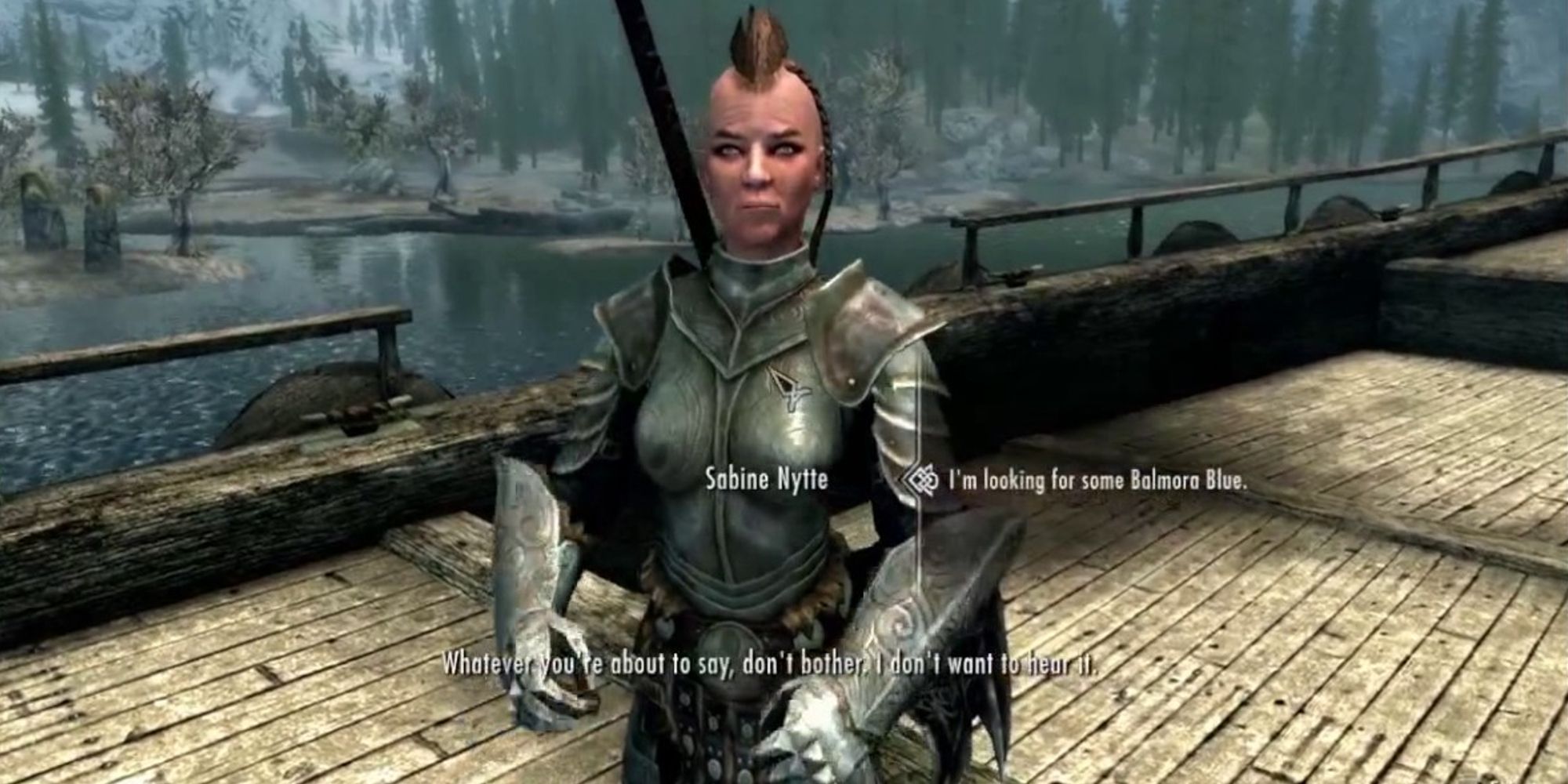 To get Balmora Blue, you will need to meet with Sabine Nytte, who is aboard a ship called the Red Wave, located outside the East Empire Company Warehouse. This can be found just outside of Solitude.

If you don't want to play 1,500 gold, you can sneak up to Sabine, take the key, and head to the chest. Alternatively, you can also avoid Sabine altogether and pick the lock of the chest containing Balmora Blue.

This chest is located under the docks next to the Red Wave.

Some players report a bug causing Sabine to be stuck inside the Red Wave. Entering the interior of the Red Wave is considered trespassing, making it impossible to get to her. If this happens to you, you can sneak aboard the ship and steal the key. If you are caught, Sabine will chase after you to the docks. Keep a distance until they stop fighting and then ask Sabine about the Balmora Blue. 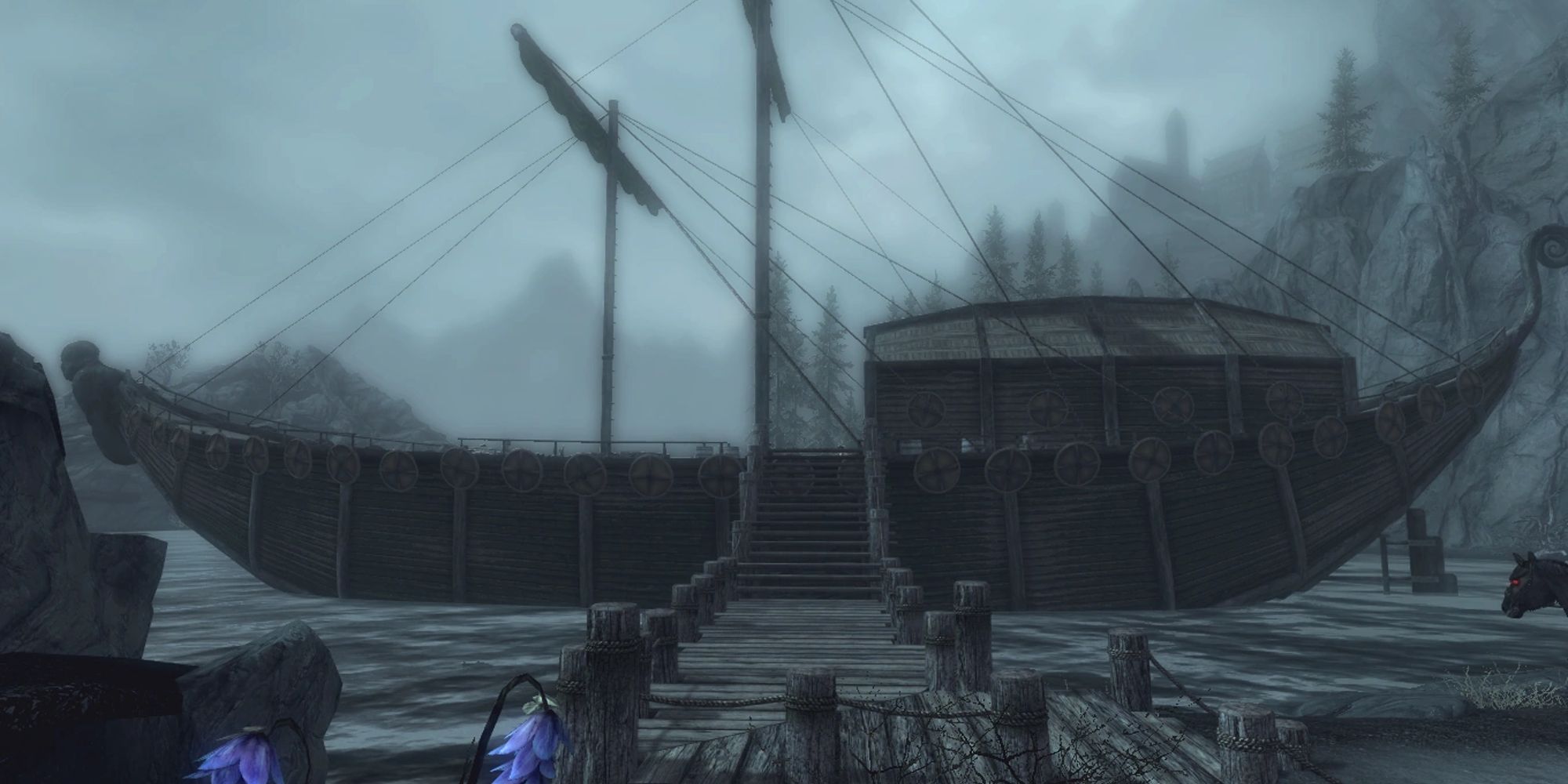 Now it's time to head to Volf's ship, called the Dainty Sload. You can find this ship near Solitude's lighthouse, however, there will be several guards aboard.

When you make it to the ship, you will find two enemies guarding the entrance to the inside. These enemies will be walking around; you can either engage them both in combat or sneak by. 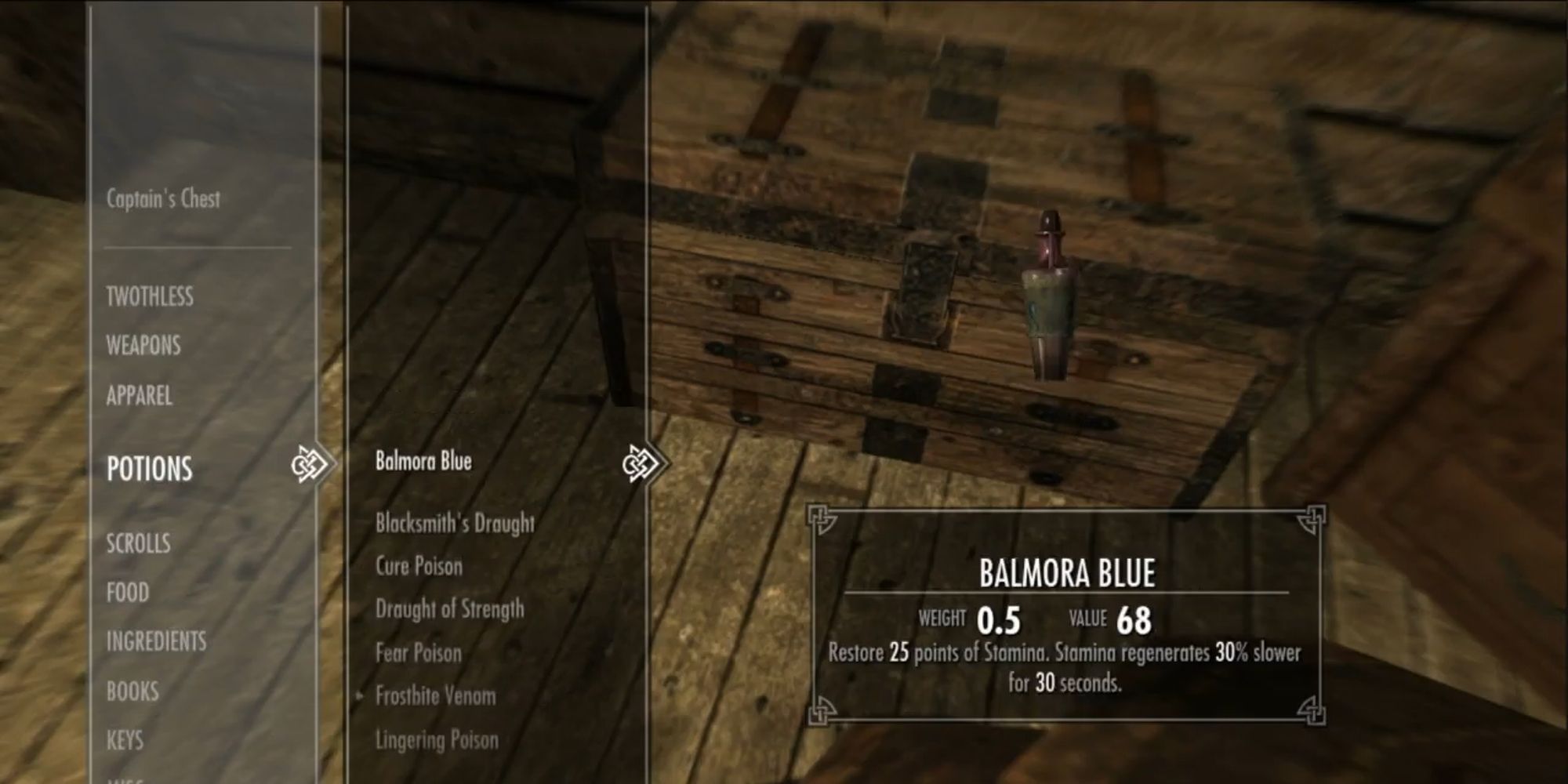 Once inside the ship, there will be more enemies that can either be killed or snuck past. Eventually, make your way down to the bottom of the ship until you come to the Captain's room. This area will be guarded with Volf's First mate who has a high level of detection. Here, you will have two options.

Regardless of what you choose to do, plant the Balmora Blue and head back the way you came. If you snuck past the guards on the way in, you will need to sneak your way back. 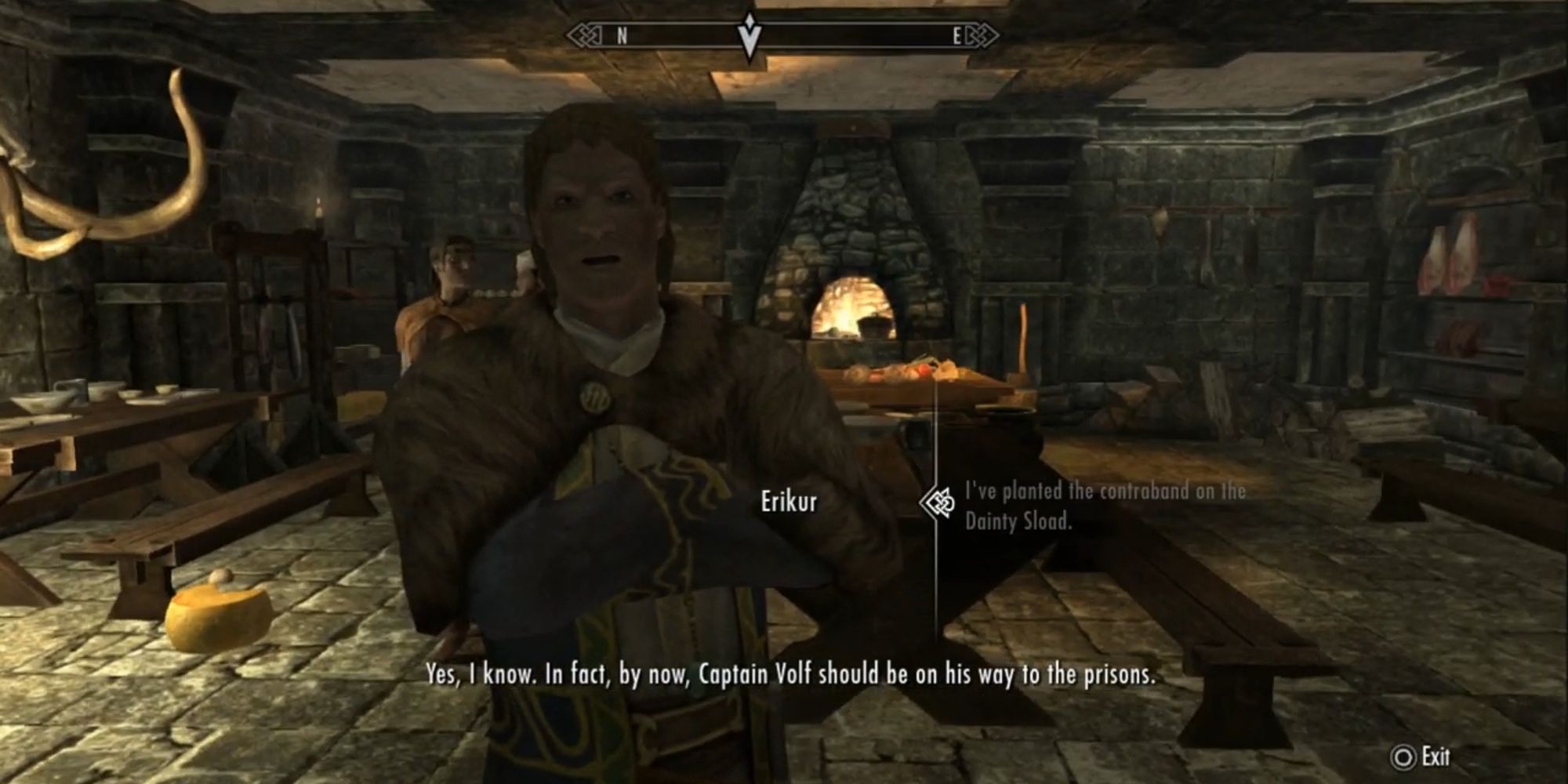 With the drugs planted, head back to Erikur at the Blue Palace. He will be very happy that you framed Volf, and reward you with a random spell tome, as well as a new merchant in the Ragged Flagon.

Lastly, completing The Dainty Sload will cause three Thief Cache barrels to appear in Solitude. The locations of these loot-filled barrels can be found below.

After speaking with Erikur and gathering your reward, you are done with the quest. From here, you can continue to complete small jobs in other cities for Delvin Mallory and Vex.