The Legend of Zelda: Skyward Sword was canonically the first game to take place within the franchise. It gave us the background story to the resurrections and multiple lives of the protagonists’ Link and Princess Zelda, along with previously unknown information about many of the game’s hidden plot points and more intriguing characters.

A new face introduced to us in Skyward Sword was Fi. A humanoid spirit residing within the Goddess Sword tasked with aiding the chosen hero of Goddess Hylia, knowing his importance in events yet to come.

Fi saw a lot of attention with the release of Skyward Sword more due to their annoying hints and memeable antics than their importance in the series’ lore. However, this is a character with a lot more to them than meets the eye. Here are some facts about the spirit of the Goddess Sword and devoted assistant to Link that you may have missed.

10 Fi Appears To Be Younger Than Link 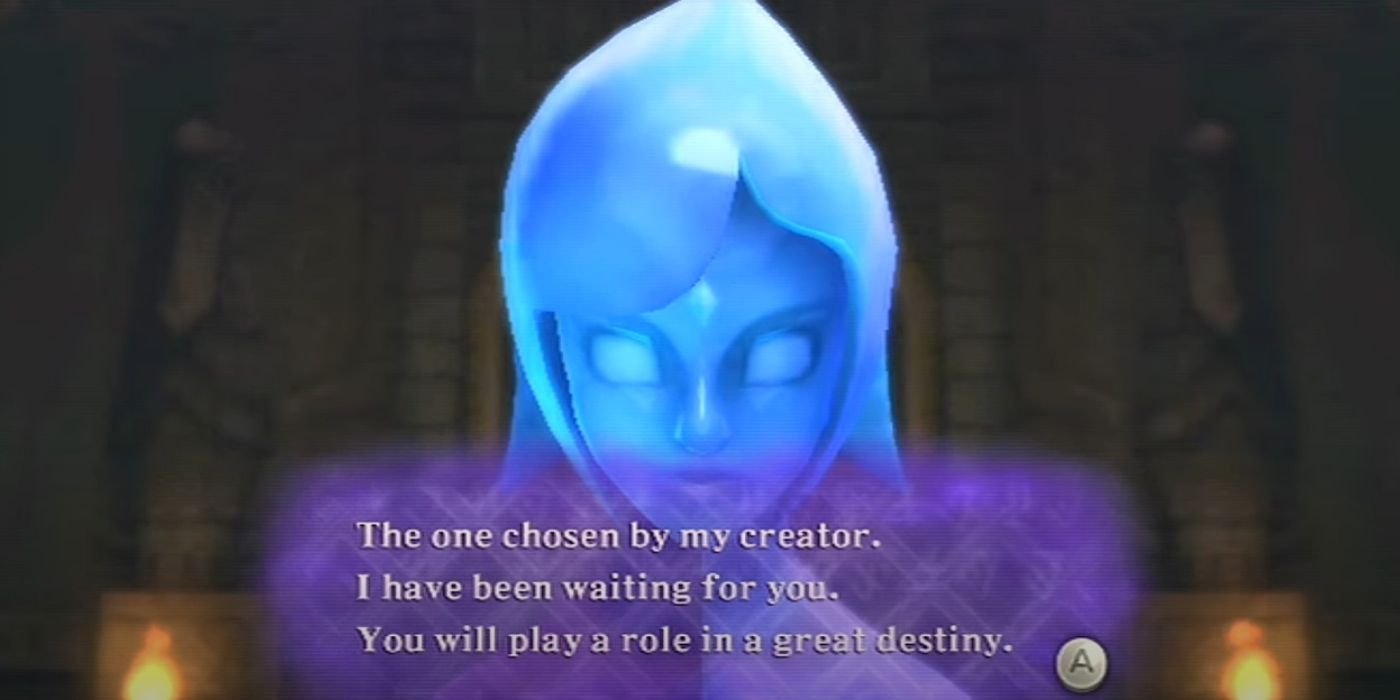 Just because Fi is the spirit chosen by the Goddess Hylia to reside in the Goddess Sword and assist Link as the chosen hero, it doesn’t mean they’ve necessarily been around that long.

According to developer notes in Hyrule Historia, Fi is meant to look “13 or 14 years old” putting them around three or four years younger than Link appearance-wise. Of course, this is only based on looks. Fi’s actual age could be immeasurably longer, especially seeing as they show up in Breath of the Wild over 100 years later. 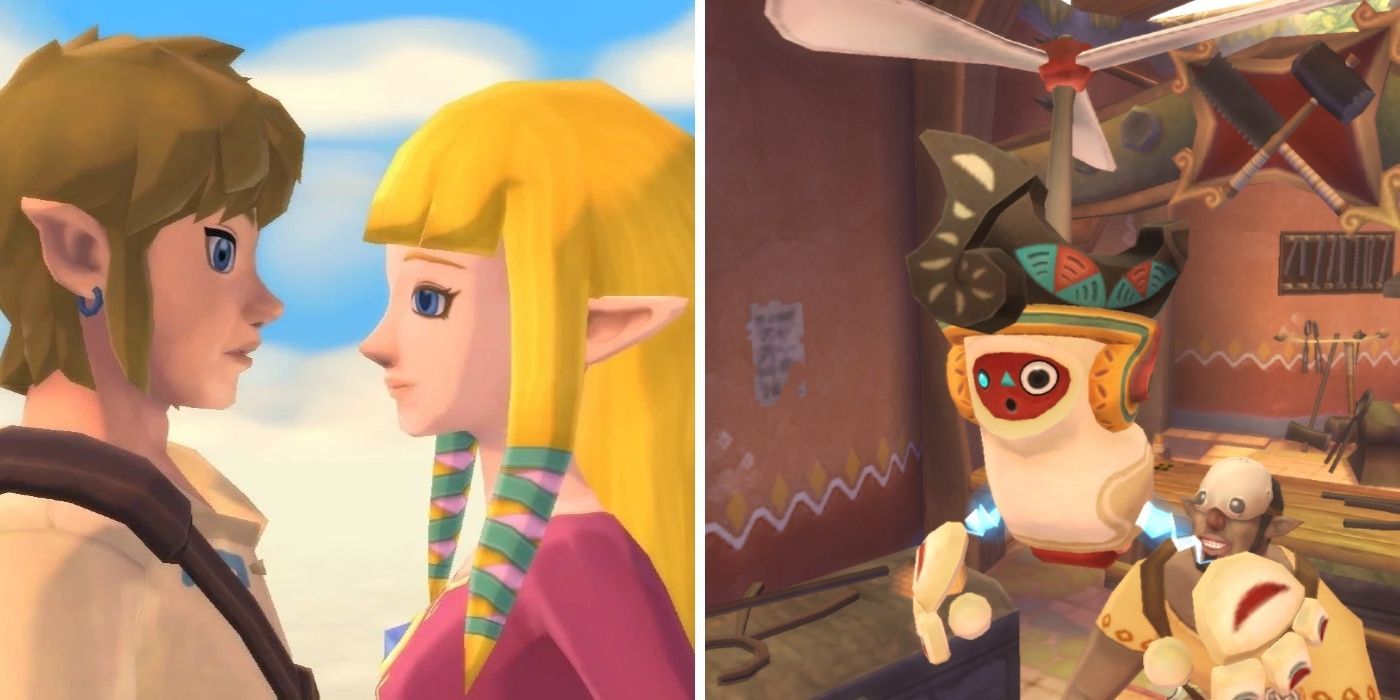 Fi has a style of speech that often comes across as robotic and emotionless. It’s curious then how much empathy or feeling they may possess, especially as they seem able to comprehend human emotions, but cannot seem to detect their own.

For instance, Fi can sense the feelings Groose has for Zelda, stating: “I sense a large disturbance in this individual’s aura. There is an 85% probability that he is experiencing the emotion humans refer to as love.” but is unable to decipher Scrapper’s feelings towards themselves.

In the end, Fi does seem to develop a subtle friendship with Link, telling him that they treasure the moments they spent together. This shows that throughout your journey Fi must have learned how to experience human emotion, perhaps having witnessed so much of it.

8 Fi’s Design Is Based On The Goddess Sword 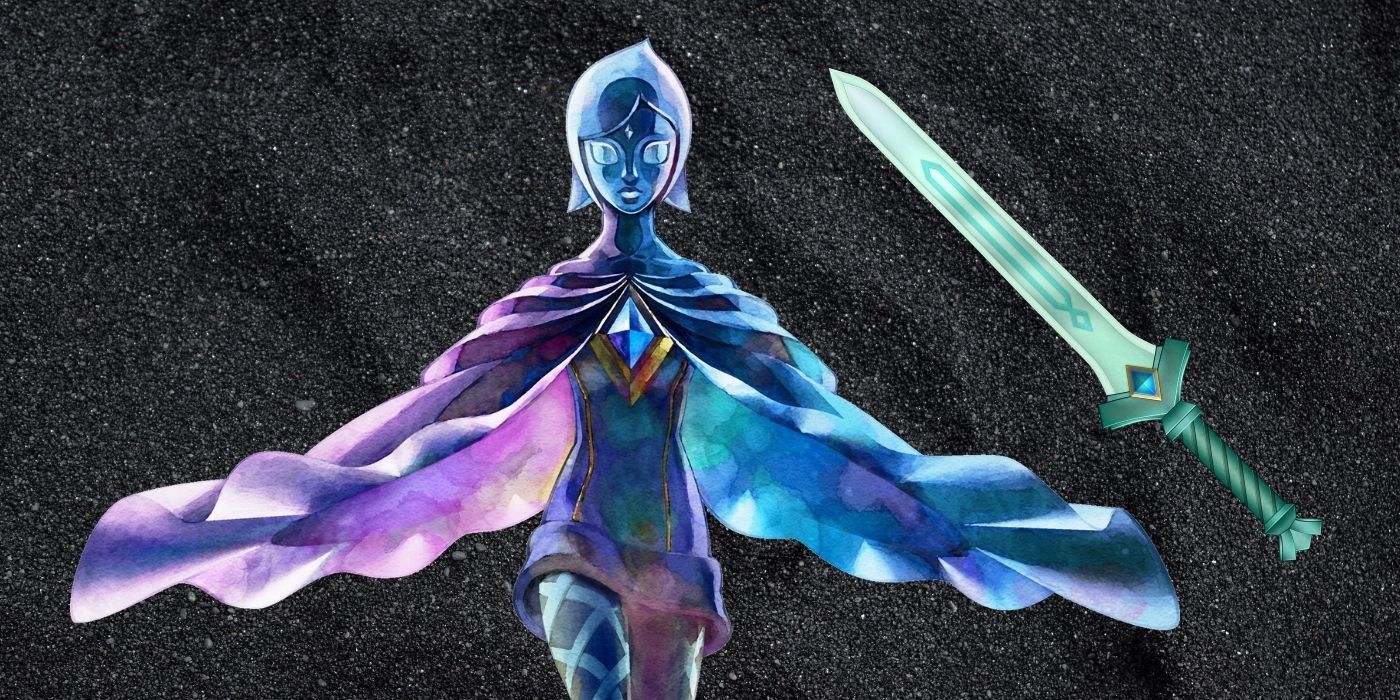 Fi’s design altered a lot over the game’s creation, even changing from the version we saw at E3 2009 into the final design we saw upon release. However, one thing that never changed was their striking similarity to the legendary Goddess Sword they inhabited.

Fi’s legs have the same small cross grid pattern as the sword’s hilt, with the crossguard of the sword sharing a resemblance with the upper part of Fi’s cloak. In the game, we also see the hilt of the sword appear purple, and the blade appear blue, matching Fi’s split color scheme.

7 Fi Has A Not So Endless Slumber 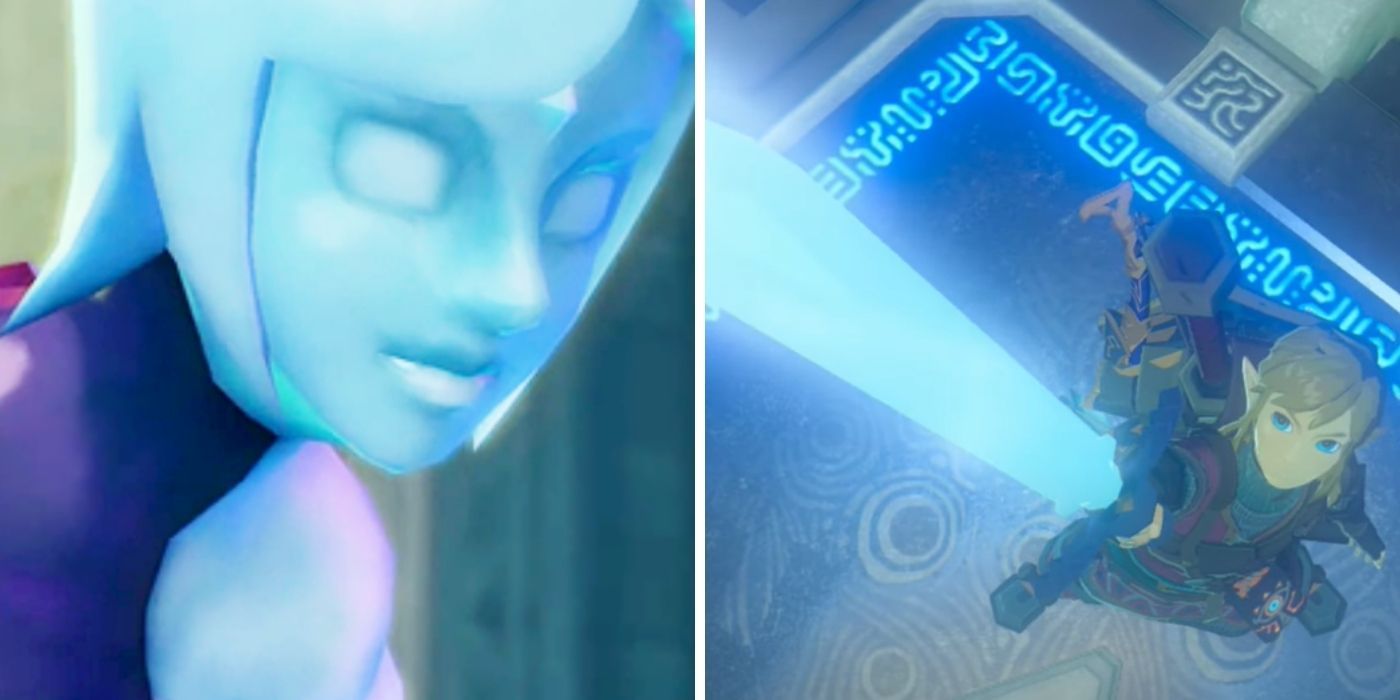 At the conclusion of Skyward Sword, Fi bids a tearful goodbye to Link, telling him: “at the end of my journey with you, as I prepare to sleep within the Master Sword forever… Thank you, Master Link. May we meet again in another life”.

Of course, those who went on to play Breath of the Wild will know that wasn’t the last time Fi made an appearance. There are numerous references to a voice within The Master Sword, along with Fi’s familiar chime heard at the completion of the Trial of the Sword. Fi is even seen telepathically communicating with Zelda to take Link to the Shrine of Ressurection, looking to save him from the Great Calamity. 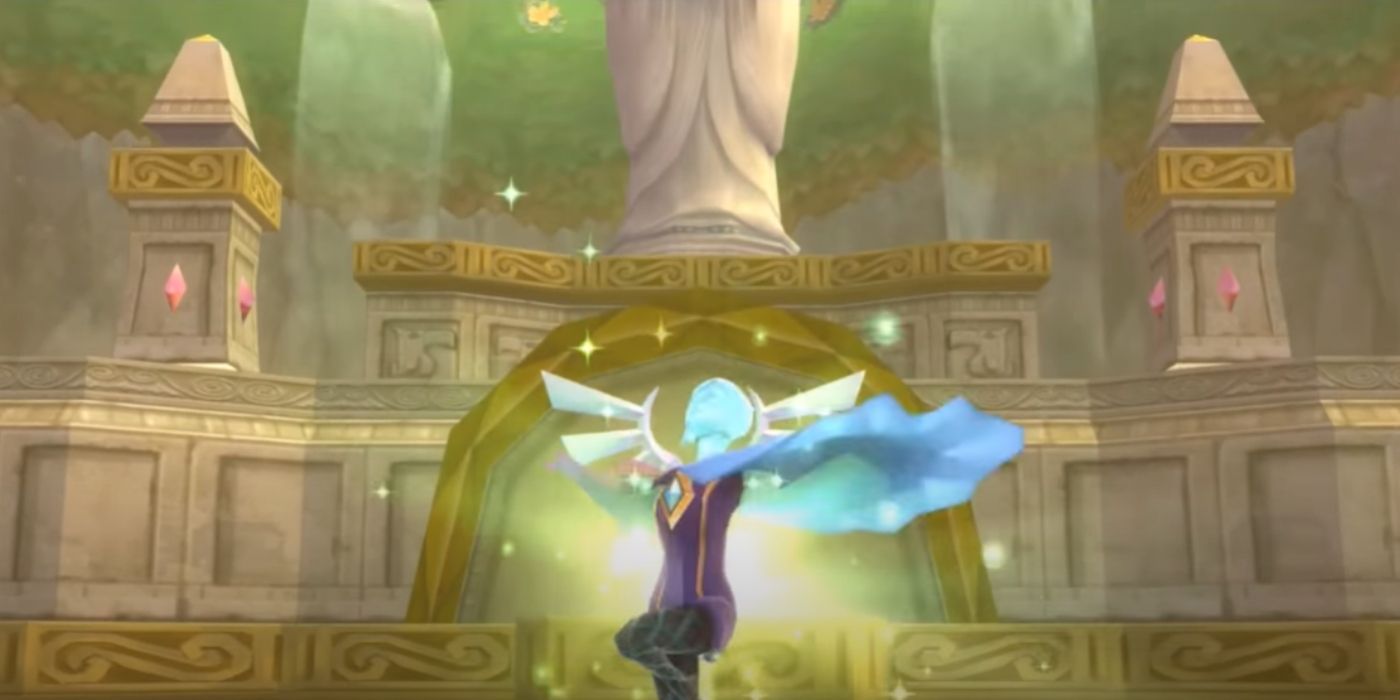 Although Fi has a feminine figure and is constantly referred to by female pronouns – with Scrapper calling them “Mistress” – Nintendo has confirmed that Fi, is in fact, genderless.

In an interview for Nintendo Official Magazine, Eiji Aonuma, the producer and project manager of The Legend of Zelda series, stated that “Fi is not female”. Fi’s feminine appearance could therefore have come from being created by the Goddess Hylia, or to appear as more of a counterpart to the more male Ghirahim.

5 Fi Was Created As Ghirahims’ Counterpart 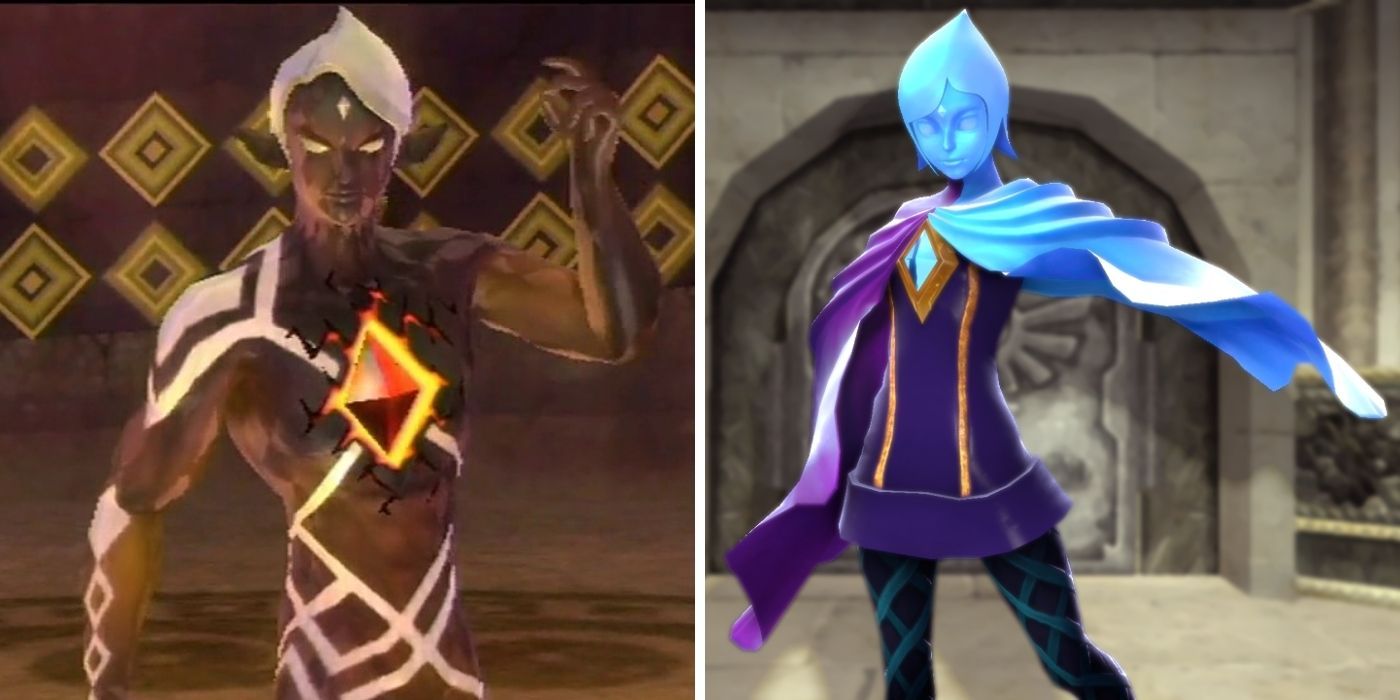 Fi was created by the Goddess Hylia for two discernable reasons; to guide and aid the hero in fulfilling his destiny, and to be a counterpart and measure of defense against the Demon King Demises’ right-hand man and weapon, Ghirahim.

Ghirahim is a formidable opponent, and Link’s main antagonist throughout the game. Ghirahim appears dramatic and ruthless which Hylia made sure to contrast with Fi, being a purely logical and passive thinker with a dispassionate personality.

4 Their Name Has Meaning 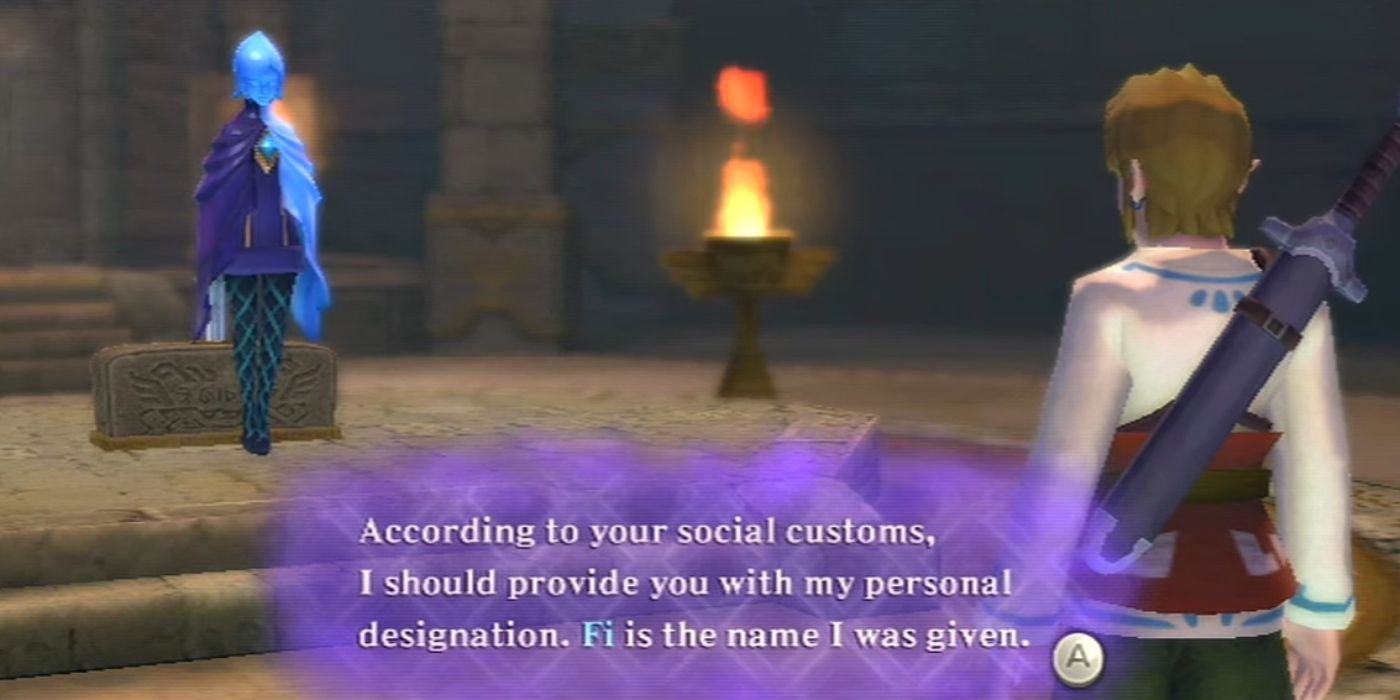 From Link’s first meeting with Fi we learn that they were given their name by the Goddess Hylia, but did you know it has a special meaning?

Fi is thought to be based on the classic abbreviation of the Latin Fidelis, meaning faithful, or loyal. This perfectly sums up Fi’s role in aiding Link in his journey, being the loyal companion of the chosen hero. Link’s other famous guide, Navi, was similarly named for an abbreviation of Navigation.

3 Fi Is Based On The Fairy Queen 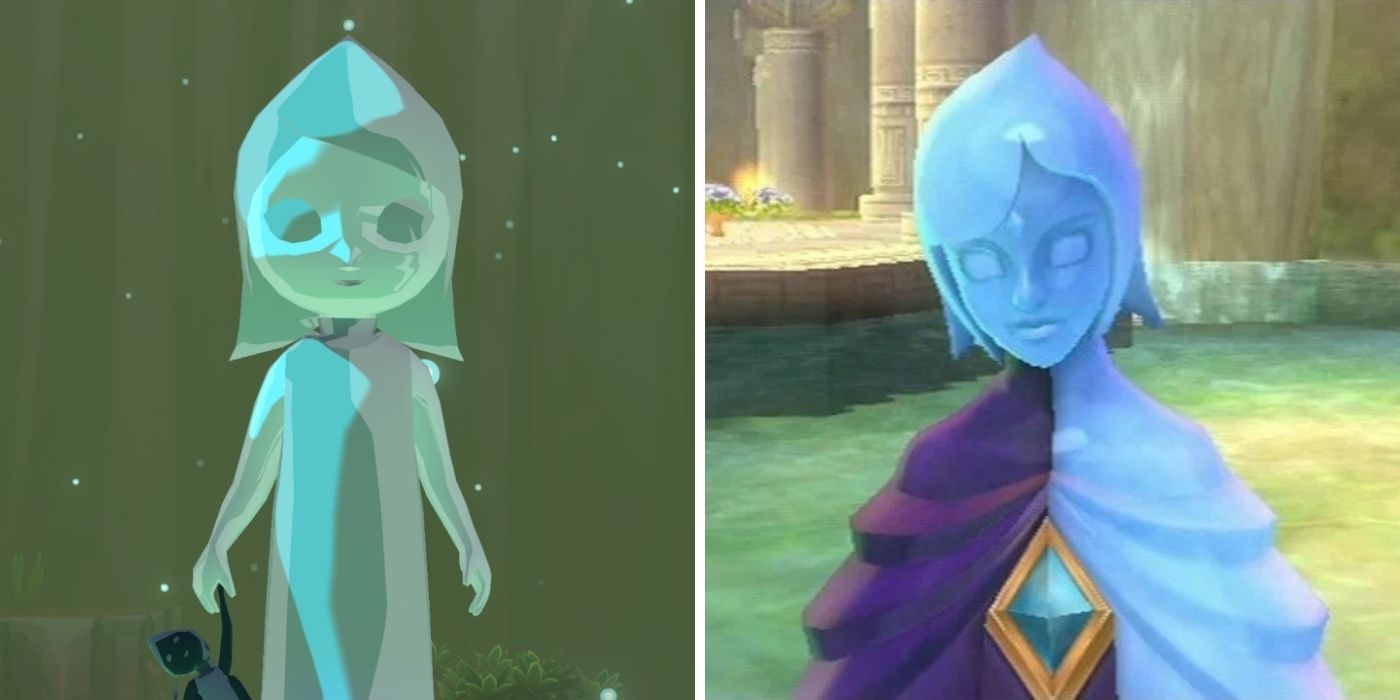 Skyward Sword is full of throwbacks to old games, but did you know that Fi’s design was based on a character all the way back in Wind Waker?

In Hyrule Historia, it’s said that the designers wanted Fi to look “like the Fairy Queen in Wind Waker” with an early design depicting them with a similar grey appearance. Even now you can see many similarities between the Fairy Queen’s design and Fi’s final look. 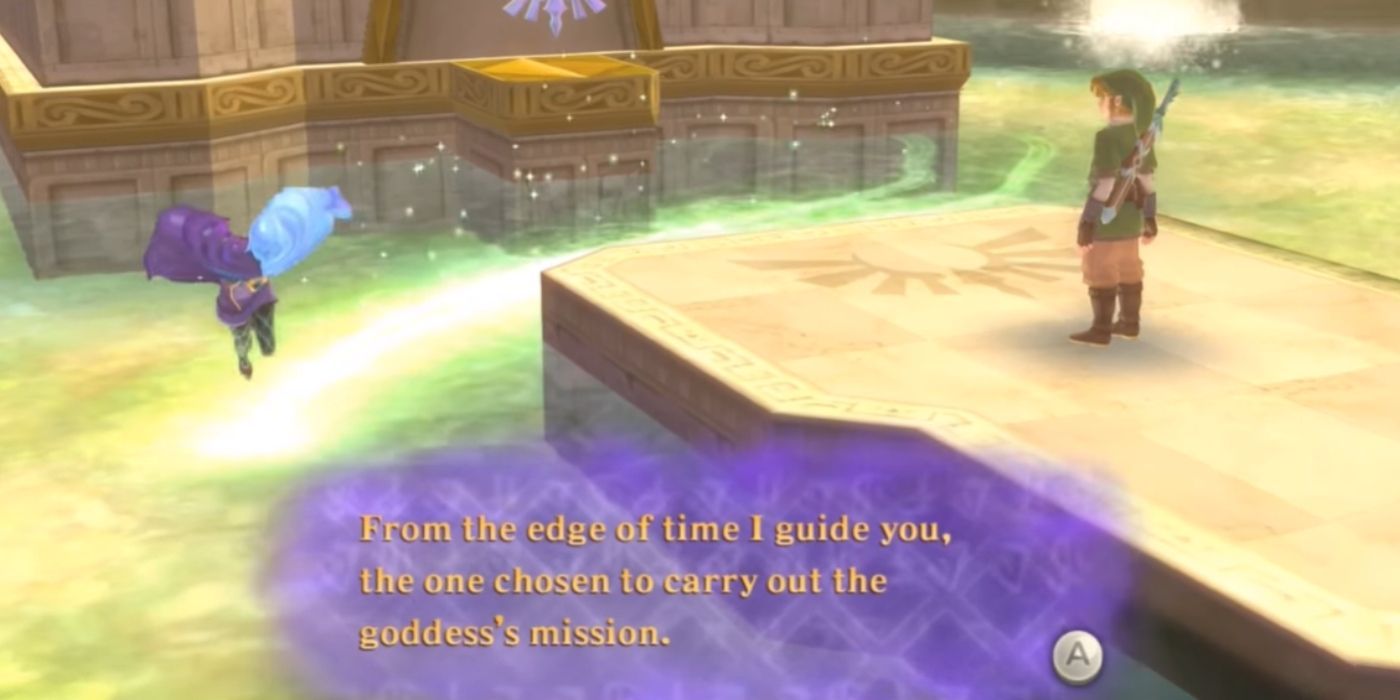 Fi was the first humanoid depiction of Link’s assistant after the likes of Navi, the fairy companion, and guide we saw accompany Link in Ocarina of Time.

With the designers wondering how to model this new humanoid companion, they seemed to grasp inspiration from an unlikely source: 1980s anime. The designers state in Hyrule Historia that: “we had imagined this a la 1980s anime, in which the main character was usually accompanied by a beautiful personal assistant”.

1 Fi Was Around Before We Even Knew 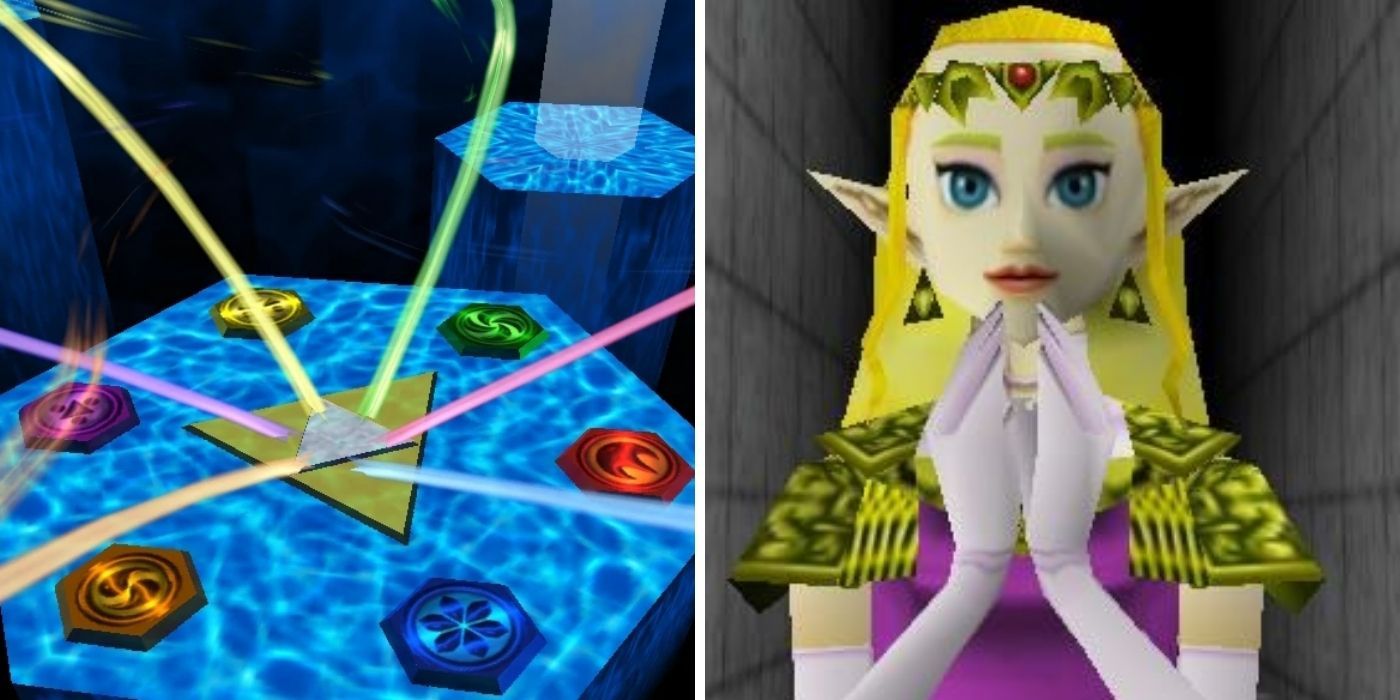 With Fi being the spirit chosen to reside inside the Goddess Sword and Master Sword by the Goddess Hylia, we can assume that they’ve been around for a lot more of our adventures than we previously realized – especially when the Master Sword was referred to anthropomorphically.

In Ocarina of Time, Zelda tells Link that the Master Sword sealed him inside the Sacred Realm for seven years, believing him not yet ready. This was likely Fi stepping in to aid and save the hero as the Goddess Hylia instructed. Likewise, in Twilight Princess, Midna tells Link that “the sword accepted you as its master” directly referencing the way in which Fi addressed Link for the first time in Skyward Sword.