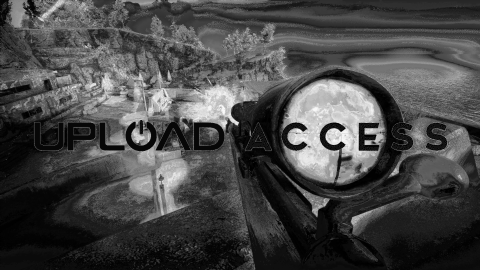 We sit down with Rebellion to talk about bringing WW2 to headsets in Sniper Elite VR.

Sniper Elite VR changes up the series formula in some expected ways. There’s the weapon handling, no longer assigned to simple button presses and stick movements but instead dependent on your physical movements; a steady hand to aim down the scope or a good throwing arm to lob a grenade. There’s also the brilliantly gory evolution of the killcam, in which shards of splintered bone fly at you like some kind of twisted 4D ride at a theme park.

But, for Rebellion’s Steve Bristow, the question of how VR changes the Sniper Elite experience is a little more philosophical.

“You know that thing that you get with war photographers?” Bristow asks over web call. “You ask a war photographer how they can do what they do and it’s because they’re able to compartmentalize their view of the world through the lens. They look through the viewfinder and it detaches them from the scene.

“And I think that happens to a certain extent with a Sniper game as well. You look at yourself– play it differently or you place yourself differently in the scene. And I think the VR experience of sniping, for me anyway, really clarified that, that I’m there in the scene and a part of the scene rather than just watching it through a window. And then I raise my scope and I’m getting that kind of viewfinder view of the world, which is at once visceral and powerful and also somehow sort of emotionally detached from it at the same time.”

Sniper Elite VR — and the series at large — is a little too preoccupied with hilariously brutal kill animations to ever really catch war at its most harrowing, but I think I get at least some sense of what Bristow means whenever I huddle behind cover, gunfire clanging off of the railings to one side, or survey a wider battle from the safety of a sniper nest. There’s something decidedly gamey about then pulling up your scope, like you’re turning the scene into a shooting gallery, and then pulling to trigger to watch a well-placed shot bring a bloody end to an enemy (or “punctuate”, in Bristow’s unintentionally pun-tastic own words).

It’s an interesting way to frame a game that brings a lot more realism to the sniper series. As you’ve probably seen in this week’s gameplay videos, Sniper Elite VR isn’t exactly a simulation-style experience, but Rebellion and JAW have put in a lot of work to realize every element of a traditional game in the series natively in VR. You cannot, I’ve found, just mindlessly breeze through Sniper Elite VR half-heartedly. Its long-range assassinations require genuine concentration and a degree of physical discipline to pull off.

In Bristow’s mind, “if you don’t play the game with a reasonable technique of actually holding your breath a bit and squeezing the trigger it’s hard to hit those long shots. It does matter. And there’s a good reason that if you’re trained to fire a rifle there’s a technique that makes a difference, and those techniques to a certain extent apply with this game. So there’s a degree of sort of physical authenticity with this game that you just can’t get through a controller.”

This authenticity can make playing the game tricky, yes, but it also gets right to the heart of how VR augments the experience. In a sense, the player’s own body is an extension of the controller. But getting the game to feel ‘right’ also requires at least some compensation on that front because, as Bristow points out, players haven’t had the 18 months of training it takes to actually pull off a 100-meter headshot.

To that extent, Rebellion and JAW do just a bit of the work for you. “To begin with, when we had, let’s call it a completely mechanically authentic process with the reload, I was dropping bullets the whole time and thinking that I’d reloaded the rifle and lifting it and not firing it because it wasn’t properly reloaded,” Bristow explains. “So, yes, we kind of started leaning towards making this mechanically work and then we added support for the gap between the player’s understanding of that works and the limitations of a motion control system where you’re unable to use your sense of touch to determine how well you’ve done your reload.”

As I wrote in my preview earlier this week, I think the game straddles this line quite nicely, but there are other challenges yet to be solved. The response to our first gameplay video (also earlier this week) was that lots of players didn’t want to see the game’s intrusive UI elements, like an indicator for when noise is being masked, or if an enemy is about to spot you. You can turn all of that off (as seen in our follow-up gameplay), but this, Bristow thinks, is a far more difficult balance to achieve.

“I would very much rather that we didn’t have to sort of lean on those techniques,” he says, “I would like a more sophisticated version of that in some future version of this. But in practice, if you go for a completely naturalistic approach to that, like somebody turns around and just goes “Huh?” and you have to guess whether or not they’ve spotted you, that gets really frustrating really quickly. You have to kind of abstract the systems of stealth a little bit in gameplay terms, I think. And I don’t think that’s any different with VR.”

Sniper Elite VR doesn’t have all the answers, then, but that’s kind of the point. “When we first started work on Battlezone, I spent a few months designing that game without having ever put a headset on. And so that revelatory moment of finally getting into VR, I’m going: “Well that was a waste of three months, I’m going to have to start completely over again. All of my assumptions about this were wrong.”