Of all the six playable classes to choose from in Spellbreak, the conduit class may shock you with how powerful it can be in the right hands. While it may not be quite as explosive as the Pyromancer, or as beginner friendly as the tanky Stoneshaper, the Conduit class has more than enough up its sleeve to hold their own in the Hollow Lands. Here’s what you need to know about this electrifying class to strike down your foes.

The Conduit’s lighting affinity really shines in their ability to deal high DPS at medium to close range. Lighting Bolt is going to be your primary method of attack. This is a fast firing bolt that is fairly strong when used up close, but the farther your target is, the less damage it will do when it hits. It is also has a fairly light mana cost, allowing you to let off six bolts in a row before running out. 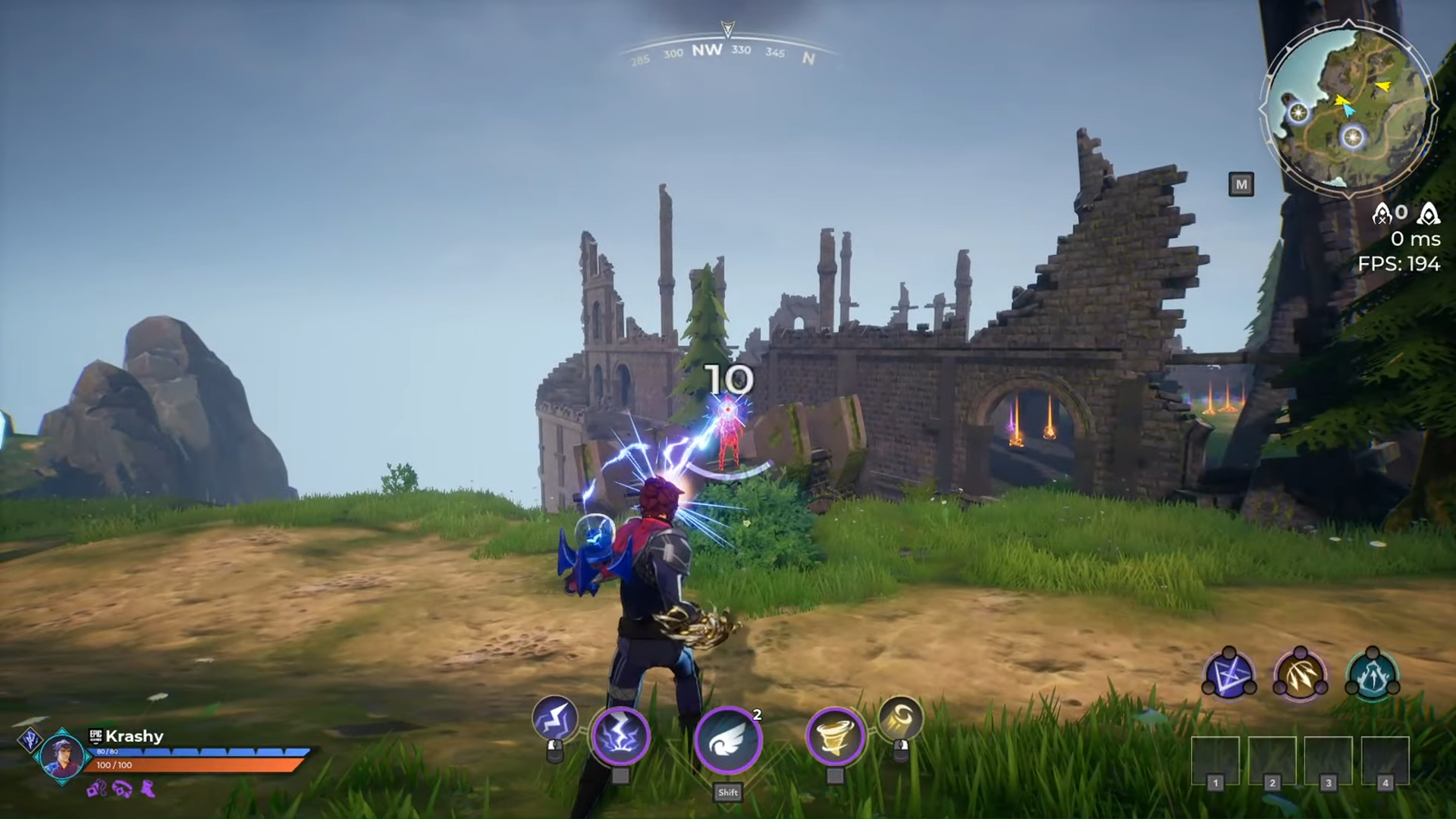 Your sorcery is the Lighting Strike, which will summon a powerful bolt of lighting from the sky. This is a very powerful AOE on its own, but will also inflict the shock status on anyone it hits which prevents them from using any abilities for a short time.

Level 1: Potential Energy  – Lighting Bolt deals +1 damage for each bolt fired until you stop casting up to a maximum of +5.

Level 2: Overload – Every time you cast Lighting Strike you gain +1 Rune charge, but maxes out at +1.

Level 3: Power Surge – When you cast Lighting Strike the mana cost for all spells is removed for four seconds.

Level 4: Secondary Strike – Your Lighting Strike will hit four additional times per cast, each just as strong as the first. 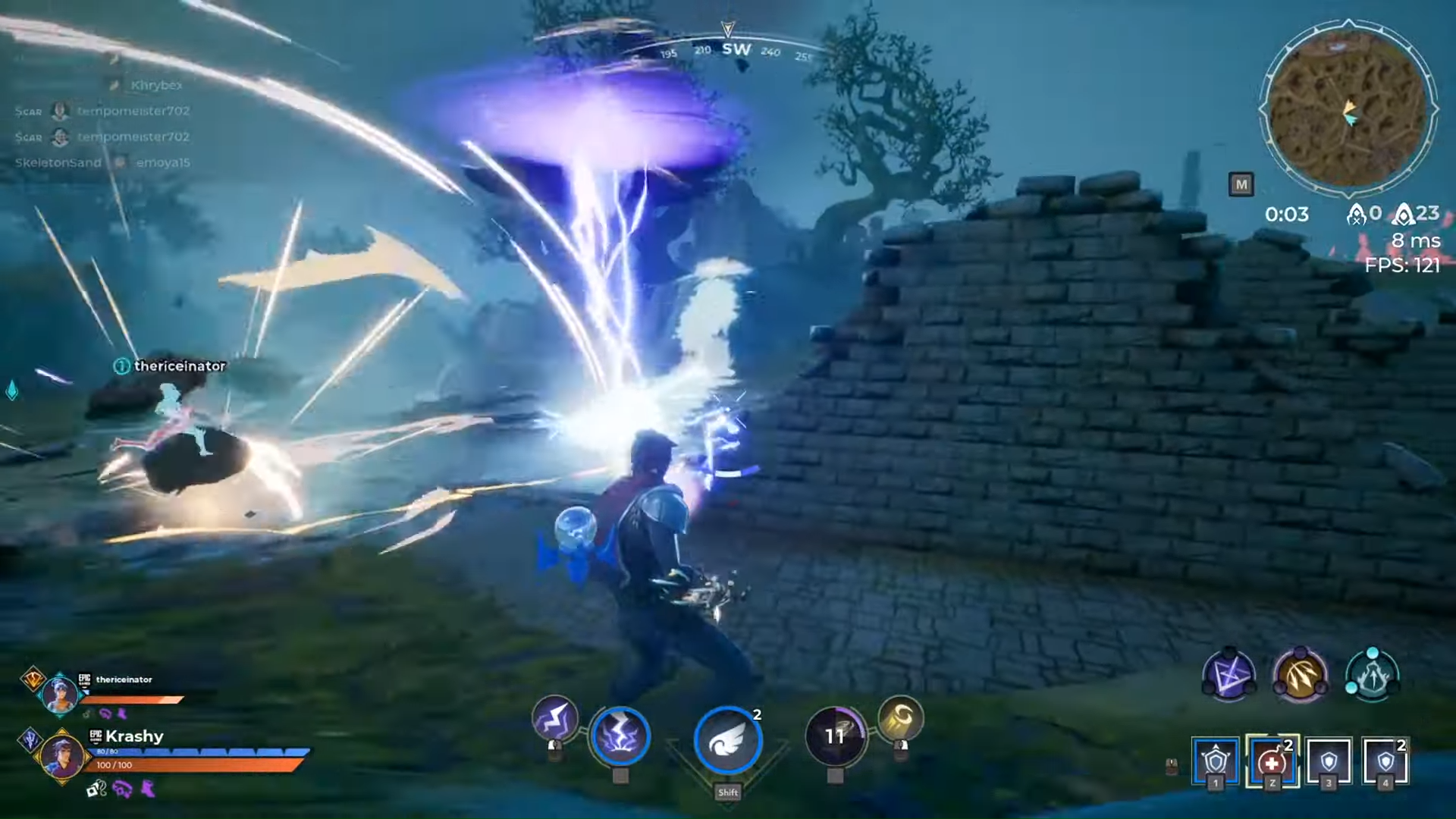 The Conduit’s lighting has good synergies with Toxic, Wind, and Frost. Applying lighting to poison clouds will inflict both statuses on anyone caught inside, while pairing it with a tornado creates a shockwave that increases damage and inflicts the shock status on anyone hit. As for ice, shocking a trail of ice along the ground creates a shock trap for anyone who passes over it.

The two best runes you should be on the lookout for as a Conduit are the Flight and Springstep runes. This class benefits a ton from having high mobility to maintain your constant damage output. While Flight is superior, both offer some vertical mobility that really helps scout targets for your Lightning Strike and Tornado combos. 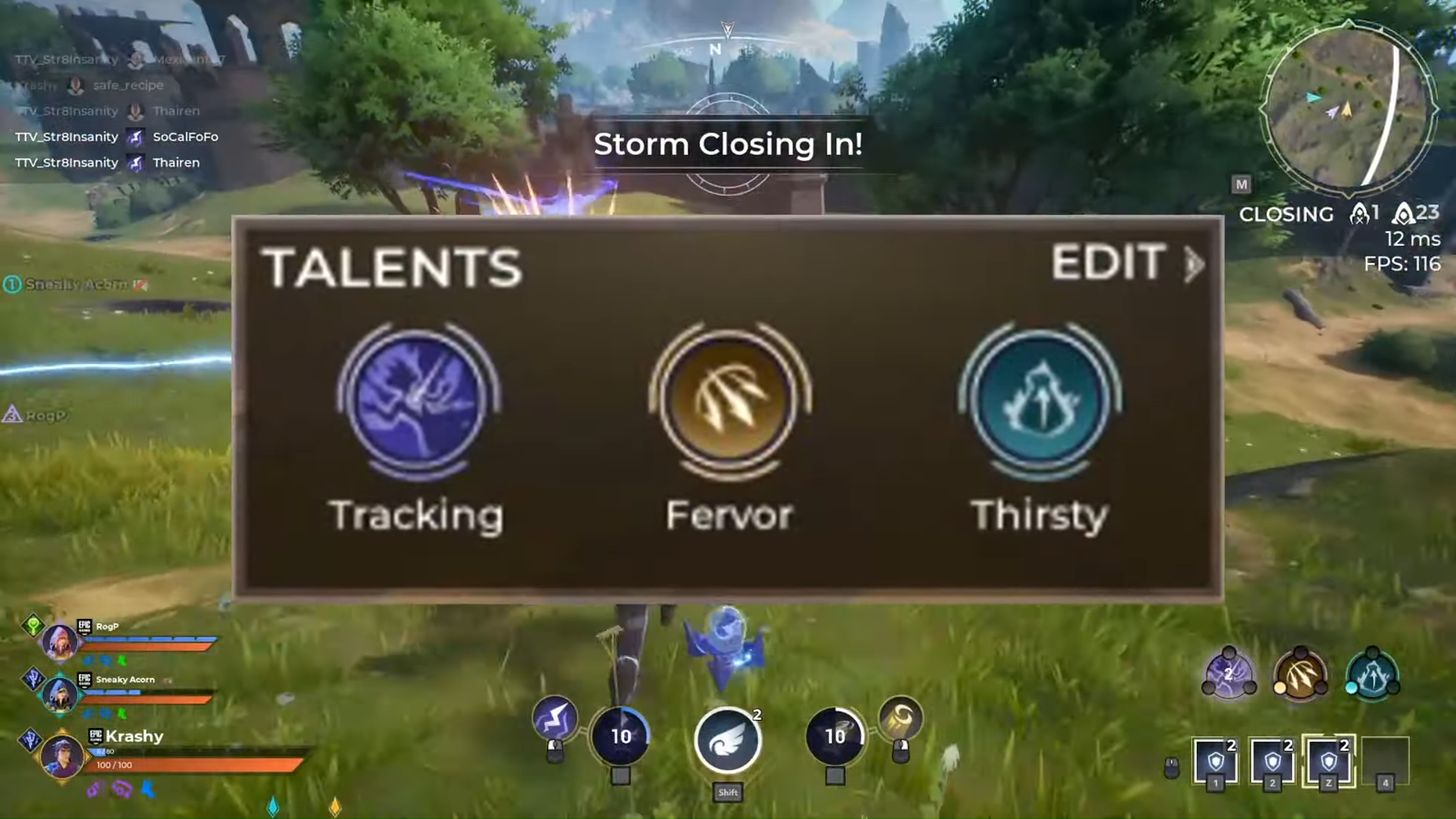 In terms of Talents, there are a few good choice, but these are some proven to work well.

Mind: Tracking – On hit, enemies will have a visible red outline for you and your squad. This is perhaps the best support talent in the game and will help any team’s coordination.

Body: Fervor – Increases spell cast speed. For a class all about high DPS, this is a must have.

Spirit: Thirsty – Increases Potion and Shard consume speed, plus any teammates close by will get 50% of their affects. Just like Tracking, this is another fantastic skill that benefits yourself, but also your entire team.

Conduits are great for burst damage, but their combinations are also versatile as tools to disable your enemy’s options through shock.

Lightning Bolt + Flash Freeze: Puddles of water or steam become electrified and damage any player on or inside them.