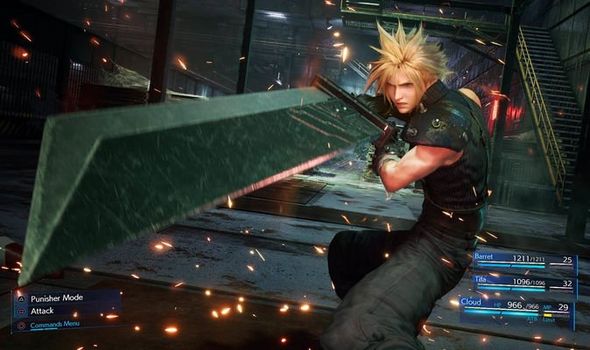 Square Enix news is headlined today by Final Fantasy 7 Remake fans getting an early surprise ahead of the highly anticipated release date.

The Final Fantasy 7 Remake is one of the most sought after games on the horizon, and after years of waiting fans have plenty to be excited about.

After a three and a half year period of radio silence, Final Fantasy 7 Remake fans have had a blowout of new information recently.

Following the re-emergence of the Final Fantasy 7 Remake in May during a State of Play, big FF7 news was revealed during E3.

First up the release date for the Final Fantasy 7 Remake was confirmed during a special concert where a new teaser trailer was revealed.

Then a day later during the Square Enix E3 event fans were treated to a big presentation which took a deep dive into the gameplay of the FF7 Remake.

It was also revealed what fans will get if they pre-order the Final Fantasy 7 Remake ahead of its March 3 2020 release date.

A number of editions are available to pre-order, including the top range 1st Class Edition.

Costing £259.99, the highlight of this is the PLAY ARTS KAI action figure of Cloud Strife on his trusty Hardy Daytona cyberpunk motorbike.

Elsewhere there’s the deluxe and standard physical editions as well as the digital pre-orders.

However, those that pre-order from the PS Store will get a nice early bonus.

This dynamic theme shows Cloud and Sephiroth alongside the Midgar skyline.

There is one slight catch though – this dynamic theme can be claimed by those in the US on the day that they pre-order the game.

But for those in Europe they will have to wait until launch day in March next year to receive the Final Fantasy 7 Remake theme.