Star Trek: Picard is so bad it's almost impressive. A direct follow-up to The Next Generation with Patrick Stewart reprising his role as Jean-Luc Picard and appearances from beloved characters including Riker, Seven of Nine, Q, Guinan, and Data. How could they screw that up? Well, they did. This is the worst Star Trek show ever made (yes, worse than Enterprise), created by people who don't seem to understand what made TNG special—or what made Picard such a great character. It's an insult to the legacy of one of the greatest TV shows ever made, but mostly it's just garbage. Here's why.

It's obsessed with violence and misery

In The Next Generation, violence was always a last resort—and even then it was used reluctantly. This was a hopeful future where empathetic, enlightened people would negotiate, debate, or otherwise think their way out of dangerous situations. Picard, on the other hand, is full of gunfights, over-choreographed fight scenes, and stupid, gratuitous violence—presumably because the producers, missing the point of Star Trek, think it's dark and edgy. Every character is sad and angry, and there's none of the cosy optimism, warmth, or heart that was so intrinsic to TNG. It's utterly joyless and determined to make every single character's life as deeply miserable as possible.

There's no actual science fiction in it

Star Trek: Picard is not science fiction. It thinks it is, or at least wants to fool you into believing it is, but there is no substance here at all. TNG used the genre to ask big, challenging questions, present compelling 'what if' scenarios, raise difficult moral quandaries, and invite you to solve mind-bending mysteries. It was a show that made you think—about science, philosophy, morality, the cosmos, and even yourself. It was intellectually nourishing. Picard, in comparison, is junk food. Empty calories. It's shallow, obvious, and painted in broad strokes. It's one of those shows you watch, then realise a week later that you haven't thought about it once since. 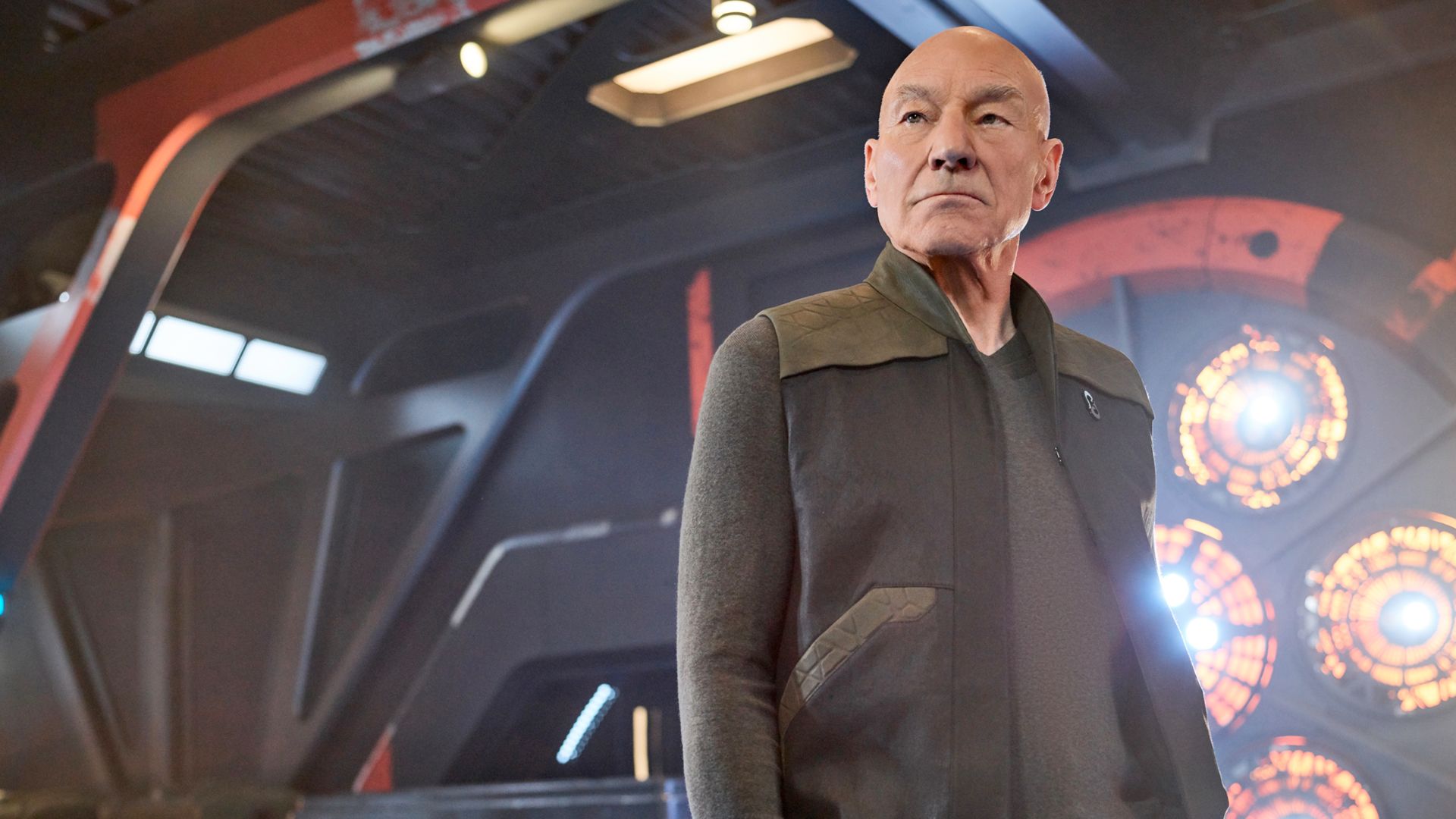 In TNG, Picard was a tough, capable captain who never let his emotions get the better of him. But he wasn't a monster either. He had depth, empathy, and a burning desire to do the right thing—even if it meant risking his reputation, or even his life, in the process. He was a hardass, but he had heart too. In Star Trek: Picard, however, this character we spent 187 episodes with is nowhere to be found. The new Picard is overly sentimental and constantly drifting around in a dreary fog of nostalgia. His characteristic toughness and pragmatism—and, as a result, his edge—have been stripped away entirely. This simply isn't the Jean-Luc we fell in love with in TNG.

Like so many modern movies and TV shows, Star Trek: Picard has decided that its characters, rather than saying anything interesting or meaningful, should instead communicate almost entirely through the medium of epic Marvel quips. In season two, upon encountering a new form of the Borg, Agnes Jurati exclaims: "Well, that's new!" The unexpected return of the most severe existential threat humanity has ever faced? Better say something cute. That's just one example of many, where the 'witty banter' actively ruins a scene. The dialogue really is dreadful. It's either snarky one-liners like this or cringeworthy cod-philosophising poorly disguised as deep wisdom.

The fan service is relentless

This is a show stuffed with callbacks, winks at the camera, obscure deep lore references, and brazen nostalgia baiting. But none of it is earned. It invokes TNG and other, better shows, but has nothing to offer of its own. It's fan service of the most cynical kind, existing not because it adds anything to the story, but because it'll make guys at Comic-Con shout "Wooooo!" Star Trek was one of the most original, inventive shows on TV, but Picard is little more than a tepid regurgitation of old, tired ideas. Of course, this is a larger issue with TV and movies in general these days—but that doesn't mean the people making Picard couldn't have resisted the urge to pander. 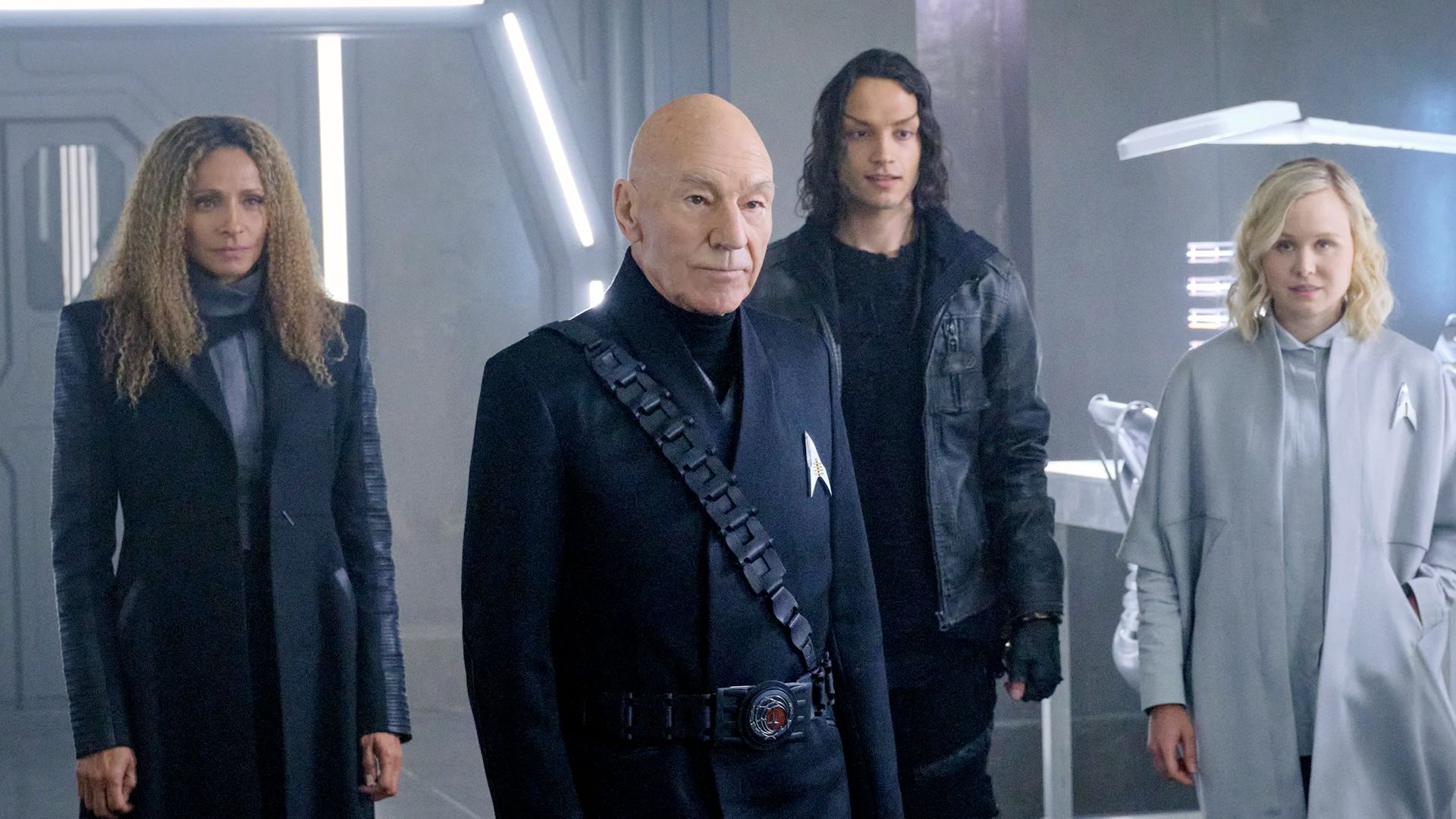 Everyone is an alcoholic for some reason

Picard's writers are obsessed with booze. The characters are constantly swigging the stuff, wearily saying they 'need a drink', knocking back shots of neat liquor, or getting drunk. Sure, humans love drinking and probably still will in the future. But in this context it's just the laziest kind of shorthand for: these characters are, like, so deep and troubled, man. Put a drink in someone's hand, and voila, they're depressed! This might seem like a weird thing to focus on, but it's a perfect example of how desperately lacking in nuance this show is. There's no subtlety whatsoever, and every TV and movie cliché you can imagine is present in some form, without a trace of irony.

They made Q boring

This might be the worst crime of all. Getting the wonderful John de Lancie back to play omnipotent being Q should have been a massive deal. But like everyone else in Picard, this hollow facsimile of the character has been denied all the joy, mischief, and fun that made him such an endearing, watchable villain. He's just as miserable as everyone else now, with none of the fiery wit and spark that defined his TNG incarnation. No silly costumes, no mariachi bands, no gleeful, sneering evil; just standing around dressed in black being all morose. Seriously, how do you screw up Q of all people? De Lancie is still brilliant and he deserved better.

It's a shame, because Star Trek: Picard had a lot of potential. The first teaser suggested this would be a thoughtful character-driven series, giving us an insight into Picard's twilight years. We'd see him reflecting on his past, reuniting with old friends, and enjoying a peaceful life on his vineyard. But, inevitably, both seasons have dragged him out of retirement and back into space. It's such a waste taking this character and forcing him into big, stupid, violent space adventures that play to none of his strengths, joined by a crew of one-dimensional, annoying characters.