Star Wars Jedi: Fallen Order – How To Raise The Spire of Miktrull

Zeffo is a notoriously challenging planet in Star Wars Jedi: Fallen Order, especially when you make your second visit there in Chapter 3. While it is exciting that you finally get the iconic force pull ability during this part of the game, it isn’t long before you’re expected to use it to solve some downright frustrating puzzles, with the worst offender being how to raise the Spire of Miktrull. Don’t let your frustration at this puzzle tempt you to the darkside, and use our guide to stay on the path of the Jedi. 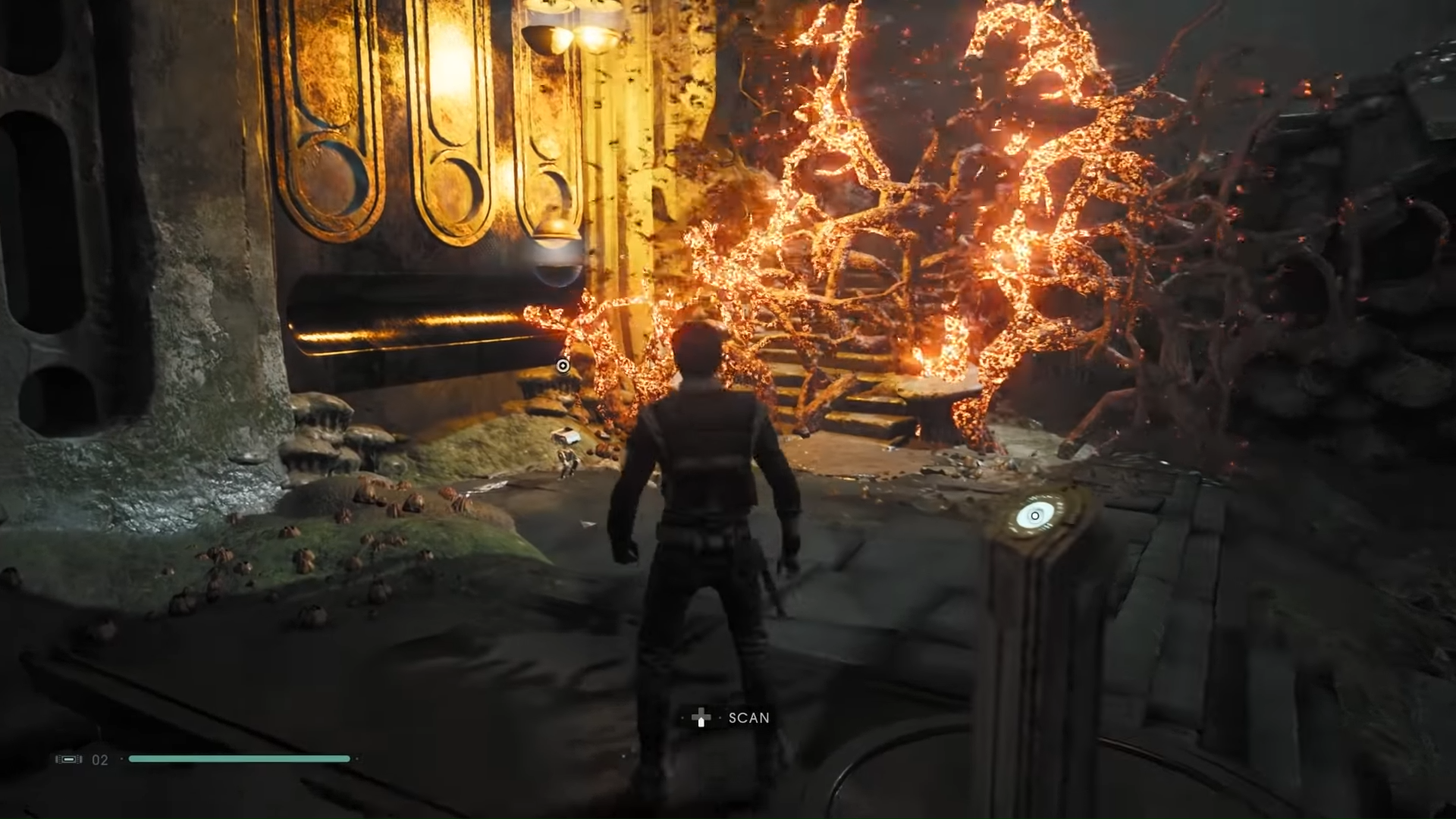 Right off the bat, the Tomb of Miktrull will begin testing you with a series of puzzles that introduce concepts and mechanics you’ll need throughout the Tomb. First off is the small lantern puzzle you find after using your new force push to break through a wall. All you need to do here is push the nearby button to move the lanterns over to the branches to set them alight so you can move on.

On the second floor you will have a small encounter with some Stormtroopers to give you a little reprieve before your next puzzle. Start by pushing the button to drop a block down into the room. Use your force push to knock the block up to the wall with an out of reach doorway so you can climb up and into the hallway. Follow the path, head down some stairs, and swing across some vines to climb up a wall across a chasm. 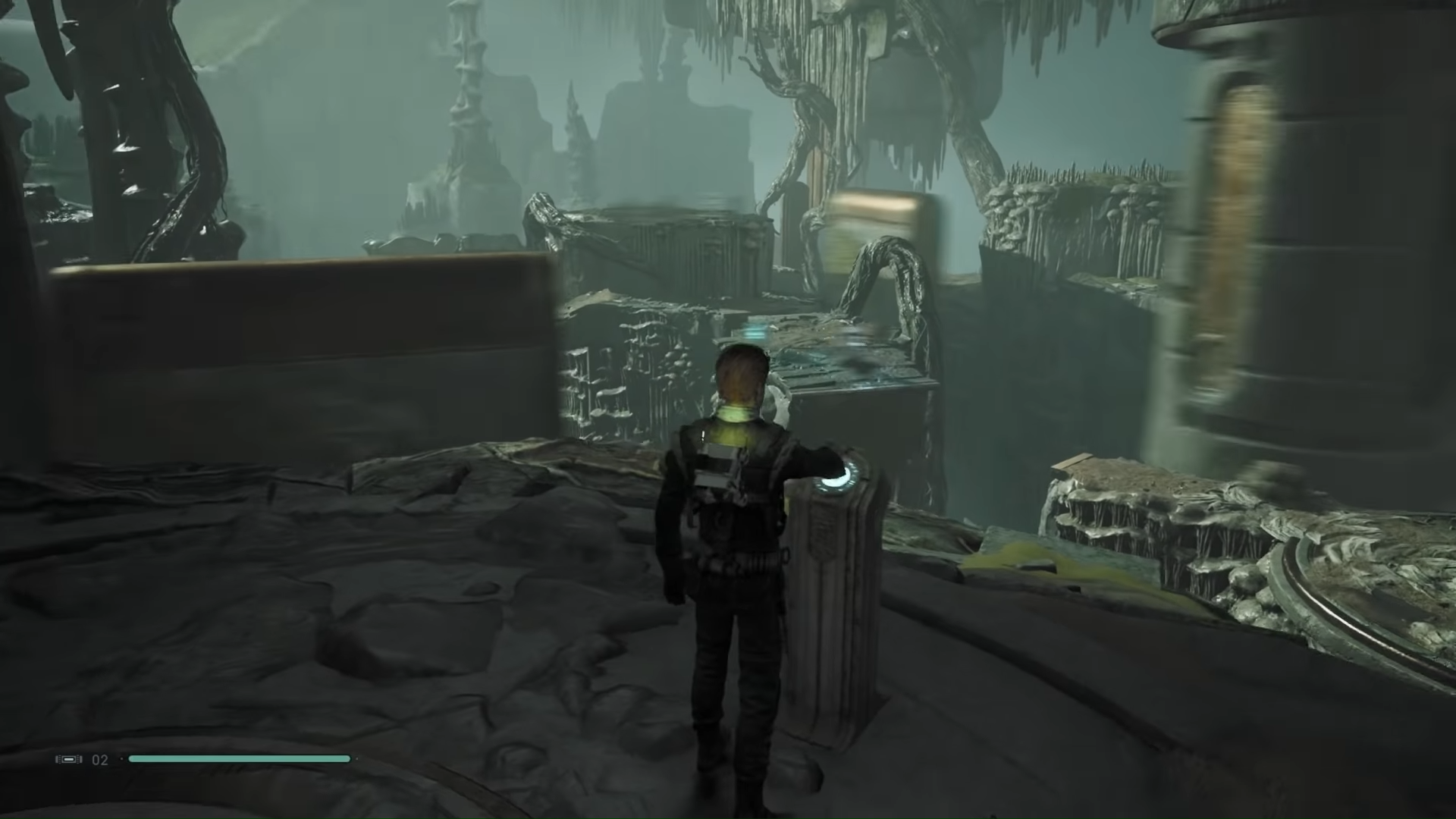 You’ll have another button to press here, this time creating four panels on the central pillar. Run down the vine and jump onto the vines on the left panel to climb around to the left where you will need to dispatch a couple of Stormtroopers. Once they’re dealt with, head along the left side, balance along a branch, and jump to the platform ahead. Follow it around and up to the next button that creates another vine-covered panel to your left that you can use to continue around the room.

Run around the narrow path, killing the poor Stormtrooper in your way, and hit the next button. Once the panel with more vines comes in, use your force slow ability on it, hit the button again, then jump on to ride it back. From there, it is a straight path, with a handful of enemies, until the next puzzle.

This one is just like the first, where you need to get rid of some vines, with the tiny added wrinkle that you need to force push the lanterns into the vines.

Raise The Spire Of Miktrull

Now comes the real challenge of the Tomb of Miktrull: rising the spire. Clear out the arena of enemies to give yourself time and space to deal with it first, and then hit the button to retract the block from the wall. Use your force pull to grab the rope from the spool hanging on the left and pull it straight back and insert it into the little pillar. 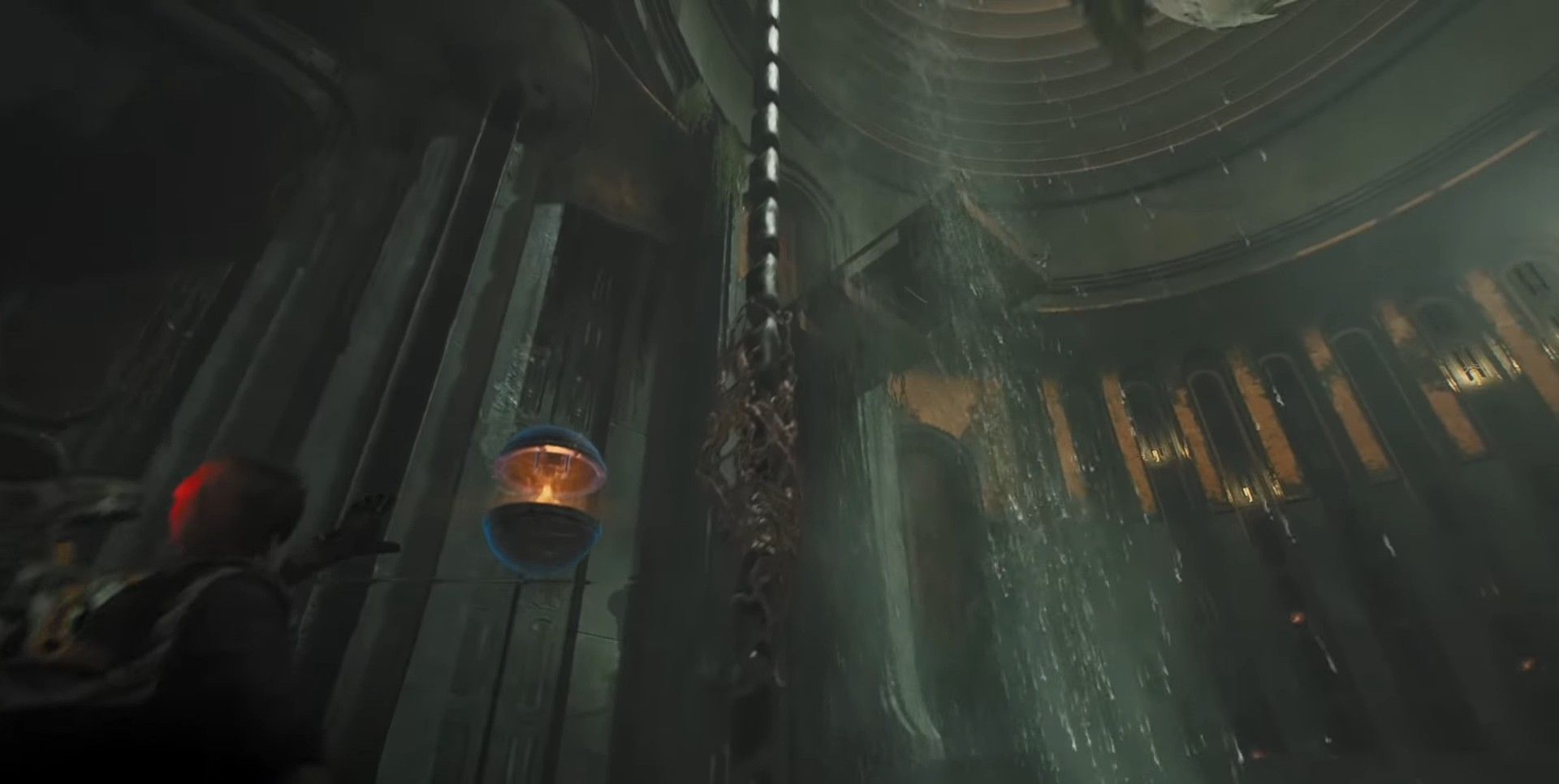 With that done, head to the right and climb up to the second ring and use the force to grab one of the lanterns from the wall. Launch it back across the gap into the gravity beam so it sticks to the left wall and jump back across. Pick it back up here and use it to burn away the vines on the large chain, causing the big metal ball in the center of the room to fall.

Jump down after the ball and use your force powers to move it into the divot on the floor. Watch the spire rise and door open for you to enter to complete the level. 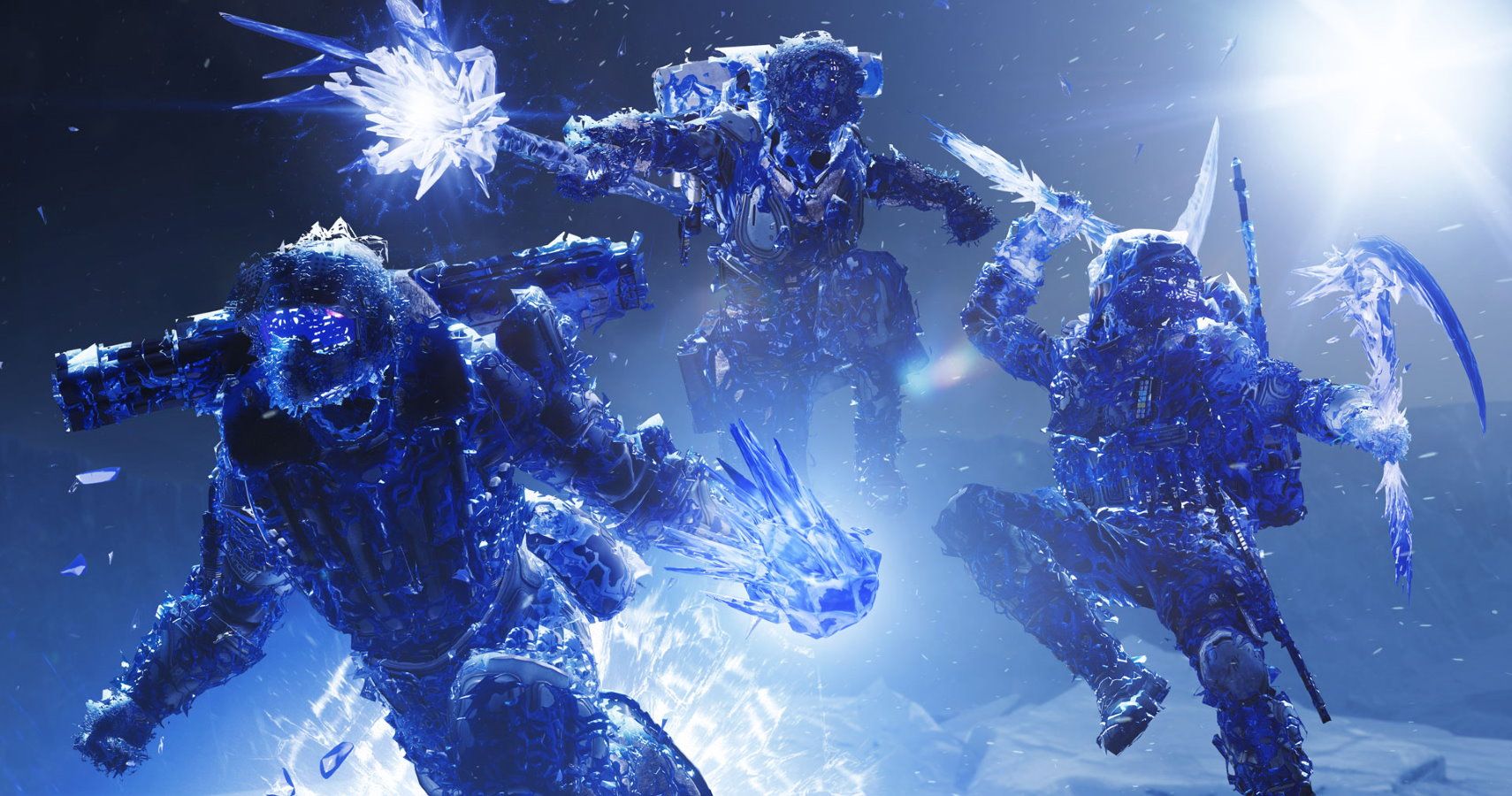