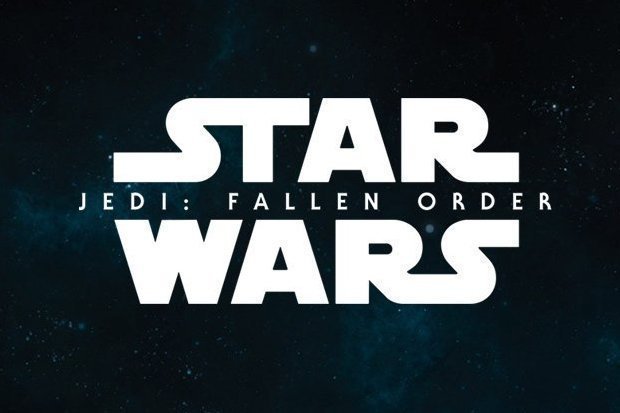 Star Wars is a true titan of the entertainment and one of the most adored franchises in the history of franchises. As such, any time a new part of the universe comes along it is instantly hyped up to absurd levels.

Respawn Entertainment know this and have kept very quiet about their upcoming game, Star Wars Jedi: Fallen order. All we really know about the game is its name and setting.

Well, it looks like they’ll be taking part in the Star Wars celebration in order to give us a bit more information.

Respawn are hosting a panel that will be attended by Vince Zampella, the big boss man, and Stig Asmussen who is the game’s director.

This could well mean the first bit of concrete information about the game, maybe a trailer, maybe some actual gameplay footage.

Hopefully, something though, because fans of Star Wars are a fidgety bunch.

It’s believed that this panel is set to be the official reveal of Star Wars Jedi: Fallen Order. Finally, after a few years of knowing about the game, we will get to actually see some more of it.

A lot of the panel will be talking about how the Respawn Entertainment crew have been working alongside LucasArts. This is an interesting topic because Star Wars games have been woefully underrepresented for a long time.

The Battlefront games are good, but many consider the N64 games and Gamecube games to be the pinnacle.

So far the panel description has stated a few facts too.

Namely that this is an original Star Wars story that is all about “a young Padawan’s Journey in the Dark Times following Order 66”.

If all of that made sense to you, then you can look forward to the panel April 13th at 1.30pm ET.

Star Wars Jedi: Fallen Order was pitched by Respawn as being a “slick, larger-than-life action and fun, groundbreaking mechanics,” and is supposedly set between episodes three and four, a time when the Jedi were being hunted to extinction.

A rather substantial leak on Reddit at the tail end of 2018 may have revealed several key details about the upcoming Third-person action adventure.

“Recently I was able to go to a Star Wars Marketing Presentation by Disney where they discussed all things Star Wars for 2019,” the original Redditor explained.

“It was mostly focused on marketing but they talked about all the different projects and showed a ton of images and concept art.”

What sets this leak apart from numerous other people shouting into the void or claiming their uncle works at Nintendo is that some of the info has been verified by the website ‘Making Star Wars’.

For those unaware, ‘Making Star Wars’ is a trusted source of film intel surrounding the series, and they corroborated a lot of the TV & film info also shared from the same leak.

We digress. The point is, a lot of this info could yet change, or be dropped, but based on this leak, it seems a lot of the info below could be well on the money.

Fallen Order Videogame: They said this is coming out in November. It takes place about 5 years after Revenge of the Sith and follows the main character whose name is Cal (I forget his last name).

He’s was a paduwan that survived the efforts to kill all of the remaining jedi. Not a ton of gameplay info but some of the other story lines are that he has a mentor figure who is a woman named Ceres.

The only other thing I remember is them talking about other characters they would come across from some of the comics. The mentioned the 9th sister and 2nd sister? Something about Inquisitors? I wish I could remember more about this. They showed a ton of artwork.