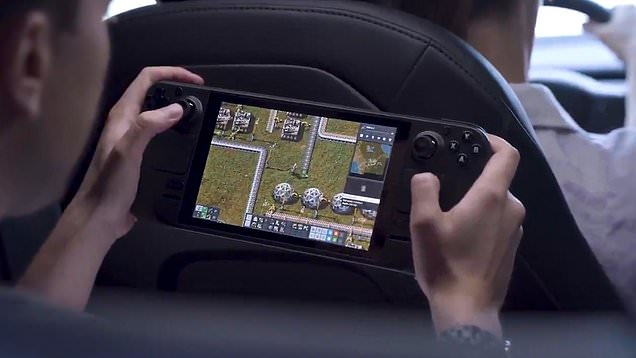 Despite the obvious similarities, Valve stresses that its Steam Deck and the Nintendo Switch are actually quite different.

It’s impossible to not compare Valve’s upcoming console, the Steam Deck, to the Nintendo Switch. Aside from the visual similarities, it functions very much the same as Nintendo’s home console/handheld hybrid. Valve’s even going to be selling docks that can connect the Steam Deck to a TV.

Valve itself is aware of the comparisons, but it has stressed that the key difference between the two is the target audience. Speaking in an interview with IGN, Valve designer Greg Coomer explained how the company is focused on high-end PC gaming, as well as the audience it already cultivated with Steam.

‘We tried to make all the decisions really in Steam Deck that targeted that audience and that served the customers that were already having a good time interacting with the games that are on that platform, on our platform. That really was how we were making our decisions.’

He also admits to the similarities between the Steam Deck and Switch’s designs, but claims Valve wasn’t going out of its way to deliberately ape Nintendo’s console.

‘We’ve ended up with a device that cosmetically shares some traits with a Switch, but that just was… it’s kind of an artefact of how we’ve proceeded down the design direction.’

In a separate interview, Valve co-founder Gabe Newell pointed out that a key difference between the two is how they feel, saying that the Steam Deck is far bulkier and how that’s the trade-off.

‘So I think Nintendo does a great job targeting the audience they do with the content that they have. And that’s going to be different. Like when you pick this up, it feels much more like the ergonomics for somebody who’s used to playing with an expensive game controller, right? Because it’s bigger and it’s bulkier than a Switch. And if we’re right, that’s the right trade-off to be making for the audience that we’re going after.

The Steam Deck’s core appeal is the ability to access Steam’s massive library of games while on the go; it is essentially a handheld PC. That said, there have been concerns about whether the console can run at a consistent and stable frame rate.

Coder Pierre-Loup Griffais has stated on Twitter that all the games tested on the Steam Deck so far have managed to meet and surpass the minimum target of 30 frames per second.

The “30 FPS target” refers to the floor of what we consider playable in our performance testing; games we’ve tested and shown have consistently met and exceeded that bar so far. There will also be an optional built-in FPS limiter to fine-tune perf vs. battery life.

There are many who outright despise the idea of playing a game at only 30fps, arguing that 60fps should be the bare minimum. But Griffais’ wording does imply that 30fps isn’t necessarily the standard; it’s just the absolute bare minimum.

There will be an optional limiter as well, which will allow users to fine-tune the performance. That way, you can opt for a lower performance to save on battery life if you wish.

The Steam Deck is expected to release in 2022.