Stranded: Alien Dawn takes inspiration from Earth's biomes and reinvents them into equally familiar and foreign ecosystems. The Desertum region, which premiered in the game's DLC expansion, "Dunes And Moons," clearly exemplifies this fusion.

On the one hand, Desertum is your typical desert with high-fluctuating temperatures, plenty of cacti, and periods of dry and wet weather. But on the other hand, this region will introduce you to zebra-striped camels, syrupy tube plants, and giant scorpions. It's a lot to take in, but we'll help you through it!

Note: Stranded: Alien Dawn is an Early Access title still in development. Therefore, its current version does not represent the contents of the finished game. As a result, parts of this guide may become obsolete/inaccurate as the title grows and evolves. Additionally, bugs and glitches may inhibit gameplay. 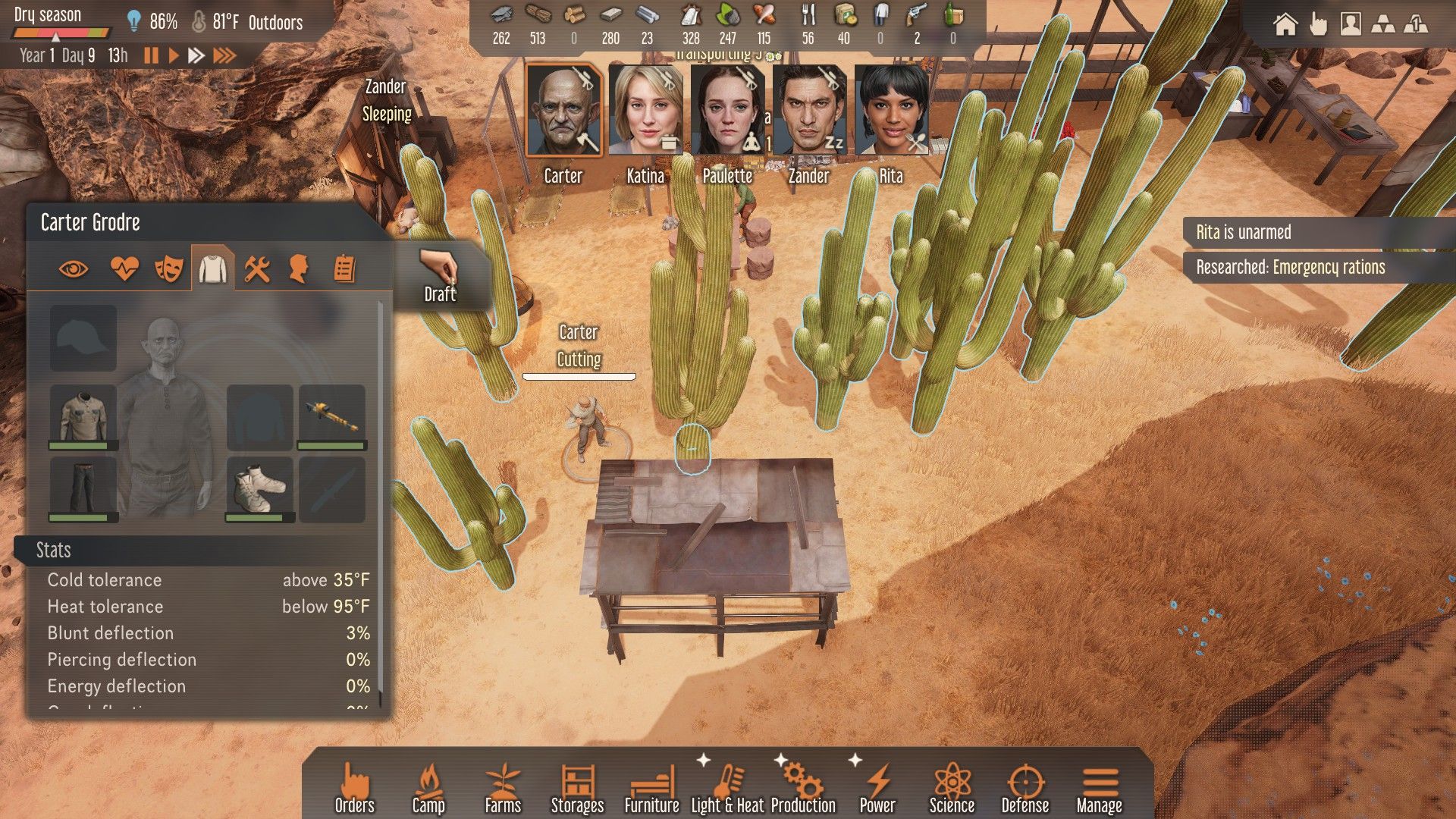 Sobrius, the first region introduced in Stranded, resembles a temperate mountain valley climate consisting of all the seasonal changes most would be used to. There is a Spring, Summer, Fall, and Winter, with Summer and Spring featuring a warmer climate while Fall and Winter stay cooler.

However, there are only two seasons in Desertum, Dry and Wet. During dry months, rain is less frequent, leading to hotter days and less-than-productive harvest yields. In the Wet season, it will rain for days on end. The downpour will frustrate your crew, but your crops will yield much faster.

The one consistent factor throughout the year in Desrtum is the polarities of temperature from day to night. During the day, temperatures can reach as high as 90℉/32℃. But come evening, the temperature will drop as low as 15℉/-9℃.

During our first year in Desertum, while the heat was uncomfortable, our survivors could handle the higher temperatures. We had only one case of minor heatstroke that was alleviated once the patient rested under the shade of a metal shelter.

The cold temperatures in Desertum offer more difficult challenges. It's common for survivors to wake from sleep with mild hypothermia. We also had small outbreaks of the common cold and some skirmishes with pneumonia. So, as you can see, equipping your crew for the cold temperatures of Desertum should take a higher priority than the heat.

One of the first things you can do to alleviate the freezing temperatures of Desertum is to install several torches and heat stoves around your shelter. These tools require minimal resources and will reduce the cold's effects on your crew overnight.

Another essential priority is preparing outerwear for the Wet season. So immediately harvest fabric materials, like clothblossoms, skinbark, and hay. Then dedicate a tailor to constructing new sets of clothing for your crew. Building a new wardrobe from head to toe for four people is a huge task, even for the most skilled seamstress, so start as soon as possible.

These are some general tips. However, you'll notice that every aspect of Desertum life relates to the region's fast-changing temperatures. 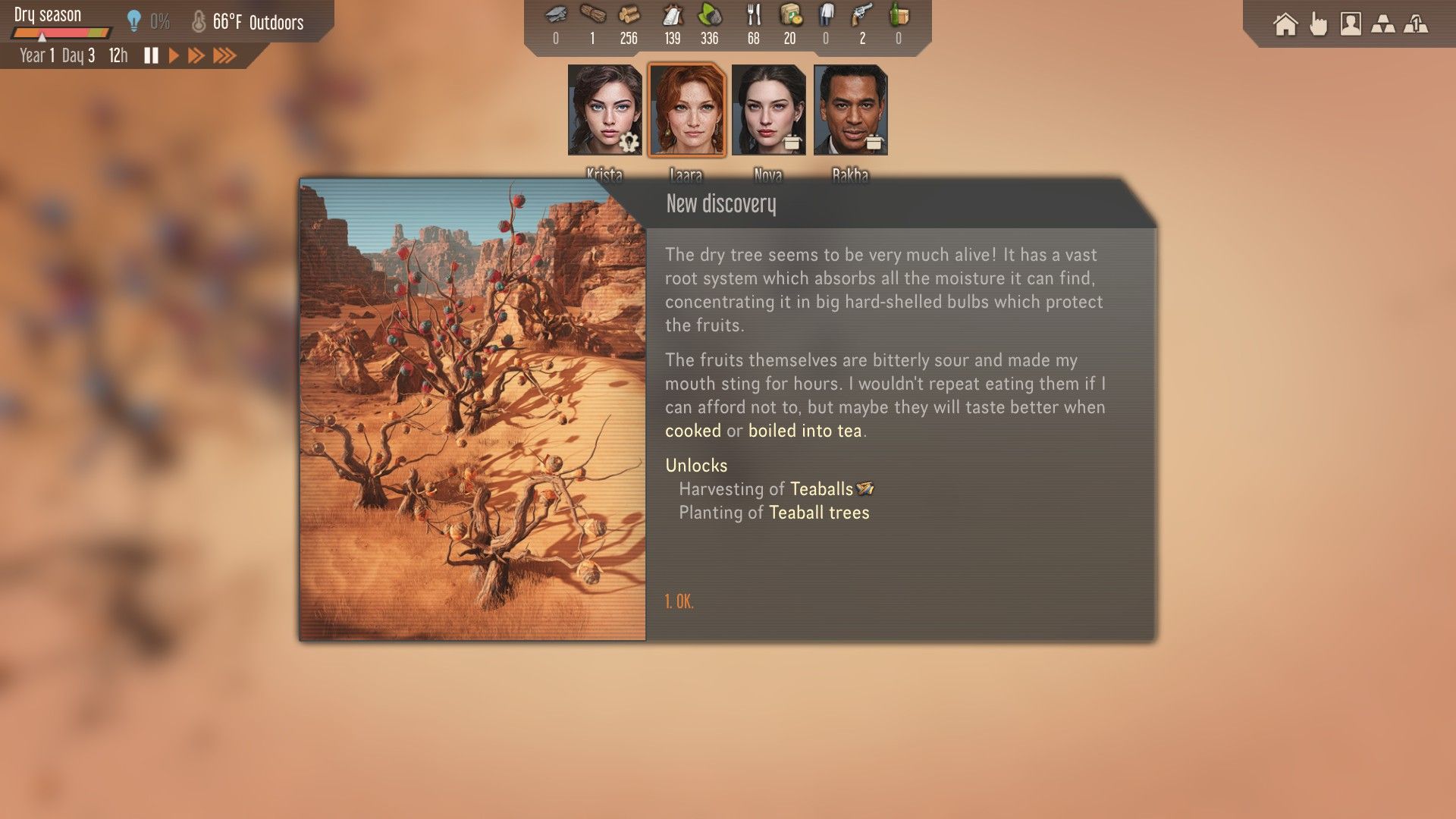 Desertum's plant life provides several essentials that your crew can't live without. While a lot of the vegetation is inedible, several crops can provide fabrics or medicinal aids. Here are the species we came across:

Unlike Sobrius, fertile soil is harder to come by in Desertum. You won't find any vibrant, green loam soil to plant your crops in. Instead, your best bet is Silt, which often yields a 75% success rate. You'll find this soil near rocky cliffs and stones. 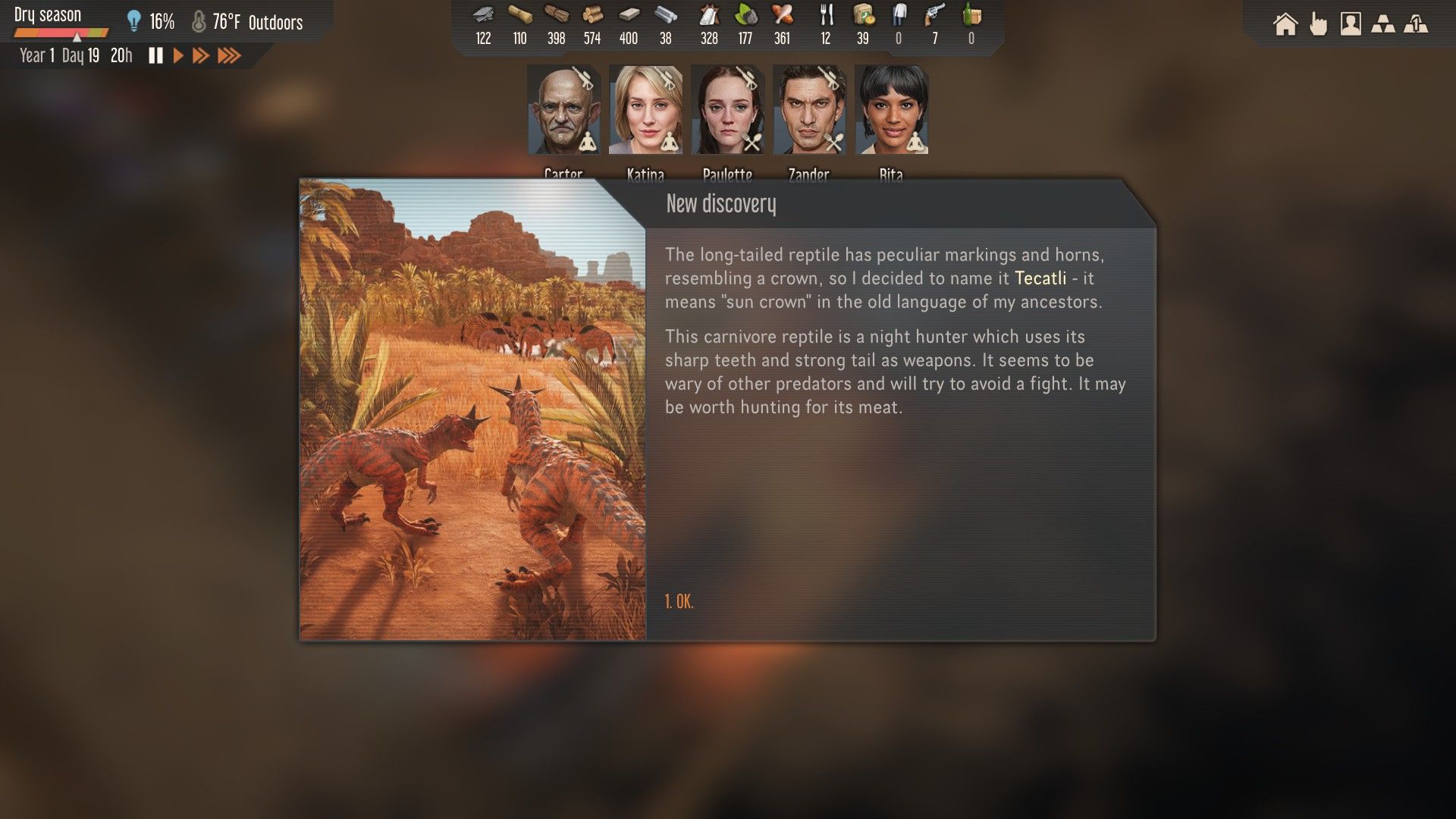 The animals in Desertum are a combination of new species and everyday Sobrius wildlife. Thankfully, most of these species are prey rather than predator. So you can hunt this game for quick food resources if you're not accommodating vegetarians. 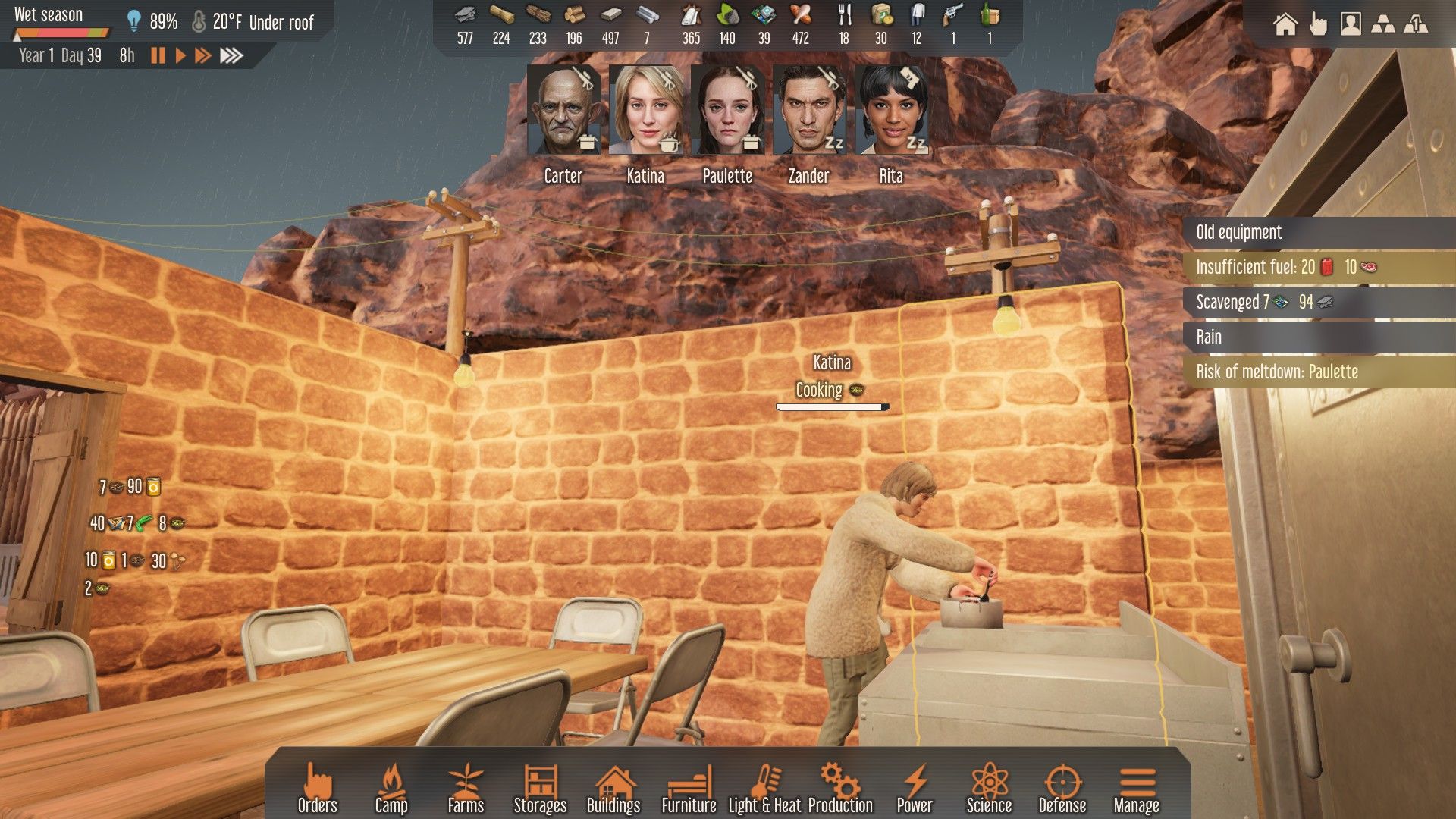 It makes sense to hunker down at the research table in your first week of Desertum life. But what research should take priority? First, let's consider Desertum's greatest challenge, its climate.

Since Desertum has frigid nightly temperatures, research projects like tailoring and basic construction are musts. Once you make these discoveries, you can focus on producing thermal wear and housing to keep your crew warm.

On the opposite end of the spectrum, let's focus on Desertum's dry heat. Luckily, you can use this feature to your advantage. For instance, if you hang your raw meat out on a drying rack, Desertum's heat will accelerate the process, thus providing you with edible meat jerky that will last longer.

Other food preservation methods, like pickling and refrigeration, are essential too. Otherwise, the excess heat will cause your food to spoil.

Lastly, invest in a wind turbine once your electrical grid is up and running. Diesel generators can quickly devour fuel. But Desertum's open air will keep your turbine spinning throughout the year!