In Subnautica: Below Zero you will be playing as Robin Ayou, a scientist that’s looking to investigate the circumstances of her sister’s death.

This survival adventure game takes place on planet 4546B, an ocean world covered almost entirely by water. And while in Below Zero, you’ll get to explore some land-based areas, the majority of the time, you’ll be underwater. As such, you’ll have to find oxygen sources so Robin can survive. Luckily, there are plenty of those in Subnautica: Below Zero. Here’s how you can find them.

Oxygen Mechanics In Below Zero 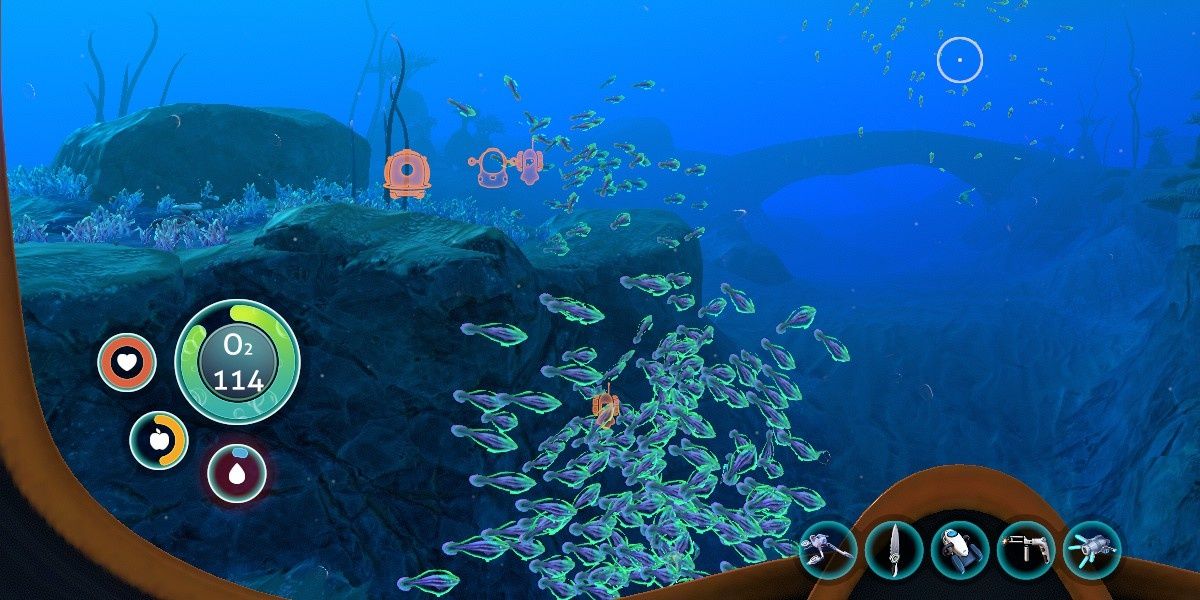 As a human, Robin needs Oxygen to breathe and survive in this alien world. Planet 4546B has plenty of this gas in its atmosphere. Still, whenever Robin goes diving, her Oxygen reserve lowers over time.

If Oxygen levels get low enough, the screen will fade to black, and you’ll have only a few seconds to take Robin to the surface so she can breathe (doing so will also replenish the amount of Oxygen you have available). If you don’t do this on time, the screen will completely fade out, and she’ll die.

Another thing you need to keep in mind is that the further you go, the more Oxygen Robin will consume. For example:

However, sometimes you need to go diving for a longer time, and coming to the surface for some air isn’t just an option. That’s why the game has other Oxygen sources you can get the gas from. 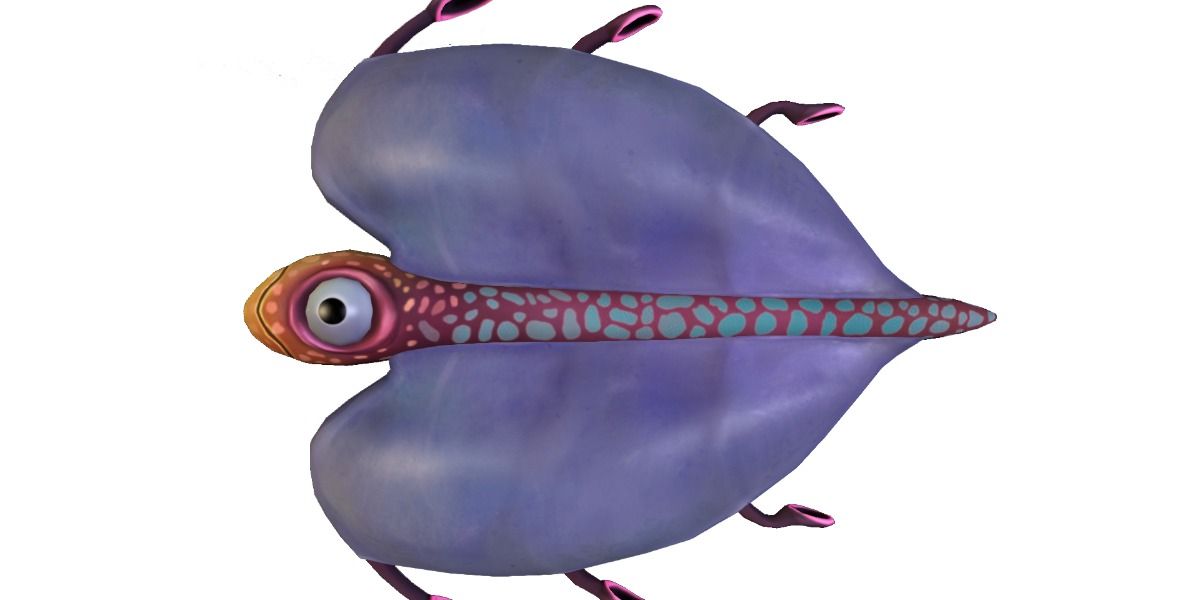 The bladderfish is a small and non-aggressive fauna that you can find in the following biomes:

These species are super easy to catch since they’re very slow, especially during nighttime when they’re almost immobile.

Catching Bladderfish is something you’ll be doing a lot at the start of the game since consuming one will replenish 15 Oxygen units. Moreover, you can also use these fish to craft Filtered Water.

How To Make Filtered Water 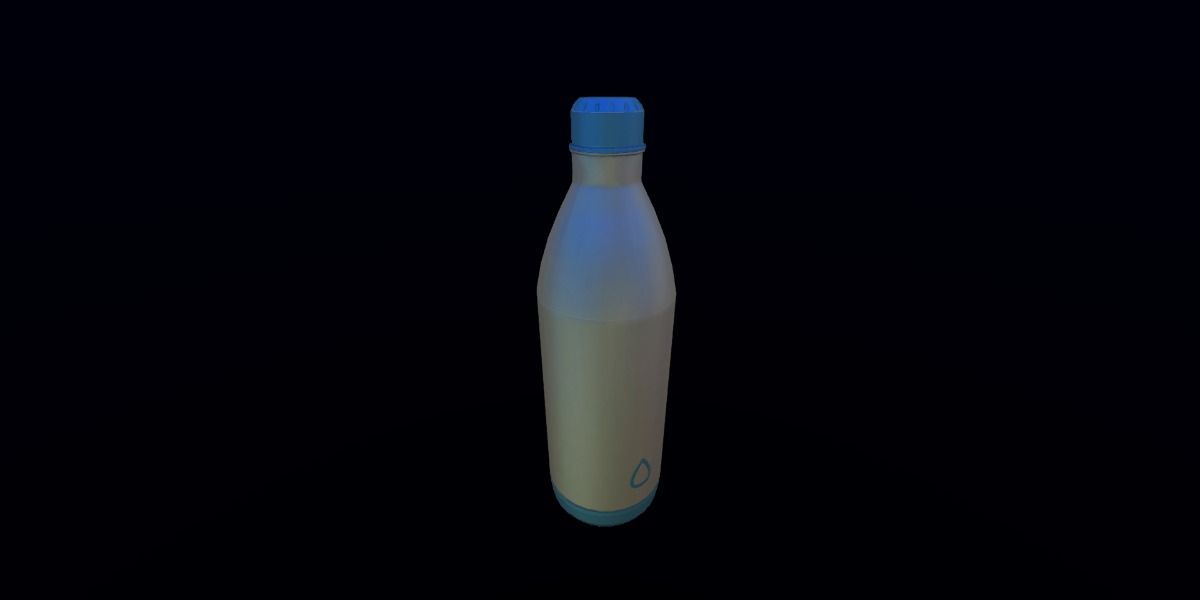 This one is a food item you can craft by using the Fabricator. You’ll only need one Bladderfish to make one Filtered Water and each bottle will replenish 25 Oxygen units.

There’s also a chance you’ll come by Filtered Water inside Supply Crates as well as scattered around the initial crash site when the game begins.

How To Get Oxygen From Ice Bubbles 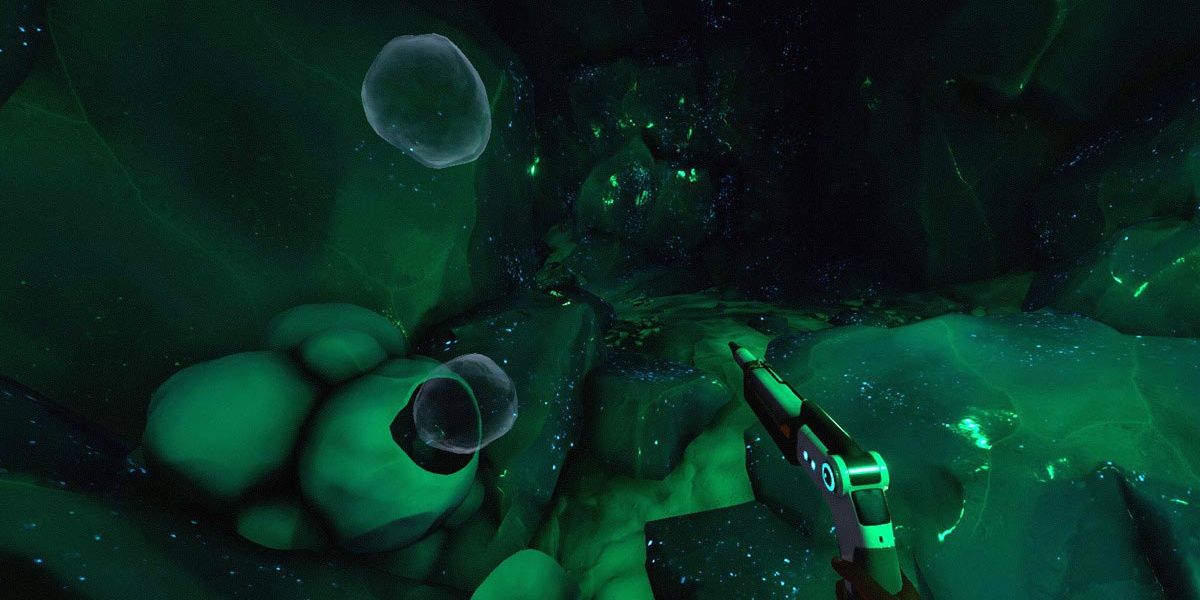 This bubble looks like clusters of larger bubbles frozen together. You’ll typically find these in the walls of caves located in the East Arctic, the Glacial Connection, or inside the underwater parts of the Glacial Basin.

To get Oxygen from these bubbles, you’ll have to cut them open with a laser cutter. Afterward, three Oxygen bubbles will come out, and you can use those to replenish your Oxygen bar.

Where To Find Oxygen Plants 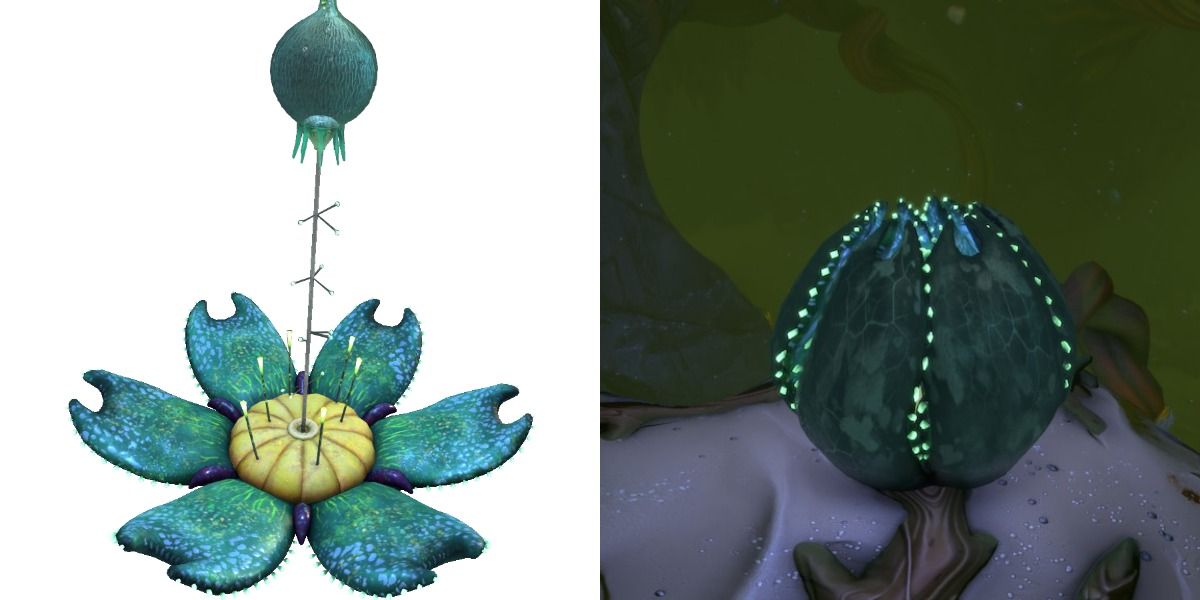 This plant is great for replenishing Oxygen since it will give you 30 Oxygen units, which come from the bulb it has. It looks like a big blue flower with a yellow center, so make sure to keep an eye out for it when you’re exploring the following biomes:

The Titan Holefish Is Best Used Only In An Emergency 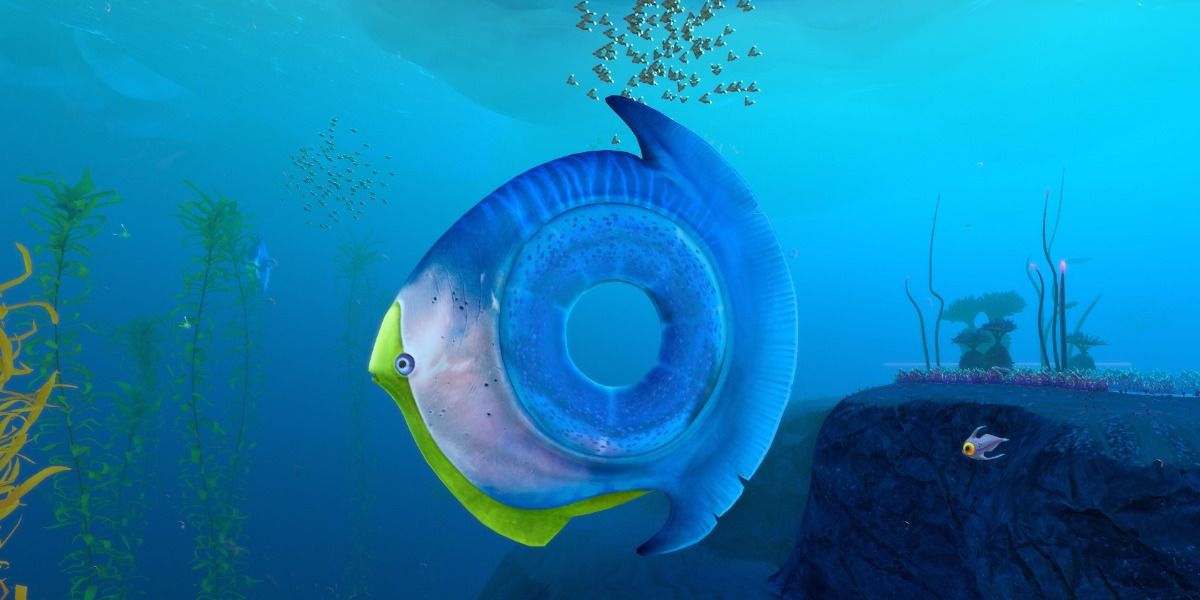 This fish is big enough that you can swim through the hole it has in the middle of its body. While this one is a passive creature, it has a symbiotic relationship with the Symbiote, a much smaller but very aggressive creature that deals seven bite damage when approached.

This symbiotic relationship is the reason why many players prefer to use the Titan Holefish only in case of emergency. This fish offers low Oxygen, and you’ll have to avoid or kill the Symbiotes that are near it.

General Tips For Gathering Oxygen In Below Zero

As you can see, there are many options in Subnautica: Below Zero from where you can gather Oxygen. However, there are certain things you can do to further optimize your consumption of this gas. 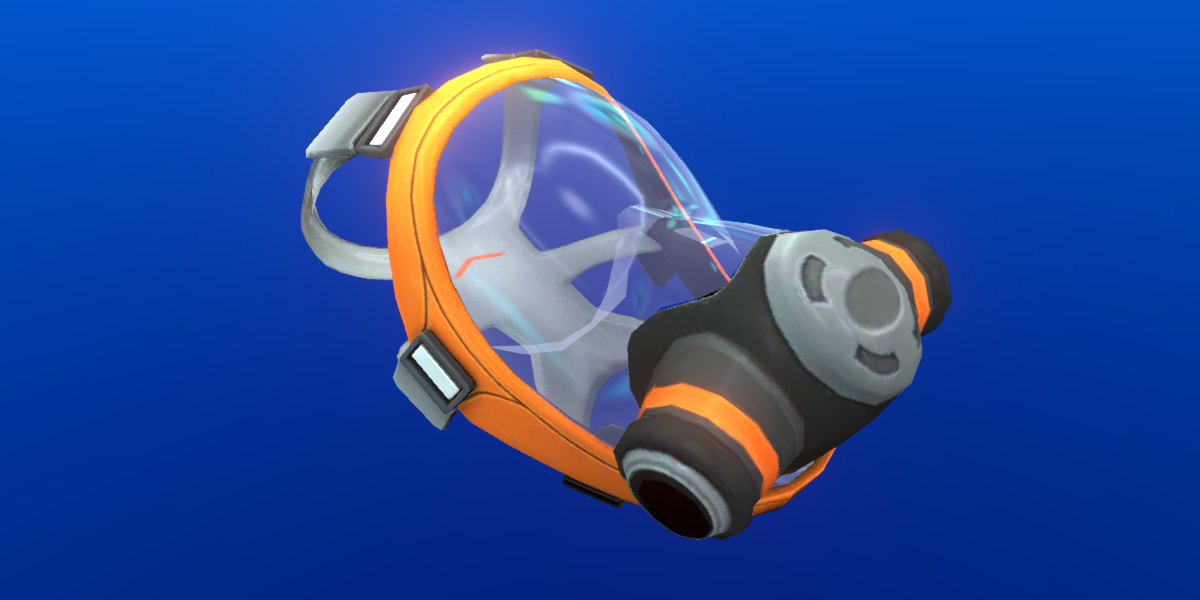 This item is very useful when you’re planning to dive way below 100 m since it will conserve Oxygen, and it also absorbs and recycles CO2 into breathable air. Basically, what the Rebreather does is slow the rate at which you consume Oxygen when exploring below 100m. You can make the Rebreather using the Fabricator and you’ll need the following materials to do so:

This item has to be equipped in the PDA’s head slot in order to work. 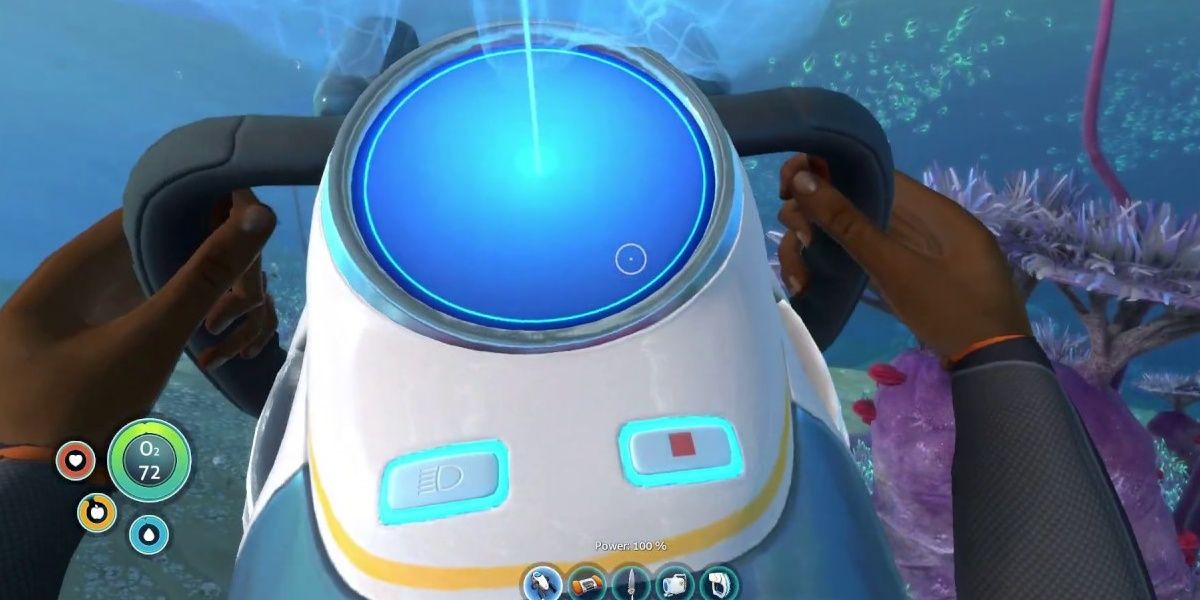 This one is certainly a must-have when you start exploring Planet 4546B, especially when you’re new to the game and don’t have a vehicle just yet. Basically, what the Seaglide does is make you move at a much faster pace when you’re underwater and holding it. It’s good for oxygen consumption because by moving faster, you can do more things while using the same amount of Oxygen.

You can craft this item by using the Fabricator and you will need: 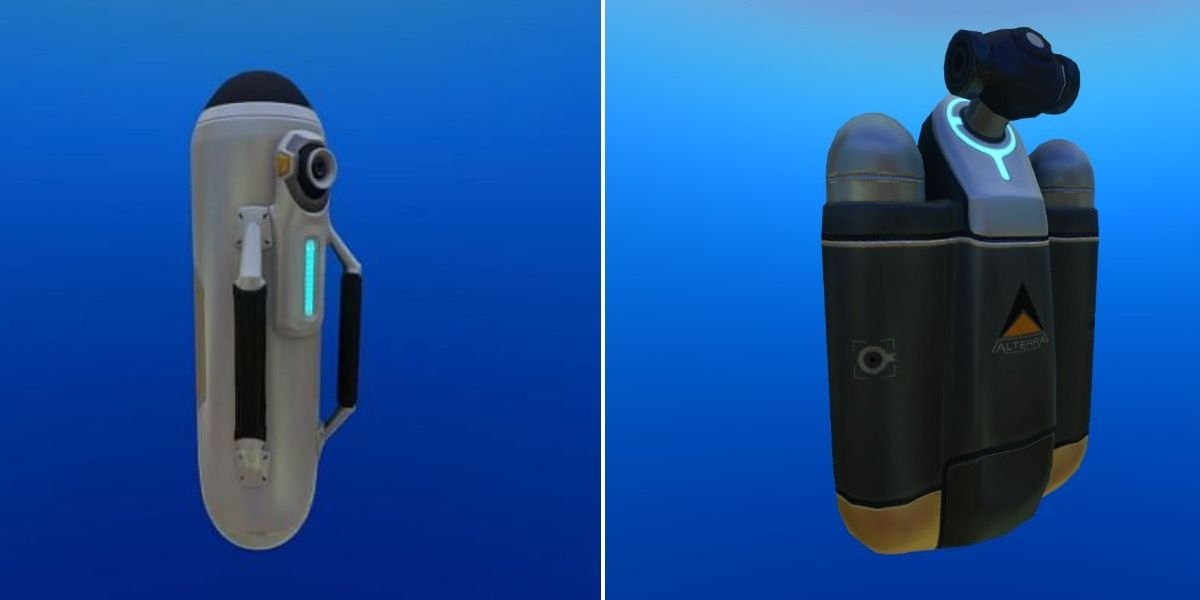 At first, Robin will only be able to store 45 units of Oxygen, this isn’t bad, but it can be much, much better. To boost your Oxygen supply, craft an Oxygen tank.