Subtask is a simple Trello alternative for tracking and visualizing projects

Any company that has rapidly embraced remote work in 2020 has found an abundance of cloud-based collaborative tools to ease the transition, but there may be room for one more if it packs enough differentiators.

Plectica, a New York-based software developer cofounded in 2016 by former Shutterstock CFO Adam Riggs, launched a new video conference tool called Team.Video in August. The company said at the time its goal was to challenge Zoom with features that fix “common meeting frustrations.” With Subtask, a web-based tool it is launching out of beta today, Plectica is now taking on Trello and its ilk with a new task-management toolset that promises teams a handful of unique features embedded in a simple, intuitive interface.

Subtask offers many of the features found in similar software, allowing users to assign, track, and prioritize tasks as part of a broader project objective and see who in the team is responsible for what. But Subtask also offers a feature it refers to as the “effort-value priority matrix,” which visualizes the costs and benefits of each task and sheds light on which tasks are worth focusing on first.

Users drag and drop each task card into the quadrant they feel it should be associated with. They can also tailor the board to suit different use cases, including changing labels and colors. It also supports various formats, such as an Eisenhower matrix and SWOT analysis. 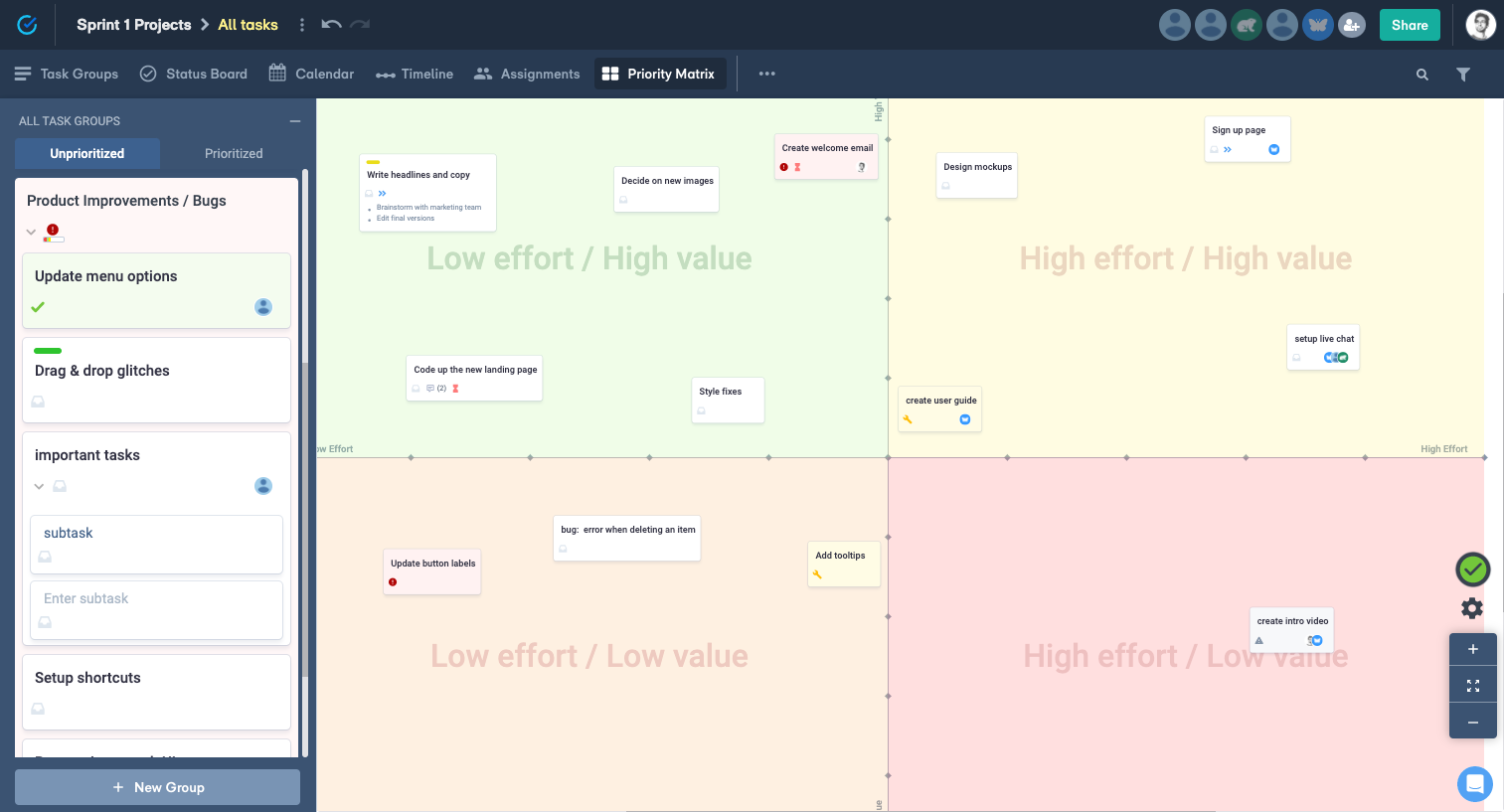 Above: Subtask’s effort versus value matrix

Using this matrix, teams may decide to prioritize a relatively low-effort task that offers significant near-term value and demote a task that is relatively high-risk in terms of immediate benefit.

Among automated elements at play here, Subtask analyzes the placement of each task and automatically ranks them in order, starting with all of the low-effort/high-value work. It may also alert users if they align every task as low-effort/high-value, a feature designed to make users really think about their task-prioritization methodology.

“The key benefit is it forces people to break down their risks by cost and benefit and debate the trade-offs for what tasks to tackle first,” Riggs told VentureBeat. “Another challenge people have is actually articulating why the effort or value is what they think it is, so Subtask prompts people to add comments explaining their reasons that their entire team can see. When you’re just prioritizing in a flat list, it doesn’t prompt people to think this deeply about the trade-offs they need to consider.” 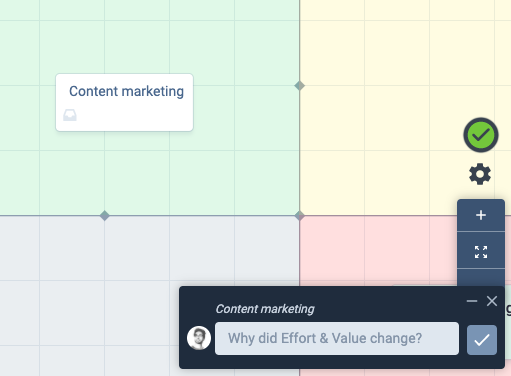 Subtask also sports built-in dependency tracking and a timeline/Gantt chart view that helps users visualize which tasks must be completed before the next one can begin, as well as a calendar view that shows monthly or weekly workloads at a glance. This may appeal to companies that prefer native features to third-party integrations, which involve sharing data. 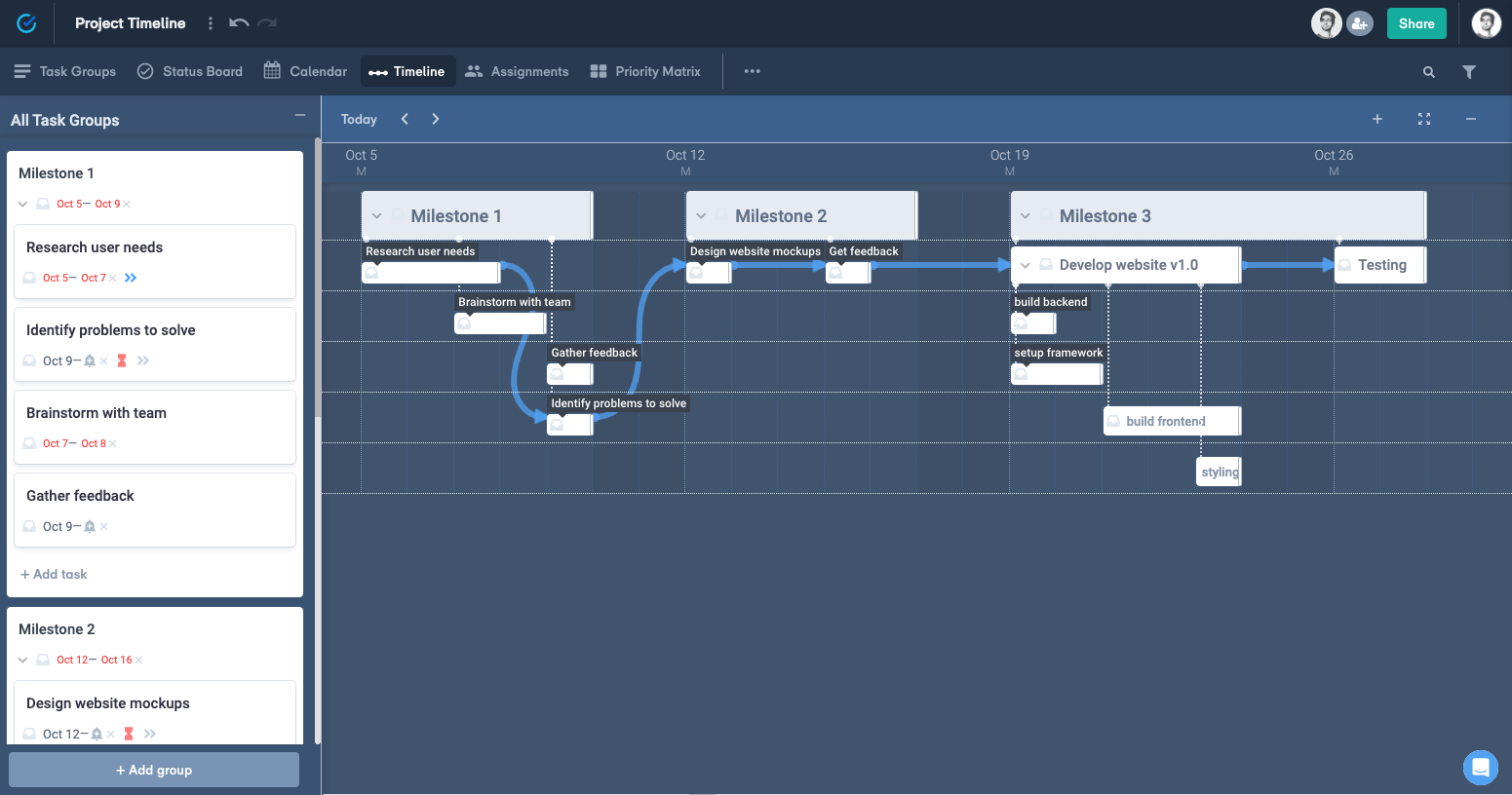 In terms of pricing, Subtask adopts a model similar to that of Trello, offering a basic free plan with a 10-board limit, as well as a $10 paid plan that unlocks unlimited boards, among other features.

It’s been a big year for remote collaboration tools, with the likes of Zoom recording record user numbers, Salesforce tabling a $27.7 billion bid for Slack, and Trello rival Asana becoming a public company.

Plectica now has four products on the market, including its core visual mapping software, its Social Hour virtual events platform, Team.Video, and now Subtask. What’s apparent is that Plectica is looking at the popular productivity tools and launching alternatives, with key features it believes incumbents lack.

With Team.Video, Plectica goes beyond what Zoom offers by allowing participants to assign agenda items to other participants and set a timer for each item to ensure meetings run on schedule. It also supports collaborative note-taking directly inside the app, while integrated analytics show who was late to the meeting and the amount of time each individual spoke for. Such features might not be for everyone, but the idea is to offer alternatives to those who want them, rather than replicating existing tools wholesale.

According to Riggs, many of its Subtask beta customers had previously used Trello, Jira, Asana, Microsoft Project, spreadsheets, and good old-fashioned pen and paper. The company conducted dozens of interviews to drill down into key project management frustrations and found that “nobody loves their current task software,” Riggs said, noting that people often found their software too complicated to use or reported that it didn’t do exactly what they needed it to.

“One reason for this is that most project management software isn’t built for users, it’s built for their managers,” Riggs said. “Their current tools are all about filling in lots of forms and pressing a button when the work is done so their manager gets a report. Subtask flips the focus and puts the person doing the work front and center. As we built Subtask, we kept talking to customers, which helped us focus on the features they needed and making them work the way they want them to.”

So while there are plenty of collaborative project management tools on the market, Plectica hopes to curry favor with small to mid-sized companies, particularly where general non-technical users want to track projects. While Subtask brings fresh smarts to the table, it also lacks in other areas — it doesn’t yet have native mobile apps, though its web portal is mobile friendly. Trello and Asana, arguably the most directly comparable tools, are also more extensible — Trello offers Power-Ups that allow users to add functionality from Trello and myriad third parties, and Asana offers something similar.

Subtask does feature some integrations, including with Google Calendar, Slack, and email, but some users may find the options limited compared with the bigger players on the market. There is no option to integrate with GitHub, for example, which may be a deal-breaker for developer teams. And Subtask offers little in the way of analytics for now, beyond a daily activity log.

“At the moment, Subtask has minimal reporting features,” Riggs said. “The main focus of Subtask is empowering users to organize work the way they want and help them think about it more clearly.”