Super Mario Bros: How To Reach The Fabled Minus World

Want to access the secret Minus World in Super Mario Bros.? Here’s how.

When it comes to a game as old as Super Mario Bros,. it shouldn’t come as much of a surprise that not everything in it works quite as intended. The Minus World may be the most famous example of the game’s flaws, but not many know how to get there or why it even exists.

The Minus World: What It Is And How To Get There

The fabled Minus World, the most famous of all of the Super Mario Bros. glitched worlds, was introduced to the world in the third issue of the Nintendo Power magazine, in 1988. The world can be described as an endless, above-ground water level with no escape, with a world counter reading “World -1.” The world can be accessed through regular play, with the use of a few simple glitches, and its existence is due to a small design flaw.

Every warp zone in Super Mario Bros has three values attributed to it. These three values are displayed as three textures in the warp zone, above each of the warp pipes. In the 1-2 warp zone for example, the three values are 2, 3 and 4. When a game is looking to warp a player to another world, it simply looks reads the texture ID of the number above the entered pipe and sends the player to the world of the same ID.

One of the two warp zones in 4-2 features just a single warp pipe to World 5, however the zone itself still must have three values in its code. In this case, the three values are 36, 5 and 36. 36 is the ID of an invisible texture, hence the left and right textures in the warp zone do not appear and you only see the central “5.” If pipes were added beneath the two invisible textures, they would attempt to take the player to World 36, but no pipes were added. 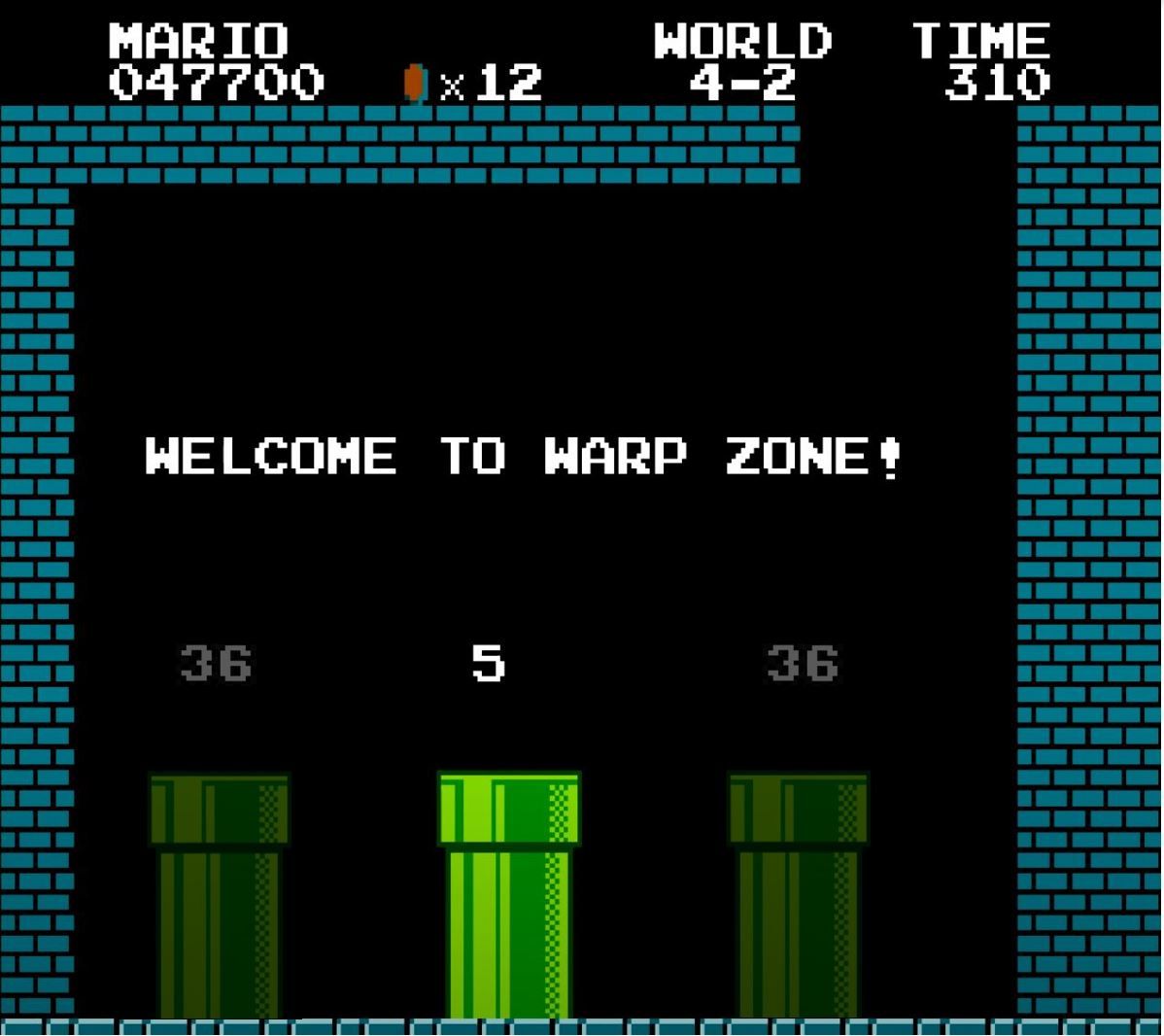 The data that this warp zone holds is the default warp zone data, hence until any other warp zone in the game is fully loaded, the three values in it will be 36, 5 and 36. This means that if a player enters the far left or far right pipe in another warp zone, before the data is overwritten, the game will attempt to send them to World 36-1. Since the world display shows textures, not written text, the “36” would appear invisible and it would read “World -1.”

How To Get There

To reach the Minus World, players must enter the left pipe of the 1-2 warp zone without loading in the warp zone’s correct data. The data is update once Mario surpasses the point pictured below: 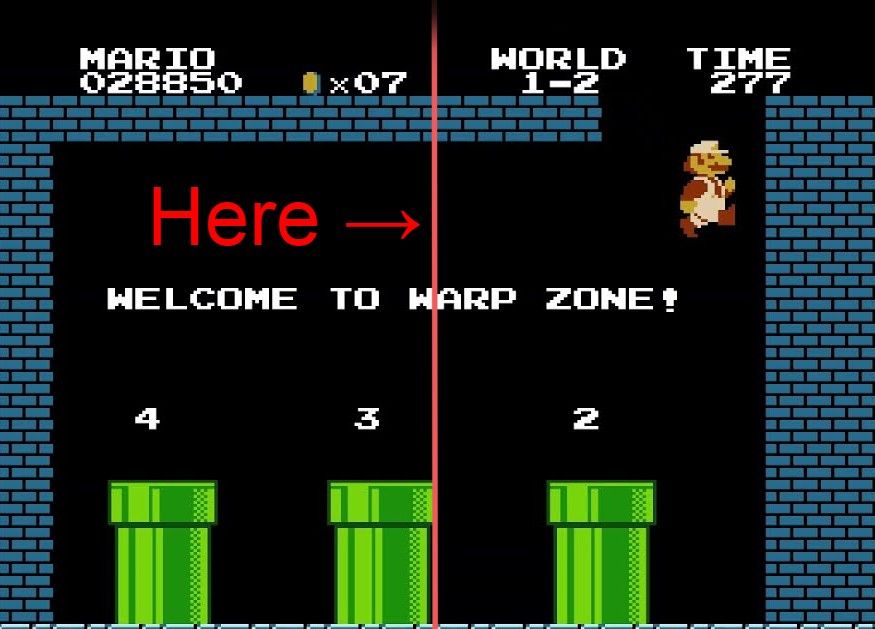 Once you reach the horizontal pipe in 1-2 pictured below, destroy the second and third blocks to the left of the pipe and crouch on the edge of the pipe. You will want Mario’s foot to be perfectly in line with the dark green column of pixels on the far left of the pipe. While holding down to crouch, jump and then hold right, such that he is underneath the right ceiling block just as he starts coming down. It may take a few tries, but once successful, Mario will glitch into the wall. 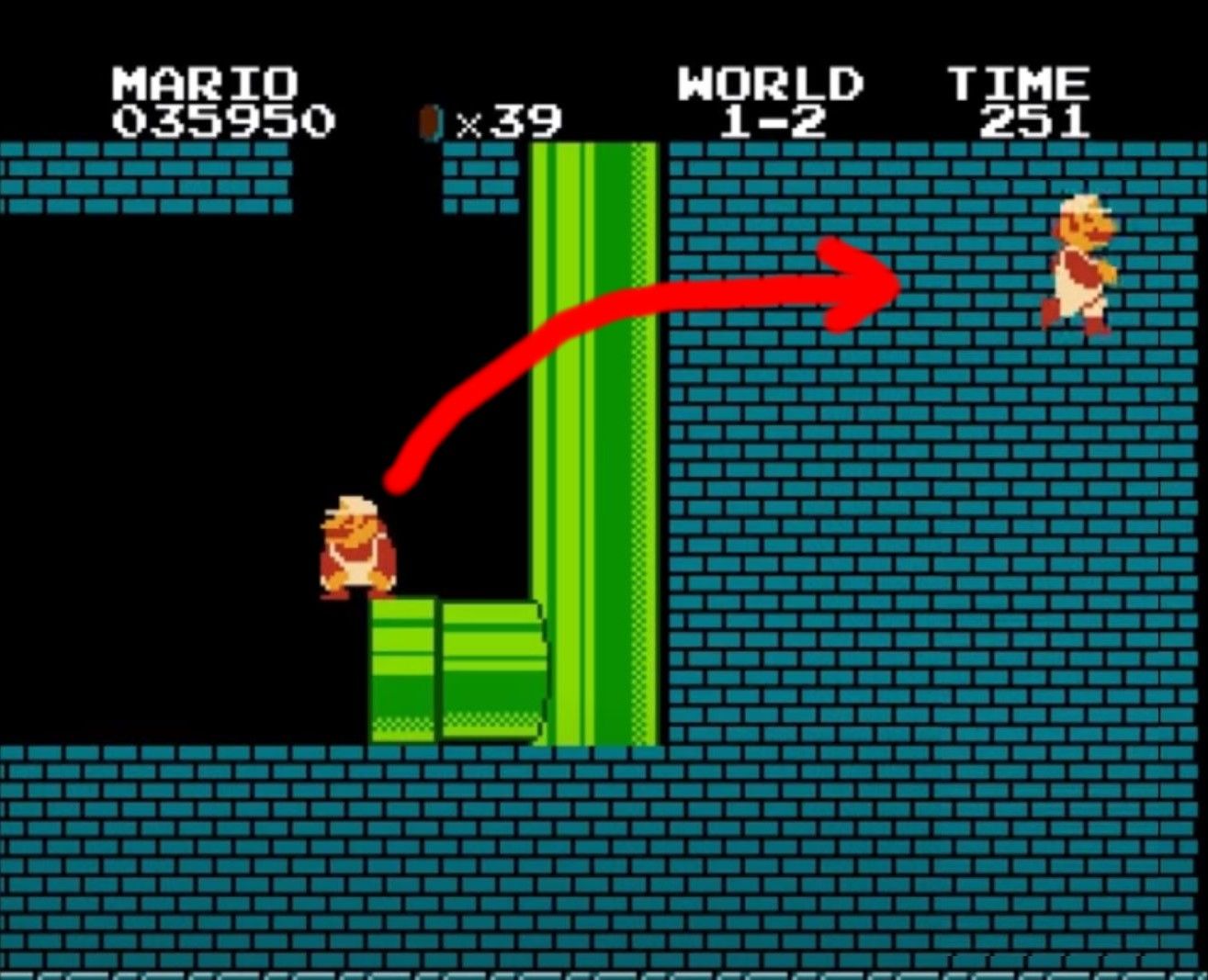 Run right and enter the closest pipe once it’s safe to do so. Because you have not gone far enough to the right to load in the new warp zone data, you will be transported to the Minus World! 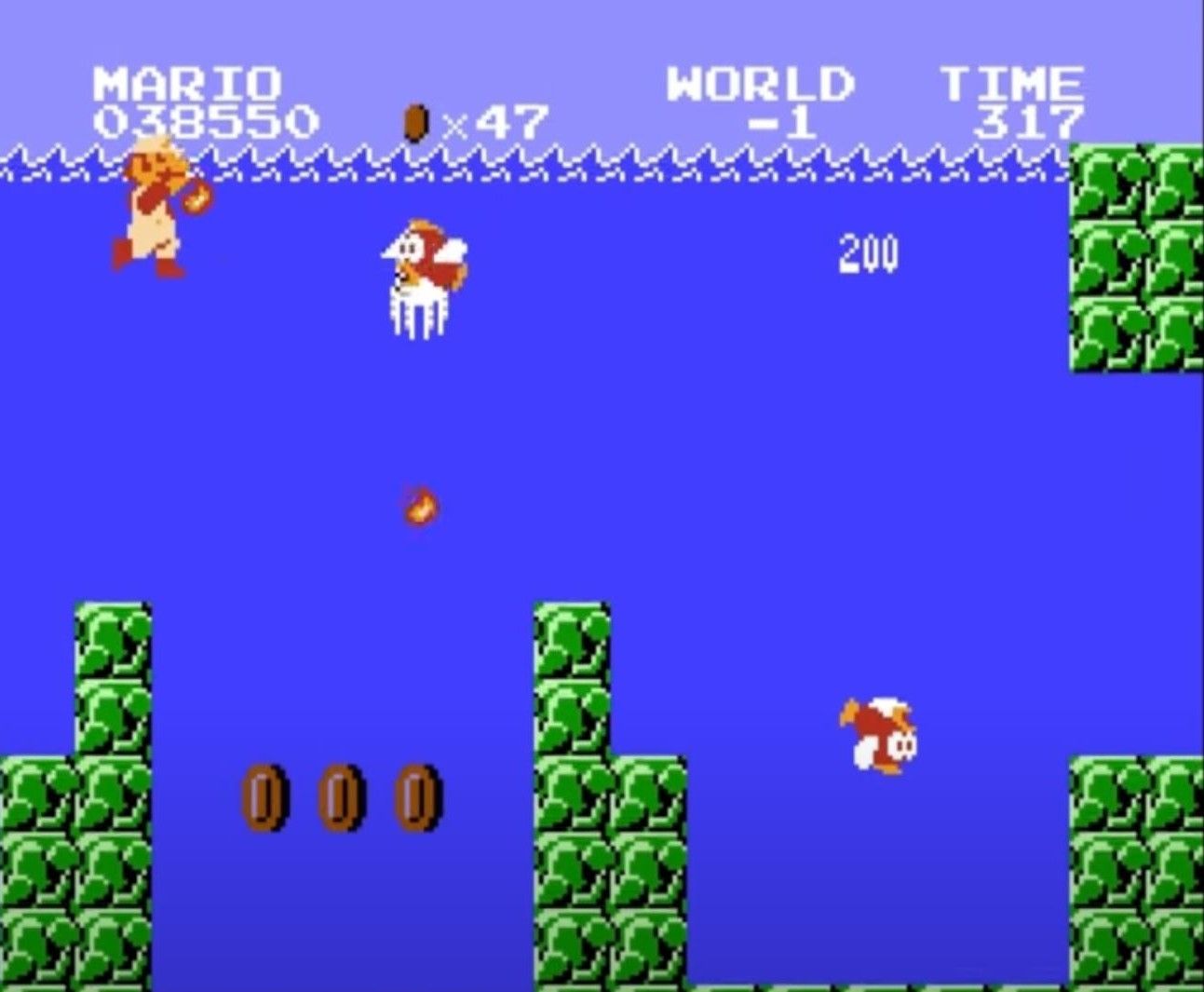 On the NES, the Minus World is infinitely looping area that Mario can never escape. It’s kind of cruel actually, but for players who own the Famicom Disk System, the Minus World can actually be completed. Upon reaching the flagpole, players will be taken to World -2, then to World -3, where they will save Princess Peach and beat the game.