Super Mario: What Every Character’s Partner Pokémon Would Be

Nintendo’s two biggest franchises, Pokémon and Super Mario, have rarely interacted together in their long histories. There are some appearances in games like the Super Smash Bros. series, but throughout all their spin-offs they’ve remained largely separate. 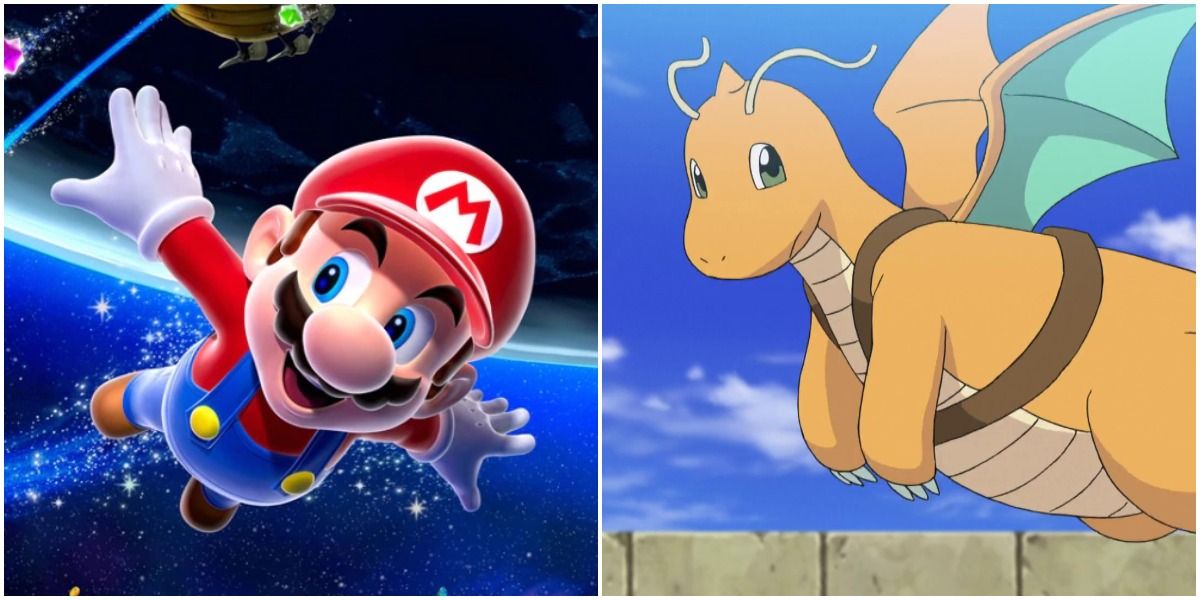 Nintendo’s flagship hero needs a Pokémon that’s full-hearted and positive. It can’t be too weak since Mario needs some extra power to protect the Mushroom Kingdom, but something monstrous just wouldn’t suit this smiley and determined gentleman.

Thankfully, the original dragon-type Pokémon, Dragonite, is the perfect blend of cuddly and destructive. It’s not the way that large dragons like Salamence are, and while just as powerful it sports one of the cuddliest bodies in all of Pokémon. It’s not a Yoshi, but it’s easy to imagine Mario riding this winged dragon just the same. 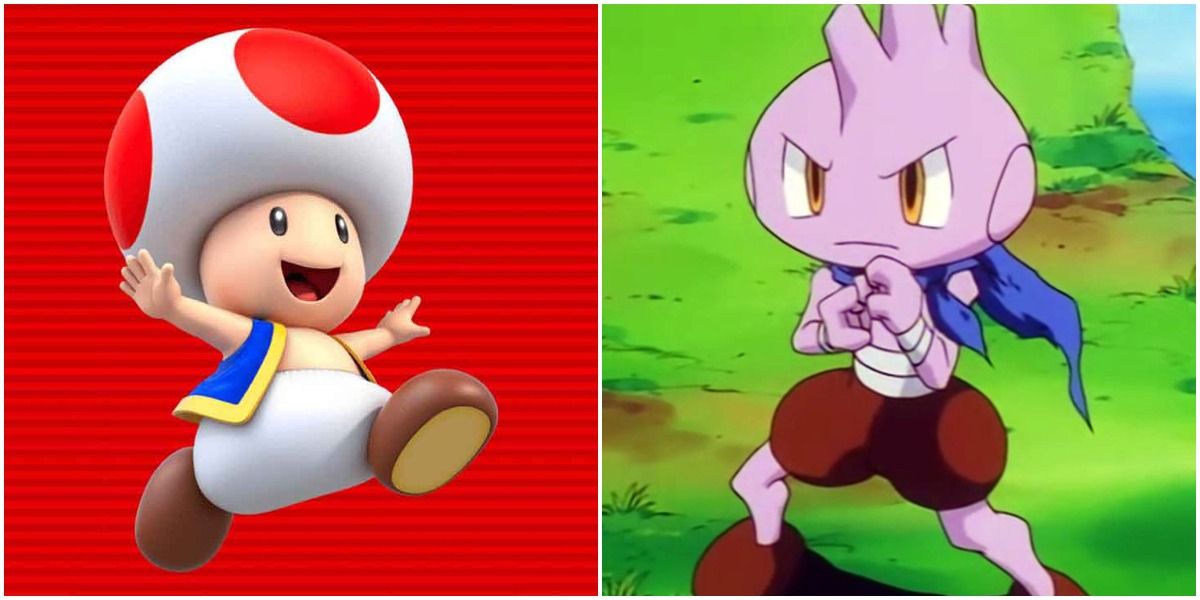 There are tons of mushroom-shaped Pokémon out there, but not all trainers need to remain exclusive to Pokémon that look like themselves. Instead, the proper Pokémon for a Toad would be similar in style, being a loyal servant to Princess Peach and a determined little fighter who’s ready to stand up for what’s right.

Tyrogue is exactly like Toad, but with a much lankier body. It isn’t very powerful and can’t do a whole lot, but it trains hard and has huge aspirations in the form of its evolutions. These big dreams are something that a Toad can help and empathize with. 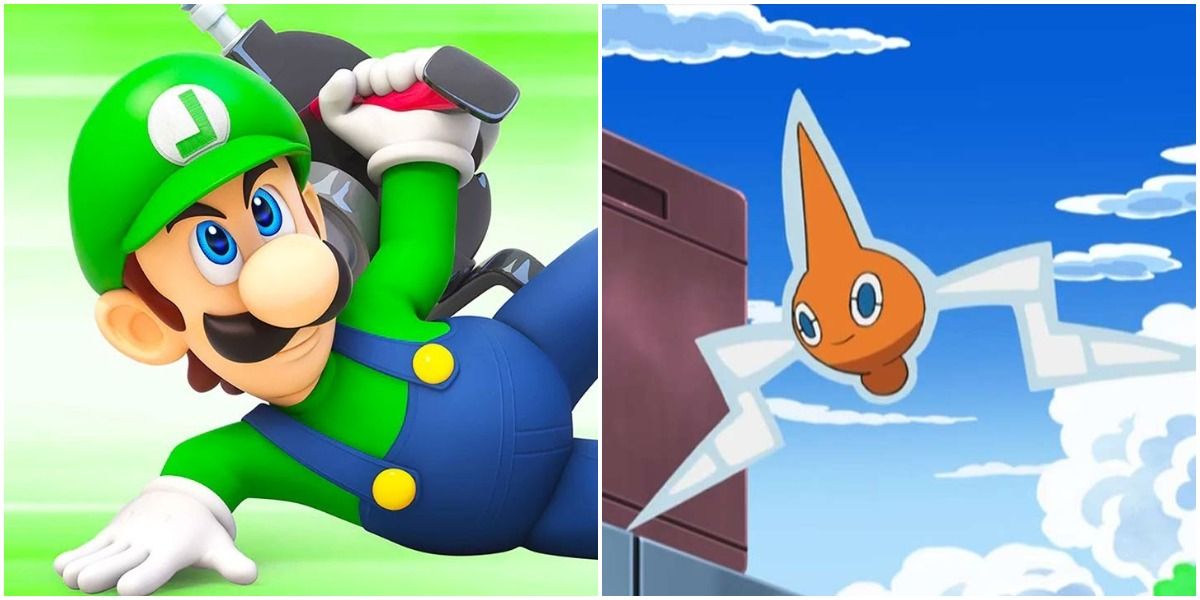 There are two key differences that Luigi has to Mario that his Pokémon partner should relate to. The first is to step away from fire in exchange for electricity, something given to him in Mario & Luigi: Superstar Saga that’s sorely missed in other games. The second is his affection and comfortability when it comes to ghosts, which he only really experiences in Luigi’s Mansion series.

Rotom is a peppy ball of ghostly lightning that suits Luigi in both these abilities, but also compliments his personality. While Luigi is often frightened and anxious, Rotom is excitable and fast. A small companion like this is exactly what Luigi needs, as it gives him a partner smiling on his shoulder whenever things get scary. 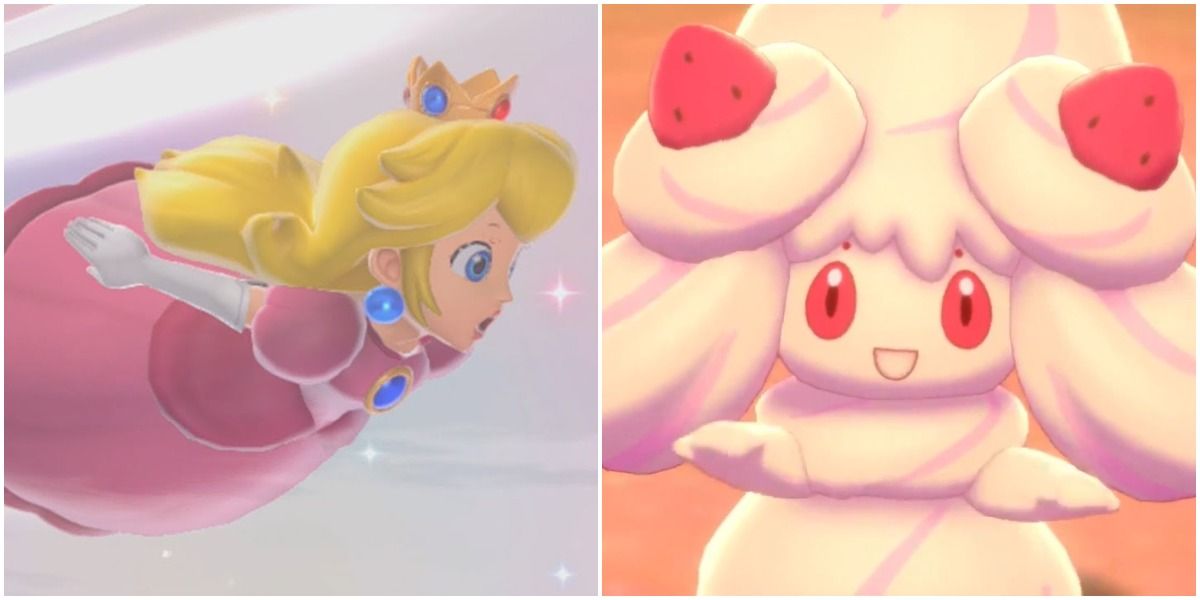 As a Princess, Peach is known for several beautiful things like dresses, flowers, and royal decor. But the object that’s most iconic for her is undoubtedly cake, the prize she has waiting for Mario after being rescued in Super Mario 64. A Pokémon partner who doubles as dessert is an obvious choice, and Pokémon: Sword & Shield’s Alcremie fits the order perfectly.

This living pile of icing can’t be eaten, but it makes a wonderful cooking companion and can be decorated in all sorts of ways to keep Peach entertained. It’s like an edible Toad with far more color, exactly what a sweet-hearted princess deserves. 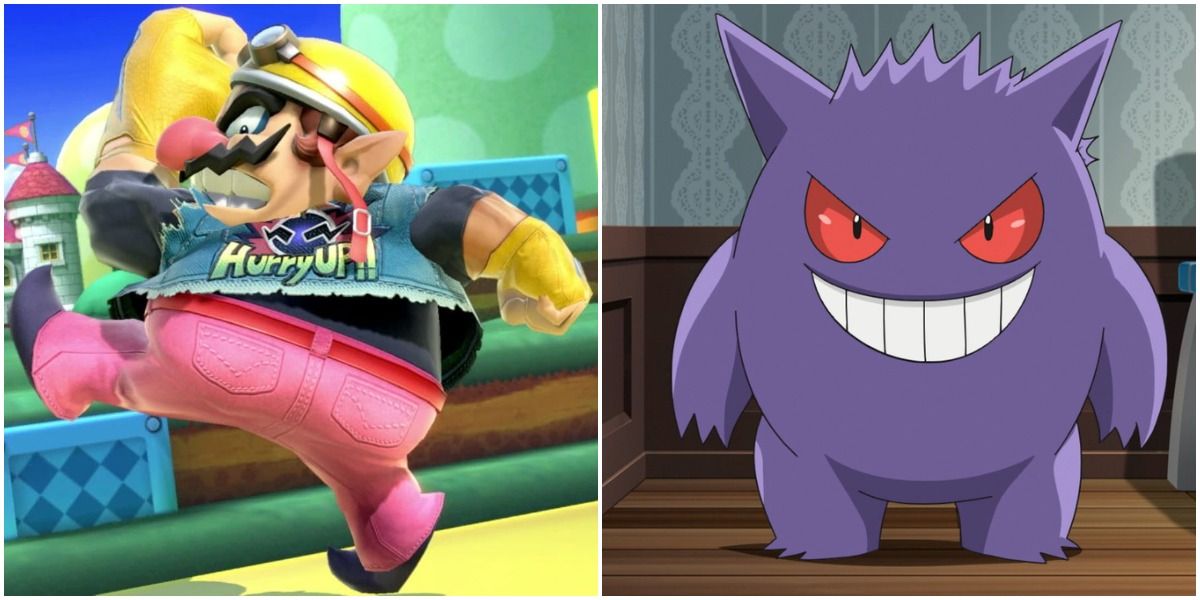 A Pokémon for Wario has to immediately be compared to Waluigi, as they seem to complement each other in a way that a Pokémon partner should too. Two that are easily connectable to certain Pokémon are his trickster nature and high energy, and there’s one that captures both those traits while being a thicker size that Wario can relate to more.

That Pokémon is Gengar, the husky flying ghost with a cruel smile everywhere he goes. Wario is far from a true villain and doesn’t need a horrifying creature to threaten people with, and Gengar instead provides an energetic friendship that someone as eccentric as Wario could use. 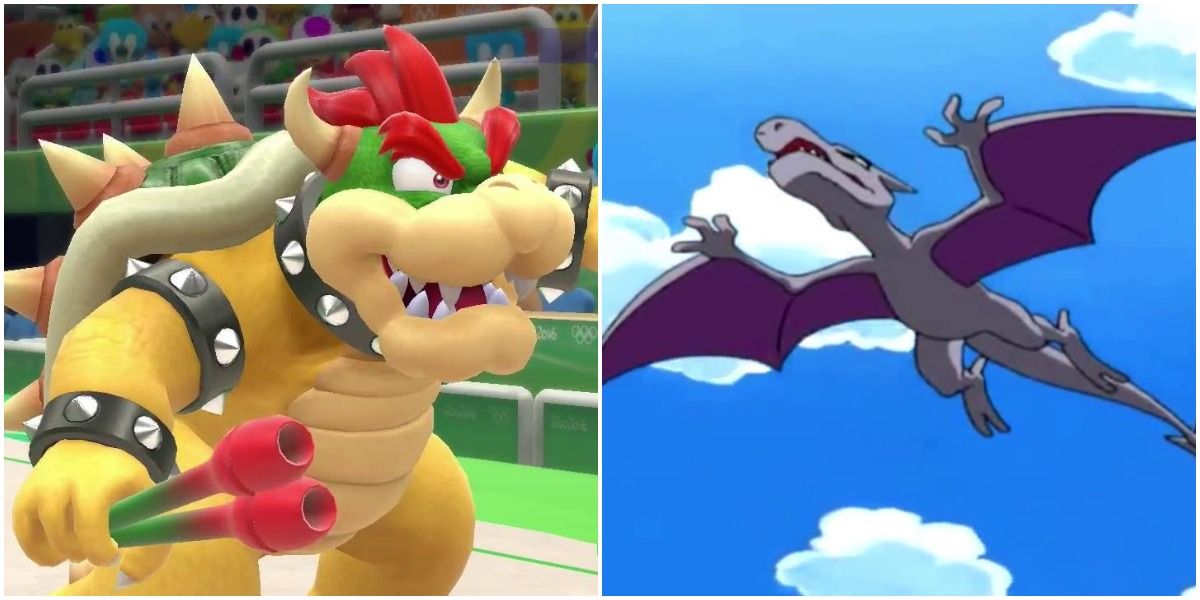 Unlike Wario, Bowser absolutely would gravitate towards monsters to help him in his conquests. He already embodies the ferocity of a dragon with his intimidating fire breath and claws, though, so he needs something monstrous but different from him.

The fossil Pokémon Aerodactyl gives Bowser everything he lacks, from wings to fight with to speed he can travel with. This Pokémon is still frightening without outshining Bowser’s proud monstrous self, being just the right balance of ally and pet. 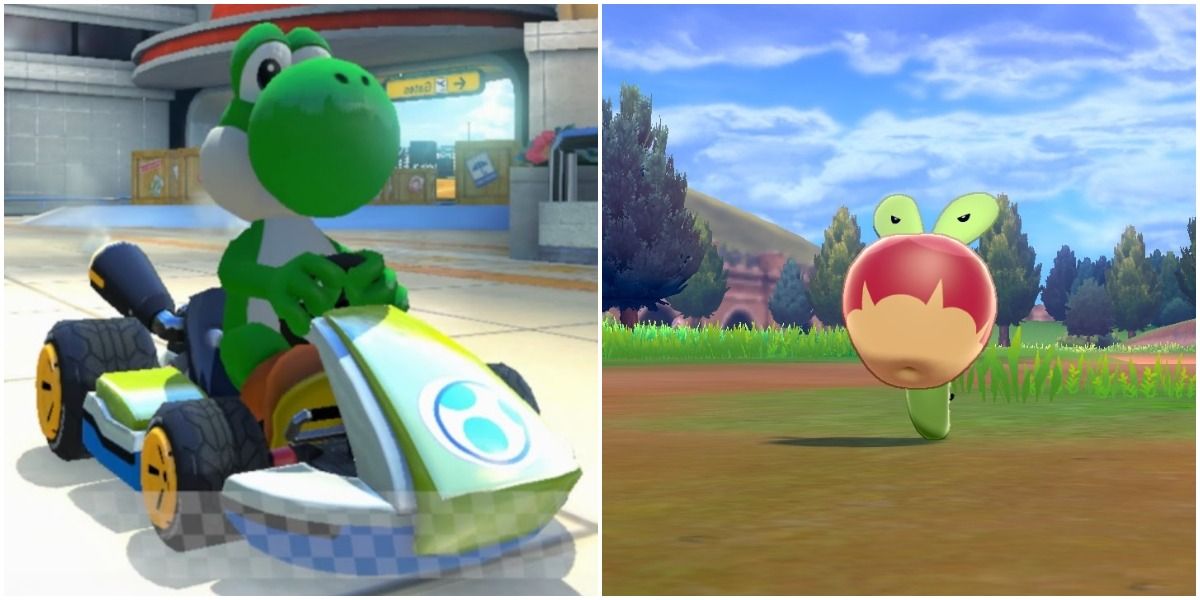 There are two things that Yoshi loves more than anything: other Yoshis, and food. While there are plenty of Yoshis to befriend, food is often much harder to have a platonic relationship with. Something that he can pick off the tree as a friend, rather than a snack, is ideal.

Applin is the perfect candidate, with its apple looking almost identical to the apples he eats in Super Mario World while the worm inside can prove its identity as a living creature. This small worm and the apple it hides in would be hard for a loving Yoshi to ignore, and would be a lovely little companion to take with for a run. 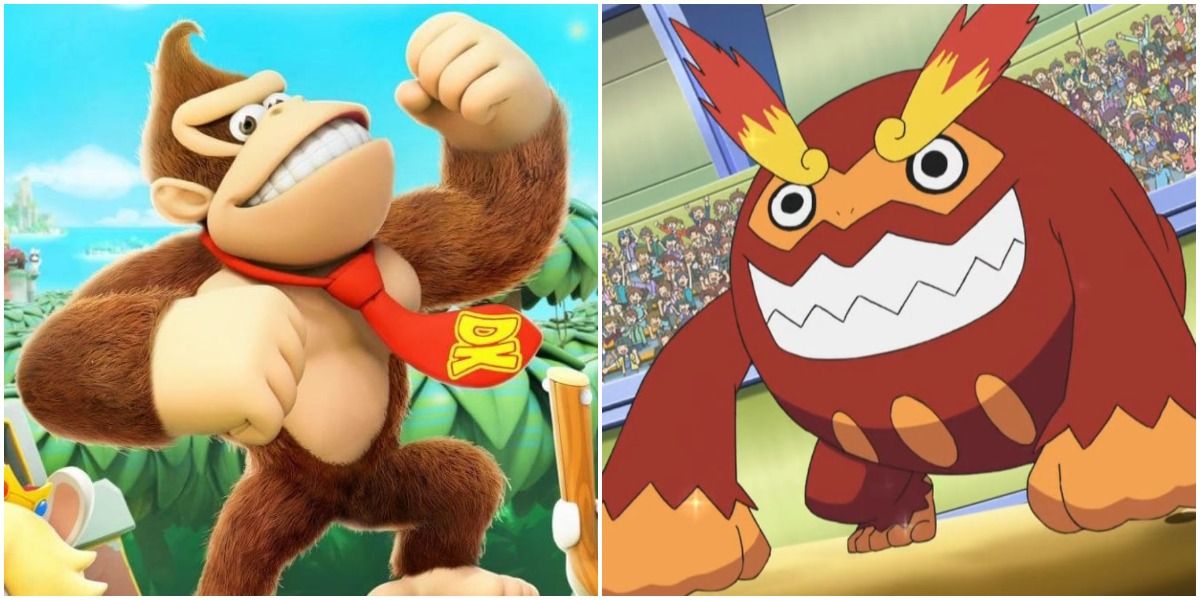 As a giant ape with a large family, Donkey Kong is perhaps better sticking with something a little more familiar. Other species typically end up being his enemies in his series, so having a Pokémon that resembles a relative would likely be a much better fit.

Darmanitan has all the looks of a Kong while having the elemental powers of a Pokémon to set it apart. It might not be safest in a jungle, being a huge fire safety risk, but as a companion for Donkey Kong to take on the road as he ventures off his green islands. 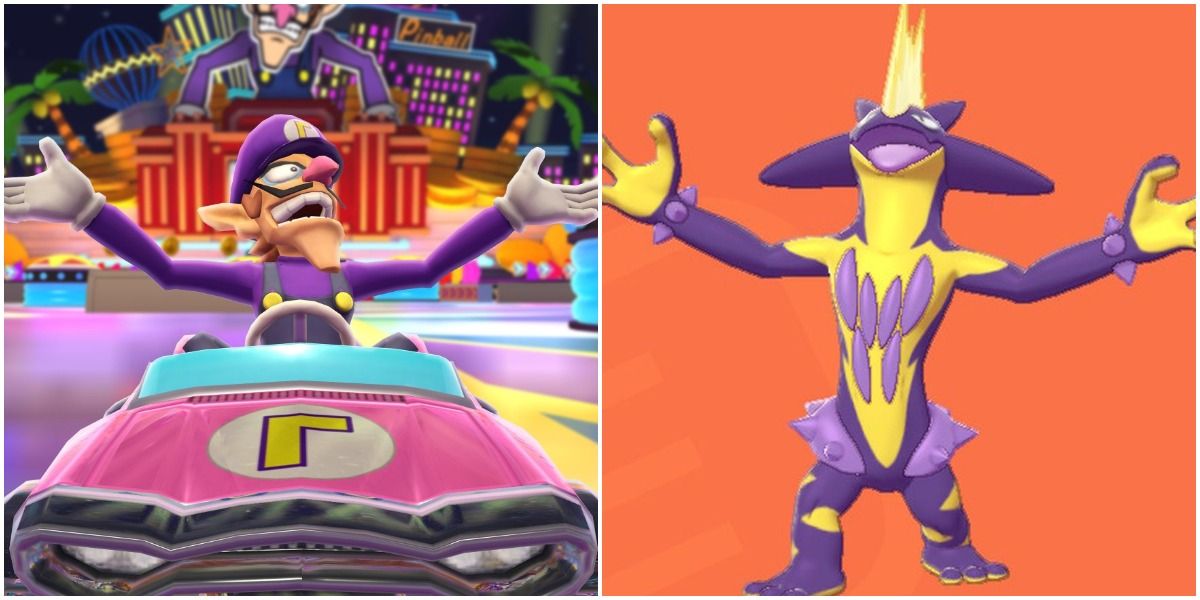 While Wario needs someone speedy and energetic to compensate for his obesity and sluggishness, Waluigi doesn’t need someone else as sluggish as Wario. Instead, what Waluigi needs is a partner that’s calm enough to moderate Waluigi’s energy, while still being fast and keeping up with his mischievous energy whenever he needs.

This is where Toxtricity shines, having all the purple lankiness of Waluigi while having a much more relaxed energy. It can dish out quite a lot of thunder when it needs, but more than anything else this punk rocker of a Pokémon is exactly the kind of cheerleader that Waluigi needs in his corner. 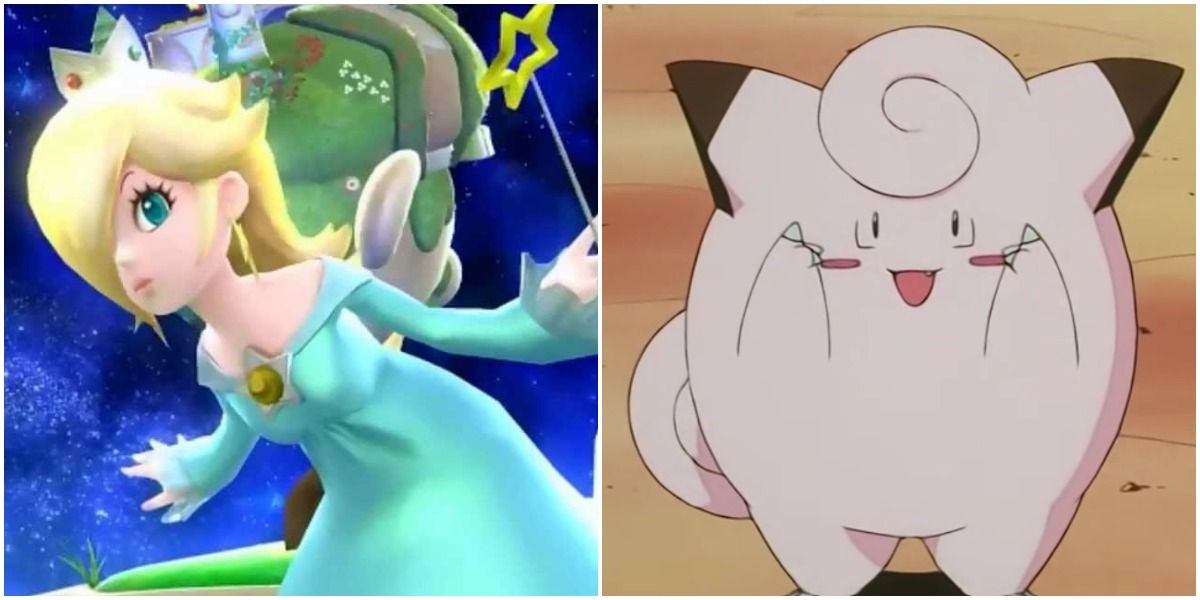 In some ways, Rosalina already has an equivalent to a Pokémon in the form of her Lumas. These small flying stars are the perfect companions, and give Rosalina something to give motherly support and care for as she wanders among the stars.

Clefairy is the closest to a Luma while having enough differences to be a unique partner to Rosalina. This fairy-type Pokémon is close to all things space from the moon to the stars, and is just the kind of bright and cuddly creature that Rosalina would immediately want to take care of. Much like how Lumas dance around her wand, a Clefairy would make a perfect addition to her party as it dances with them from the ground.