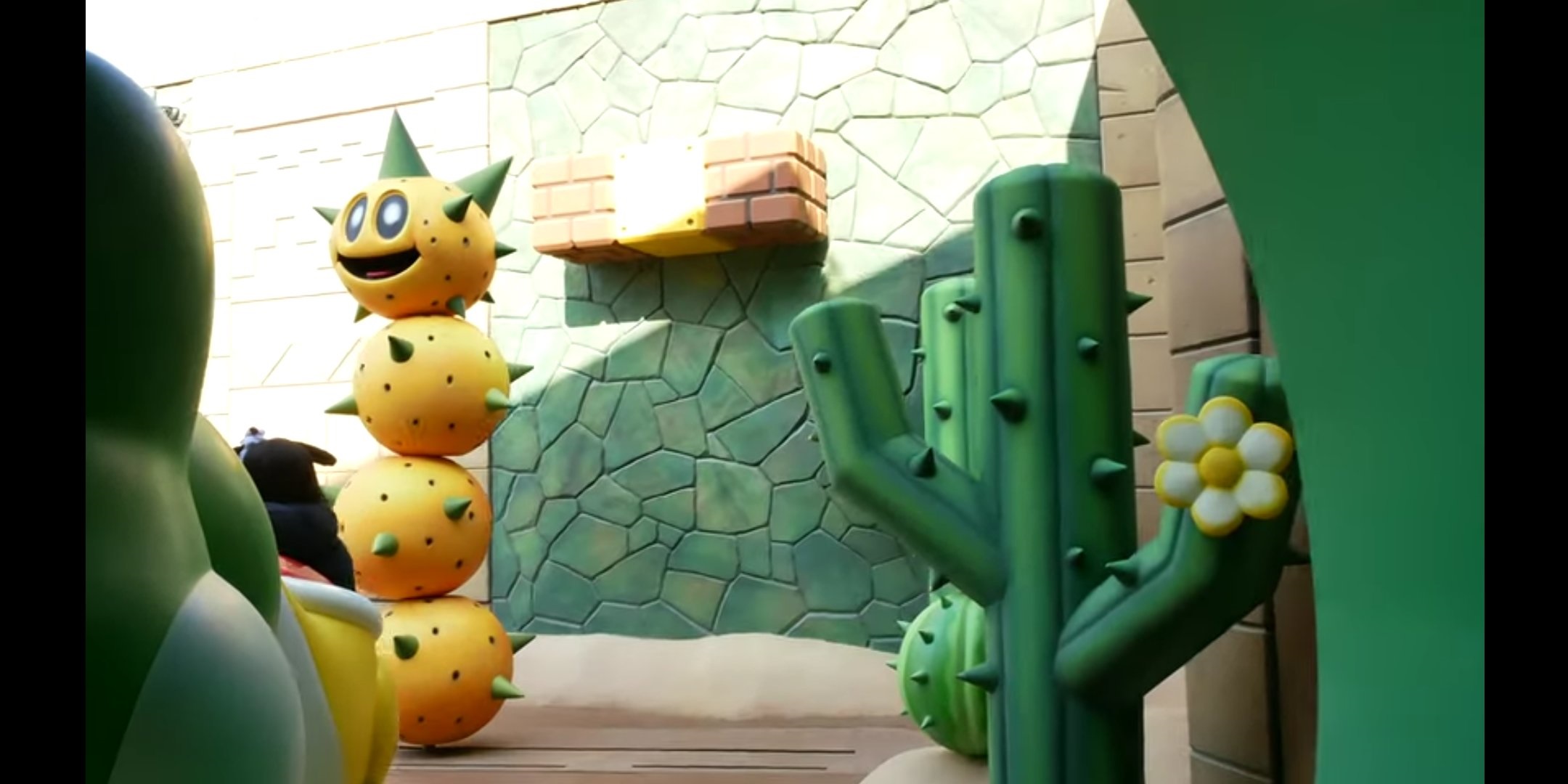 Fans have noticed that a cactus at Super Nintendo World looks exactly like a fan-made asset, though it’s likely an unintentional accident.

Now that Super Nintendo World is officially open, more images and video footage for the park have begun to appear online.

However, eagle-eyed Twitter user Meatball132 spotted something interesting about the design of one of the fake cacti. According to them, the cacti’s design isn’t from any of the Mario games and has actually been taken from a fan-made mod of New Super Mario Bros. Wii, dubbed Newer Super Mario Bros. Wii.

While it’s easy to assume that maybe the two cacti designs just look similar, a side-by-side comparison does show that the park’s design is practically a one-to-one replica of the fan-made cactus, boasting the exact same shape and flower placement.

According to Meatball132, who is working on a remastered version of the mod, the original developers of the mod agree that it is their cactus design but are completely fine with it and think it’s just a cool oddity.

However, others have pointed out it was Universal Studios that built the park and the cactus’ inclusion is either a complete coincidence or an outsourcing mistake. One theory is that staff simply searched for reference images online, spotted the fan cactus, and just mistook it for an official one.

There are now discussions about whether the cactus in question will be removed from the park but it’s hard to tell considering it’s not clear how many of this specific design have been made.

It does seem unlikely Nintendo and Universal will go to the trouble of removing or replacing it, especially if it’s just a single cactus, and it’s not like the original team have any intention of pursuing the issue.

As it stands, it’s just a humorous quirk about the park and nowhere close to being anything worth getting angry over. Not that that’s ever stopped the internet before.