Switch Lite Warning: Why you should wait before buying Nintendo’s new console 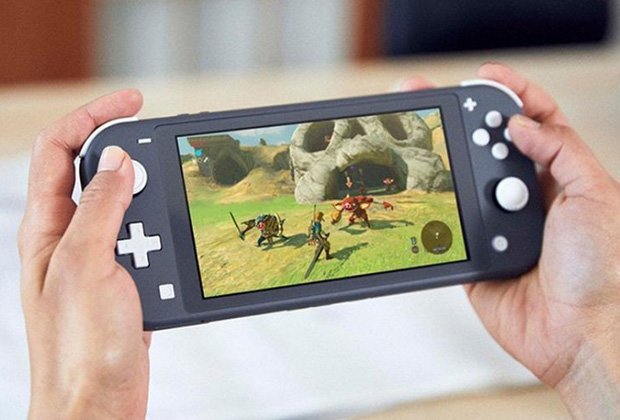 This week, Nintendo announced it will be releasing a revision of the Switch hardware later this year.

The Japanese hardware and software giant revealed the Switch Lite earlier this week – a cheaper, fully portable version of the Switch that removes some of the original console’s features in order to more comfortably appeal to the core handheld market.

As such, TV compatibility, removable JoyCons, HD Rumble, VR support via Labo and infrared capability have been removed… but at least the price point ($100 less than the core Switch) and the improved battery life will make up for the missing features.

The initial reaction to the reveal was mixed: some players (this writer included!) rarely dock the console, so the idea of a slightly longer-lasting handheld console for a cheaper entry point is actually quite appealing.

Other commentators don’t quite get why Nintendo would sell a Switch that doesn’t, well, Switch – a device that removes any JoyCon support and some of the most innovative features the console has to offer.

Whatever you think of the Switch Lite, though, you may want to hold off on purchasing the device in the short term… because current Switch owners may be put on the back foot if they want to invest in a multi-system setup.

Imagine the situation: you’ve got a Switch that you keep docked at home – the best place to play the more engrossing titles Nintendo has in its library on the console. Then, when you want to go out and about (maybe you’re commuting, or travelling, or sat in a waiting room somewhere) and take your game progress and library with you.

At the time of writing, there is no simple way to transfer save files or user profiles from one Switch console to another – so picking up a Switch Lite (at release, with the information we have available right now) would be a hard sell for players intending to migrate from one system to another seamlessly.

There is a fix for this in the works, according to a post from CNET (who also managed to get hands-on with the Switch Lite).

During the hands-on time at the outlet, Nintendo of America president Doug Bowser revealed that the company is working on a tool that will allow you to transfer information between systems – but there’s no hint of a release date, or any solid information, about this tool.

“Yes, you will have the ability to transfer between devices, your gameplay experiences. More to come on there, but that is the intention,” Bowser told CNET.

We’d hope that Nintendo would hurry that feature through the pipeline, but we can’t be certain that the company will have it ready in time for the launch of the Lite – after all, Nintendo isn’t exactly known for being timely with its internet-focused tools, or being particularly flexible when it comes to user interface issues.

As good as Nintendo can be with its creativity, inventiveness and timeless IP, the systems put in place to support its software ar often questionable at best, mind-boggling at worst (Friend Codes in 2017 strike us as an example of Nintendo’s weird, often-outdated logic).

Personally, we’d like to see a system similar to Xbox’s cloud-based ownership solution – owning multiple Xbox consoles and figuring out usage rights for games between machines is a breeze on the Microsoft ecosystem.

We hope Nintendo takes a leaf out of the Xbox book on that front – after all, the close relationship between the two companies these days means we could see even more collaboration between brands in the future.