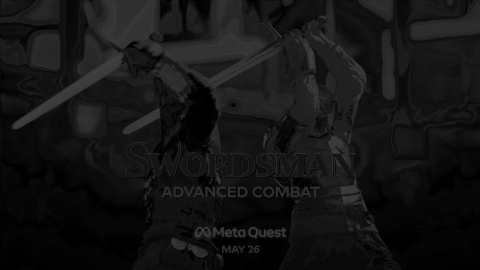 The game reaches Quest’s App Lab platform on May 26. On the same day, Sinn Studio will launch the Advanced Combat update for the game on Quest, PSVR and PC VR, which looks to drastically overhaul enemy movement with over 1,000 new animations. The aim is to make combat a more convincing experience, and you can get a taste of some of the work the studio’s put in in this exclusive video below.

To make this update possible, Sinn Studio implemented extensive mocap work into the game. Enemy AI prediction has also been improved to try and give players more of a challenge.

The Quest release in particular will be a crucial moment for the sword sim, especially as we get to stack it up to last year’s release of Blade & Sorcery: Nomad, which was a proficient port of another physically complex game that still had some glaring performance issues. Will Sinn Studio be able to get more mileage out of mobile hardware?

Are you going to be checking out Swordsman VR on Quest or perhaps jumping back in for the Advanced Combat update? Let us know in the comments below!