System Shock 2: Enhanced Edition’s VR Mode Being ‘Built From the Ground up’ 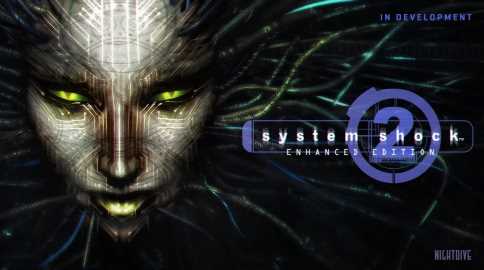 Last month Nightdive Studios teased work on a virtual reality (VR) version of it upcoming remaster, System Shock 2: Enhanced Edition. The team briefly showcased a bit of gameplay using a Valve Index controller. Now, further details have arrived, including the fact it won’t be a quick VR port, built from the ground up to make use of the hardware.

In a recent interview with IGN, Nightdive Studios confirmed that the VR version has its own dedicated team working on the project. Development of System Shock 2: Enhanced Edition was revealed back in 2019 and over time the studio learnt it could integrate VR: “During the process of reverse-engineering the missing libraries for System Shock 2, we had an opportunity to play around with the idea of creating a standalone VR version,” said CEO Stephen Kick.

That led to them not only implementing VR support but also working towards building a “really remarkable, built from the ground up VR experience,” Kick adds. Inspiration has come from titles like Half-Life: Alyx, noting that: “Things like being able to pick up items from a distance is something that was really important in Half-Life: Alyx, and it’s something you’ll be able to do in System Shock VR as well.”

As the previous video demonstrated, VR support in System Shock 2: Enhanced Edition will offer the kind of mechanics players expect in modern VR titles with full motion controls implemented. While no guns were shown, expect the final version to have manual reloads as Kick also cites that ability as another great reason for VR implementation.

The VR support isn’t purely confined to the single-player either. It’ll be compatible with System Shock 2: Enhanced Edition‘s co-op multiplayer mode, boasting cross-platform gameplay. So a VR player will be able to team up with someone on a PC monitor.

For further updates on the VR mode, keep reading VRFocus.