Deneb is a recurring character in the Ogre Battle series and usually has a pretty complicated recruitment process. Fortunately, the method used to recruit her was simplified a little in Tactics Ogre: Reborn, but there's still some legwork to go through.

Lover of Glass Pumpkins and the only character who can use the Wicce class, Deneb has a lot going for her – once you get her, you'll know that she's the magical nuker of your dreams and, perhaps, your nightmares. But how should you build her? We've got some suggestions for you.

Check out the link to Deneb's recruitment quest above to find details for unlocking her Wicce class. 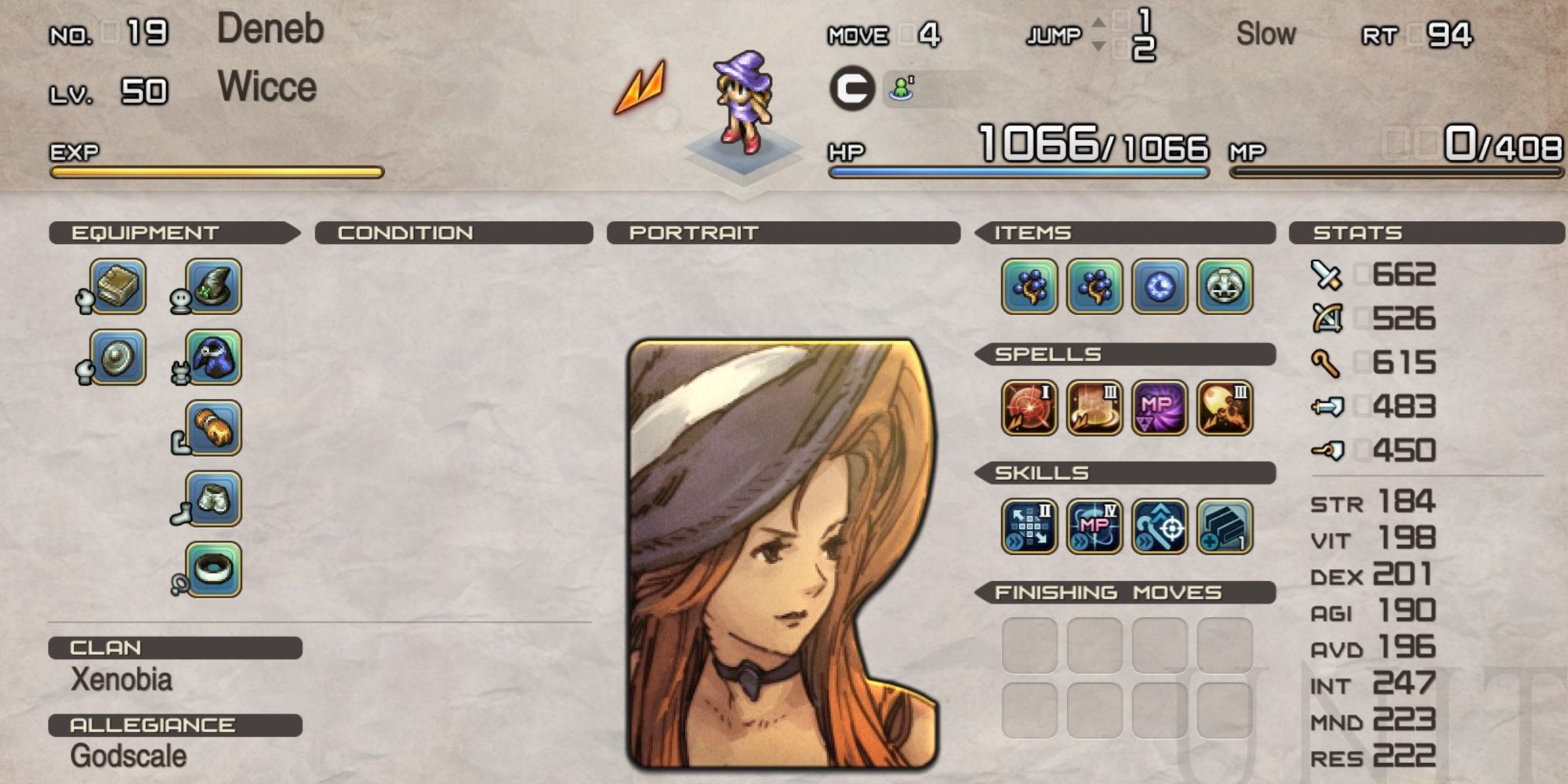 This build hones in on Deneb's offensive capabilities, at the cost of her staus-infliction skills.

Thanks to Magic Time! alone, Deneb becomes one of the most self-sufficient nukers in the game. This auto-skill will grant Deneb both Spellcraft and Spellstrike, making it extremely efficient for the cost of a skill slot – like a souped-up version of Concentration.

Deneb is a pretty fragile character, but you can make her work well. As long as you keep her protected, she should be able to contribute significantly to your damage, especially if Magic Time! triggers early in the battle. 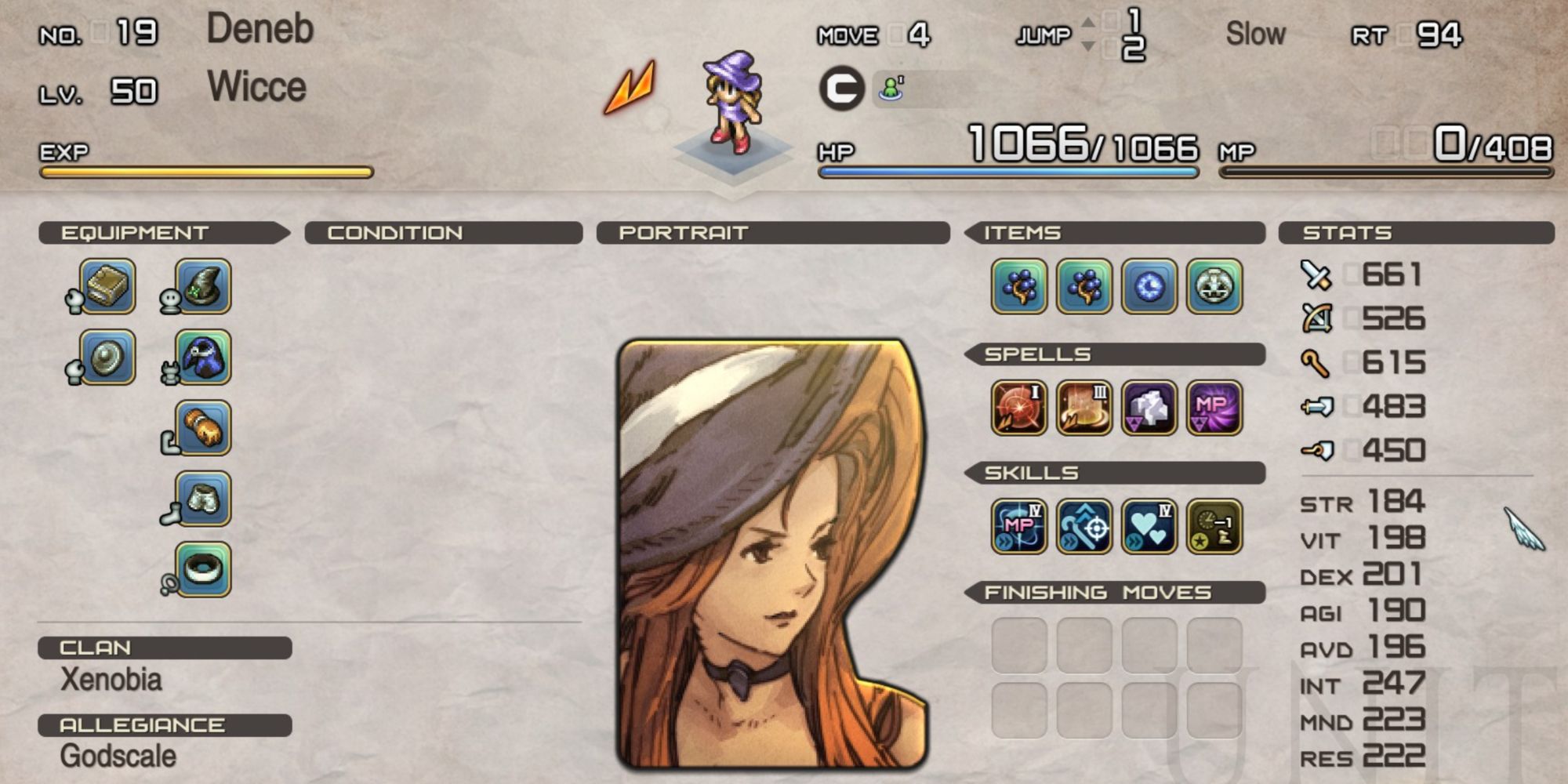 If you're a fan of controlling the battlefield with status effects, this build might be the one for you.

This build feels riskier to play but is incredibly satisfying to pull off. 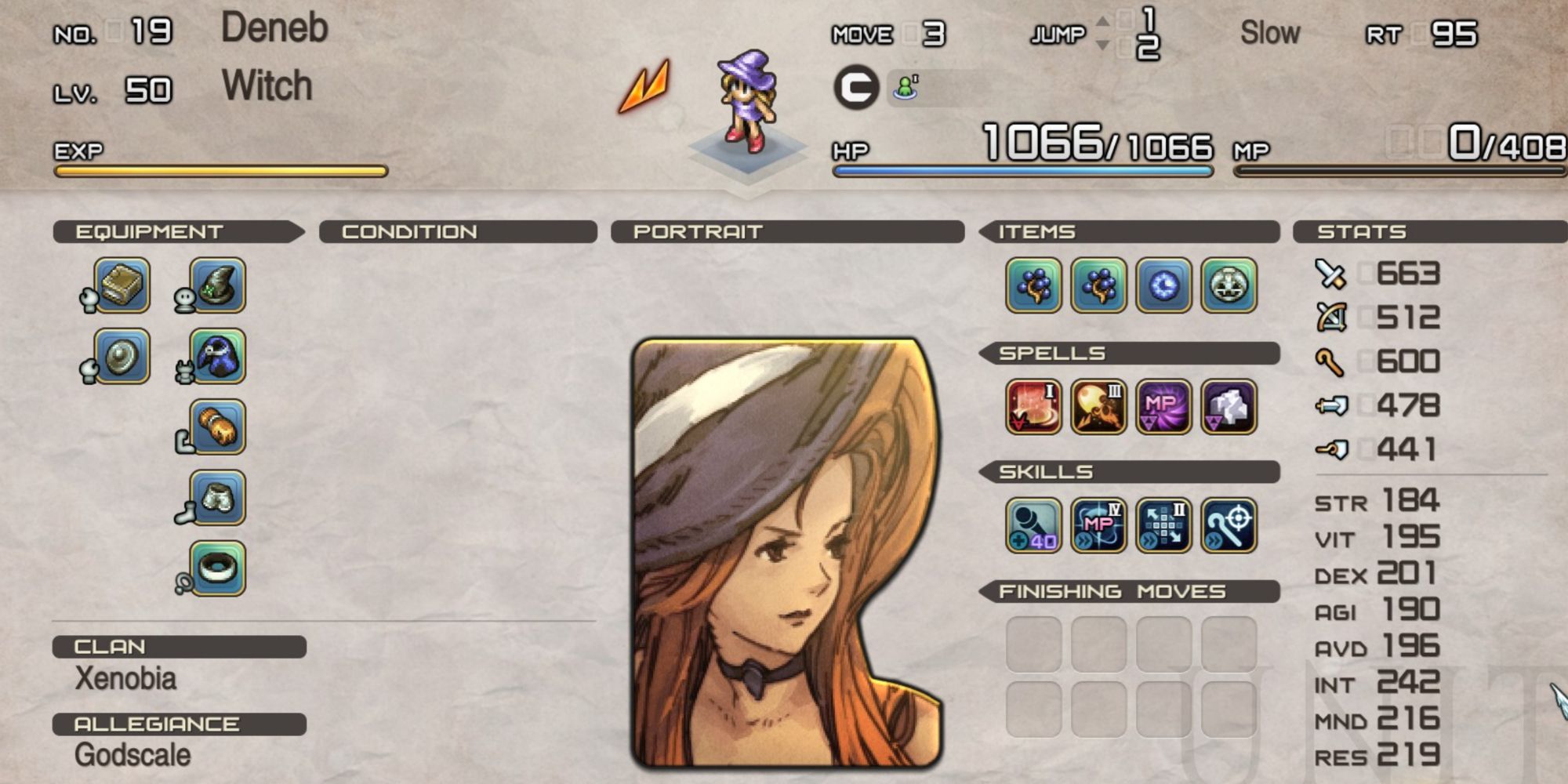 This build is for those who, for one reason or another, didn't get Deneb's Wicce class unlocked. It does have one advantage over Wicce – it can use Draconic Magic, which you can get from the Palace of the Dead.

As you can see, this build tries to incorporate aspects of both prior Wicce builds.

Missing out on Wicce is a big blow, but rest assured that she's a perfectly serviceable unit either way.