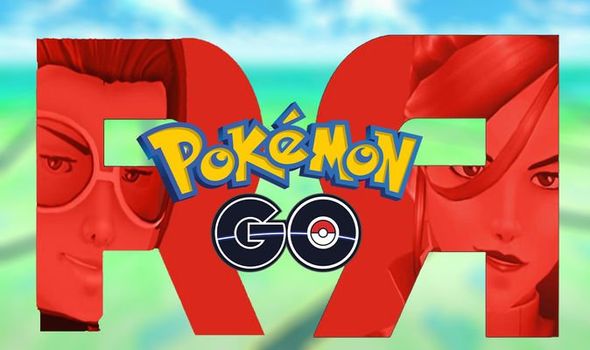 Niantic has been teasing the appearance of Team Rocket Leaders on Twitter and within its very own blog for the past few weeks.

The teasers culminated with a tweet confirming that mysterious components could now be found in Pokemon Go.

And according to Niantic, these components are only available in limited parts of the world.

“We’ve received reports of Trainers finding Mysterious Components in a few parts of the world,” reads a Niantic tweet. “It looks to be a contained phenomenon. For now… #TeamGORocket.”

The limited release has been backed up by a report on Eurogamer, which claims that the Team Leader battles are currently only available in London, San Francisco, Atlanta and Austin. Expect a full rollout in the coming days and weeks.

Six Mysterious Components can be used to create a Team Rocket Detector, which points players in the direction of one of the organisation’s leaders.

Reports on Reddit claim that these Team Rocket Leader battles are much harder than regular battles against grunts.

Team Rocket Leaders have more powerful Pokemon and can also use shields.

But defeating Team Rocket Leaders is definitely worth it, because they drop Unova Stones and Sinnoh Stones.

These rare stones can be used to evolve some of the newer Pocket Monsters introduced as part of Gen IV and Gen V. Best of all, however, is the ability to capture Shiny Shadow Pokemon.

These encounters are expected to lead to a battle with Team Rocket boss Giovanni.

Elsewhere, fans are still waiting for the rumoured crossover with Pokemon Go and upcoming Nintendo Switch exclusives Sword and Shield.

According to a recent post on Reddit, Pokemon Sword and Shield developer Game Freak will team up with Pokemon Go developer Niantic for a special surprise.

As long-time fans will know, the new set of Pokemon games take place in the Galar region, which is loosely based on the UK.

Based on data discovered within the Pokemon Go game files, Galarian variations of existing Pokemon will appear in Pokemon Go.

This means that at the very least, Pokemon Go fans can expect to encounter Galarian Weezing, Galarian Zigzagoon and Galarian Linoone.