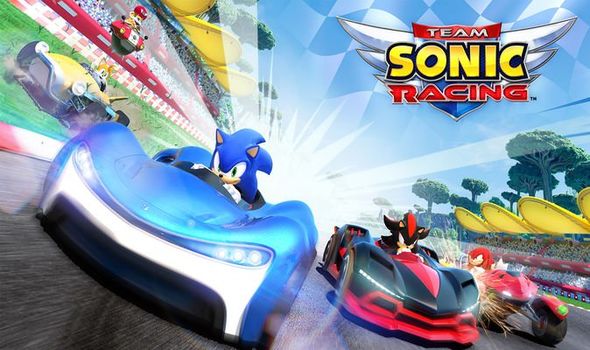 Team Sonic Racing’s opening scene showcases the fan-favourite speedy hedgehog being approached by a tanuki – Dodon Pa – who has a proposition for Sonic and his friends: Race each other using his technologically advanced cars (a little more story than is needed, perhaps, but a nice little intro nonetheless).

Team Sonic Racing feels like it is attempting to give Sonic fans a similar experience to 2003’s Mario Kart: Double Dash – in that players are given the choice of multiple characters to utilise throughout each race.

The player then chooses who to play in each race, as well as two team mates who help along the way.

Players will interact with these teammates in a number of ways to win the race, most importantly, following the driving trail left behind by the team member in the lead, giving the player a huge speed boost.

Teammates can also swing past a member of their team to gain yet another speed boost – creating a nice one-two-punch of trailing behind a friend for speed, and finally driving past them for a final boost ahead of opponents.

Items can also be transferred between friends, altering how they react and perform in the race – making some not-so-useful item boxes a bit more offensive, and bolstering the firepower of some bigger weapons. 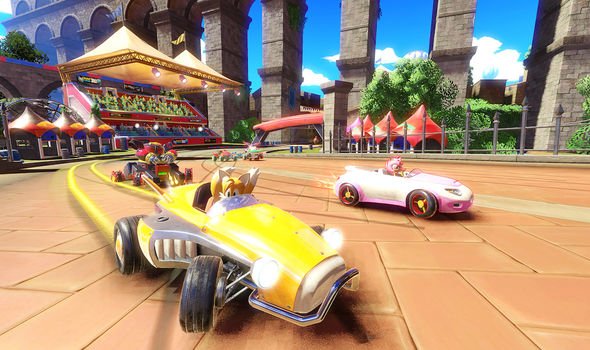 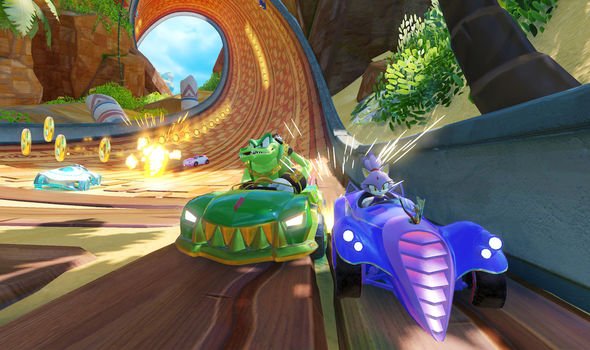 All of these team actions in turn build an “ultimate” meter, which can be executed at will.

This super boosts every member of the team’s speed, durability, and power (in truth, it’s a little akin to Mario Kart’s Super Star power-up) in order to gain huge ground in the race.

Although the team’s super meter is an interesting mechanic for a racing game, it feels as if it can be quickly abused by driving in close proximity to teammates at all times to gain continuous boosts, and constantly swapping items to gain meter.

However, as the difficulty spikes later on in the game, it is certainly required to carry out these actions to stay ahead of the various opponents.

All of these are both effective and familiar to fans of the genre, however it feels like Team Sonic Racing steered clear of any real risks in the game’s offensive toolset.

The single player mode has the player roaming around a Super Mario World-esque overworld map, full of bonus levels and secrets.

Each race rewards players with stars, which then allow the player to progress to the next stage, and – while the map itself looks great and definitely evokes the same feeling from other overworld maps – it can become a little tiresome in the later game when you may just want to get to the next race, rather than enter a bonus stage for some extra stars. 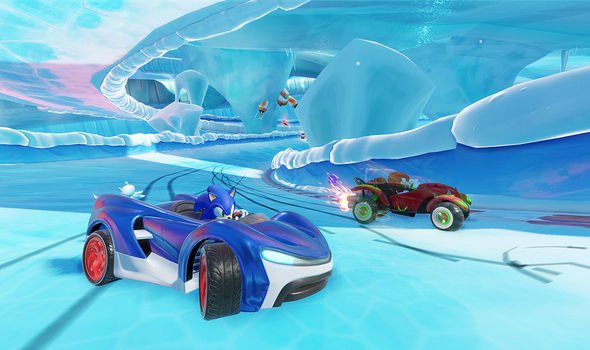 After each race the player is also rewarded with some in-game currency, which is used to buy loot boxes.

These can be bought and opened in the game’s menu, revealing a number of modifications for each character’s car.

Although at first this looks a little primitive – certainly if fans are used to the customisation of other racings games – it does open up a little later on as more colour schemes are unlocked.

Each car component alters the way the cars drive, adding another layer to the constantly changing tactics in each race.

And this is furthered by who is being played, as characters are divided into three archetypes: Speed, Power, and Technique – extremely reminiscent of 2003’s Sonic Heroes.

While speed is self-explanatory, the power characters (Knuckles, Vector, Big, etc) have the added ability to drive through some obstacles to break them and allow access for their cohorts. Meanwhile technique characters do not suffer the penalties of driving over rough terrain, and can also attract rings.

These differences are ultimately negligible, however, and are soon forgotten once the player’s car of choice has been upgraded.

The driving itself, however, can sometimes feel frustrating.

Each car’s speed and mobility quite quickly engrain themselves into the players driving style, however as the difficulty of each map and opposing drivers ramps up, the twists and turns feel extremely floaty. 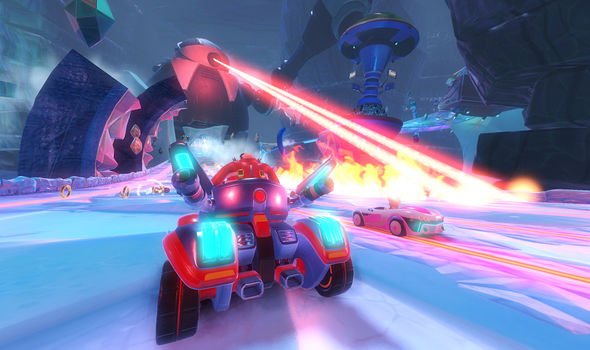 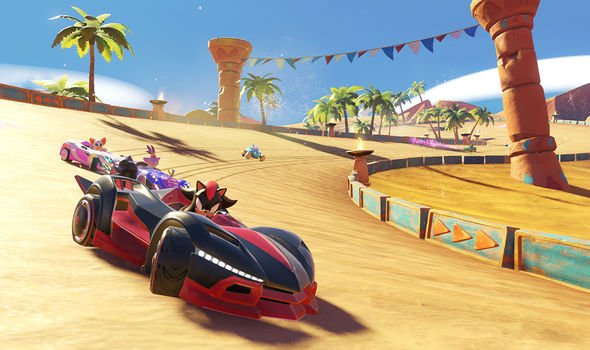 The drifting is extremely heavy, and is difficult to nail going round each corner as Sonic sometimes abruptly grinds to a halt after hitting a speed boost.

This jarring nature of driving can be overcome, however, by learning the maps.

Team Sonic Racing offers a handful of maps for players to learn and perfect, and while the scenery’s colours and sounds are utterly stunning, they can get a little old after a number of hours.

Team Sonic Racing is a competent driving game with a few fresh ideas. Colourful maps, vibrant and fun car customisation, and a unique yet flawed storyline are enough for the price of entry. Players have a lot of content to get through to complete the expansive single player mode, and acquire all of the car upgrades, even if they may not change a lot of the actual gameplay. While comparisons to other kart racers will surely be made, Team Sonic Racing stands out in one of the better experiences available – despite its handful of flaws.

Team Sonic Racing is available on Playstation 4, Xbox One, Nintendo Switch, and PC.