Tekken 7 launched its fourth season of content, and Kunimitsu has joined the battle today as the game’s 16th DLC fighter. There is also a free update, according to Niche Gamer.

The King of Iron Fist Tournament has brought back the fast-paced thief Kunimitsu to the fight with her rapid attacks and blades wreathed in red and blue flames. However, it is her daughter donning the name this time around. If you want to know more about the original Kunimitsu, check out our deep dive into the characters of the original three games!

She is also playable within Ultimate Tekken Bowl, a comedic mode that has the fighters of Tekken playing a game of pinball. Final Fantasy XV’s Noctis and The Walking Dead’s Negan even join in on the fun. 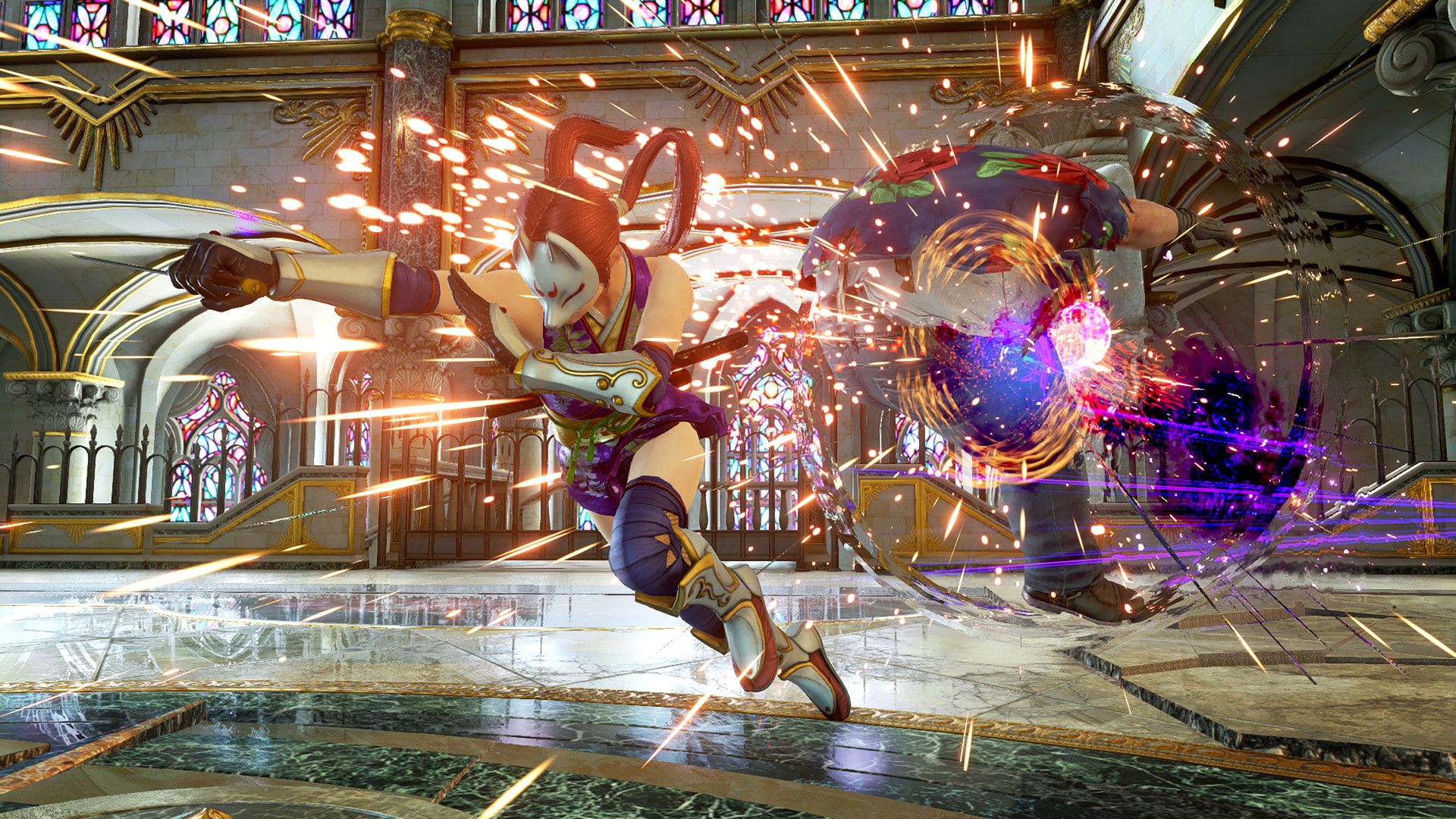 If you want to buy her as a character individually, she’ll run you $4.99. However, if you know you’re all in on Season 4, it will be $14.99. This includes Kunimitsu, the new stage Vermillion Gates, as well as the secondary character and stage. It also brings in a Pac-Man themed customization set, which has 1 Cuddly Pac-Man, 4 Cuddly Ghosts, and 1 t-shirt), 2 panels, 2 health bars, and 2 plates. In addition, there’s a Pac-Man stage that’s available to everyone for a limited time. Waka waka.

This update for Kunimitsu also comes with a suite of new features for Tekken 7. There are new moves that have been added to every character, a revamped user interface, online gameplay has supposedly been improved across the board in the wake of COVID, Tekken Prowess performance tracking, and a new rank to achieve called Tekken God Omega.

It’s no surprise that Bandai Namco wants to keep supporting this game. Earlier this year, the Japanese publisher announced that Tekken 7 has reached over 6 million sales with the series reaching over 50 million, since its inception.

Tekken 7 has been growing stronger as this generation has gone on, with now 16 more characters in its roster and improved online features. We actually named it one of the best fighting games from the past five years. The game is definitely worthy of the praise it’s received, as it’s a polished fighting experience with detailed characters, beautiful stages, and fluid combat.

No, A Yakuza: Like A Dragon Spin-Off Isn’t Happening (Yet)
Xbox