There are a number of items you can acquire in Temtem to improve your ability to catch, train, and battle these strange creatures. Some items are more useful in battle, while others will prevent headaches as you traverse the environment.

But everything costs time and money, and you’ll want to focus on the items that’ll benefit you the most, especially in the beginning. Whether you want to catch a rare Luma or you need something to give you an edge when fighting friends or completing the story, here’s what you should fill your inventory with. 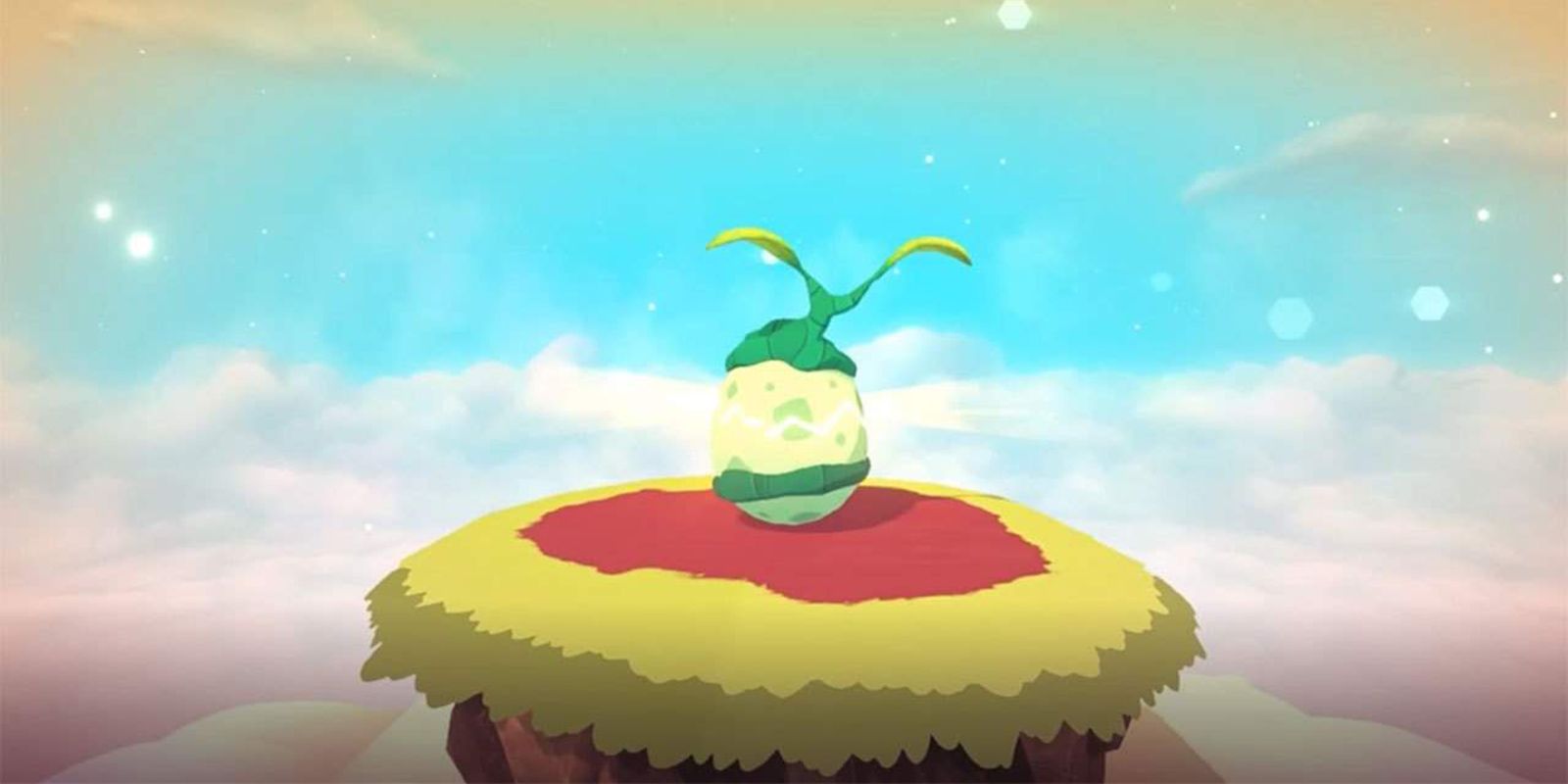 The Egg Timer is a simple item that lets you know how close your eggs are to hatching. There’s not much to this object but it can take a lot of the guesswork out of breeding and raising your own Temtems.

You’ll only ever need one and it’s obtained by completing the Temtem Connoisseur side quest. The Connoisseur who gives out this quest is located in the building near the airship docks in Quetzal. Simply catch a Babawa, breed it to create a Bigu, and give the Bigu to him in exchange for the Timer. 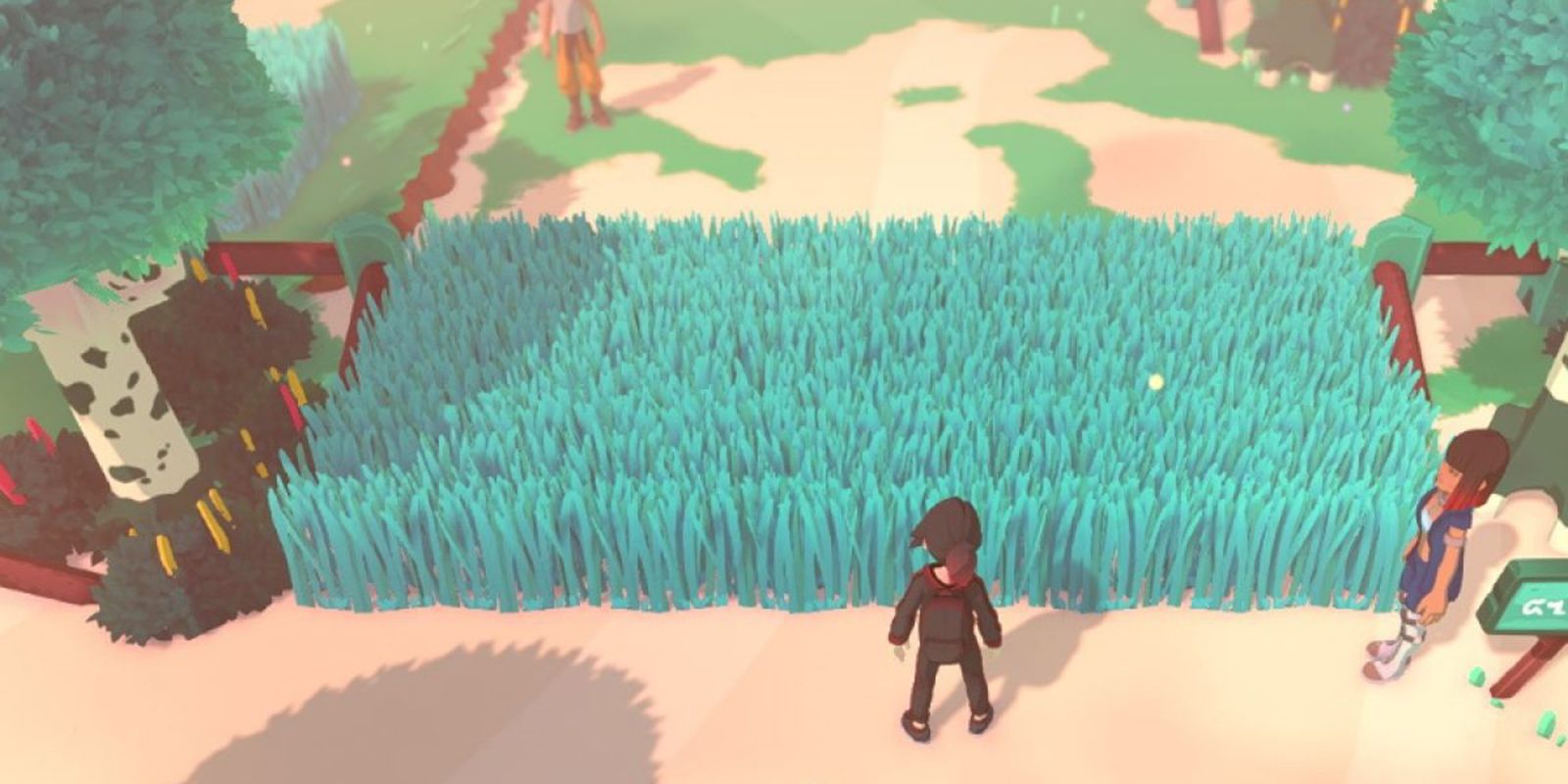 Scent is helpful when you want to cover a large area, but don’t want to be bothered to fight or run away from every untamed Temtem you come across. When applied, Scent will reduce the number of untamted Temtems you’ll encounter for 100 meters.

It’s not foolproof, but it’ll definitely cut down on how many Temtem harass you. After 100 meters simply reapply another one and you’ll be able to travel around much more quickly. Scents can be purchased for 60 Pansuns at a variety of Temporiums and are found in item boxes throughout the world. 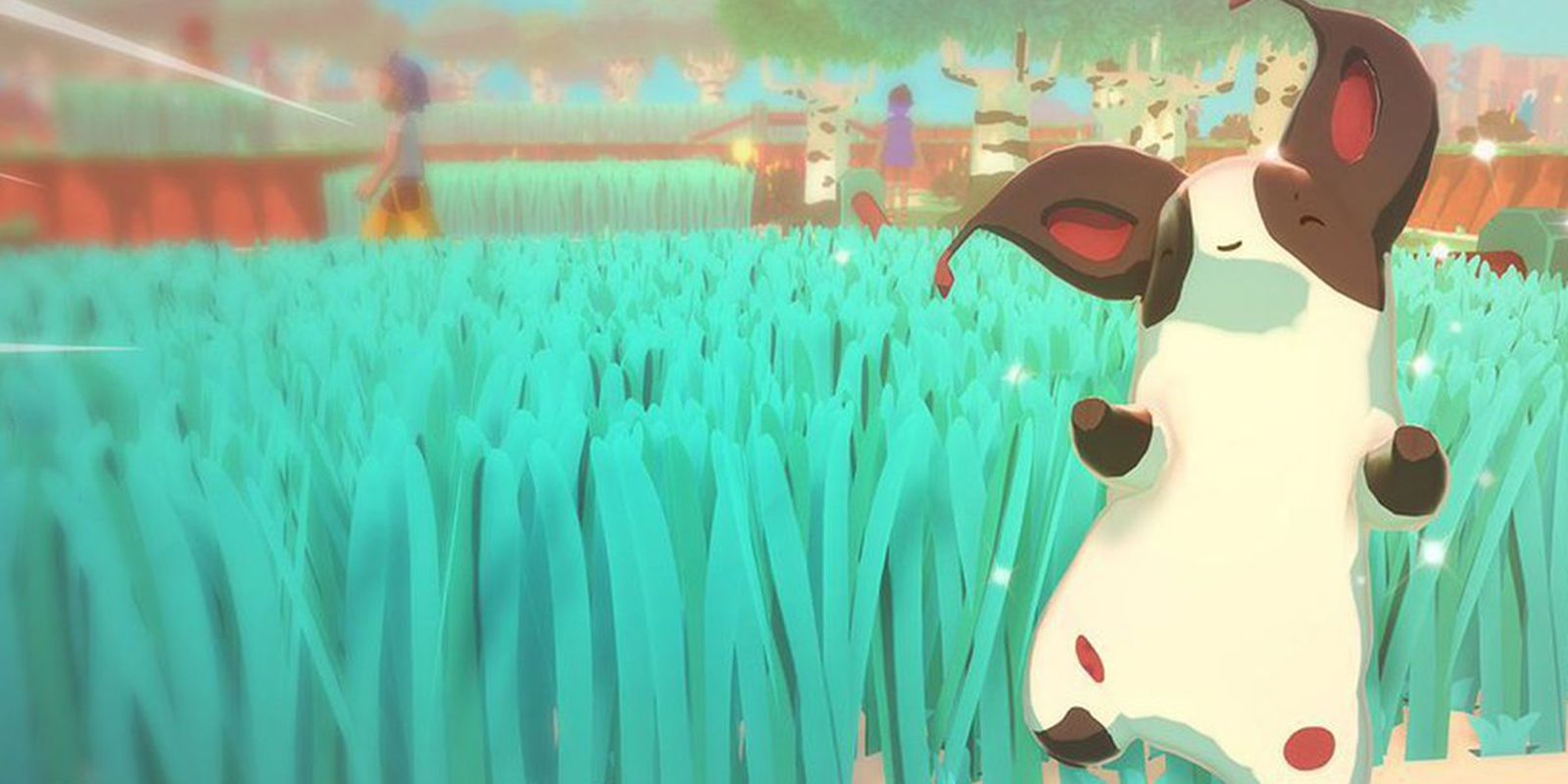 Decoy is an incredibly useful item as it gives you a better chance of escaping an untamed Temtem and wont be consumed when used. This is handy for getting out of fights you don’t think you can win or don’t want to fight for whatever reason. Many fans use these when farming Lumas as they can end fights with non Lumas sooner to cut down on grind time.

To get one for yourself complete the Missing Kids side quest. It’s a simple quest that has you track down two missing kids on the other side of Indigo Lake and reporting back to the Headmistress of the Academia on their location. 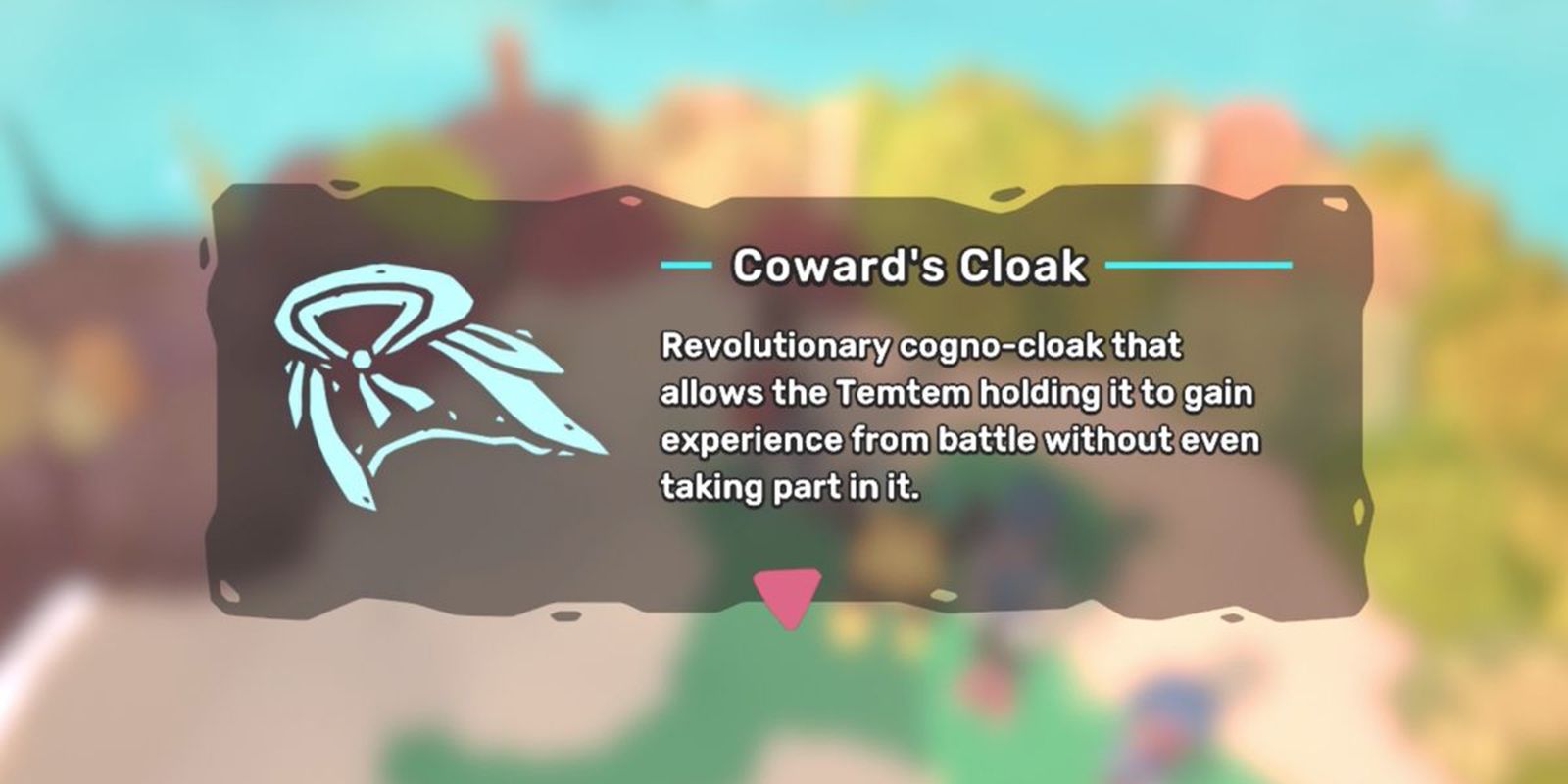 The Coward’s Cloak will cause the Temtem wearing it to receive experience points and TV even though they weren’t in battle. This is great for power leveling a weak Temtem who isn’t strong enough to participate in battles or simply to keep your team balanced as you progress through the story.

There’s only one Coward’s Cloak in the game and it’s located in the center of the spiral route near Sillaro River. There are a number of Clan Belsoto members so it’ll take some fighting to reach it, but it’s definitely worth the effort. 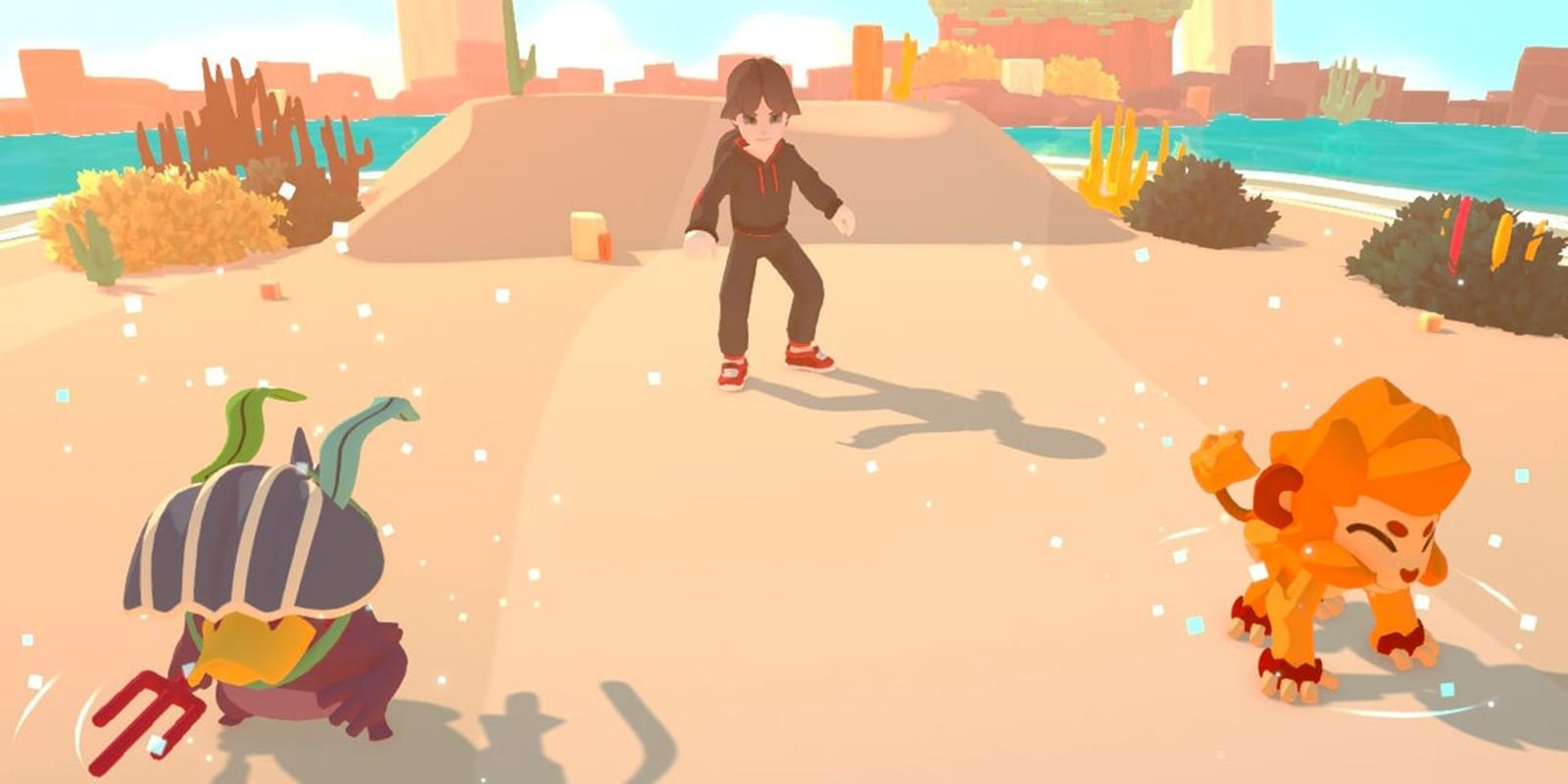 Proteins is a non-consumable item that doubles the amount of TVs your Temtem get from beating untamed Temtems. This is great for farming purposes and can really ramp up your efforts to create an unstoppable team.

There is only one Proteins in the game, and it’s found inside of the building at the end of the Giant Banyan. This is also where you find Lady Lottie’s Diary. To get to this area you must first defeat Dr. Hamijo. 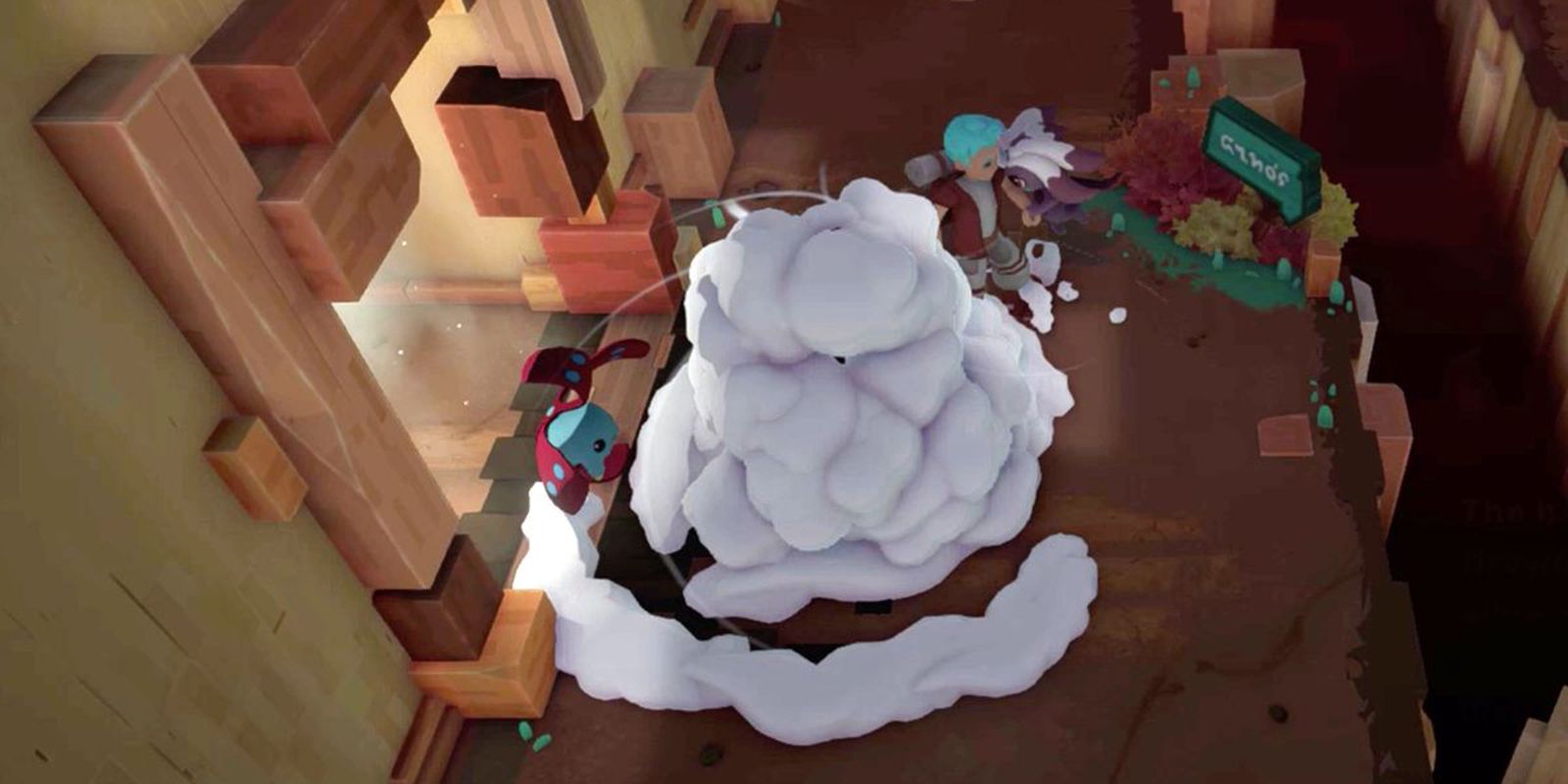 There’s no faster way to travel the Airborne Archipelago than using Smoke Bombs. When activated, a Smoke Bombs will take you to the last Temporium you visited or the airship terminal if you haven’t visited that particular island’s Temporium, this is great for saving time after a farming run or backtracking for quest purposes.

They can be bought at Temporums for 120 Pansuns and you’ll stumble across a handful in your adventures. You should always have at least one on your person to get you out of sticky situations or cut down on travel time. 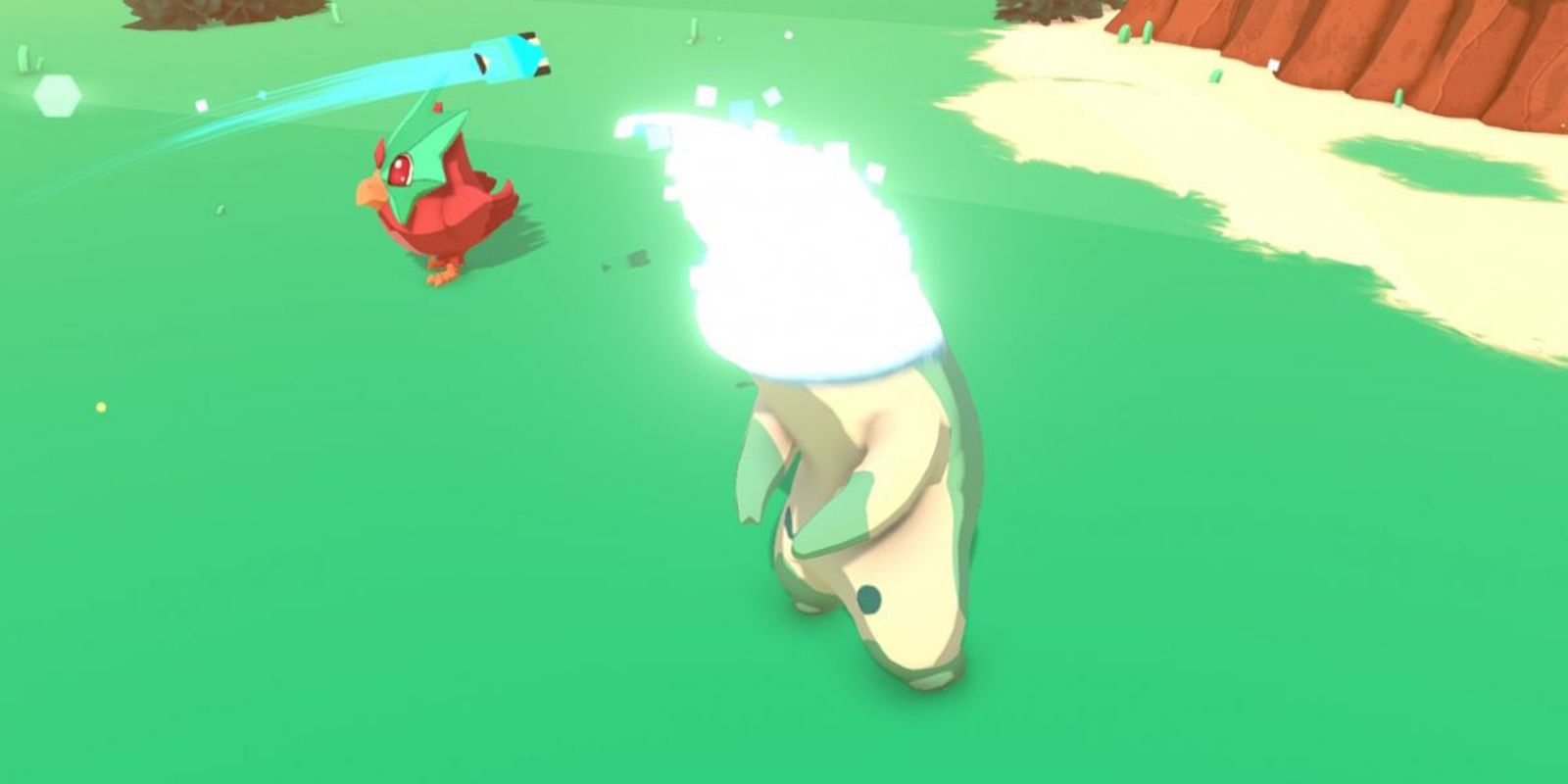 There are a lot of Temtem you’ll need to capture to expand your team and build a strong squad. While regular Temcards do this job just fine, the advanced Temcard+ is really what you should be spending your money on when you have the funds for it.

Admittedly they are four times the cost of regular cards at 80 Pansuns while only providing an additional 50% catch rate, but that 50% is valuable when you finally track down the Luma Temtem you’ve spent hundreds of encounters searching for. Have at least one on you at all times for those cool looking Temtem you simply can’t let get away. 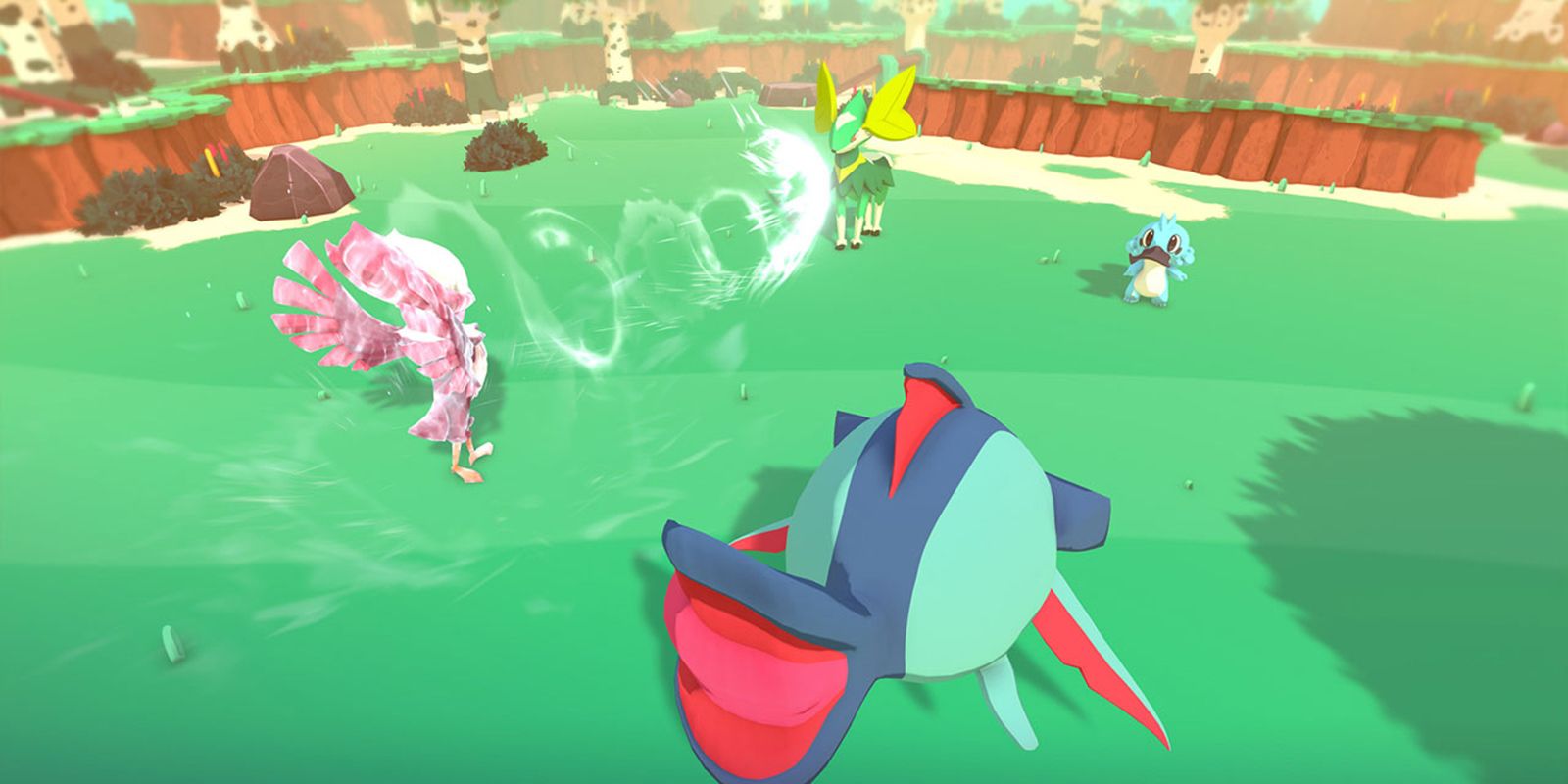 These round golden items will restore 40% HP and 40% stamina when eaten by one of your Temtem, making them invaluable in difficult battles. They’re admittedly expensive at 350 Pansun each, but they’re much more cost efficient than any other healing item and are much more valuable when you have to sacrifice a turn to use one.

To get your own stash you need to visit the Fruit Coop in Mokupuni, this is the only location they’re sold at so make sure to stock up on some whenever you visit this part of the word. 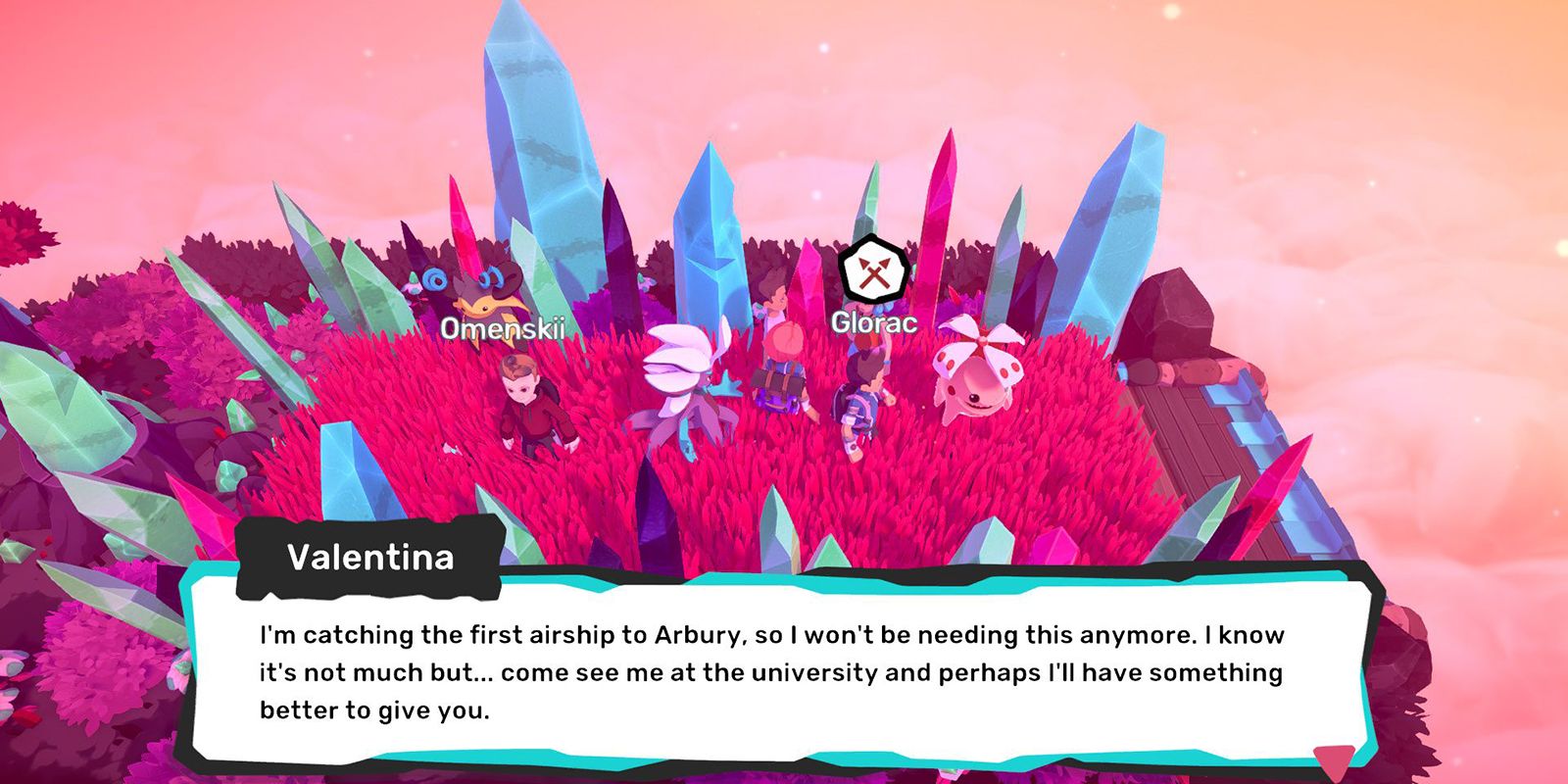 The Sweatband is a piece of gear one of your Temtem can wear to recover 15% of their max stamina whenever it’s their turn. This is invaluable for Temtem that are stamina hungry or to cut back on how often you need to rest your Temtem in battle.

There’s only one in the game and it’s obtained as a reward for completing the Cultist Hunt in Kupeleleza, which tasks you with defeating a cult of Temtem trainers who block the way to the Crystal Shrine. 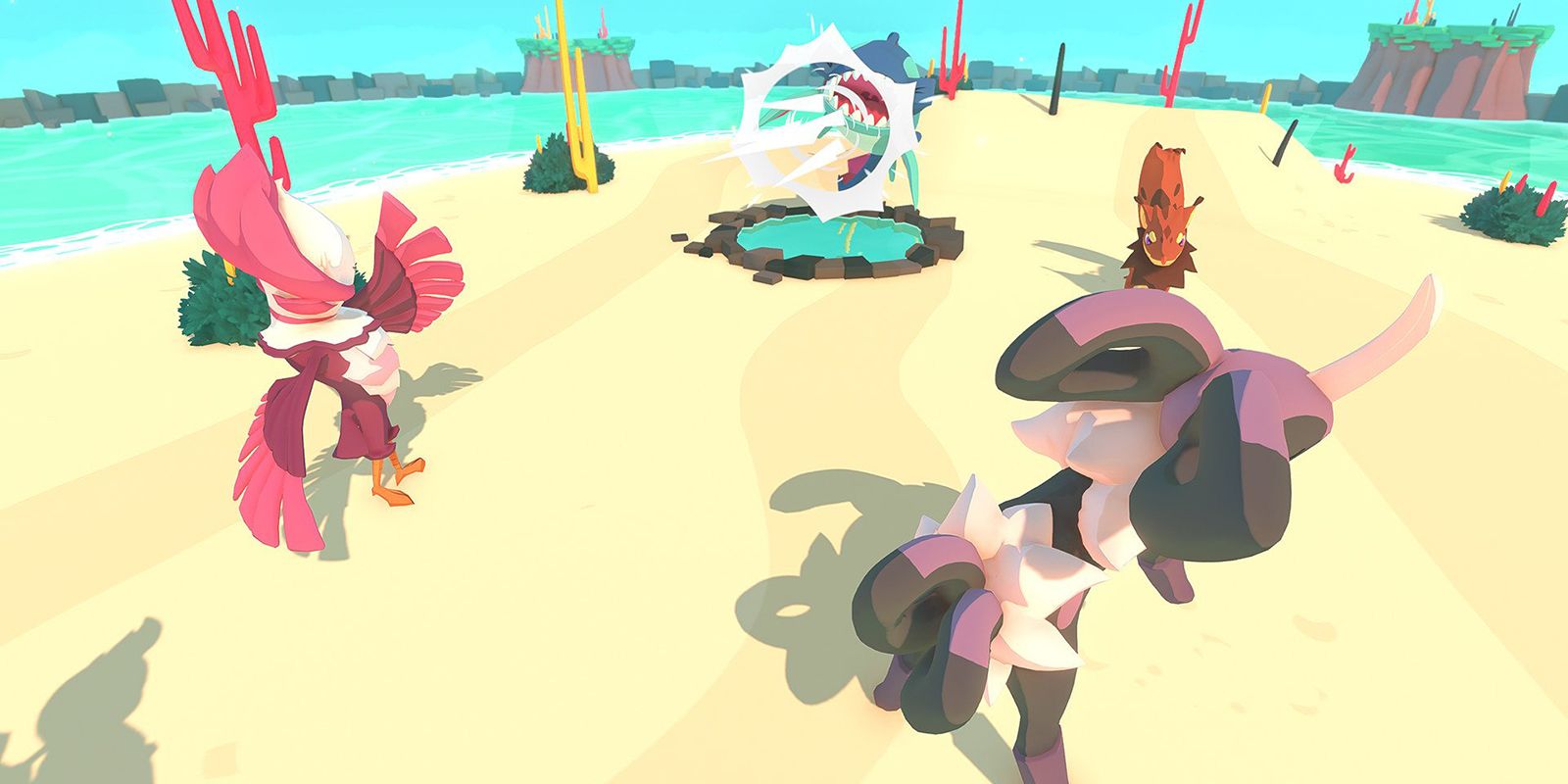 Considering Temtem can be a difficult game at times thanks to its strategy and complexity, you are going to see a lot of your Temtems bite the dust over and over again in battle. This makes Revive, an item that can bring a fainted Temtem back into the battle with 50% of their HP and stamina, incredibly valuable items.

They can be purchased at any Temporium and will set you back a whopping 500 Pansun. But with these beauties in your inventory you’ll find yourself winning a lot more battles and recouping your losses rather quickly. Though it does pay to spend some time grinding cash regardless.