Dragon Quest XI is like a classic JRPG and its recent rerelease is like the final form of a classic JRPG boss. JRPGs are all about working towards the best version of your character be it through grinding, learning skills, or upgrading your arsenal — including this one.

That last one isn’t so easy though, since Dragon Quest XI S doesn’t always carve a clear path to the best of its many legendary armaments, making it hard to identify which ones you should go for. To remove that ambiguity, here are the 10 best weapons in Dragon Quest XI S. 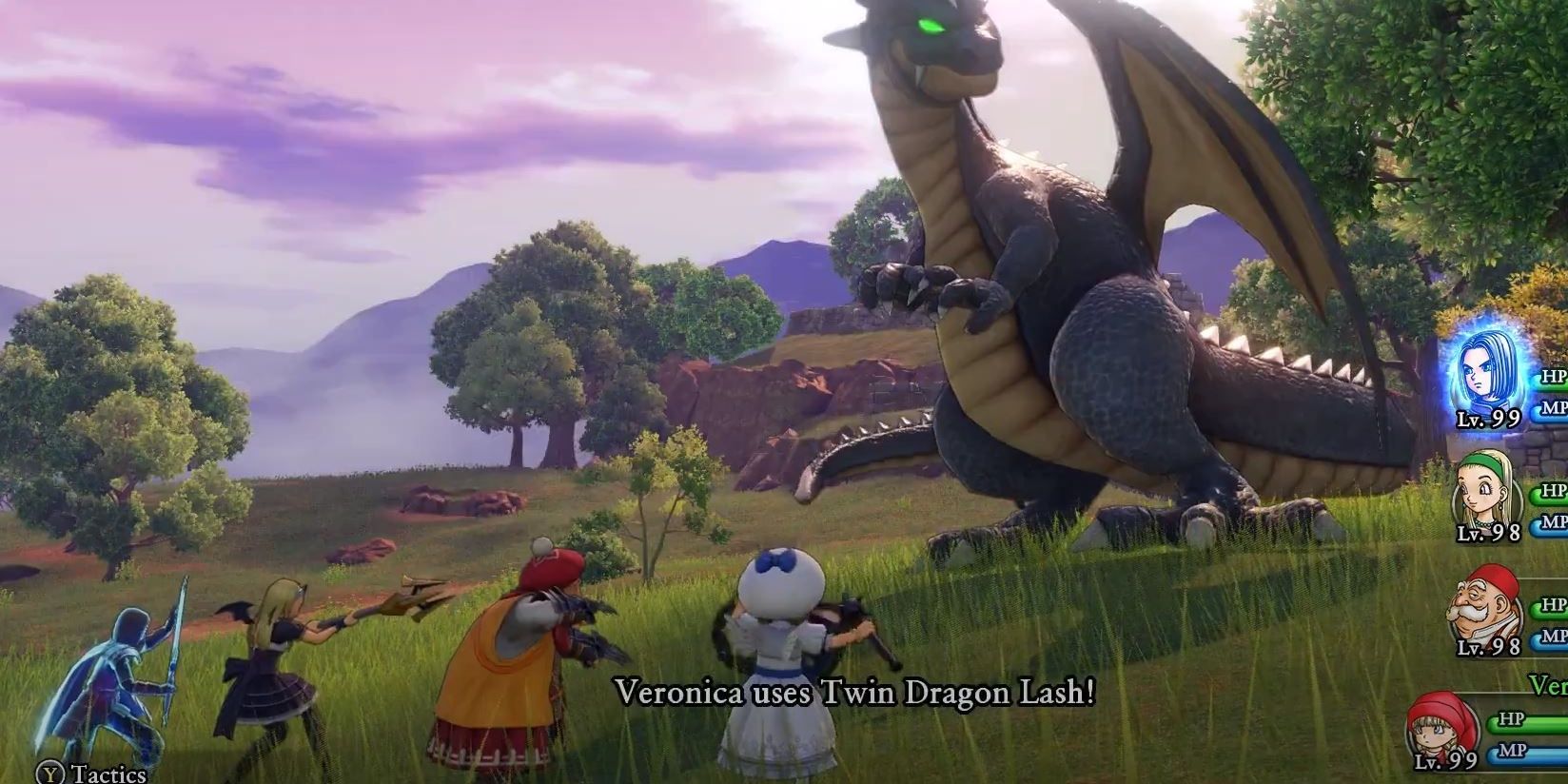 It’s hard to recommend using whips in Dragon Quest XI S. The fact they can hit multiple enemies is cool, but only two characters in the game can use them and both generally have better options for crowd control.

But if you absolutely must have a whip user in your party, you absolutely need to go for the Uber Gringham Whip. It debuted as easily the strongest weapon of its kind in Dragon Quest IX and got a huge buff for its return in XI, allowing it to do more damage and give the wearer a hefty charm bonus to boot. 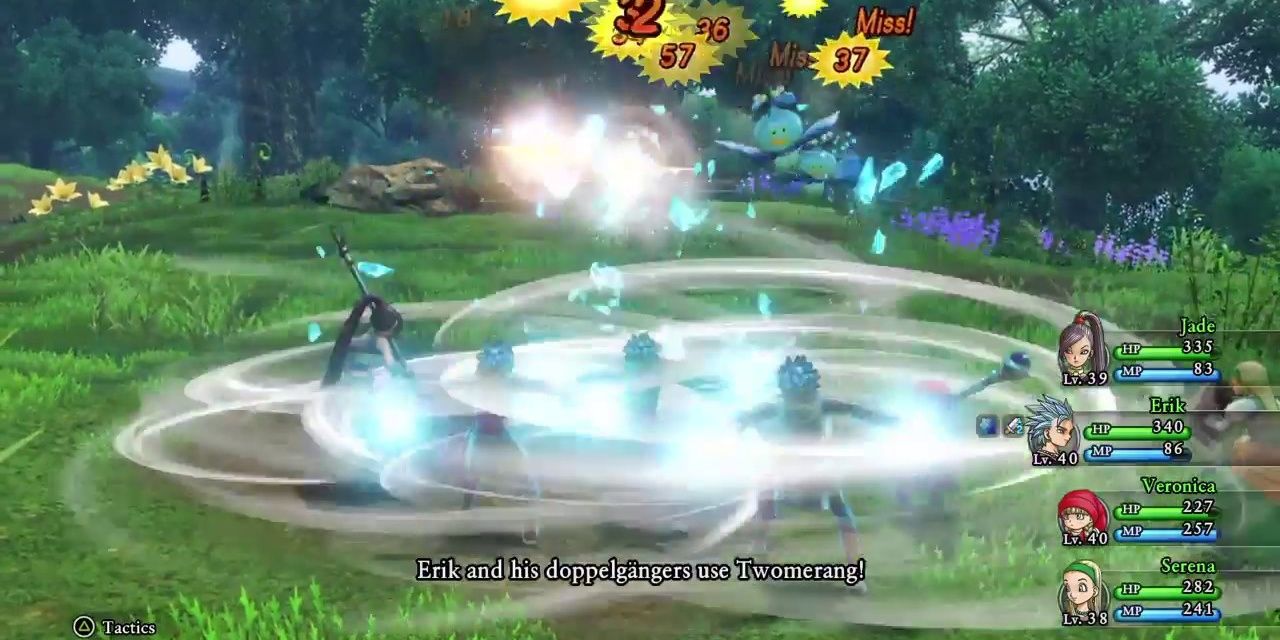 Speaking of crowd control, this powerful boomerang also got its start in Dragon Quest IX. While it has less raw power than the Uber Gringham Whip (unless it’s upgraded via the fun-size forge), it hits with the lightning element to compliment Erik’s earth spells.

Pair this bad boy with the Hunter’s Moon or Metal King Goomerang and you’re on your way to dual-wielding domination over even the largest monster groups. Erik doesn’t have a lot of means to hit multiple enemies at once, so the Galaxarang is always a good weapon to keep in his holster. 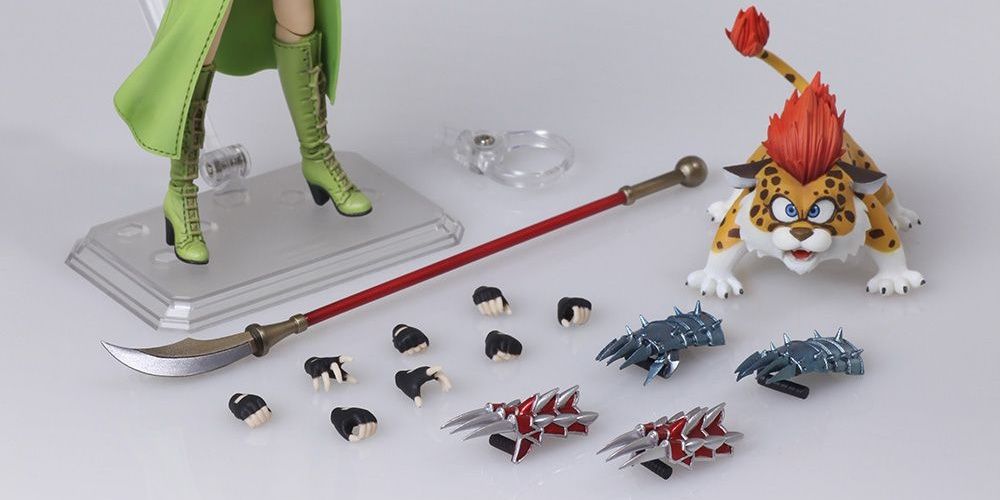 Weapons that hold the power of dragons are always going to be at an advantage in games with titles like Dragon Quest and that’s exactly what the Xenlon Claws are.

They won’t let Jade or Rab fly or breath fire, but they will give them the best damage boost of any claw weapon and a nifty critical hit percentage increase to match. It’s just a shame it’s hidden so deep in the post-game that most players are likely to miss it. 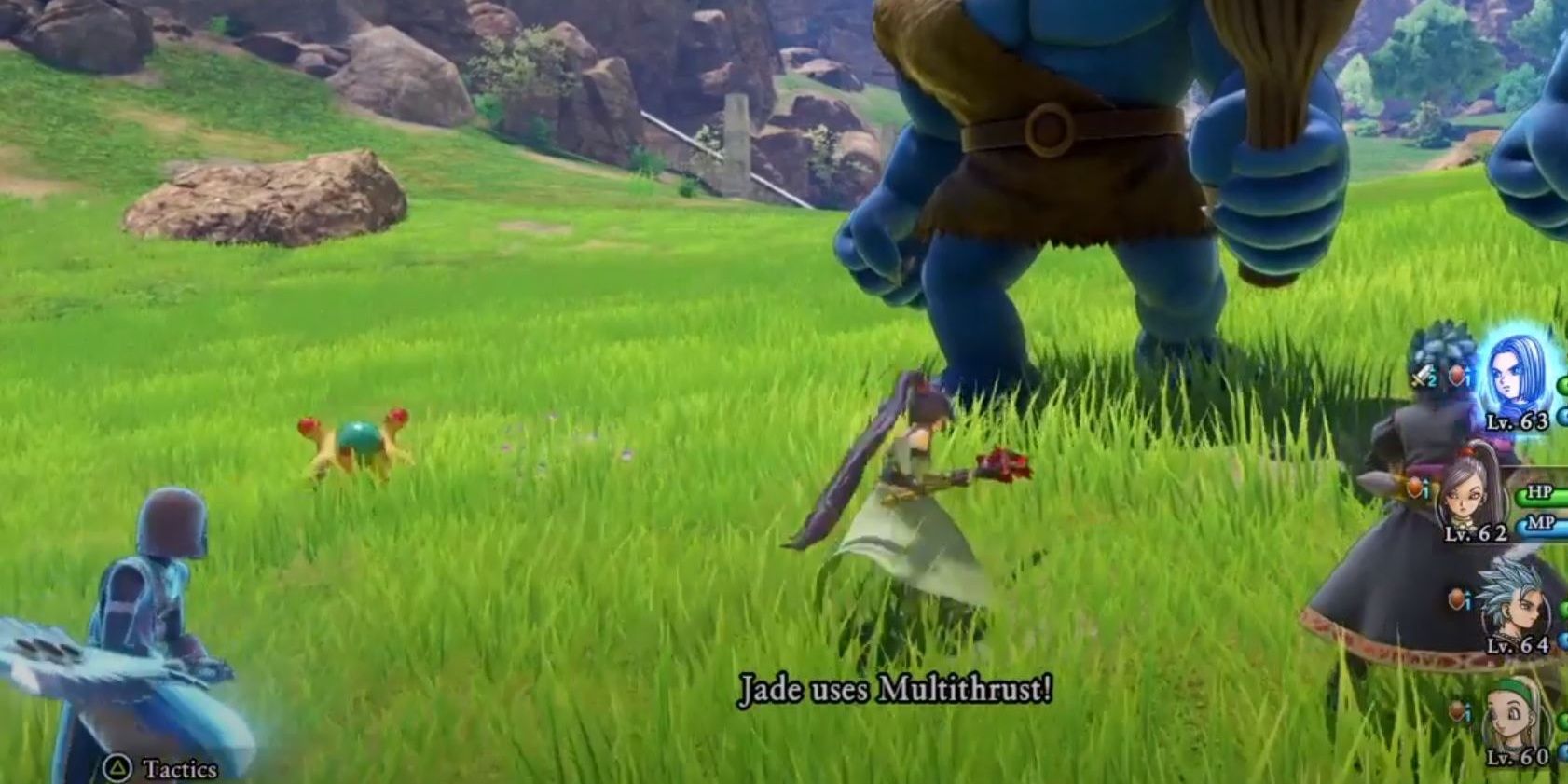 Getting the most out of your characters means lots of exp grinding, which in Dragon Quest games translates to killing loads of metal slimes. Thankfully, the Metal King Spear and its bonus damage against metal paired with Jade’s multithrust make these high defense enemies easier to kill and their high experience yields easier to obtain.

But this polearm isn’t just for grinding, as its high damage is supported by high chances to beguile enemies or parry their attacks.  It’s rare for a weapon to emphasize defense as well as offense.

Back to the Dragon Quest IX alumni with the Dynamo Dagger — a postgame weapon that does more damage than all other knives in the game.

More importantly, though, it allows its wielder to move like the wind, giving them a higher chance of getting the drop on their foes and artfully dodging their counterattacks. It is pretty confusing that Erik and Sylando are appreciably more mobile with this knife than with no weapon, but why question greatness? 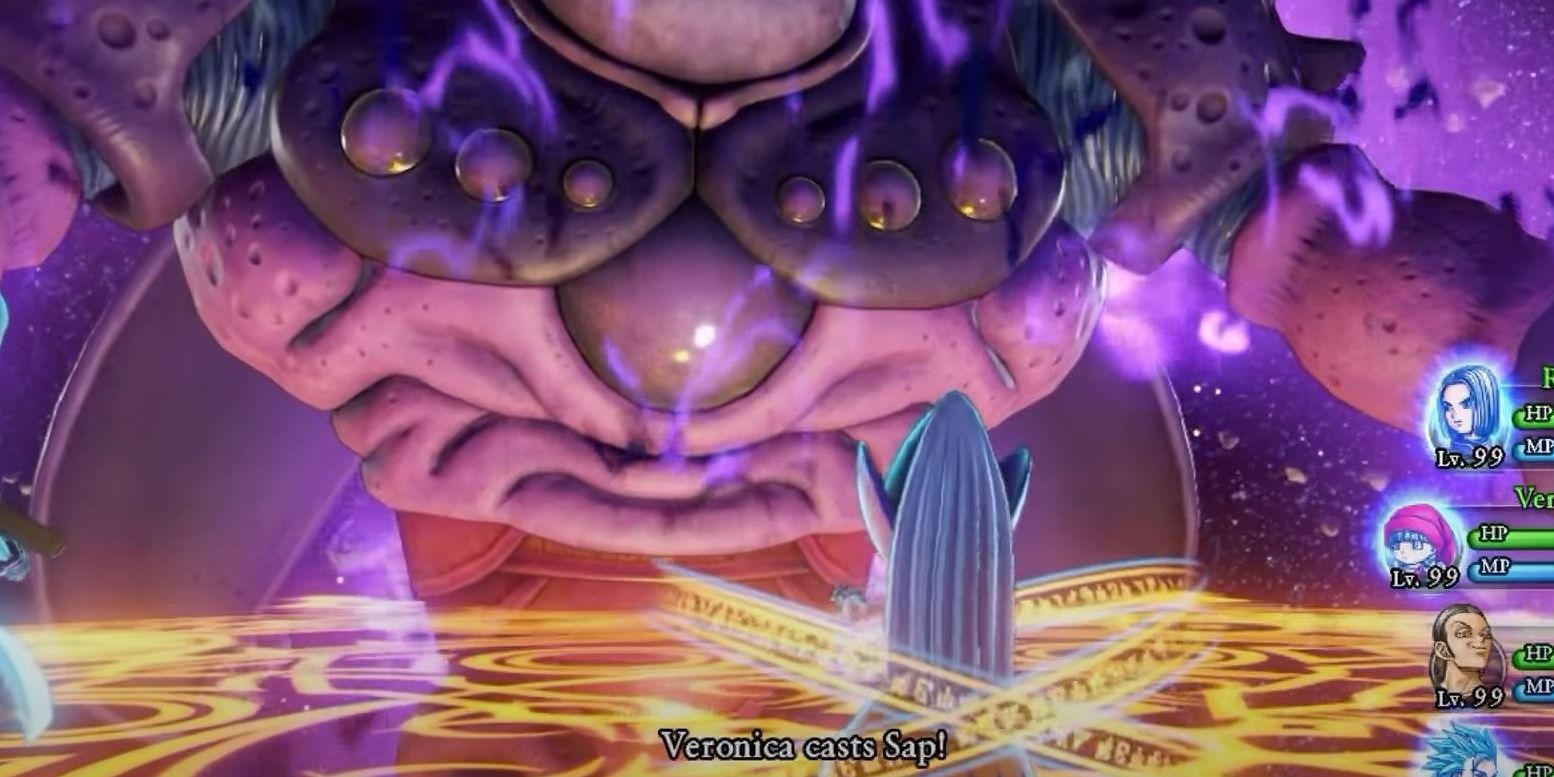 You don’t usually look at staves for their attack power, but with a +112 bonus, it’s hard to ignore this aspect of the Aurora Staff. But don’t get too fixated on this or you’ll miss the fact that it also gives a huge boost to both offensive and defensive spellcasting for a more balanced magical experience.

And if that weren’t enough, the Aurora Staff also has a chance to remove any and all buffs on its targets, and the fun-size forge can bring that chance up to 100% in the hands of a skilled player. 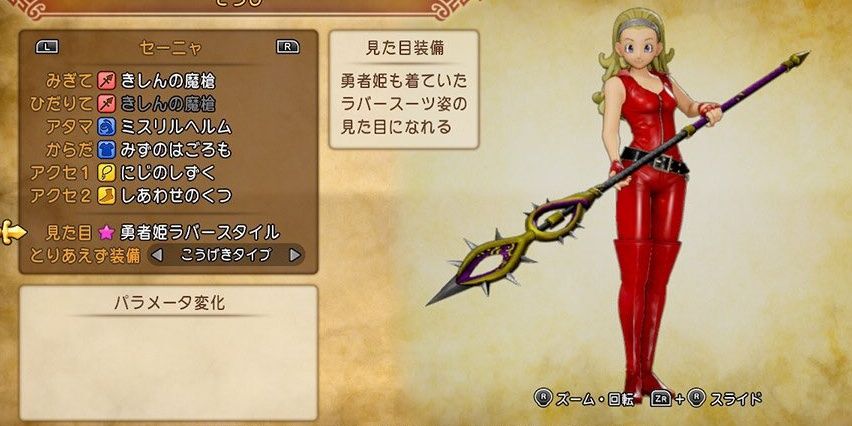 Although it lacks the Metal King Spear’s type advantage and beguiling chance, the Split-Pot Poker has a matching parry chance and a much higher damage output that can be taken to absurd levels when its ability to ignore enemies’ armor bonuses comes into play.

Plus, it gives Serena and especially Jade a bonus for one of their strongest stats: their charm. But with a weapon this powerful, they won’t need to rely on their looks to break peoples’ poker faces. 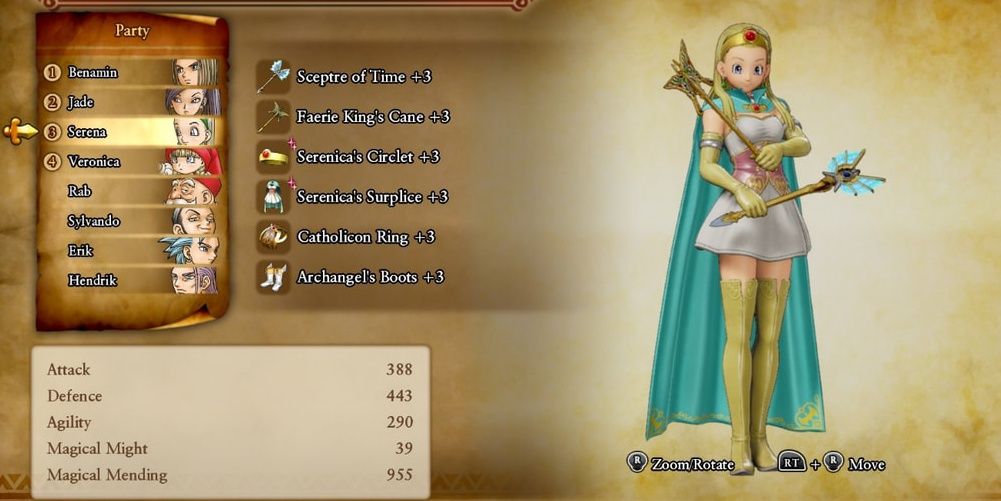 You want your healers to have an easy time keeping you alive, right? If so, you’ll want to grind your way to beating the Wheel of Harma’s final trial in less than 35 turns to get your hands on the Faerie King’s Cane.

With its massive boost to healing potential coupled with a 10% reduction in damage taken while automatically healing 25 HP for free each turn, Serena has never had an easier time supporting her allies. This wand made its first appearance here in Dragon Quest XI and will hopefully be making many more in future games. 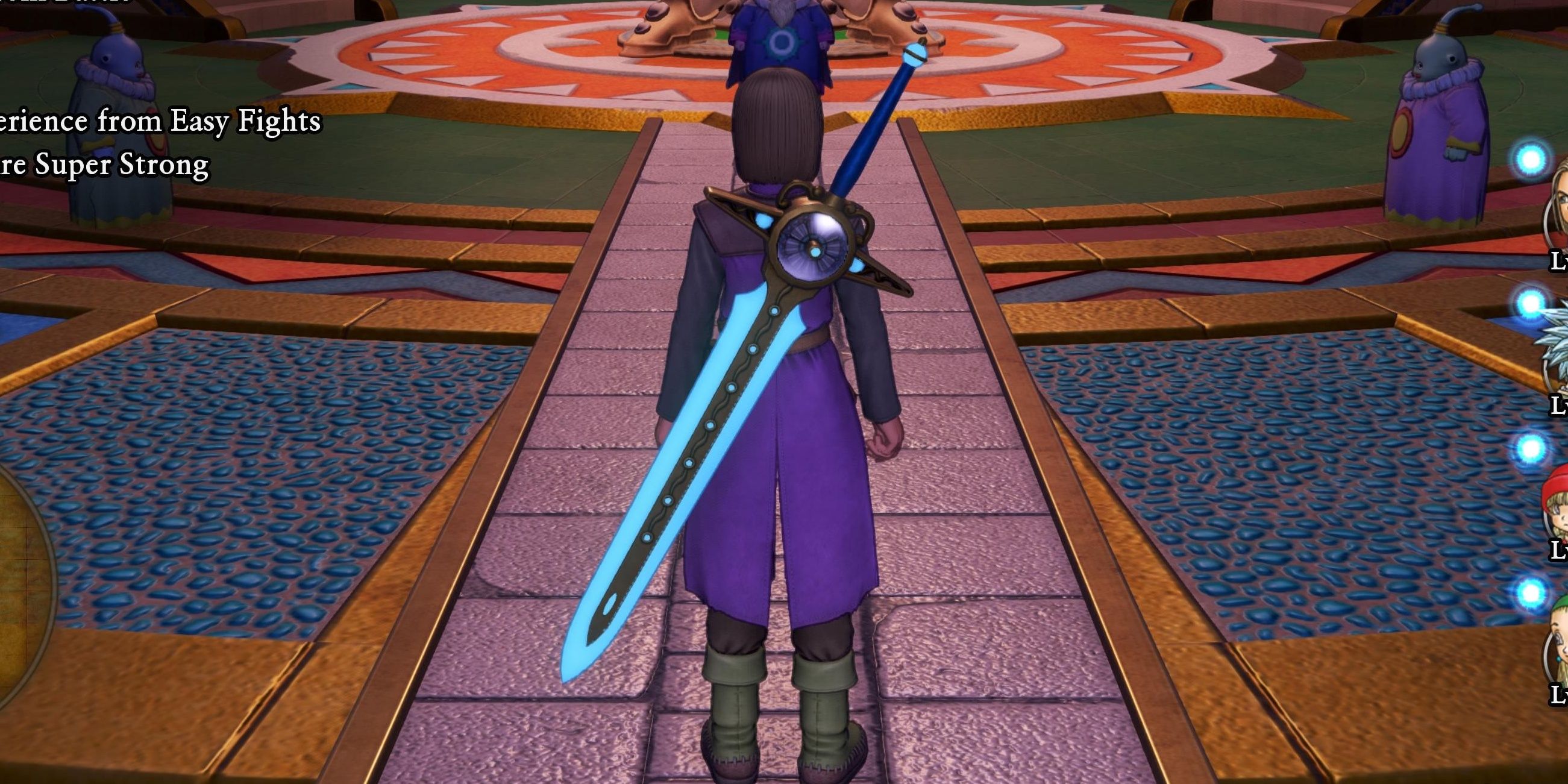 It’s no surprise that a sword would be so close to the top in a list like this, but its attack power, charm bonus, and parry chance are downright shocking. In fact, they’re all among the best the game has to offer.

As if it needed to be even more overpowered, the appropriately named Brilliant Blade is imbued with the power of the light element, arguably the most useful one in the game. It’s the greatest greatsword you can craft in this great game. 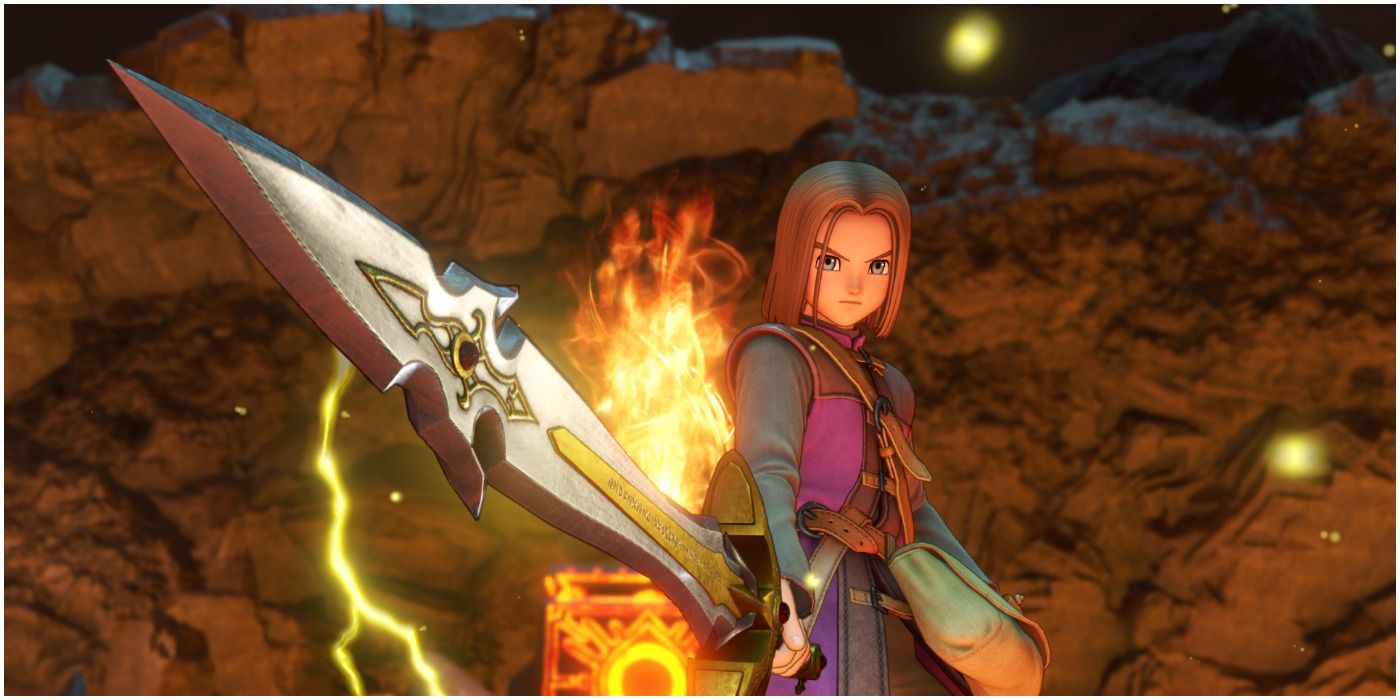 Despite doing less damage than the Brilliant Blade and having an identical charm bonus, The Luminary’s ultimate weapon easily outclasses its fellow sword of light. It benefits from a secondary attribute with the lightning element which helps it in many matchups, but the Supreme Sword of Light’s best traits don’t lie in its damage output.

It can strip enemies of their buffs when attacking and when used as an item in battle can conversely relieve allies of their debuffs. Besides, it’s the main hero’s ultimate weapon in a game where he is easily the strongest character. It would be crazy to have any other armament take the top spot.