The Best Pets In Sea Of Thieves

The cosmetic customization options in Sea Of Thieves are fantastic. There are unique ship skins, clothing, and even pets to collect throughout the sea. Since Sea Of Thieves is a pirate game first and foremost, it's not surprising that many of the pets are animals that pirates typically have, such as parrots and monkeys.

Every type of pet has a few options available that range from a unique color to a scary skeletal version of the animal. Most of the pets in Sea Of Thieves are available in the Pirate Emporium, so real-world money is necessary to buy them. With that in mind, here are the best pets you can get in Sea Of Thieves. 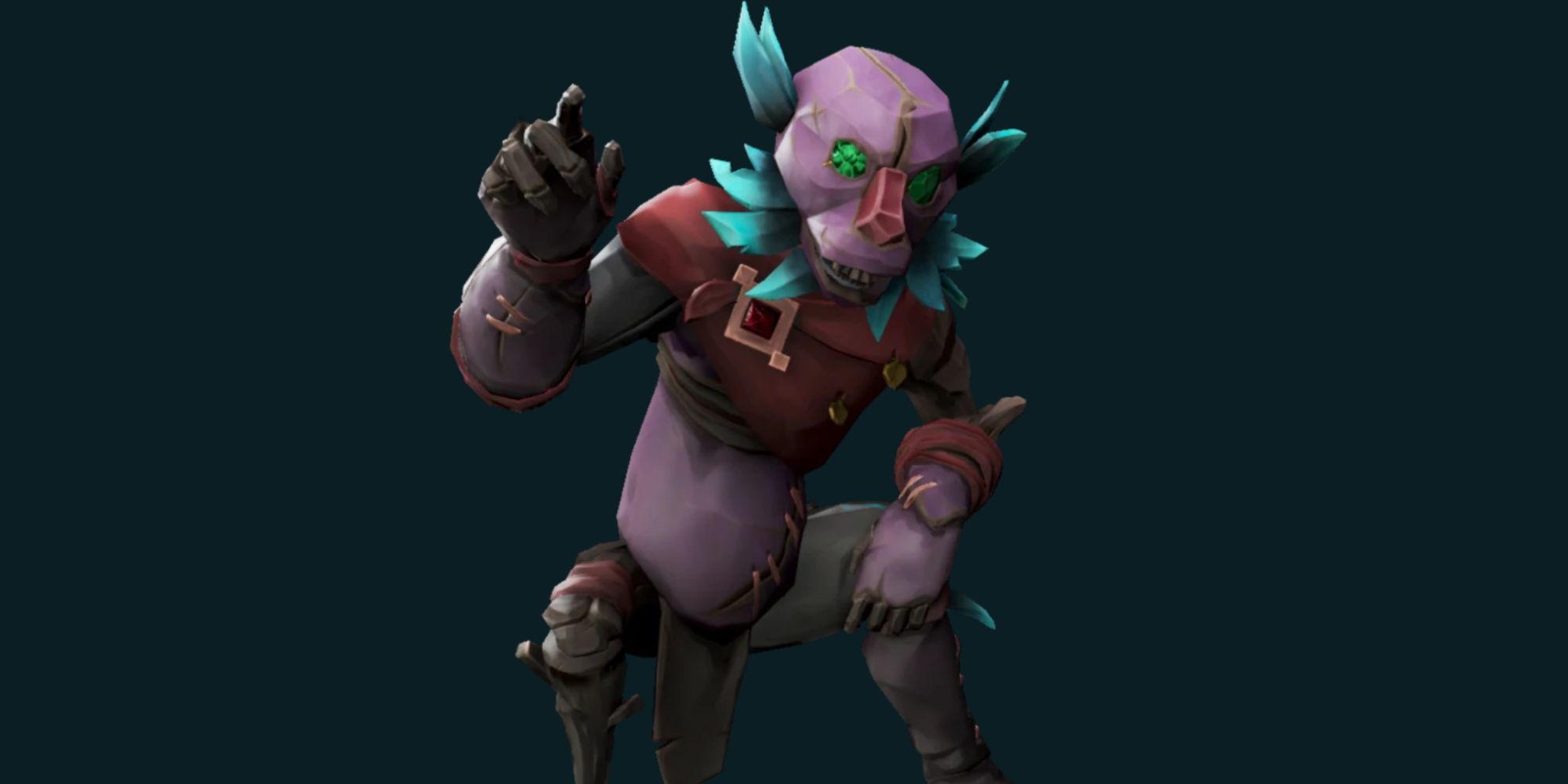 Monkeys are among the most popular pets in Sea Of Thieves, so the Order Of Souls Possessed Monkey should help you stand out if you love these tiny primates. 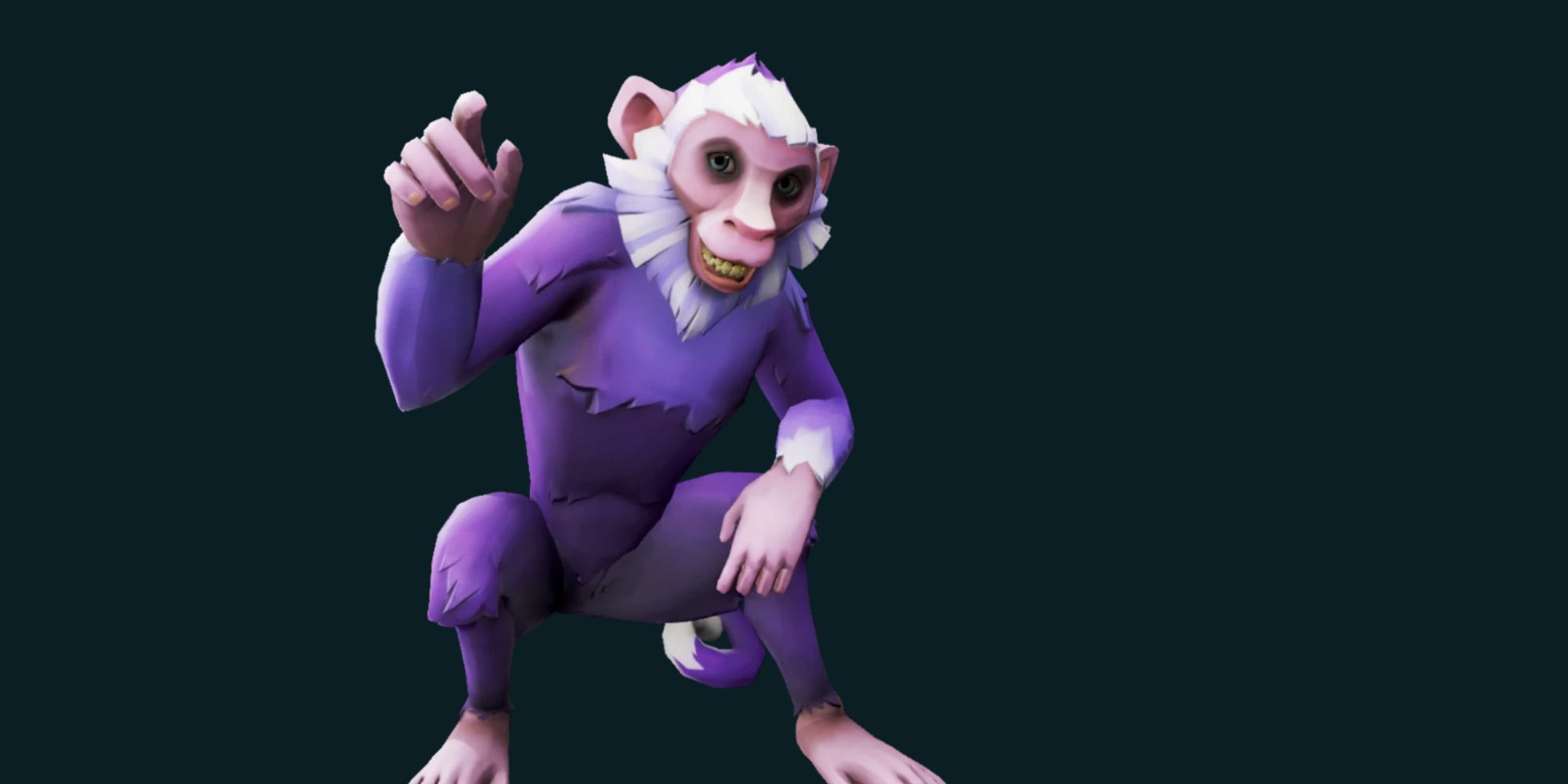 There are lots of monkeys with unique colors in Sea Of Thieves, but this purple variant is one of the best because of how much it stands out. Purple and white really is a beautiful combination. 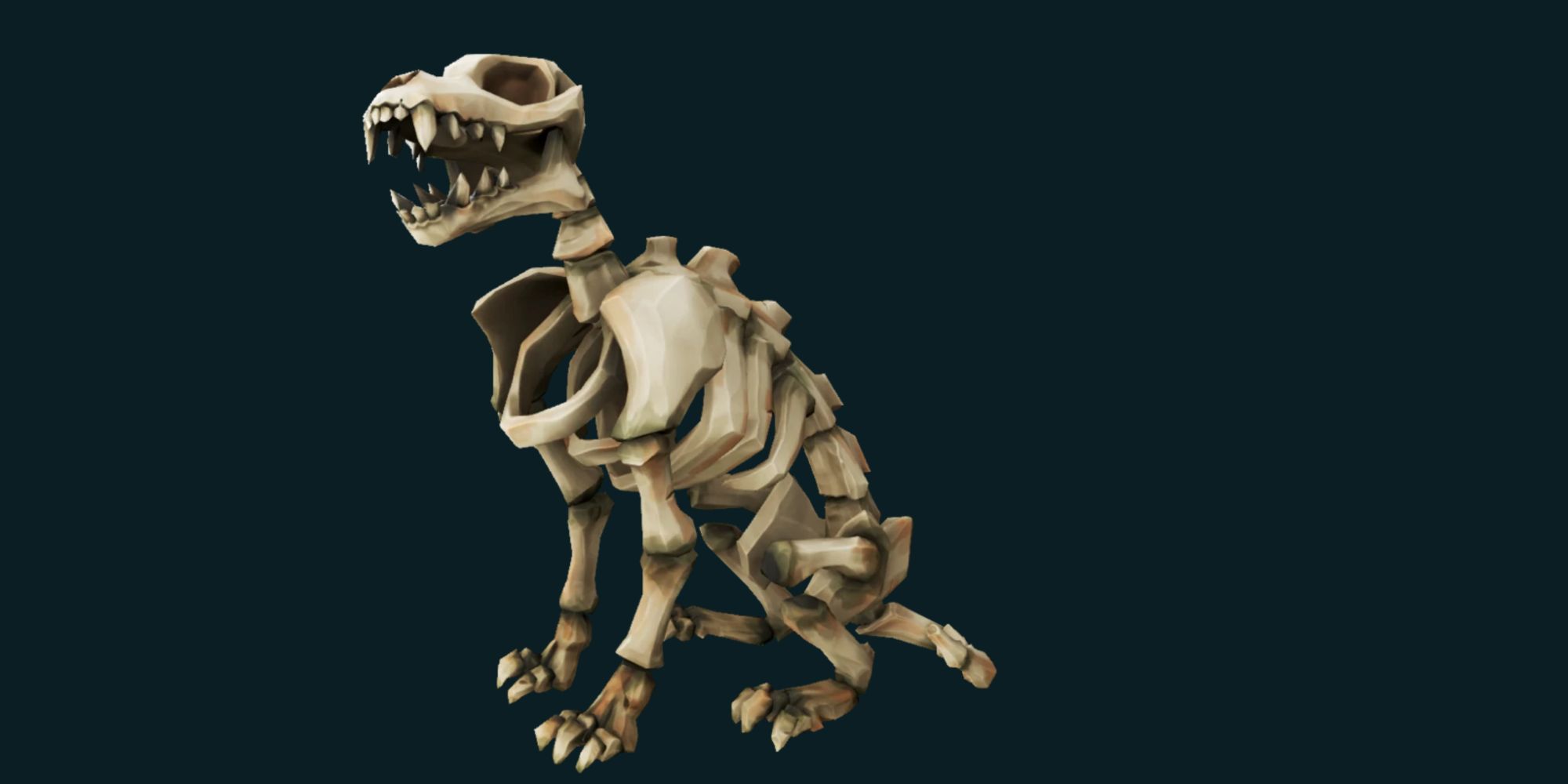 Dogs are man's best friend, even in death. The Skeleton Alsatian is a dog that is nothing more than a skeleton. There's no fur on this creature, but that adds to its uniqueness. 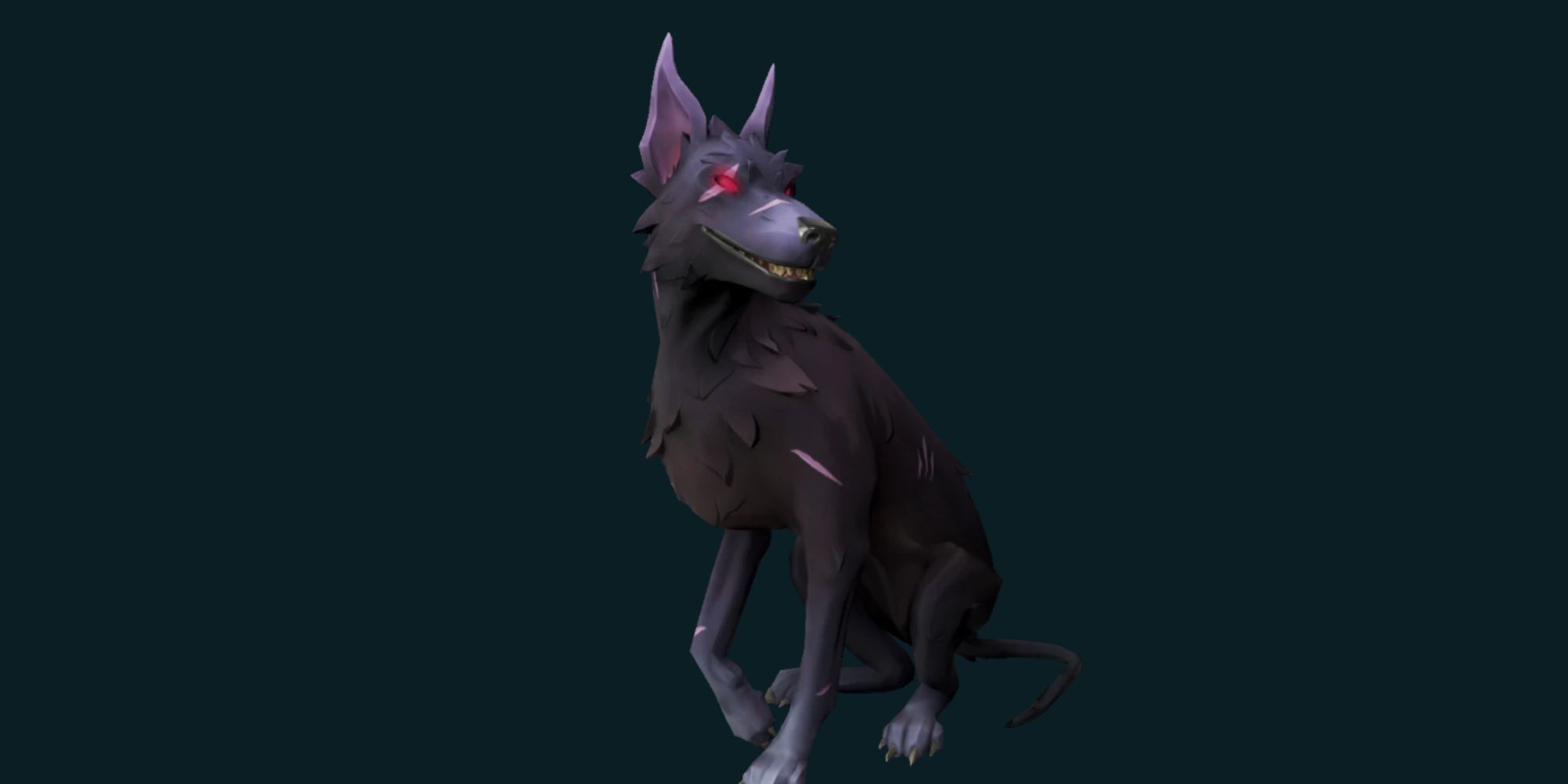 The Diabolical Dog is the only evil pet in Sea Of Thieves, as most of the other pets don't seem to have any particular moral leaning. The Diabolical Dog has red eyes and a smirk that should scare even the toughest of pirates. This pet always seems like it's planning something diabolical. Hopefully, the plan is for your enemies and not you.

Other than its eyes, the Diabolical Dog consists of basic dark colors, but its appearance still manages to stand out thanks to its evil vibes. 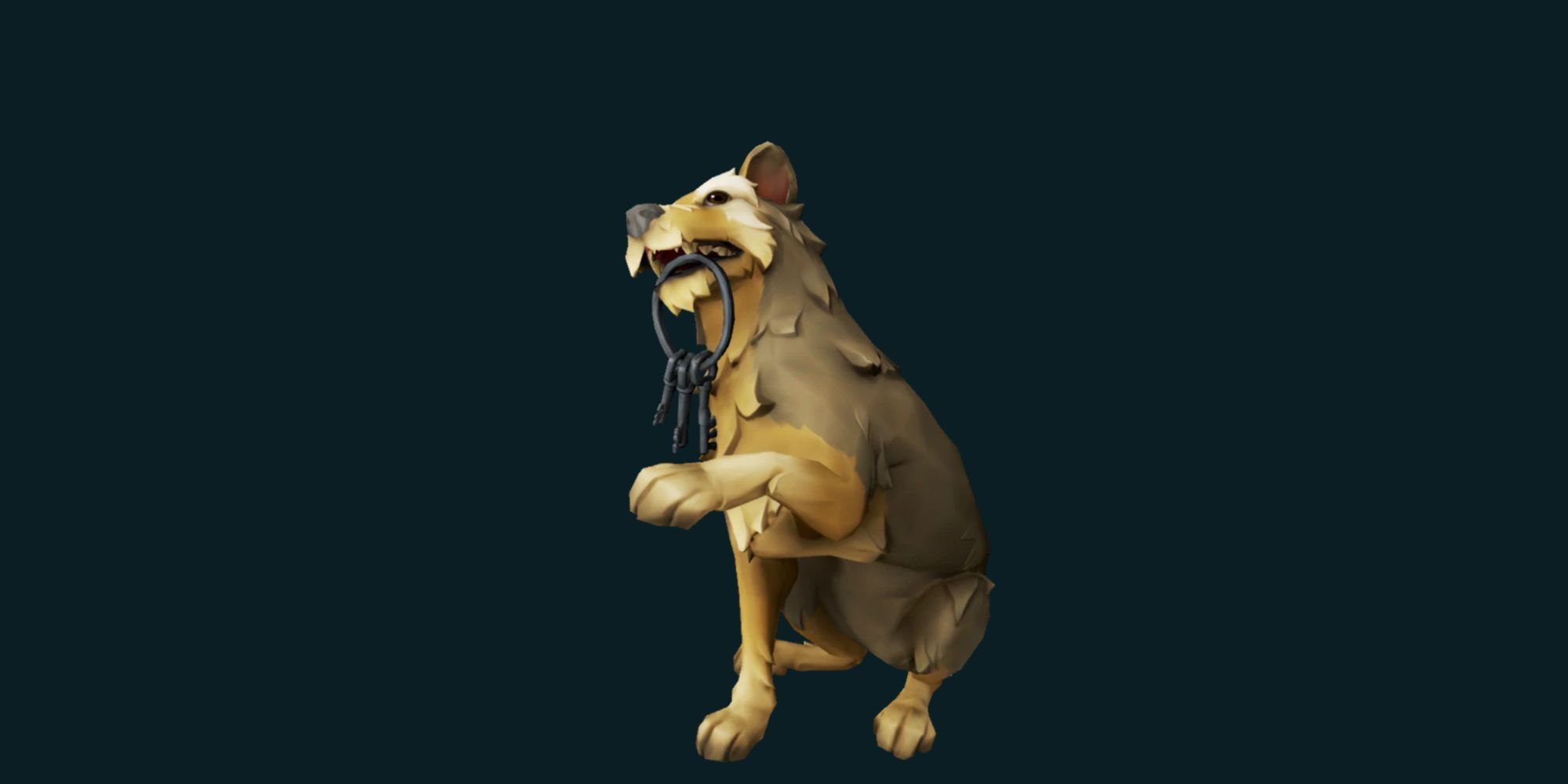 The Prison Dog doesn't seem particularly unique at first glance, but if you look closely at its mouth, you'll notice that it's carrying keys. Most pets don't use props, so any pet that carries a third-party object stands out quite a bit.

The Prison Dog has light brown fur and similar animations to other dogs in Sea Of Thieves, but its keychain helps it stand out from the pack. Unfortunately, the Prison Dog can't open anything with its keys, but it's still a cool feature. 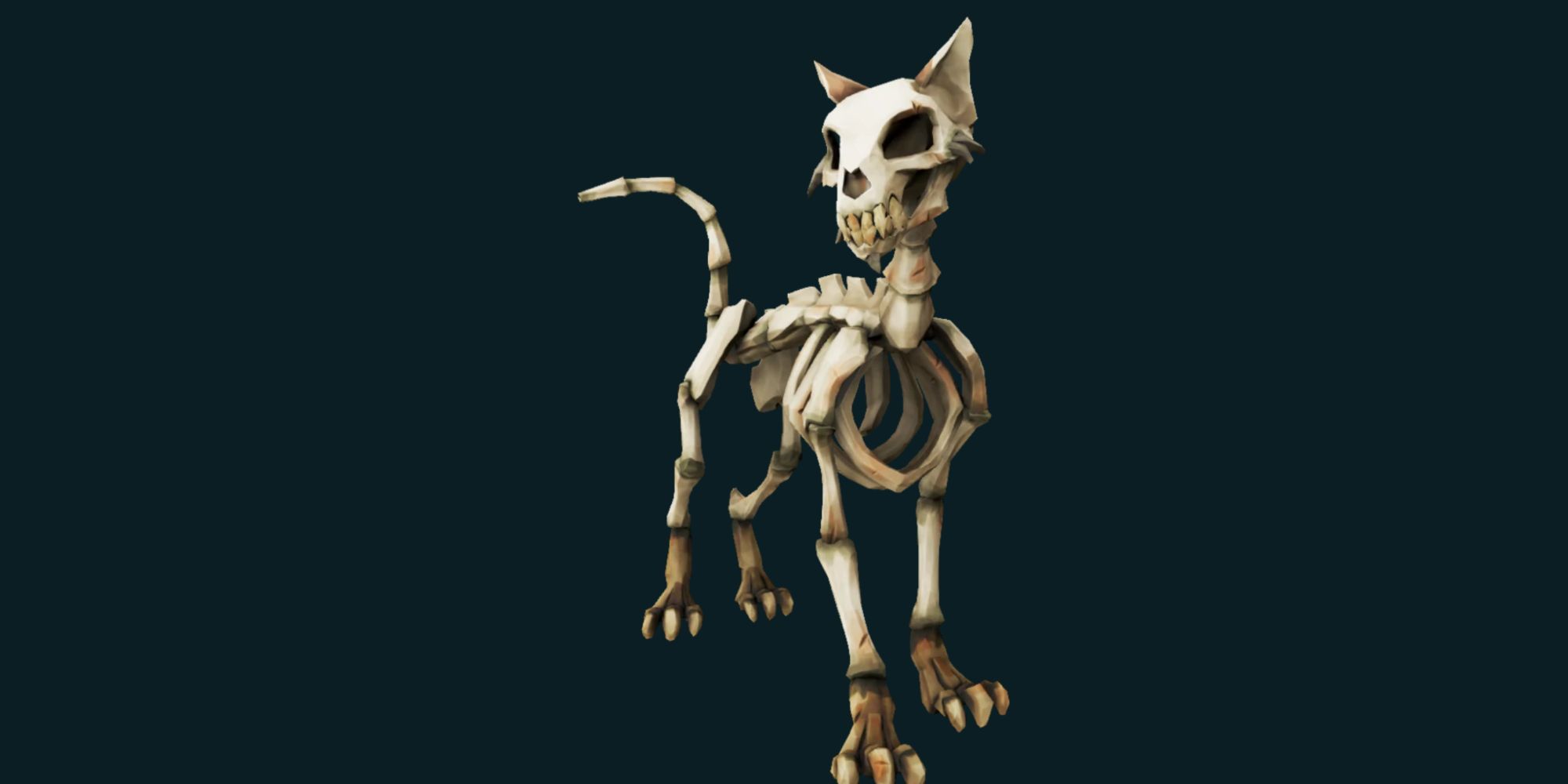 The Skeleton Mau is one of the most unique cat pets in Sea Of Thieves, so it's the perfect option for a cat lover that wants a slightly more edgy pet. 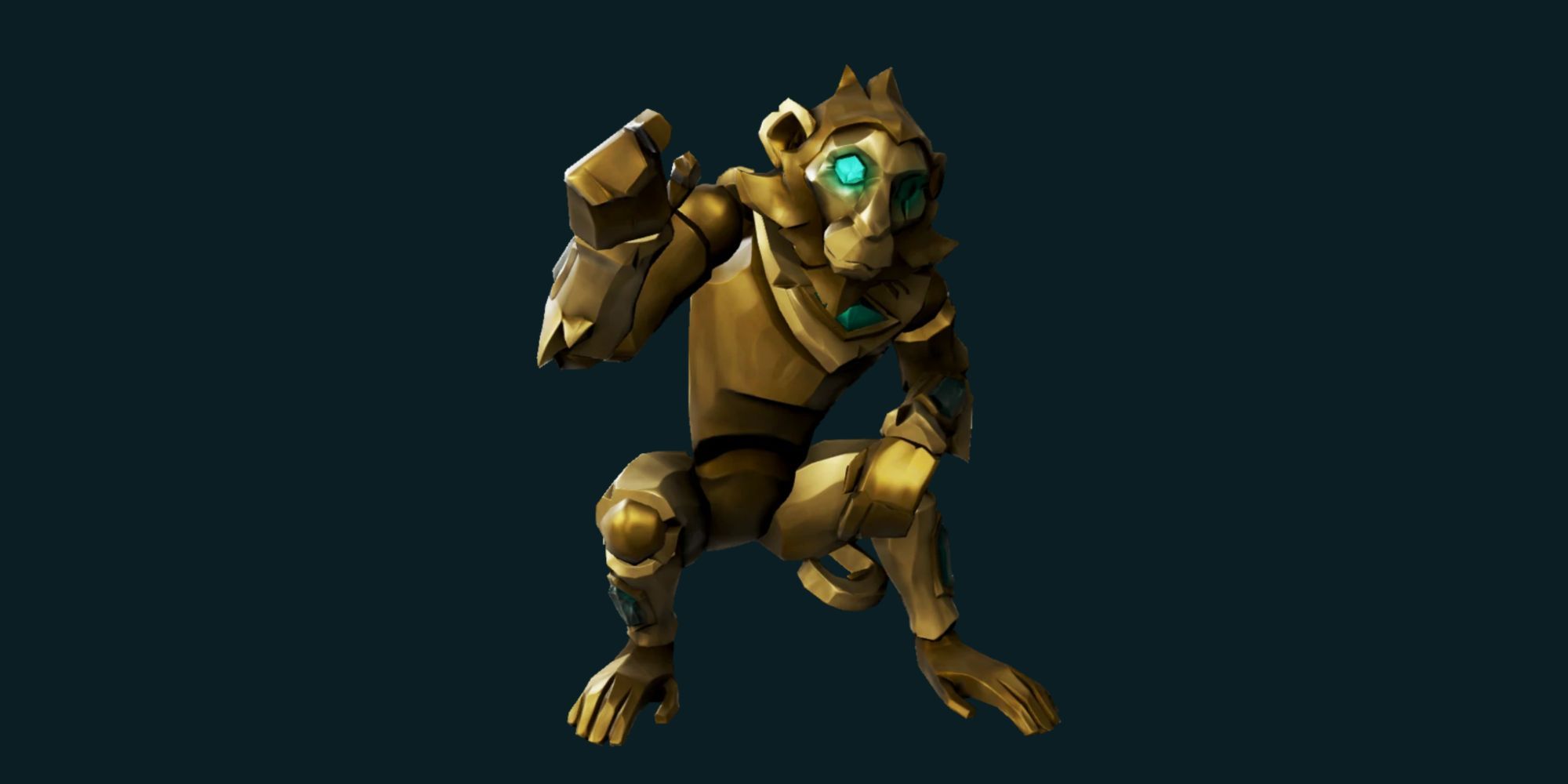 The Gold Curse turns animals into gold, which is great for you when you can have such a cool looking monkey. The Gold Curse Capuchin is the most unique monkey you can acquire thanks to its gold sheen. Some curses aren't so bad after all. 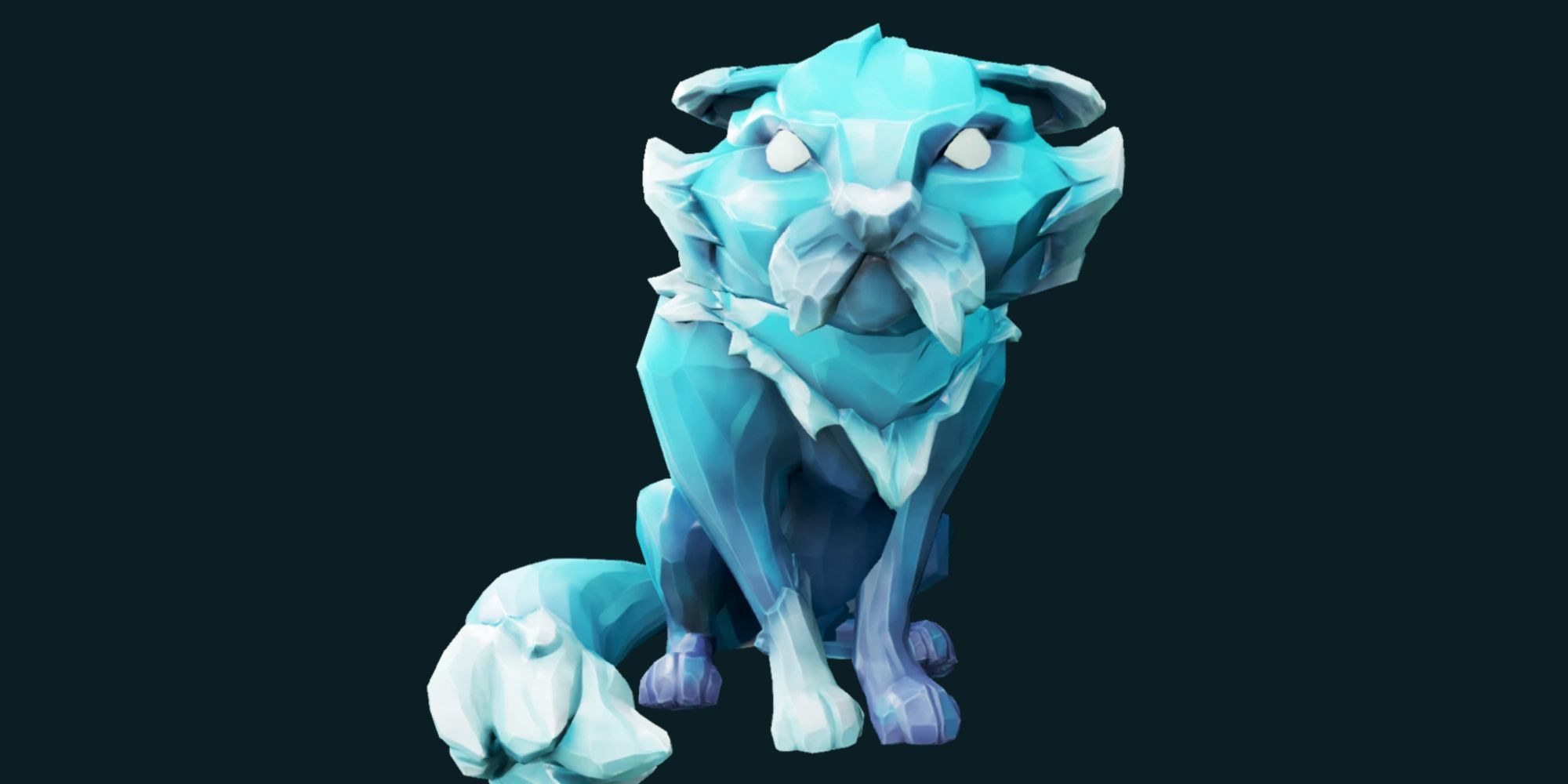 Similar to the Golden Curse, the Glacial Curse changes how an animal appears to pirates. The Glacial Curse Ragamuffin is a cat made of ice, which is about as cool as it sounds. 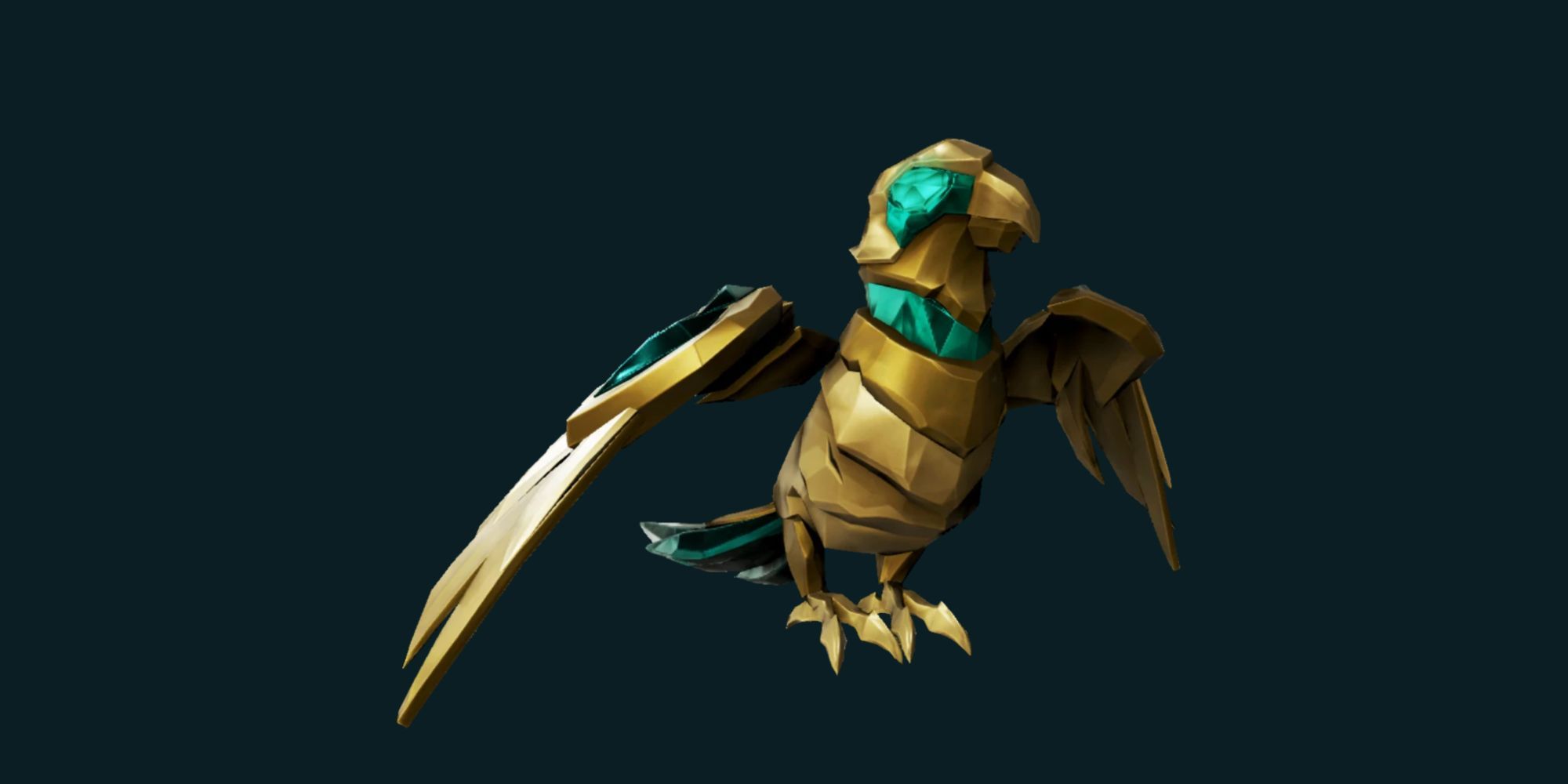 Gold weighs a lot, so it's surprising that the Gold Curse Macaw can soar through the air while its body is made of the stuff. The Gold Curse Macaw is one of the only flying creatures in the Sea Of Thieves Universe made of gold, which makes it a particularly unique specimen.

If you like birds that can fly through the open-world or shiny objects, then a Gold Curse Macaw may be the perfect option for a pet. 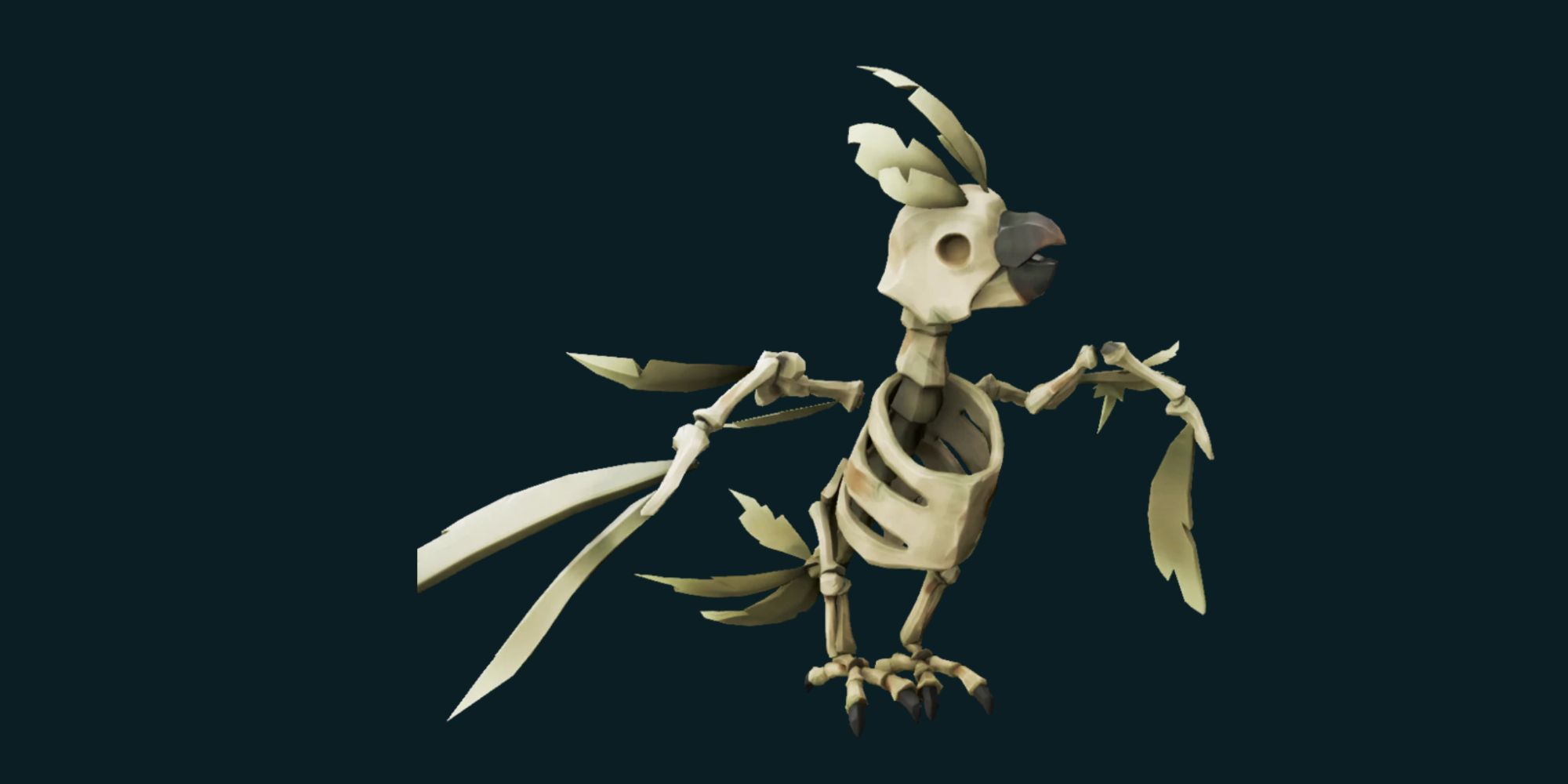 The collection of skeletal pets in Sea Of Thieves is vast, and there's something for everyone, but the Skeleton Cockatoo is the best skeletal pet since it can still take to the skies.