The Boys Season 3 Upped The Stakes But Fluffed The Satire

The Boys has an interesting take on the superhero genre. The basic concept of ‘what if superheroes were arseholes?’ is not new by any means – in fact I’d argue that the cultural relevance of Watchmen, Suicide Squad, Peacemaker, The Umbrella Academy, Invincible, Doom Patrol, and Deadpool means that the ‘superheroes are arseholes’ take has moved from new, fresh, and countercultural, to fairly cliched.

However, The Boys takes things a step further, and also aims its laser eyes at the corporate capitalisation of superheroes by the likes of Marvel and Disney. It’s quite a meta analysis, but Stan Edgar’s Vought International is a brilliant satire of how corporations (and not just those running superhero properties) put profits before people, cater to the worst members of our society, and always think selfishly no matter how many social justice movements they co-opt.

The Boys Season 3 upped the stakes dramatically. Homelander seized power of Vought, Butcher came face to face with his abusive childhood, and Soldier Boy was resurrected from a Russian laboratory with the power to destroy cities and relieve supes of their powers. Starlight tried to shed a light on Vought’s corruption from the inside, and her relationship with Hughie hit an all-time low as he desperately tried to save her, often putting himself in the line of fire to do so. As I said, the stakes have never been higher on both a personal level and a ‘the world needs saving’ level. However, among all this, the satire has slipped, and the execution of it has been fumbled. 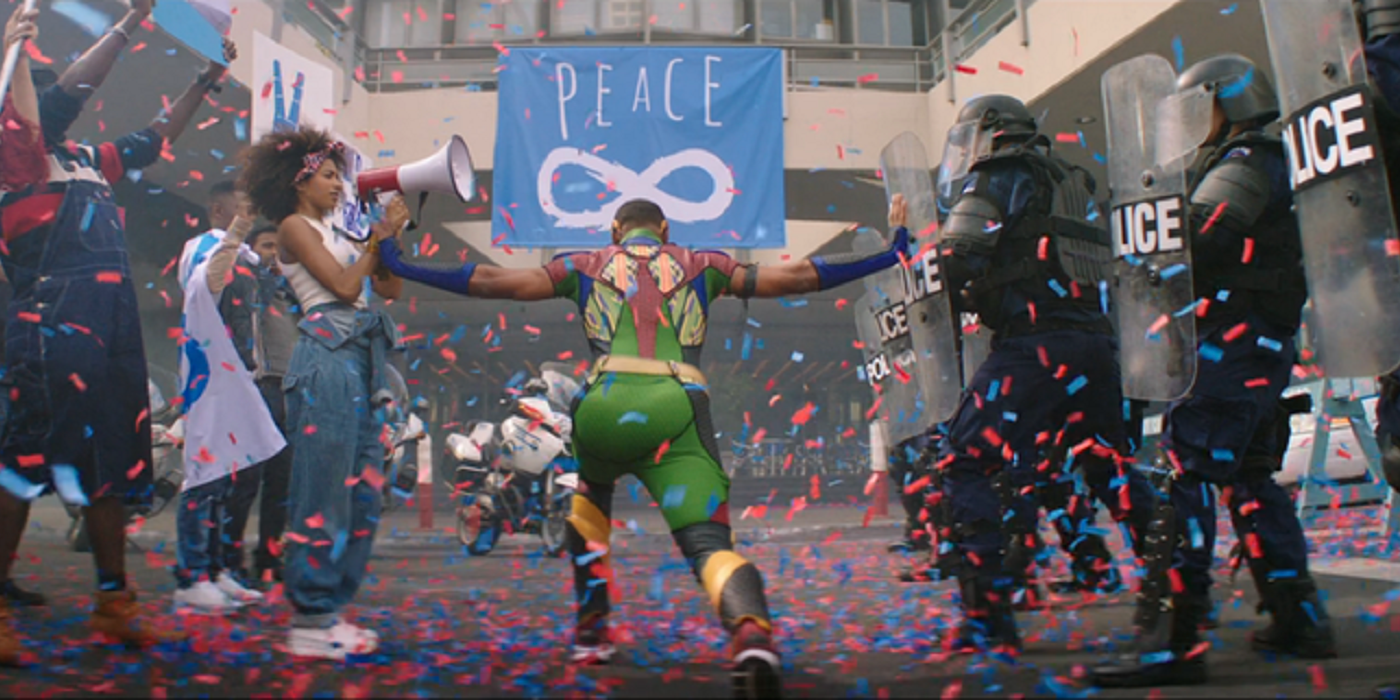 The satire this season has mostly been aimed at the rise of the far-right in America, with Homelander at its Trumpian head. This has made quite a few Homelander stans angry because they didn’t realise he was meant to be the villain of the piece (how?), but I’ll come back to this later. First, I’m going to look at the continued villainisation of Vought as a corporation co-opting social justice movements and generally being tone deaf.

My first issue with Season 3’s satire was The Deep’s rendition of ‘Imagine’ with celebrity cameos aplenty, in the wake of a supervillain attack. We get it, Gal Gadot & co. made an appallingly bad call and they deserve to be laughed at for creating such a cringe-inducing video from their multi-million dollar houses just four days into the pandemic. But as satire, it feels lazy to just copy it. In fact, imitation stops it from being satire at all and puts it firmly in the realm of parody, which isn’t something The Boys has done before and probably shouldn’t again.

I have the same problem with many moments in A-Train’s storyline. I like the idea of him tackling a racist superhero who overpolices Black neighbourhoods as a parallel to the issues with policing in America, but reducing this to Blue Hawk repeating the “Supe Lives Matter” mantra feels cheap. I don’t even want to talk about the beat-for-beat recreation of Kendall Jenner’s Pepsi advert. We get it, Vought is out of touch and will use any hero’s cause, however noble, for marketing. This kind of on-the-nose parody is condescending to the viewer, and assumes that we didn’t get any of the satire in previous seasons. Maybe the Homelander stans needed that push, but for everyone else it feels forced. 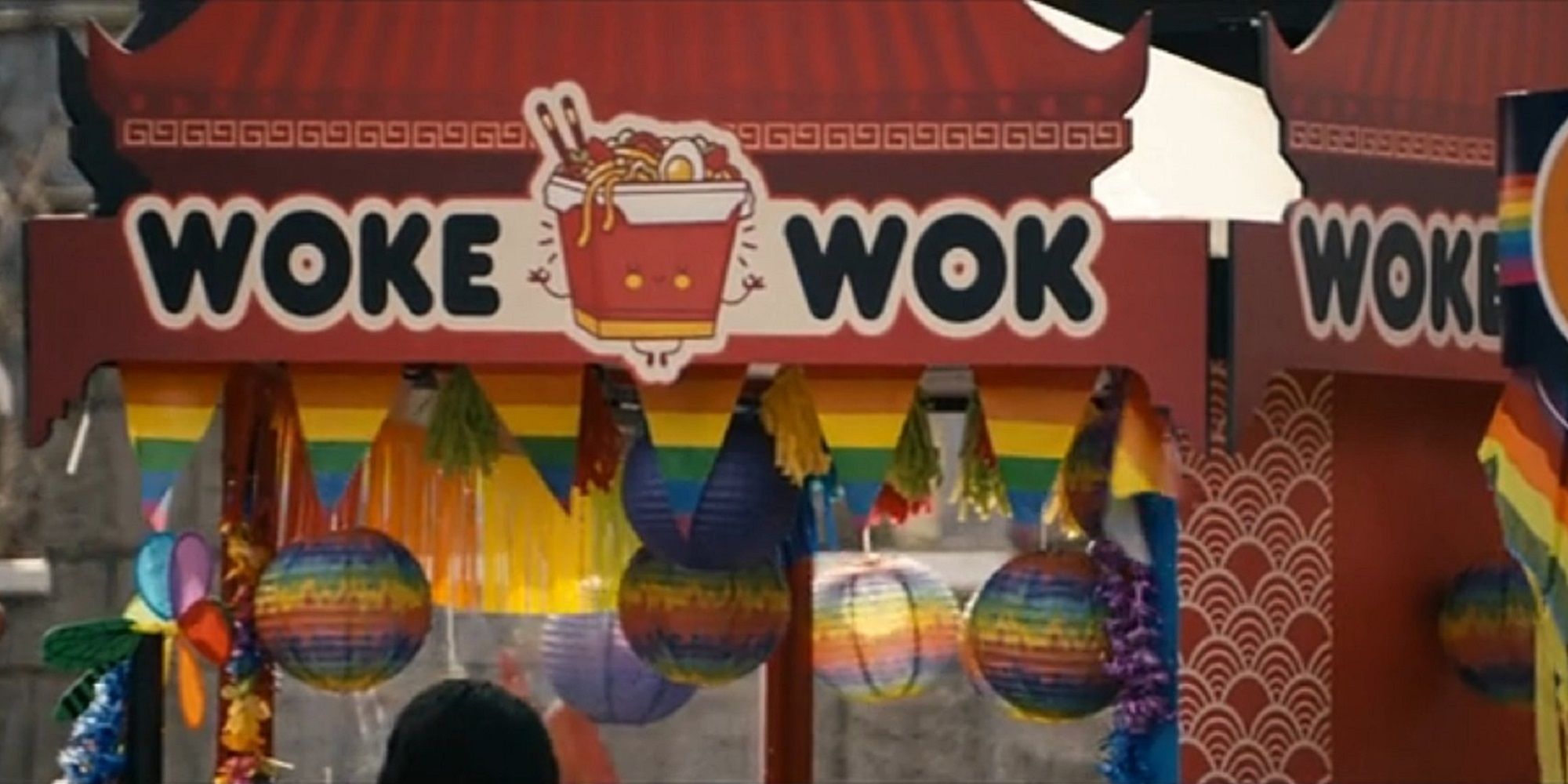 Compare these instances to the satire in Season 2, where Maeve doesn’t want to come out as bisexual because she knows that it will be used against her by Homelander and exploited for marketing by Vought. Her plans go awry and Homelander outs her (incorrectly) as a lesbian, and Vought immediately seeks to capitalise on her sexuality, hoping it will silence claims about the Seven’s lack of diversity and improve Maeve’s popularity percentage. This culminates with a scene where PR is trying to tell Maeve to present as lesbian rather than bisexual as it’s easier to sell, and tell her girlfriend to dress in a more masculine way to conform to Maeve’s fans’ expectations and stereotypes. The scene shows how minorities are exploited by corporations and the strain it puts on Maeve’s relationship gives it a human aspect too. You care about her relationship, and you want her to stand up for herself in the face of such corporate cruelty.

Come Season 3, Maeve’s sexuality has been marketed by way of a theme park. Brave Maeve's Inclusive Kingdom is what would happen if Mickey Mouse shit out a rainbow, complete with his half-digested ‘Systematically Oppressed Tacos’ and ‘BLM BLTs’ on sale. It’s not subtle in the slightest, and this heavy handed satire is sadly indicative of the change from Season 2 to Season 3. That’s not to say Season 2 was completely subtle with its satire; Stormfront was literally a Nazi! But this time around, it feels like The Boys trusts its viewers less and ends up like that friend who explains every joke they make when you don’t laugh, but in reality the joke was just a bit shit.

As much as I’ve ragged on the satire this season, I did enjoy watching Todd’s descent into conspiracy theories and far-right narratives. He’s the stepfather to Mother’s Milk’s daughter, so there has always been some animosity between the two, but MM sees the far-right narrative pushed by Homelander will be especially dangerous for his Black family. Todd starts off defending Homelander, who he sees as just a good guy trying to save the world, but he soon starts repeating the supe’s anti-mainstream media rhetoric and eventually dives headfirst into conspiracy theories about Starlight trafficking children. 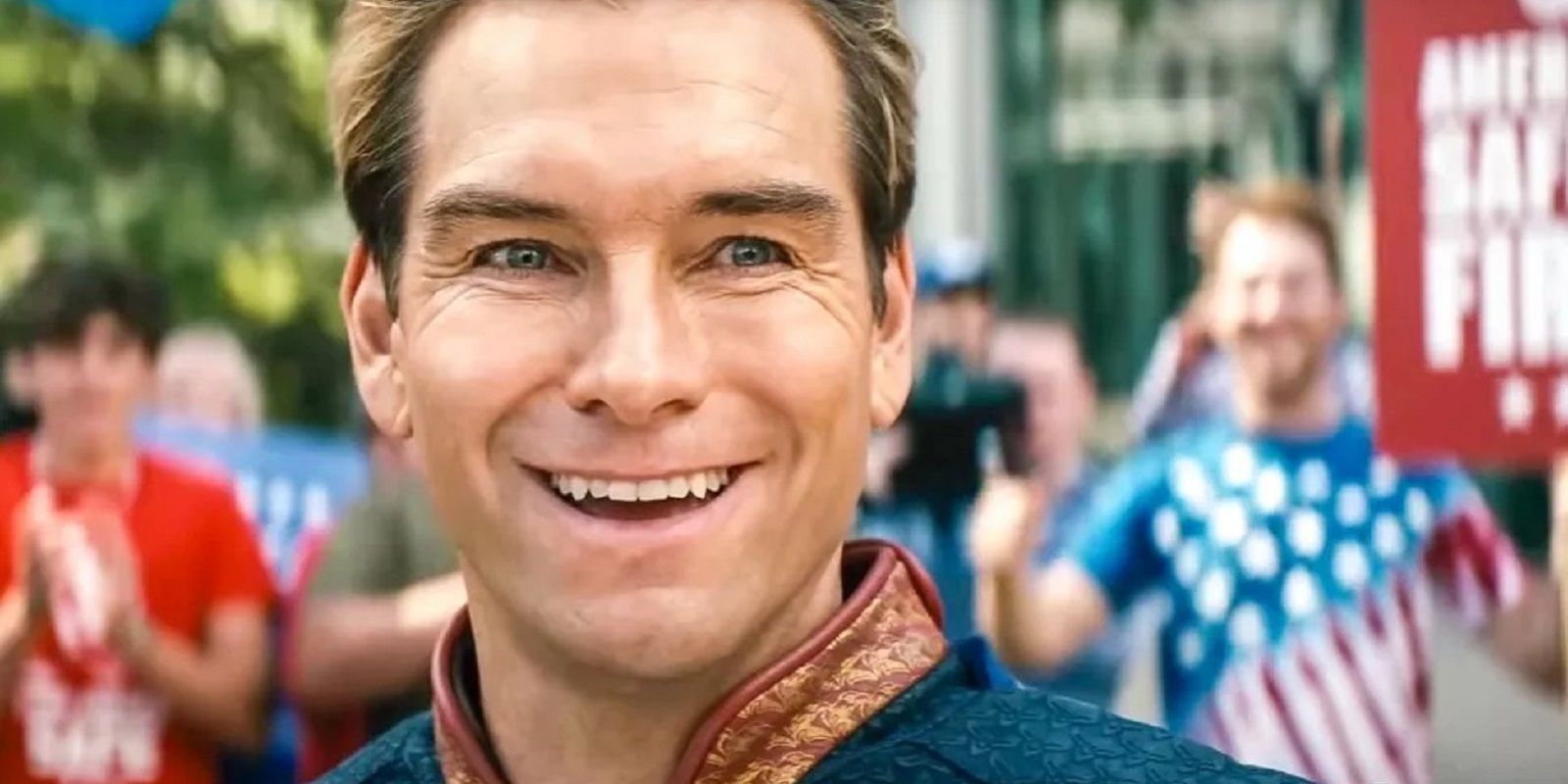 This downward spiral isn’t exactly subtle either, but for the most part it sticks to satire instead of straying into parody. However, this all falls down in the final episode, where baying mobs of pro-Homelander protestors try to storm Vought Tower, which is defended by pro-Starlight protestors. It’s clearly satirising the January 6 insurrection, until it steps over that satire/parody line by including an extra wearing the same furry, horned hat that protestor Jacob Chansley infamously wore when storming the US Capitol. I already believed that Todd had been so radicalised he was cheering and whooping at Homelander’s murder of a pro-Starlight protestor, the dude in the silly hat just dispelled any sense of immersion.

The Boys has always been about savagery and satire, but when the execution of the latter is fumbled so badly, what’s left? It’s the same ‘superheroes are arseholes’ shtick as everything else, just with some references to real-life events that make you do the Leonardo di Caprio point at the screen meme. The only difference between The Boys and the latest Marvel flick is that you’re pointing at things that really happened rather than the next superhero to get their own spinoff show. Unless they buck the trend in Season 4, The Boys has become the very thing it set out to satirise in the first place.