Since its inception, Mortal Kombat has carried with it a sense of brutality. Seeing its share of controversy and censorship, the franchise has always been associated with video game violence, but one segment of its formula stands out as the most bombastic and iconic: the fatality. 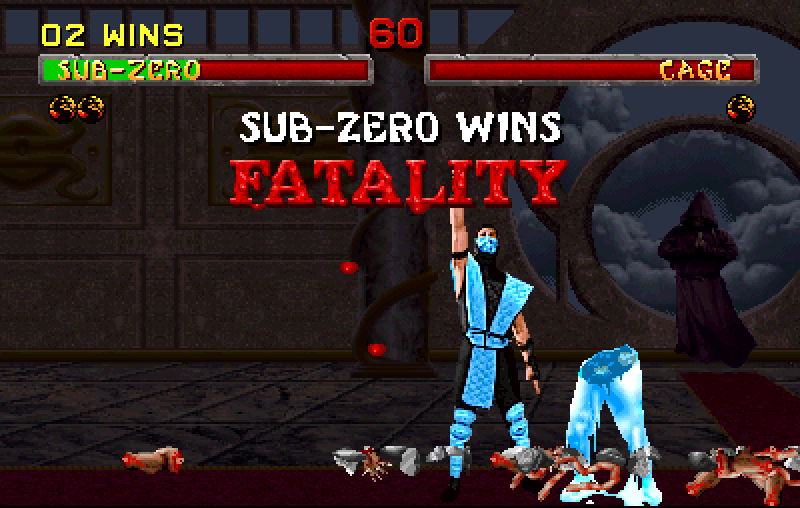 Serving as the way to put an exclamation point on a victory, fatalities take Mortal Kombat’s trademark blood and gore and crank it to the next level: seeing the defeated character executed as if a gladiator in the arena. The “Finish Him!” command given to players prior to the window to perform a fatality has become synonymous with the series itself.

As series co-creator Ed Boon tells us, however, the franchise’s signature finishing moves were inspired by another series. “We didn’t have fatalities in mind when we started the first Mortal Kombat game,” he says. “Oddly, the idea for fatalities came from the dizzy feature that was in another popular fighting game. [Boon wouldn’t specify, but likely means Capcom’s pioneering Street Fighter series – Ed.] I personally loved getting my opponent dizzy because it was really fun getting a free hit that you knew they couldn’t block.” 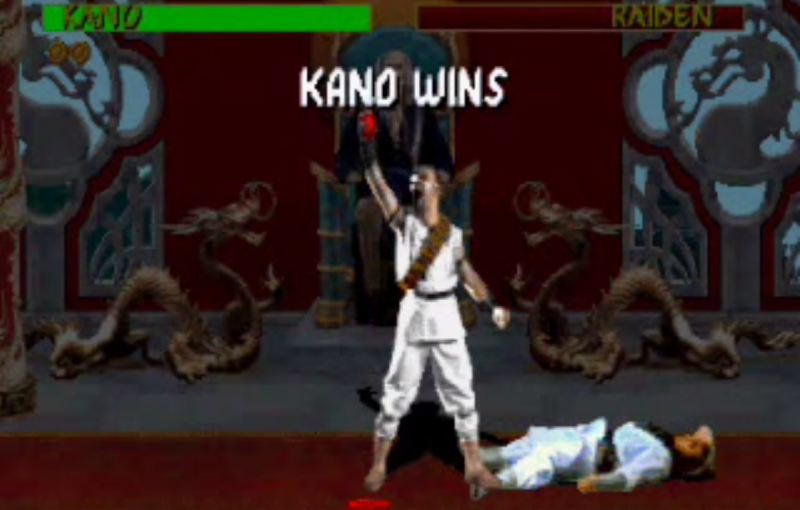 Though Boon loved being able to land an unblockable attack, he was less fond of it happening in the middle of a match. “I hated it when someone would get me dizzy, because I knew there was nothing I could do and I had to just sit there and take my punishment,” he says. “So, we decided to move that portion of the game to the end of the match, where the winner was already determined. That’s why the loser goes into a ‘dizzy’ animation and the winner gets a free hit at the end. We had that in the game for quite some time when we just thought, ‘Wouldn’t it be cool if you could do something really devastating to the other guy as the final blow?’ That’s how fatalities were born.”

Originally, the idea was only going to be applied to Shang Tsung. The final boss was set to decapitate those who fell to him, but series co-creators Ed Boon and John Tobias decided that it would be better if players could perform these life-ending actions themselves. 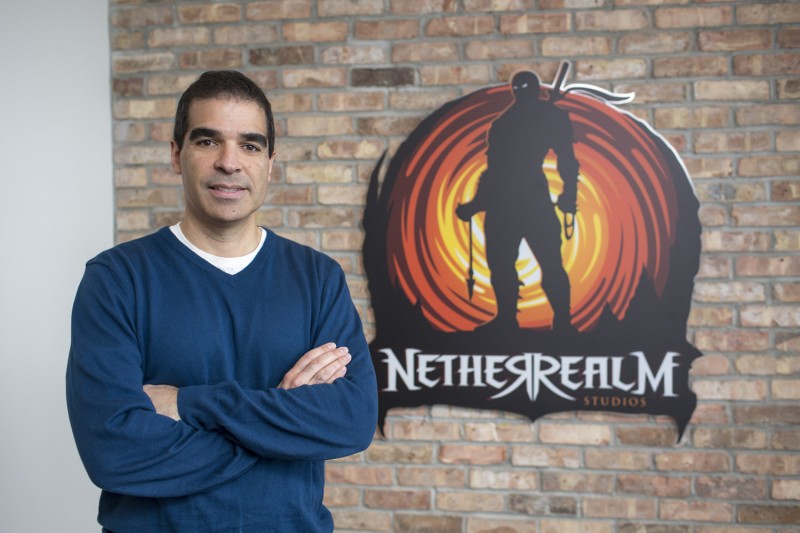 Despite the cool factor of the fatalities, the team decided to keep their existence more of a secret than other parts of the game. “We purposefully didn’t document how to execute the move, which would add another layer of mystery and intrigue to it,” Boon says. “People would have to discover and share how to perform them. This was part of the magic of fatalities. They were exciting, cool, over-the-top, and most people didn’t know how to execute them.”

In Mortal Kombat: Armageddon, Midway included the option to replace a character’s normal fatality with an improvised one driven by button combos. Every input extends the fatality by a new move, but each successive window to input button commands is shorter than the last. The feature did not appear in any games outside of Armageddon.

The decision not to document the moves seemed to worry Tobias. “At the time, we thought these button and joystick combinations were going to be so hard that nobody would ever figure them out,” he said in Steven L. Kent’s The Ultimate History Video Games.

Once the idea for fatalities was in place, the team needed to design these punishing finishing moves for each character. Through much of the series’ history, character fatalities were drawn out by Boon as stick figures using pen and paper. Though that creative process has remained similar at its heart – now Boon uses a tablet that allows him to drag and reposition his drawn stick figures – the rest of the process has matured alongside the series.

“The first Mortal Kombat game only had seven characters, so it only had seven fatalities,” Boon explains. “We weren’t sure exactly what we had, so there was no official process of making them at the time. It was pretty much somebody coming up with an idea and then, if we liked it, we started putting it into the game. A very unofficial process.”

Fatalities have continued to one-up those that came before them. With each successive entry, Boon and his team work to make the fatalities more involved and creative. This is evident in the newer entries of the franchise like Mortal Kombat X and 11.

“They are much more elaborate now, last longer, and involve a much bigger production to create,” Boon says. “Because there are so many, the ideas come from numerous people on the team. You never know what crazy sequence some random team member might come up with. We don’t care where the idea comes from as long as it’s unique, entertaining, and will get a big reaction out of players.”

“Cassie Cage’s bubble gum fatality [in Mortal Kombat X] is a good example,” Kirtzic says. “The first beat is her shooting them in the leg, the second beat is shooting them in the head, and the third beat is putting the bubble gum into the head. It’s just making sure we follow a good sequence and there’s always a good laugh or two that follows with them.”

“Now that we have so many characters with multiple fatalities, the process of creating them is a much bigger task,” Boon explains. “Now, they are put together by combining two or three big moments into one action that seems to flow or make sense. The main ingredient is that those events are something that are over-the-top and provide some amount of entertainment or shock.” 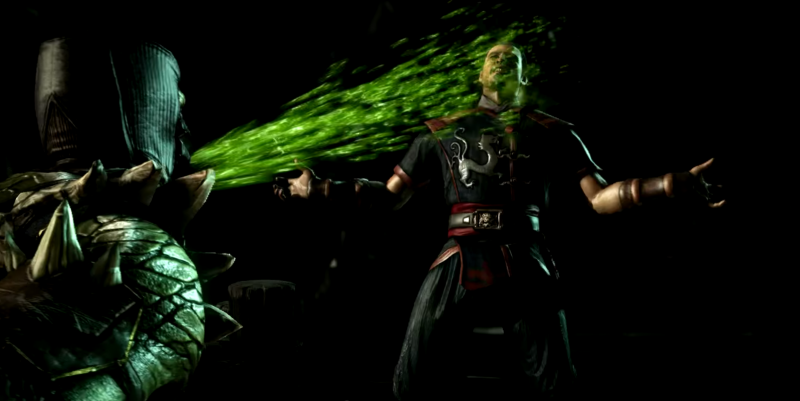 In the early ’90s, blood flying from a freshly punched fighter was enough to shock some and, when combined with the over-the-top nature of the fatalities, Mortal Kombat became a controversial title in the young video game industry. Though games like Mortal Kombat and Night Trap are tame by today’s standards, these titles resulted in congressional hearings that eventually led to the founding of the video game ratings board, the ESRB.

Despite knowing that this could negatively impact violent games like his, Boon was glad the industry was taking action. “Part of us kind of realized that it was something that was becoming necessary because graphics were becoming a little bit more realistic,” he told us in 2010. “All of a sudden you could depict violence and blood and all that. I remember when people were playing the game in the arcades, I was thinking, ‘Wow, this is really a violent game, and young kids can just walk into the arcade and play it.’ There was something that seemed kind of wrong about that.”

Though the rating system spawned from fatalities had a serious impact on the industry, Boon insists the moves were not meant to be taken as such. “Fatalities were never intended to have a serious tone,” he explains. “We just wanted to show a big spectacle that would shock and entertain the player.”

A Return To Bloody Form

Following the series’ 3D trilogy, which consists of Deadly Alliance, Deception, and Armageddon, Midway teamed with DC Comics to release the tamer Mortal Kombat vs. DC Universe, one of the few entries in the series to earn the ESRB’s “T” rating.

Prior to that, however, Boon told us he was looking at rebooting the series with a grittier look inspired by the Gears of War franchise. “To me, when I saw Gears of War, I was like, ‘Holy s—! That’s the look that we’ve been talking about.’ Visually, that’s what we want to do,” he told us in 2007.

Though MK vs. DCU came out in its place, Boon got his wish in 2011, when the newly formed NetherRealm Studios returned Mortal Kombat to its bloody roots. The title not only rebooted the story, but changed the visual style, returned the fight mechanics to 2D, and took fatalities to the next level.

Other Ways To Finish Them

The fatality has grown and changed over the course of the series’ run, but the core concept remains the same: delivering a satisfying end to a hard-fought battle.

The popularity of fatalities in the first game drove the team to expand the concept in subsequent entries. In 2011, Boon told us that he felt the different kinds of “-alities” got out of control. “It became this expectation of ‘what kind of -alities are we gonna add to every single one?’ That just became such a distraction from the normal fighting that we figured that we obviously can’t add an -ality to every single fight.”

Check out the different kinds of finishing moves the team has experimented with over the years. 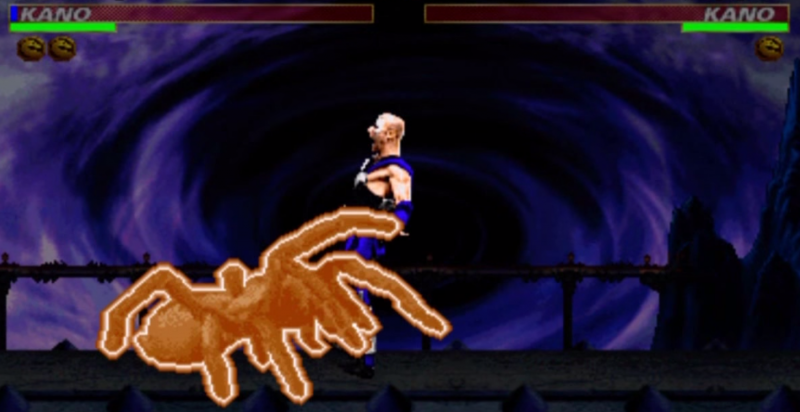 The idea of animalities came from fans that spread false rumors about different kinds of finishing moves in the Mortal Kombat games. The team liked the idea of the winning character turning into an animal to kill their opponent and decided to put animalities in Mortal Kombat 3. Animalities were removed from the series due to the difficulty of animating the transformations using the 3D models that started in Mortal Kombat 4. 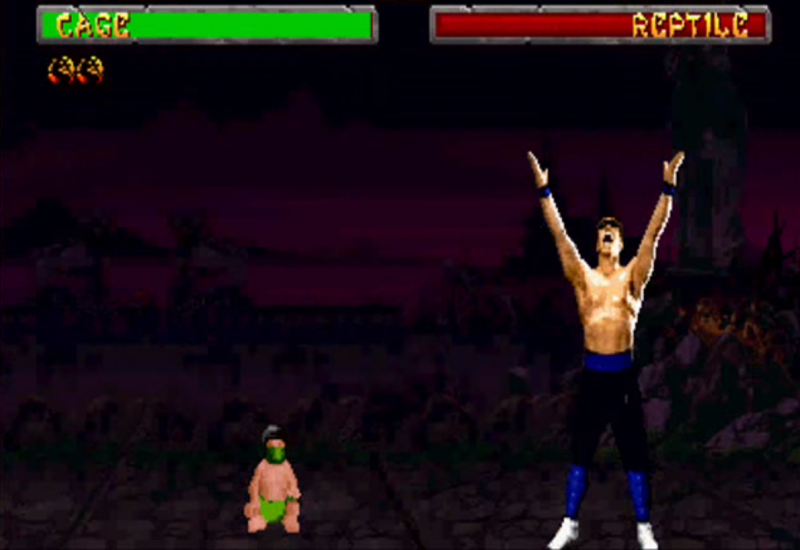 Babalities’ inspiration came from sound programmer Dan “Toasty” Forden, who thought it would be a funny addition. The move sees the victor turning his or her opponent into an infant decked out in miniature versions of their normal clothes. Babalities disappeared after 1996’s Mortal Kombat Trilogy, but returned in 2011’s Mortal Kombat reboot. 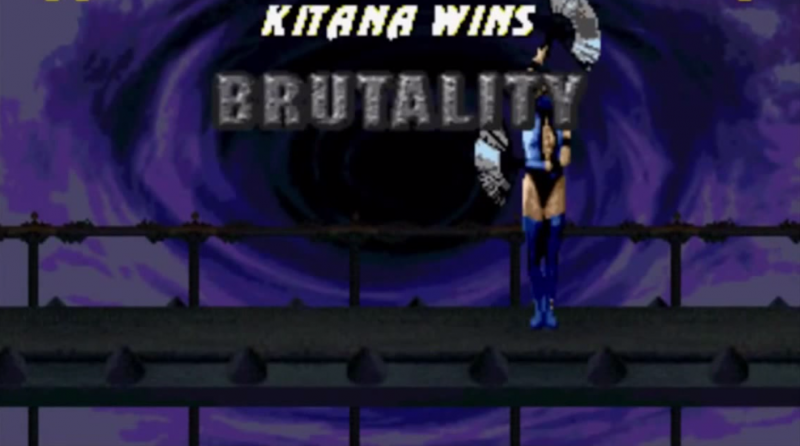 Brutalities, which first appeared in console versions of Ultimate Mortal Kombat 3, gave players the option of performing an extra-long button combination instead of a traditional fatality. Though the high difficulty and low payoff made the moveset largely disappear from the franchise shortly after its debut, a revamped version of the brutality returned in Mortal Kombat X and Mortal Kombat 11. 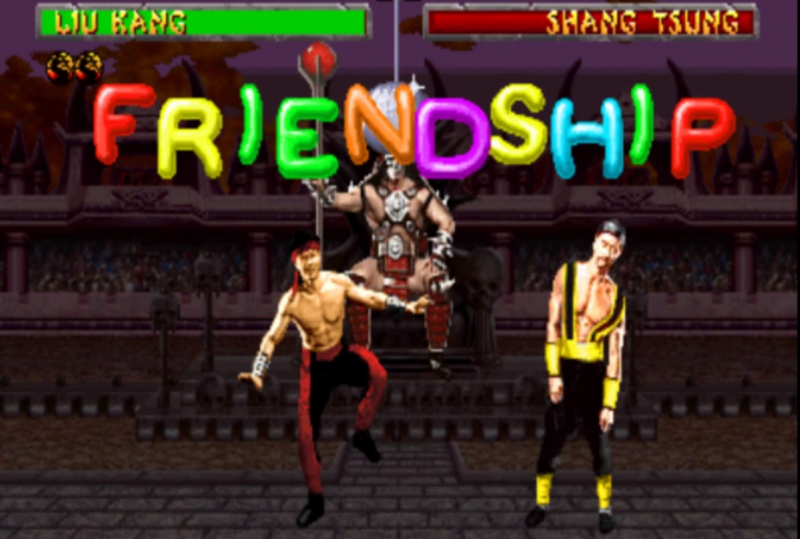 In response to the controversy surrounding the fatalities in the first Mortal Kombat, Midway gave players the ability to perform acts of kindness and humorous movements instead of the normal killing blow in Mortal Kombat II. For instance, Kung Lao pulls a bunny out of his hat, Shang Tsung presents a rainbow, and Liu Kang dances. 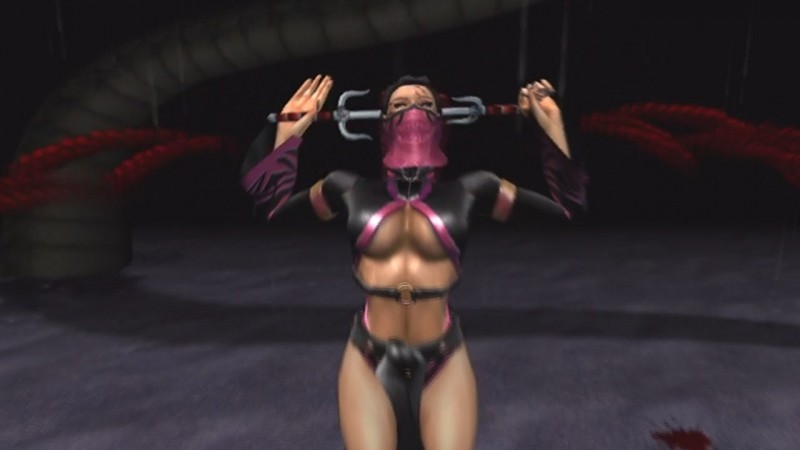 In Mortal Kombat: Deception, Hara-Kiri moves allowed defeated characters to take their own lives rather than suffering at the hands of their opponents. The moves were implemented to create a race-like mechanic to see which player could perform their finishing move first.

This article originally appeared in the May 2015 issue of Game Informer. It has been updated with minimal timely references to reflect new entries of the series.