The Correct Order To Play Every 2D Zelda Game

It’s Zelda season, folks. Tears of the Kingdom, the de facto GOTY, is still four months away, which means you have plenty of time to saturate yourself in The Legend of Zelda as you eagerly await its arrival. Many will be jumping back into Breath of the Wild for a second playthrough ahead of Tears of the Kingdom, but I don’t recommend it. Rushing through a game to prepare a sequel is a trap I’ve fallen into many times, and it typically leads to burn out and fatigue before you even get to start the game you’re really looking forward to.

Instead, why don’t you steer clear of 3D Zelda altogether and get back to Link’s roots. There’s a rich history of 2D Zelda games you probably haven’t revisited in years, if not decades, and they might just be exactly what you need to satiate yourself until Tears of the Kingdom finally arrives. The only question is, what’s the best order to play them?

Common sense says to work through them chronologically starting with the first one, but here’s where I hit you with my first hot take: don’t play The Legend of Zelda. The 1986 NES game is a relic of the past and that’s where it should stay. You may think you need to respect the series’ history, but the original Zelda is confusing, punishingly difficult, and almost impossible to complete without a guide. Starting with this one will almost guarantee you don’t make it through the rest. You should also skip The Adventures of Link, but most people already know that.

The best way to get acquainted with the beginning of the series is by starting with A Link to the Past on the Super Nintendo. This is where the formula was solidified, and the gameplay holds up remarkably well even by modern standards. A Link to the Past comes with your Nintendo Switch Online subscription, but if you can get your hands on a SNES Classic, even better. 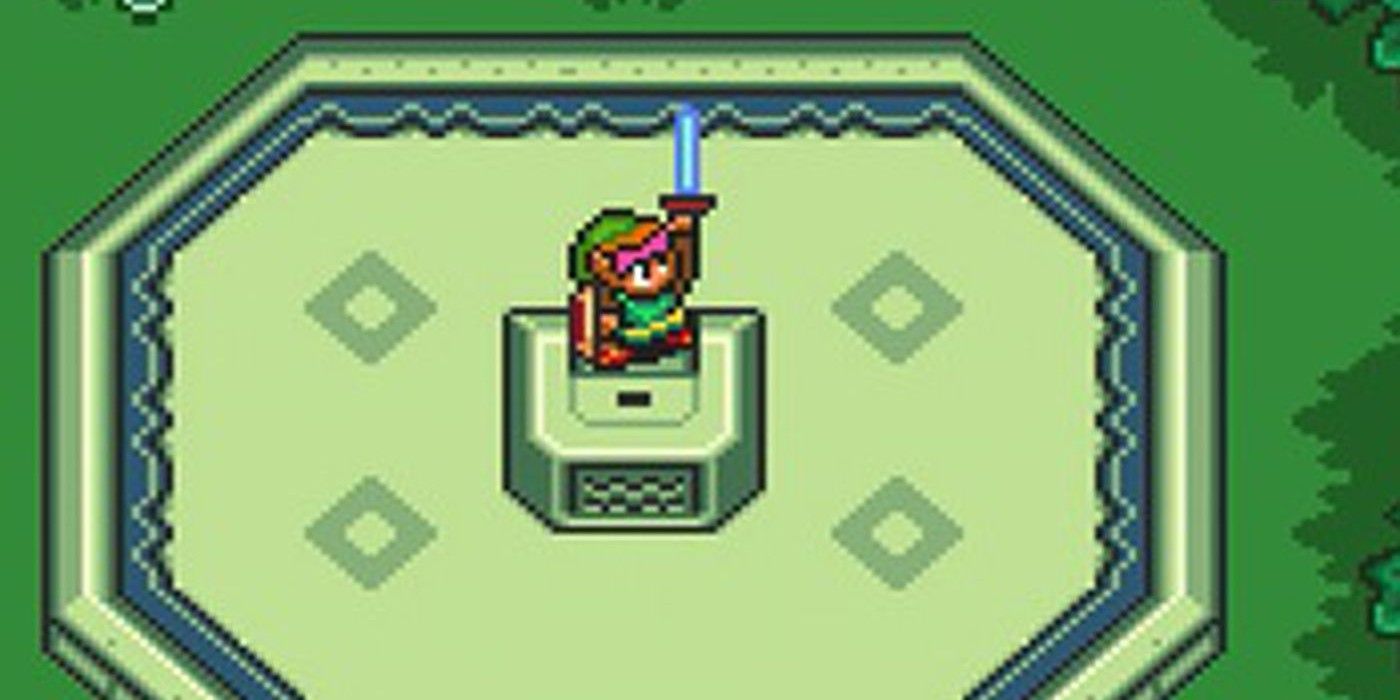 There is a spiritual sequel to A Link to the Past called A Link Between Worlds, but it’s such a huge departure from and deconstruction of the series that you’re better off saving it for later, and working through the rest of the classic games in the meantime. Instead, head to Oracle and Seasons and Oracle of Ages. These Capcom-developed Game Boy games are considered by many to be the best in the entire series. Released simultaneously, the Oracle games have an interconnected story that changes depending on which game you play first. They play very similarly to A Link to the Past, but with more emphasis on characters and story. I replay these games more often than any other Zelda because they’re just that good.

Next you’ll want to round-out the Capcom Zelda trilogy with The Minish Cap. This one can be divisive, but I’ve always considered it to be one of the most beautiful games on the Game Boy Advance. If you love sharp sprite work and dense pixel art environments, you’ll find a lot to appreciate here. It has a shrinking mechanic that adds a lot of variety to exploration, and introduces my favorite Zelda weapon, the Gust Jar. 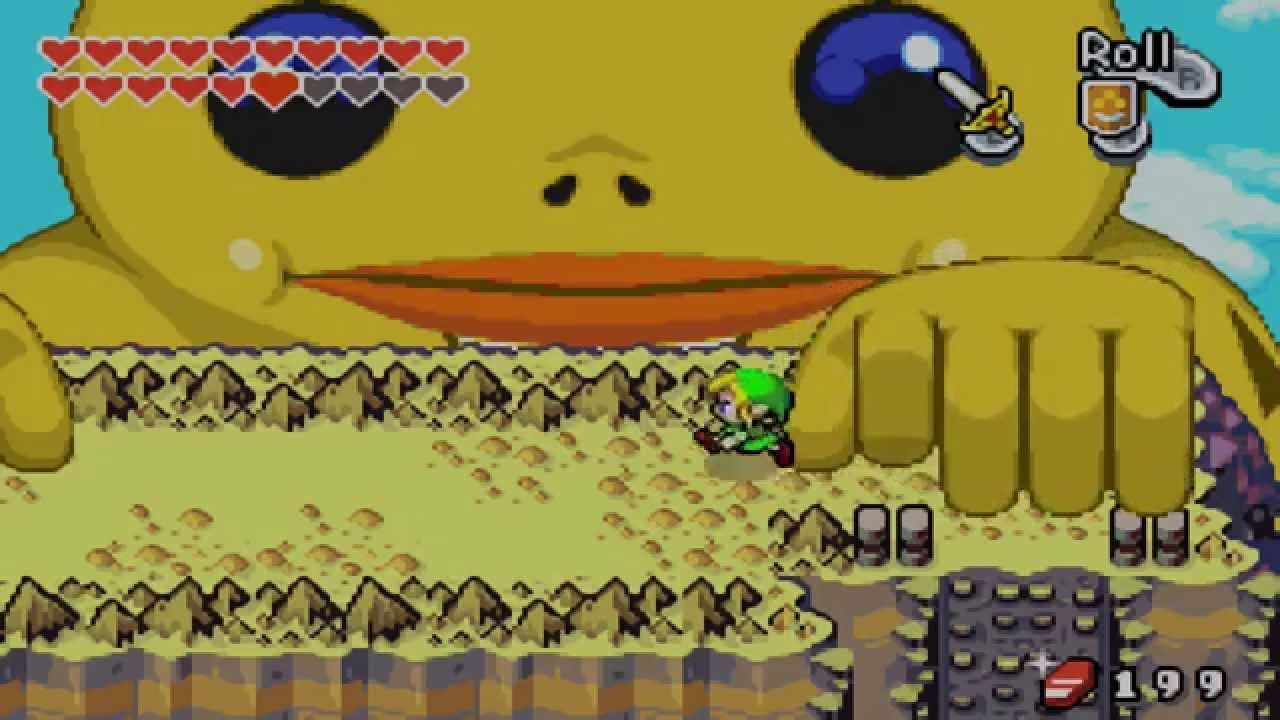 Your next stop is the most recent entry, Link’s Awakening, which is a remake of the fourth The Legend of Zelda. Still with me? Link’s Awakening Remake may have some performance problems on the Switch, but it's still an exceptional reimagining of the Game Boy game that maintains all of the original level design and puzzles. You don’t need to bother playing the original Link’s Awakening because the remake is so faithful.

Now it’s time to get into A Link Between Worlds, the 3DS pseudo-sequel to A Link to the Past. This one breaks a lot of the ‘rules’ Zelda is known for, but in a way that pays tribute to the series’ history in a clever way. The villain is great, the merge mechanic is unique, and it's the only other non-linear 2D Zelda besides the original. This isn’t an easy game to emulate so it might be the hardest one to get your hands on, but if you still have a 3DS used copies are only about $20.

There are two more 2D Zelda games, but I would consider these optional. Phantom Hourglass is a spin-off of The Wind Waker that has a divisive, repetitive structure. As you progress through the game you repeatedly come back to make progress through a single mega-dungeon, starting over at the beginning with each attempt. It has a lot of stealth sections, timed challenges, and touch-screen shenanigans, and a lot of Zelda fans don’t care for it. I’ve played it twice though, and I still recommend it. 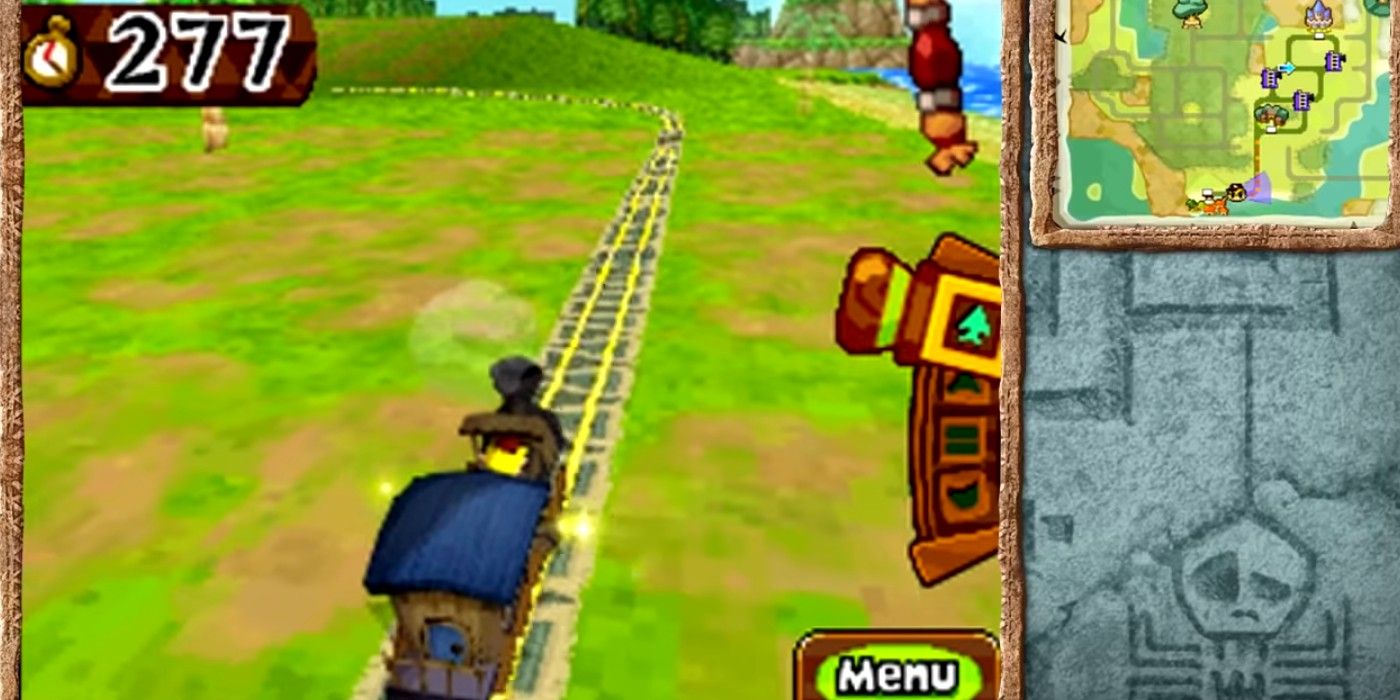 Spirit Tracks, on the other hand, is really only for completionists. If you’ve made it this far you might as well go all the way, but there’s a lot of frustrating aspects of this train-based game. Prepare yourself for a deluge of 3DS gimmicks, including touch screen combat, 3D puzzles, and liberal use of the microphone. The best thing about it is that it’s relatively short.

It may not be chronological, but playing the 2D Zelda games in this order is the best way to experience the series. Tune in next time on a dissertation on the best order to play every 2D Sonic game (hint: we’re skipping three-quarters of them).