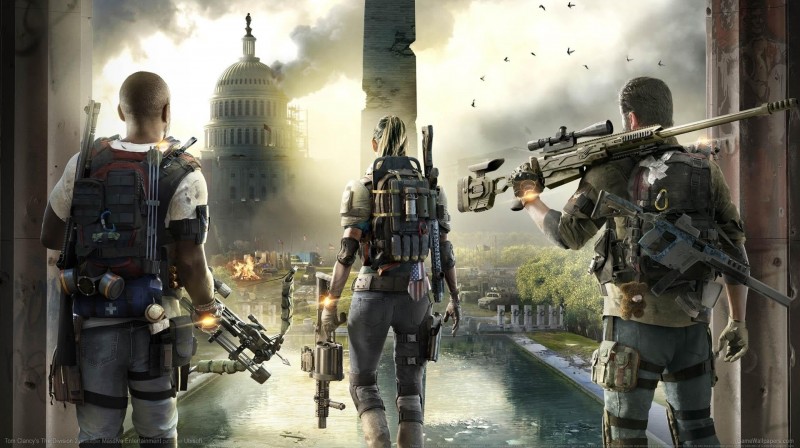 March is typically seen as an odd month in the video game industry. The financial year ends on March 31 for a lot of major companies, while it’s still the end of the quarter for many others. This means that some games get rushed out to make it out before the end of the financial year, while other big titles held to make a big splash just before April’s investor reports. It’s kind of a guessing game figuring out which will do what, but it is interesting to see what games the market responds to in this context.

This year, a number of huge games came from all sorts of directions. The month’s biggest release in terms of sales was undoubtedly The Division 2, based on how well the first game sold overall. The sequel is on track to do just as well, debuting at number one for the month of March. It also instantly rockets to the second best selling game of 2019 and the sixth highest opening for a Ubisoft title. Assuming it keeps selling, and there’s little reason to suspect it will stop, it is a likely candidate to be one of the best selling games of the year by the end of 2019.

Sekiro: Shadows Die Twice debuted at number two, making it the sixth best selling game of the year, and From Software’s second best debut of all time, trailing only Dark Souls III. MLB the Show 19 comes behind Sekiro, setting a record not only for the series, but for the baseball video game genre as a whole.

Interestingly, Borderlands appears at the bottom of the list, likely owing to the remastered Game of the Year edition released abruptly after the Borderlands 3 announcement. Anthem, despite debuting at a solid number one in February, fell out of the top ten entirely in March. Jump Force took a similar tumble from second place to thirteenth. Both games are service titles with expected future support, so the fall might be temporary or it could be an indication that word of mouth dampened long term enthusiasm.

In terms of console sales, Switch took the month of March, as it has the entire first quarter. Going by software sales, the hybrid console looks to still be selling mostly on enthusiasm for Super Smash Bros. Ultimate, though solid sellers like Breath of the Wild and New Super Mario Bros. U Deluxe are sticking around to bolster it. Despite the slightly lower debut for Yoshi this month, it was still the second best selling Switch game, meaning March was an extremely competitive month for software.

Next month’s April sales are a little less exciting of a horse race, all things considered. We will get the first week of Days Gone’s sales, Sony’s newest first-party IP, and we will also get to see if Labo VR caught on any better than the previous sets.