The Division 2 Update 3 PATCH NOTES and server downtime schedule for PS4, Xbox One 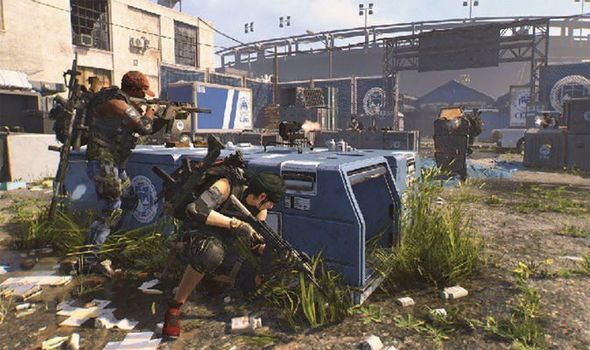 The Division 2 has been taken offline for server maintenance, as Ubisoft releases another big update.

The Division 2 is down for approximately 3-hours, which means it should come back online at around 11.30am BST.

It’s worth pointing out, however, that previous maintenance sessions have ended early, so the game could come back online sooner than expected.

The big news is that downtime will coincide with the release of Title update 3, which is tipped to make gameplay changes.

Ubisoft will post the full list of patch notes for Title update 3 later this morning, although we already have a pretty good idea about what to expect.

The headline new feature is the addition of the game’s first 8-person Raid, which will be playable at a later date.

Season pass holders will also be able to play the game’s first Classified Assignment. Check out the full list of early patch notes below.

• Update 3 will add the first 8 player raid to The Division 2 plus the first Classified Assignment that is exclusive to Year 1 Pass owners.

• These changes are ONLY for PVP content and it will apply to Conflict, Normalized Dark Zone and Occupied Dark Zone.

• They are respecting the rolls on your gear and that means when you had an item with a very high crit chance roll, it will be like that in normalized content.

• The PVP damage modifier will be tuned down and that will bring the Time to Kill more in line to what you experience in PVE. In essence, you have more time to react.

• The Skill Damage modifier will be increased so that they do more damage in PVP.

• Overall the encounters should last longer and the skills should be more useful.

• They have also added a specific ODZ PVP damage modifier.

• This way, they have the ability to specifically fine-tune the ODZ modifier depending on how things develop.

• They will add specific PVP modifiers for specific weapon types.

• For example, they can specifically buff the Assault Rifle in PVP, as of now it sits at 1.25

• That also enables for specific PVP balancing, because the damage of the weapon is overwritten by the PVP Modifiers when you enter PVP content.

• PVE is not affected by this change.

• NDZ and ODZ will drop less clean loot and more contaminated loot, they want players to engage in the Loot Extraction – loop.

• That should also encourage more player movement and not just farming the same Landmark.

• The NPCs in the Dark Zone will be less lethal, but they will also have more armor.

• They removed the Rogue Cooldown when you die

• The Rogue-Toggle cooldown will stay, so you will not be able to spam that.

• Dark Zone Perk was also changed that it will no longer reduce the Rogue Timer cooldown, but you will lose less XP when you die as a rogue agent.

• You will be able to carry more Contaminated items.

• Default is 6 items per bag

• The Dark Zone Perk will increase the bag-size to 10 in total.

• They plan multiple changes to “guarantee” that you encounter 12 players in a Dark Zone instance.

• They are reducing the amount of Dark Zone Brackets to 2.

• Everyone below Character Level 30

• They also lowered the XP loss when you die in the ODZ to players or NPCs.

• Players can weapon swap in Thieves Den to earn Special Ammo for the weapon of their choice.

• The UI will now display the real value of the armor and not a standard value. So when a player has a ton of armor, you will see that displayed accordingly.

• The Boosts (damage and armor) that become active over the course of a match will be lowered by 50%. They should have an impact but not that big as it is now.

• The Skill cooldown will be respected now after you die.

• So when the skill was on cooldown, it will stay on cooldown when you respawn.

• That should also lower the skill-spam

• The NPCs also got a general Health and Damage balance pass to make them less spongy in the higher difficulties and some popular Gear Talents less a requirement.

Other quality of life changes

• Text chat will now lose focus after sending a message

• Group tab will be populated with all raid members

• Added a Neutral Lighting setting to all platforms.

• It has been reported that there is an ammo problem in longer fights.

• To counter that – you will get more ammo drops from enemies when you are low on ammo.

• You now get items that are at your current average Gear Score and higher.

• GS490 items can still be valuable for recalibration, deconstructing, and selling.

• With Title Update 3 you have a clear structure of how to obtain guaranteed GS 500 items.

• The rewards for daily Priority Hard and Challenging missions have increased. Once you reach gear score 500, those activities will guarantee gear score 500 drops.

• Loot has been balanced across the board to reduce the chances of items dropping at a lower gear score than that of your character.

• Recalibration has been changed to allow for the majority of stats to be moved as they are, from one item to another, while making it less likely to reach the cap of the stat moved.

• This should also help you to retain the values you want to recalibrate.

• You can buy blueprints from Inaya al-Khaliq (the crafting NPC)

• The blueprints from other vendors (as well as the weekly vendor) has been moved to Inaya.

• There will now be two new weekly blueprint projects (one per settlement) – so in total, you can earn 3 blueprints per week from those.

• There is also a new Daily Project in the Base of Operations, where you can donate Crafting Materials and then you can get a blueprint from that.

• Increased the base cap for Receiver Components and Protective Fabric crafting materials by 200, meaning that their caps now start at 350 and end at 600 with all material capacity perks.

• Crafted Exotic weapons will now always upgrade to the maximum Gear Score of the World Tier they are crafted in when the Upgrade Blueprint is used.

• When you are not going specifically for a Skill Power build, they are introducing a new “AUX Battery” mod for specific skills. (Turret Aux Battery for example)

• AUX Batteries can be equipped in the Skill Mod Slots and they provide you with Skill Power for that specific Skill.

• This should allow you to get higher Skill Mods in the remaining slots working.

• This way you are sacrificing 1 Mod-Slot for the battery, but you can get the high-end mods working that you would not have been able to use otherwise.

• You can find AUX Batteries as drops or if you craft a random Skill Mod, you can also get it from there.

• The following Commendations have been removed:

• Distinguished Service Ribbon: For 30 consecutive days, on each day play for at least one hour and complete one mission.

• Division Service Merit: For a total of 100 days, on each day play for at least one hour and deliver 20 resources to control points.

• Vanity patch will be added for those that have already earned the removed Commendations.

• The following Commendations will be added for Operation Dark Hours:

• Supreme Response Distinction: Complete all main missions and Strongholds on Hard difficulty (or above).

• Exotics are having their damage increased across the board.