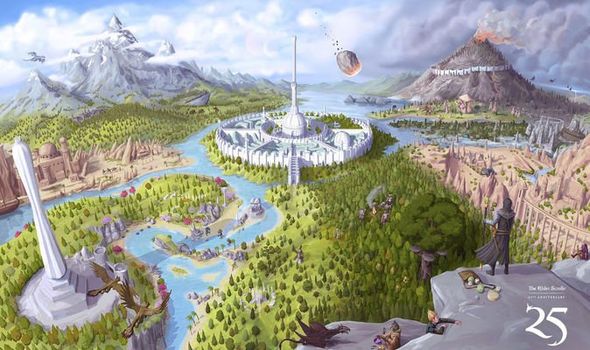 If you’re a fan of The Elder Scrolls III: Morrowind and Bethesda Softworks, today is filled with good news.

That’s because the famous studio has made Morrowind a free download that can be claimed by anyone with a Bethesda account.

It’s all part of celebrating 25 years of The Elder Scrolls series, with Morrowind first released in 2002.

To claim Morrowind as a free download, you have to log into your official Bethesda account and then head over to the official page and claim the offer.

Fans will need to input the code TES25TH-MORROWIND to finalise the purchase, making it available on PC.

But time is running out to grab the free copy of the game, as Bethesda has set a very limited window for its release.

Fans only have until the end of today, March 25, to grab the game from the official Bethesda website.

The countdown is on before the game reverts back to its normal place in the Bethesda Store. And this won’t be the only event Bethesda will be hosting to celebrate the Elder Scrolls in 2019.

Bethesda Game Days will be taking over Laugh Boston & M.J. O’Connor’s Irish Pub on Friday, March 29, and Saturday, March 30, for a two-day celebration

And if you can’t attend in person, fans can watch everything on Twitch, YouTube and Facebook Live.

Twitch viewers will be able to earn rewards for both ESO and Legends, including a Premium Legendary card from Houses of Morrowind and one Ouroborus Crown Crate each day we are streaming.

Other Elder Scrolls celebration events include: