Is there any nobler an endeavor than road tripping to save the world’s best boys and girls? I don’t think so. That’s why The Last Friend should go on your Steam wishlist as soon as you’re done reading this article.

The world has ended in The Last Friend. We don’t know why and we don’t know how, but we’re getting a very Mad Max vibe from the barren wasteland that stretches as far as the eye can see.

You play as Alpha, a dude with a beard who can–for some reason–talk to dogs. He lost his most precious pupper as a child (possibly due to whatever ended the world), so when he spots a corgi pup being dognapped by a bandit, he’s compelled to beat the guy up and take the dog for himself. 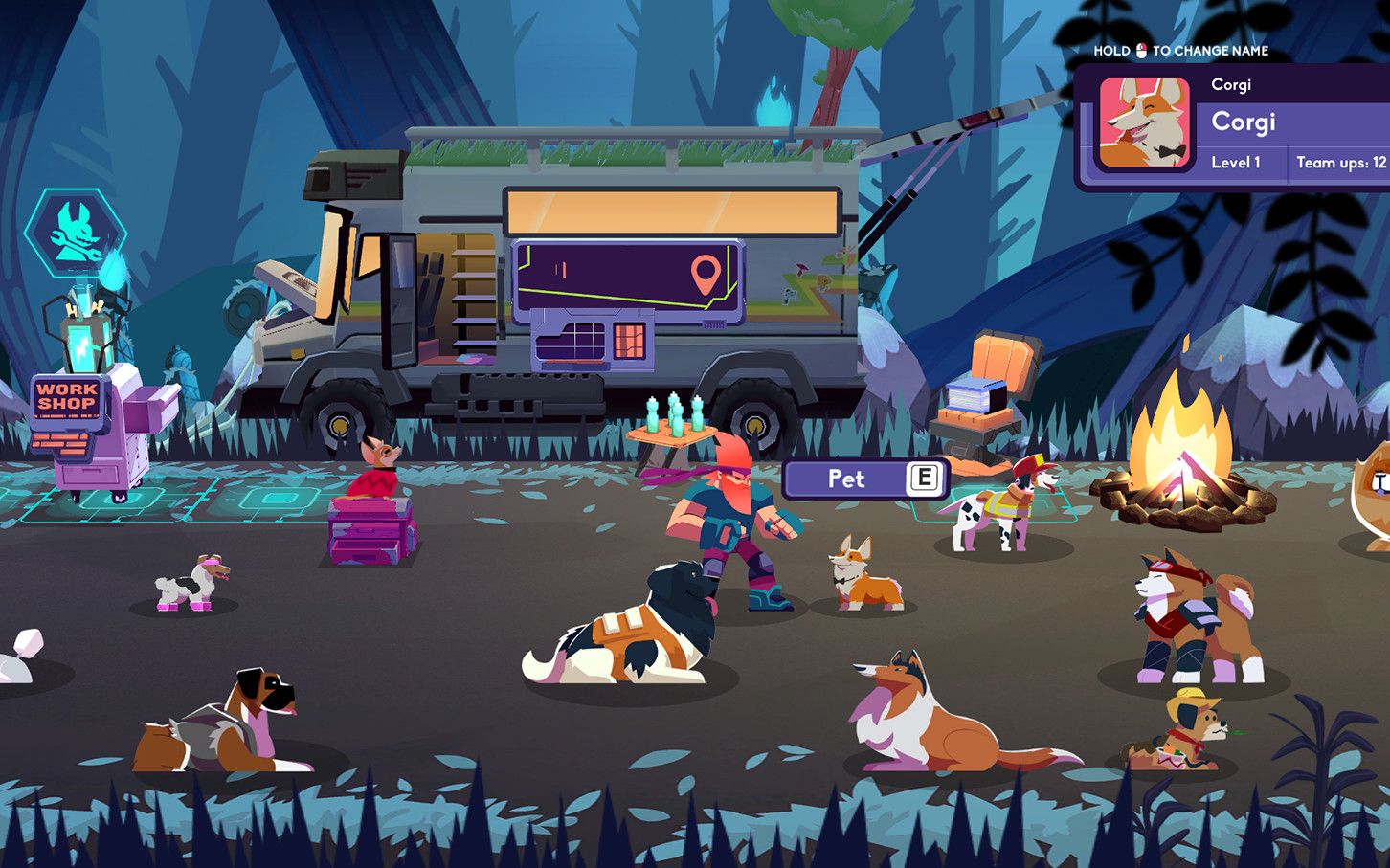 Alpha names the corgi T. Juan, who says that dogs have been disappearing all over the wasteland! It’s up to Alpha to find them, save them, and figure out what the heck is going on.

The name of the game is saving dogs, and to do that, you’ll need to arm your RV to the teeth with automated turrets, wire traps, and steel walls. To find those lost dogs, you’ll venture out into the wastes where you’ll have to rely on your fists and the passive bonuses provided by your menagerie of puppers.

According to the trailer, there are at least 28 dogs to save in The Last Friend, ranging from a boxer, poodle, Newfoundland, Tibetan mastiff, collie, chihuahua, and more. Each has its own passive bonus to boost Alpha’s power. For example, the jack russle increases Alpha’s stamina generation when using basic attacks, while T. Juan the corgi increases Alpha’s attack damage while at low health.

Both your dogs and RV are upgradeable, albeit in different ways, which is a good thing since you’re constantly under attack from mutants, bandits, and evil people trying to steal your doggies.

The Last Friend arrives sometime in 2021 for PC via Steam. Pricing and release window to be announced at a later date.