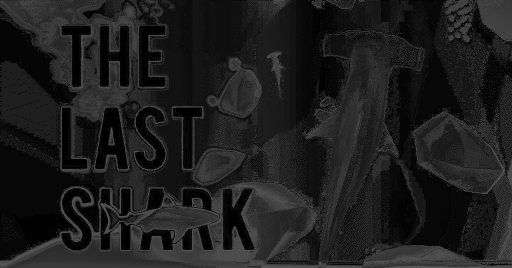 2020 Oculus Launchpad project, The Last Shark, can now be played on Oculus App Lab. It’s brief, but packs some interesting ideas and an emotional gut punch.

The Last Shark is a stealth-action game set in a future in which sharks have become all but extinct on Earth. You start out swimming alongside the two last hammerhead sharks in the wild, a mother and her child. When they’re captured, you set about saving them in a short stealth segment.

Developed by Tejas Shroff of the one-person Aperion Studios, The Last Shark is very simple but has some interesting ideas. You track your friends down to a camp where they’re being sold to the highest bidder. There’s a small area to sneak through, and you can take enemies down by quickly hitting three pressure points on their back when making a fist.

It’s an interesting substitute for simply knocking them out with the wave of a hand and gives the stealth some much-needed order. While it’s far from the most complex stealth experience in VR, there are definitely some ideas here that others should take note of.

But it’s the end of the demo that packs a pretty hefty punch, confronting players with the brutal realities of this auctioning setup. I don’t want to spoil it here (you can see the full demo above), but it’s an unnerving and uncomfortable moment, even if the experience ends on a more hopeful note.

You can try out the demo for yourself right here. Even though this is a demo, Shroff told UploadVR there wasn’t likely to be any more content added to the project, but he is now working on another VR project that we’ll be on the lookout for.

Have you tried out The Last Shark? What did you make of it? Let us know in the comments below!