The Most Exciting Games Of Gen Con 2019

Tabletop gamers by the droves converge every year in Indianapolis for a celebration of the hobby at the mammoth Gen Con event. Long-anticipated games are released, expansions detailed, and thousands of players demo and play games of all types. Even now, the 2019 show is underway, and new information on some of the coolest board, miniature, card, and role-playing games is emerging.

The hundreds of projects on display mean that it’s impossible to create an at-a-glance examination of the convention. But here are a few of the new announcements, reveals, and hands-on experiences from game makers that have gotten big early buzz in the first couple days of the show.

I hope to update this story next week with additional games; this initial rundown is heavy on announcements and a few of the especially anticipated projects of the convention.

Fantasy Flight has a long string of successes to its name with its living card game formula, in which a core starter game is followed by regular static expansions with consistent card inclusions. Unlike CCGs, you know what you’re getting in each pack, and can follow along and grow your game in the way you want. The latest franchise to receive the treatment is the stable of Marvel heroes, with the announcement this week of a new game; Marvel Champions is a cooperative card game in which you take on the roles of characters like Black Panther and Spider-Man as they fight to stop villains like Rhino or Ultron. The scenario-driven sessions and decks unique to each villain help each playthrough feel different. Equally exciting, we know from previous living card games to expect a long follow-through of new expansions in future months, growing the story and adventures of your heroes. 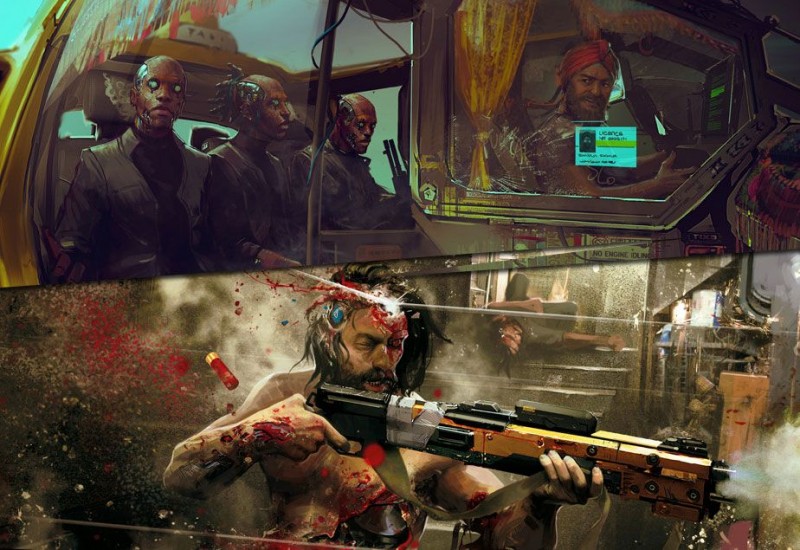 Cyberpunk 2077 is undoubtedly one of the most anticipated video games on the horizon, so there’s good reason to believe that this newly announced project from designer Eric M. Lang (Blood Rage, Rising Sun, Bloodborne: The Card Game) will pique the curiosity of many. With an announcement timed concurrent with the big show, the card game (coming in 2020) focuses on a drafting mechanic in which players – controlling the “Fixers” of the Cyberpunk world – confront challenging choices as they acquire new cards, since they’re always working with an extremely limited set of funds. Getting a much-needed new card might require getting rid of an old one to afford the benefit. The project already boasts some evocative art, and there’s no shortage of great fictional backdrops to flesh out the experience. Now we just have to wait to learn if there’s a Keanu Reeves card. 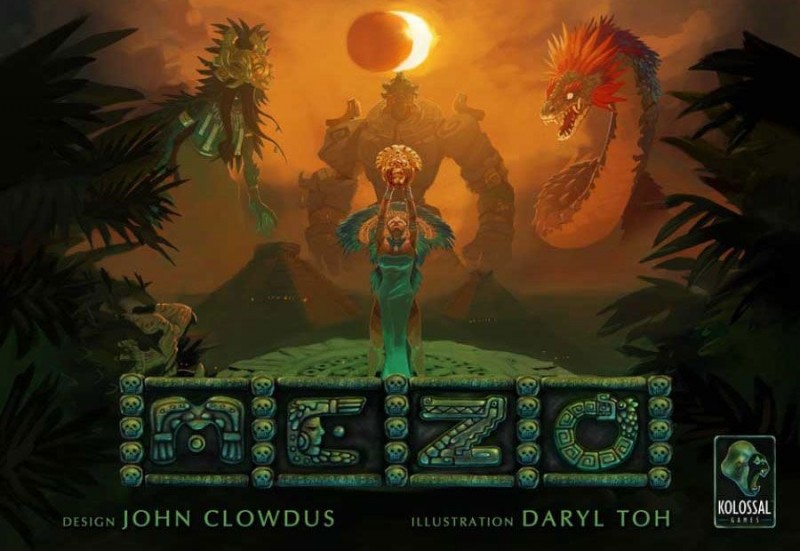 We listed Mezo as one of the most anticipated board games of 2019 back in January, and the time for release is fast approaching. The game is being demoed at Gen Con in advance of its official rollout. Players control Mesoamerican gods as they deploy their followers to dominate the board in massive conflicts for region control. The game boasts asymmetrical powers for each of the different player-controlled gods, and the fantasy is brought to life by some impressively detailed and large-scale miniatures that represent the aspects of these deific figures. Deeply driven by its setting of ancient Mesoamerican mythology, Mezo is one to watch if you’re a fan of big, deep, detailed strategy games. 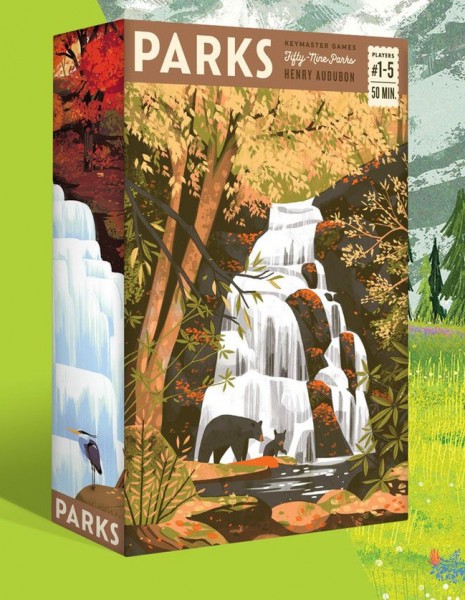 If the art from Parks game cover looks familiar, it may be because you’ve seen something similar for sale while traveling to one of the United States’ many beautiful national parks. Keymaster partnered with the print makers at Fifty-Nine Parks to bring their iconic art style to life in a board game setting. In the game, players are hikers moving along the trails and visiting iconic parks around the country, gaining points for their well-rounded tourism and exploration of the natural world. I’m personally excited by the project because it seems at least partly inspired by the wonderful Tokaido, a favorite of mine in which players travel a road in ancient Japan while attempting to have the most lovely and relaxing vacation. Parks boasts some gorgeous components and art, and it’s on sale for the first time at Gen Con, with a broader release beginning in September. 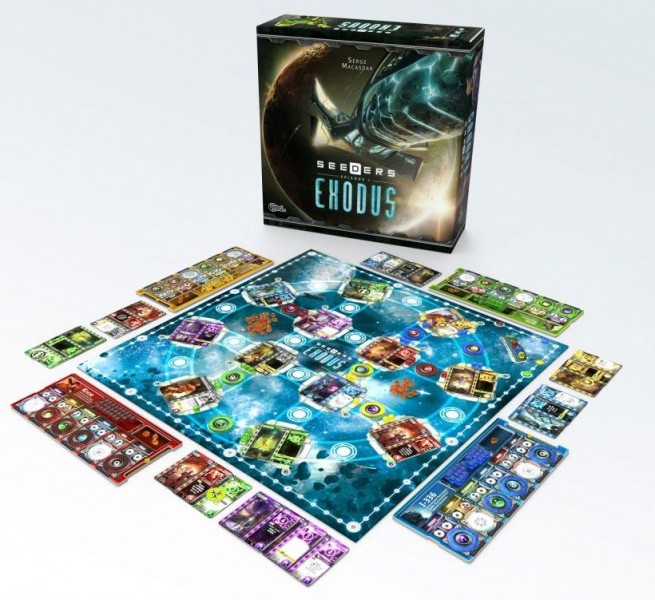 I’m excited by this new announcement from WizKids, in which the publisher has partnered with Sweet Games to bring this ambitious sci-fi space opera to English audiences for the first time. The narrative focuses on the need for players to build an ark to escape a planet that will soon be anathema to life. Players draft cards representing individuals, items, and locations that help your effort to save a portion of the empire. The futuristic art and presentation of this game is especially captivating, and I’m eager to learn more about the project (said to be just one part of a broader transmedia universe of fiction and games) as it rolls out in advance of a 2020 release. 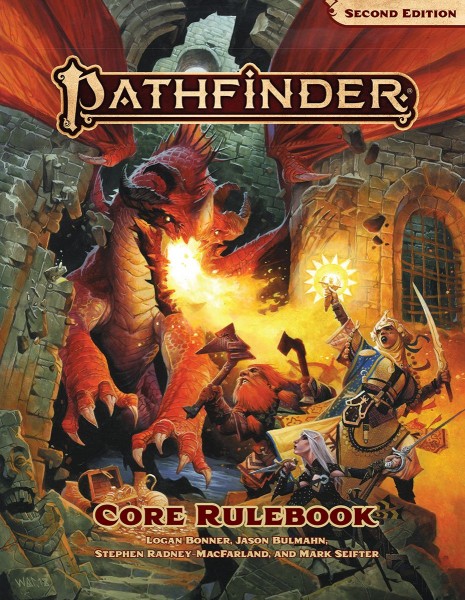 A new version of the Pathfinder role-playing game has been in the works for a long time, but the official release of the 2nd edition is rolling out right now at Gen Con. Pathfinder originally grew out of the 3.5 edition of the D&D game, but in the many years since has taken on a life of its own, and cultivated a dedicated fan base that loves its detailed character customization, stellar world building, and flexible playstyle at the table. I’ve had the chance to dig into an early look at the new (and massive) core rulebook, and I’m extremely impressed so far with the clarity of rules presentation, smart evolution of existing ideas, and fantastic art and production values. Gen Con is the perfect coming-out party for the new edition, and RPG players should expect the game to make a big splash in the coming months as more and more players give it a shot in the competitive fantasy RPG space.

Longtime readers of the column know I have a soft spot for this venerated series of Lovecraftian games from Fantasy Flight, and the studio has just revealed a new project in the line. Final Hour echoes a lot of what is always so fun in these games – existential horror, cooperative play, and story-driven encounters – but wrapped in a package that can be played in an hour or less. That’s a big deal, as the Akrham Horror games are renowned for their complexity and fun, but also for playtimes that can have your gaming group confronting Cthulhu for many exhausting hours into the dark of the night. Final Hour sees the whole team working together to stave off monsters as they roam across the fictional Miskatonic University, even while pulling together the ritual components that can halt the greater elder evil threat. If the short playtime can meet up with the same evocative themes and art that the earlier games are known for, Final Hour could be an investigation that is hard to turn down. 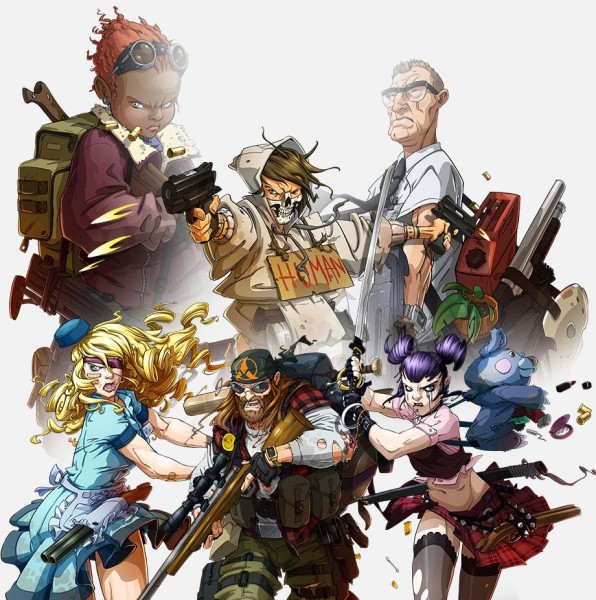 It’s fair to say that the Zombicide games have inspired a bevy of imitators, and for good reason. The original version (and its many expansions and standalone variations) encouraged players to work together in fast-paced combat encounters against the ceaseless hordes of the undead, gathering ever more powerful weapons and gear to survive. The game has always been at its best when it feels light and quick-moving, so the new 2nd edition is focused on streamlining, faster play, and getting into battles right away (a good thing, in this case). In addition, the initial announcement promises that longtime players will be able to update their current collections to the new rules, which is great news for zombie hunters who have already invested heavily in the franchise. The 2nd edition of the game was revealed this week, and will come to Kickstarter soon.

I hope to update this article in the coming days with some additional projects that catch my eye from Gen Con 2019, as the convention is running even as this article posts. Let me know in the comments below if there’s a particular game you’d like to read more about from the show. Every year, Gen Con is a hotbed of big announcements and buzz around the latest projects, so this is an especially good time to keep an eye on luminaries within the board gaming hobby and see what they have to say.

If you’re eager to dive into something that it is already out there on store shelves, feel free to peruse the backlog of the Top of the Table column by clicking into the hub banner below. As always, drop me a line via email if you’d like personalized board, card, miniature, or role-playing recommendations, and I’ll do my best to help you find something fun to play.