The Nonary Games: Who Is Zero?

The Nonary Games series consists of three games; 999, Virtue's Last Reward, and Zero Time Dilemma. In all three, the antagonist seems to be a mysterious figure named Zero, who orchestrates the murderous games. Who is Zero though? We are going to dive in and look at Zero in each game.

This will cover all three games, so there will be heavy plot spoilers. If you have not completed these games, we strongly recommend not continuing on at the risk of seeing a major spoiler. Now, let's take a look at who Zero is in the first game. 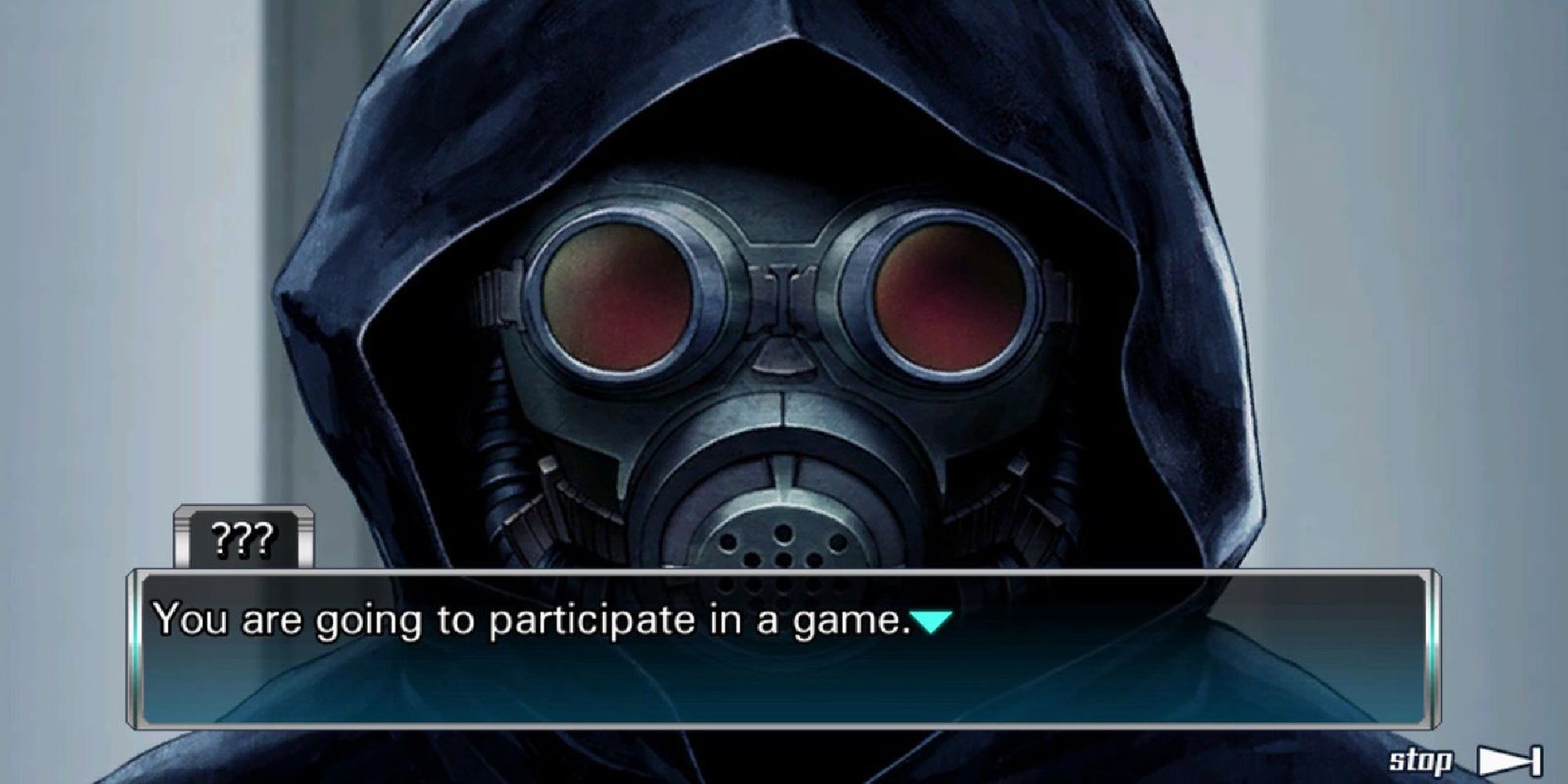 In 999, we know that the entire Nonary Game has been set up by Zero, a masked figure that placed the participants on a ship. In actuality though, Zero is none other than Akane. Although her bracelet reads '6', its true number is '0'. Together, the two set up the nonary game to save her life during the first nonary game that happened in the past. Confusing, right?

The first nonary game took place nine years prior to 999, involving several of our characters, including Clover, Snake, Santa, Akane, and the daughters of Lotus. This original game was meant to experiment with telepathy and the morphogenetic field. Essentially, these experiments attempted to link two people through time and space to share their thoughts. 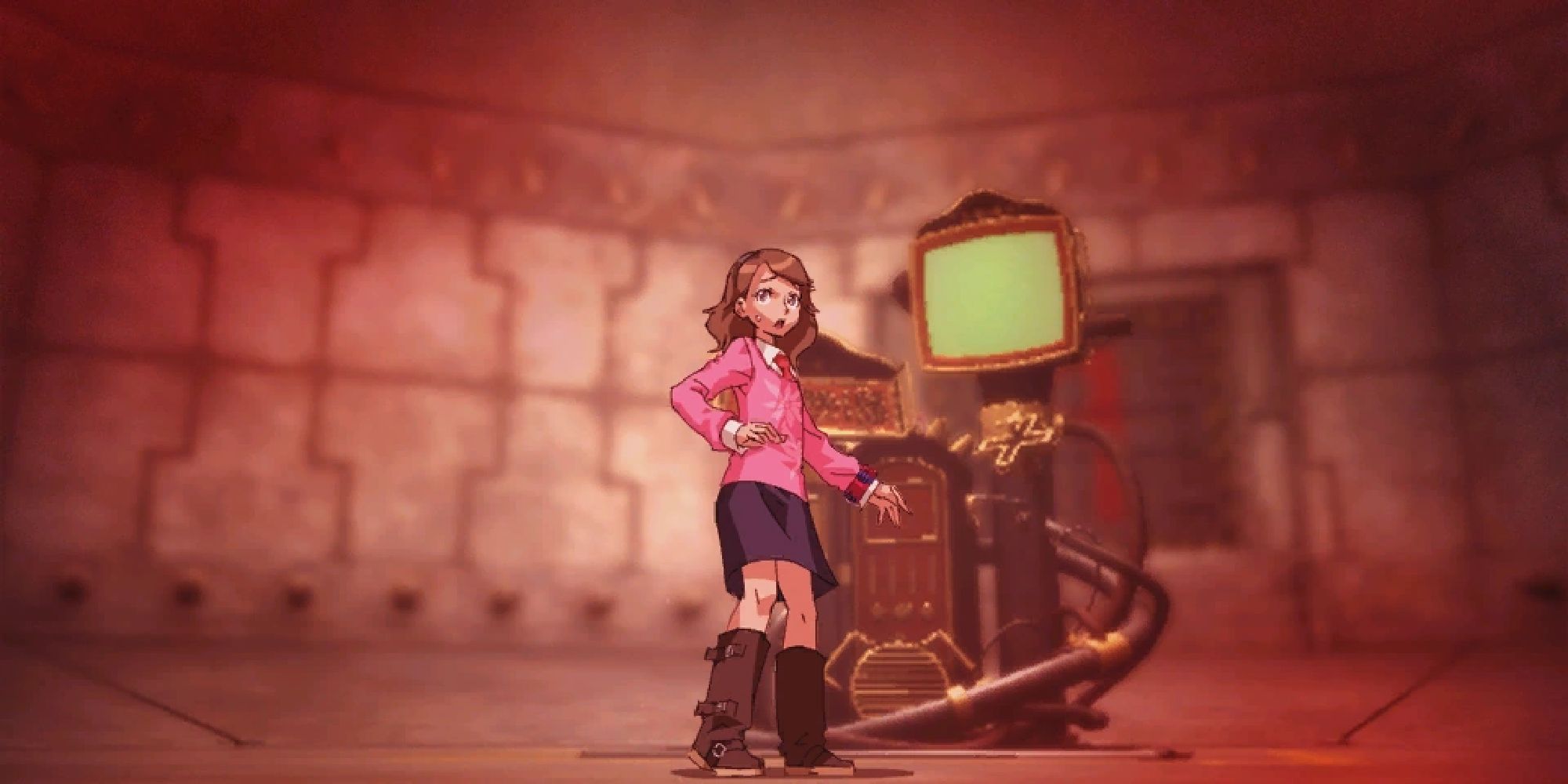 During this first nonary game, young Akane saw a vision of the current events that happen in 999 and a world where she was still alive. To avoid creating a time paradox, adult Akane replicated the vision she had as a child, allowing her to escape the games and continue living.

Although we see several endings where people die, the true path of the game results in no deaths, which is what Akane planned. Overall, the big takeaway is that Akane is Zero, but she never had any malicious intentions. 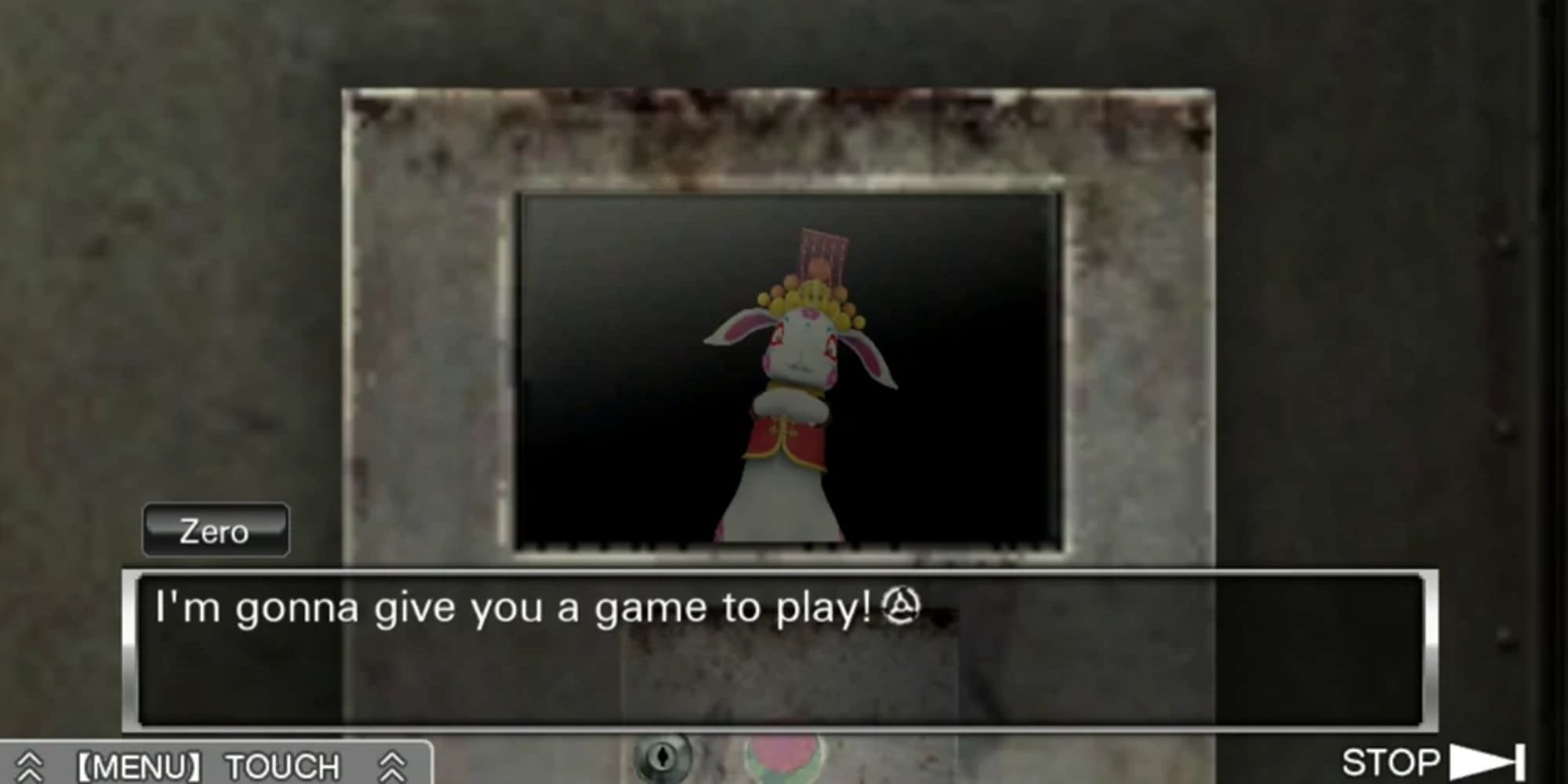 If Akane is Zero in 999, who is Zero in Virtue's Last Reward? Similar to the first game, this answer is not as straightforward as it sounds.

At the start of the game, we are introduced to Zero III. This range little rabbit calls himself Zero, but he is not the real Zero. Instead, Zero III is an AI with the purpose of guiding the games. Throughout the course of the game, we learn that the true Zero is Sigma himself. This is where it gets confusing though. Sigma has the ability to travel through the morphogenetic field to himself at a different time. 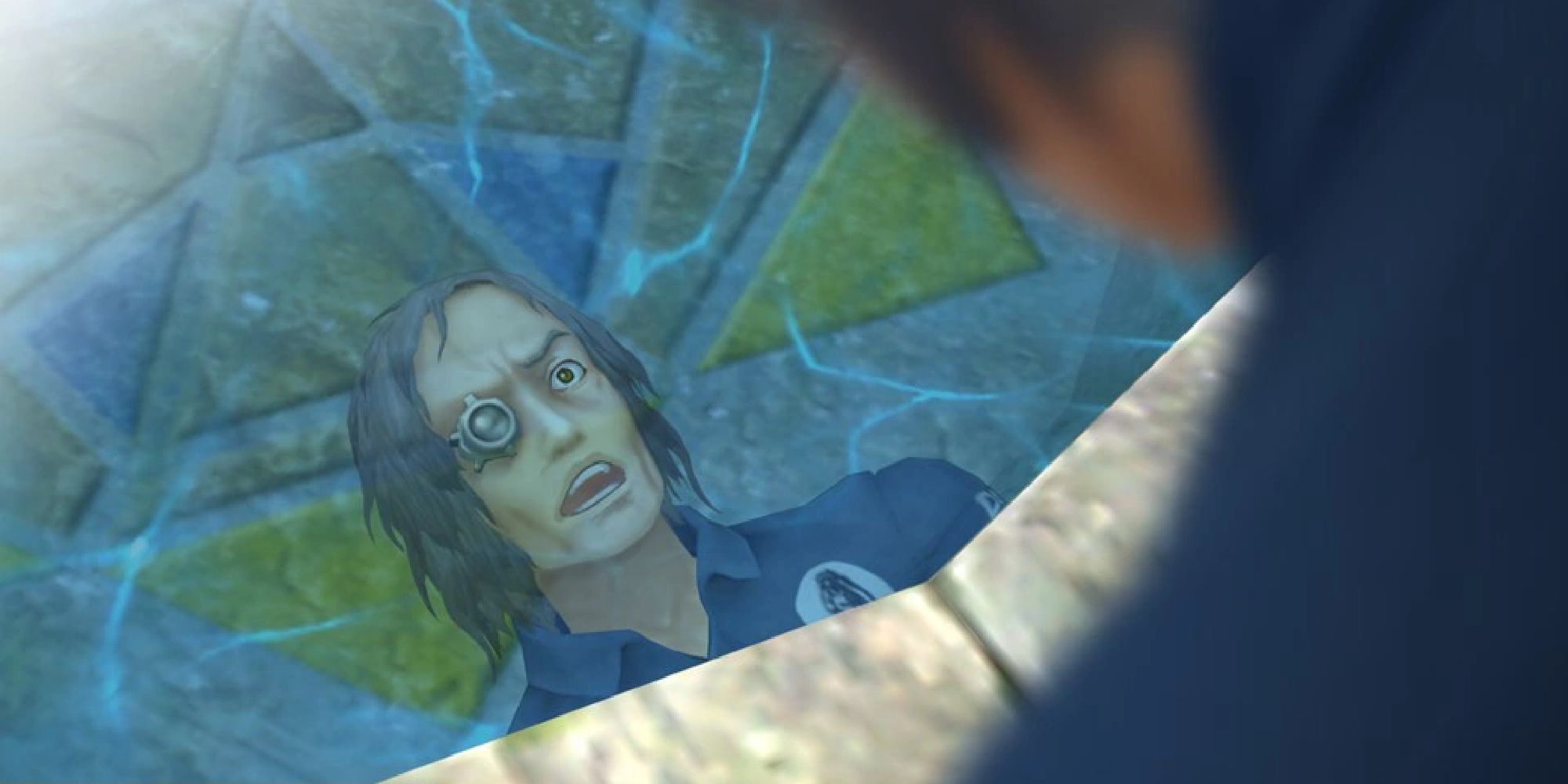 To fully understand how Sigma becomes Zero through the morphogenetic field, we need to do a quick rundown of the story.

Virtue's Last Reward takes place on Rhizome 9, which is a base on Earth's moon. The current year is 2074, and the Earth is in ruins due to a disease. Sigma believes that he was originally kidnapped a few days before the start of the game, but in reality, it's been 46 years.

So what happened in this large time period? When Sigma was originally knocked out in 2028, his consciousness was brought to 2074, where he participated in the AB game on the moon. This consciousness was placed in an old man version of himself, while the old version was brought back to 2028. This is why we see Sigma in shock once he sees his own reflection; other participants know that he is an old man, but prior to this, Sigma believed that he was still young.

The events of Zero Time Dilemma take place on December 31, 2028, just six days after the original 'kidnapping' of Sigma.

While the consciousness of the old man Simga was in 2028, he participated in another game that was seen in Zero Time Dilemma. From here, Sigma falls in love with Diana, and they have two children together. The two of them travel to the moon and set up Rhizome 9. Eventually, in 2032, Diana dies and Sigma sets up the AB game alone with an older version of Akane.

During the Phi ending of Virtue's Last Reward, Akane attacks both Phi and Sigma, sending them back to April 13th, 2029. 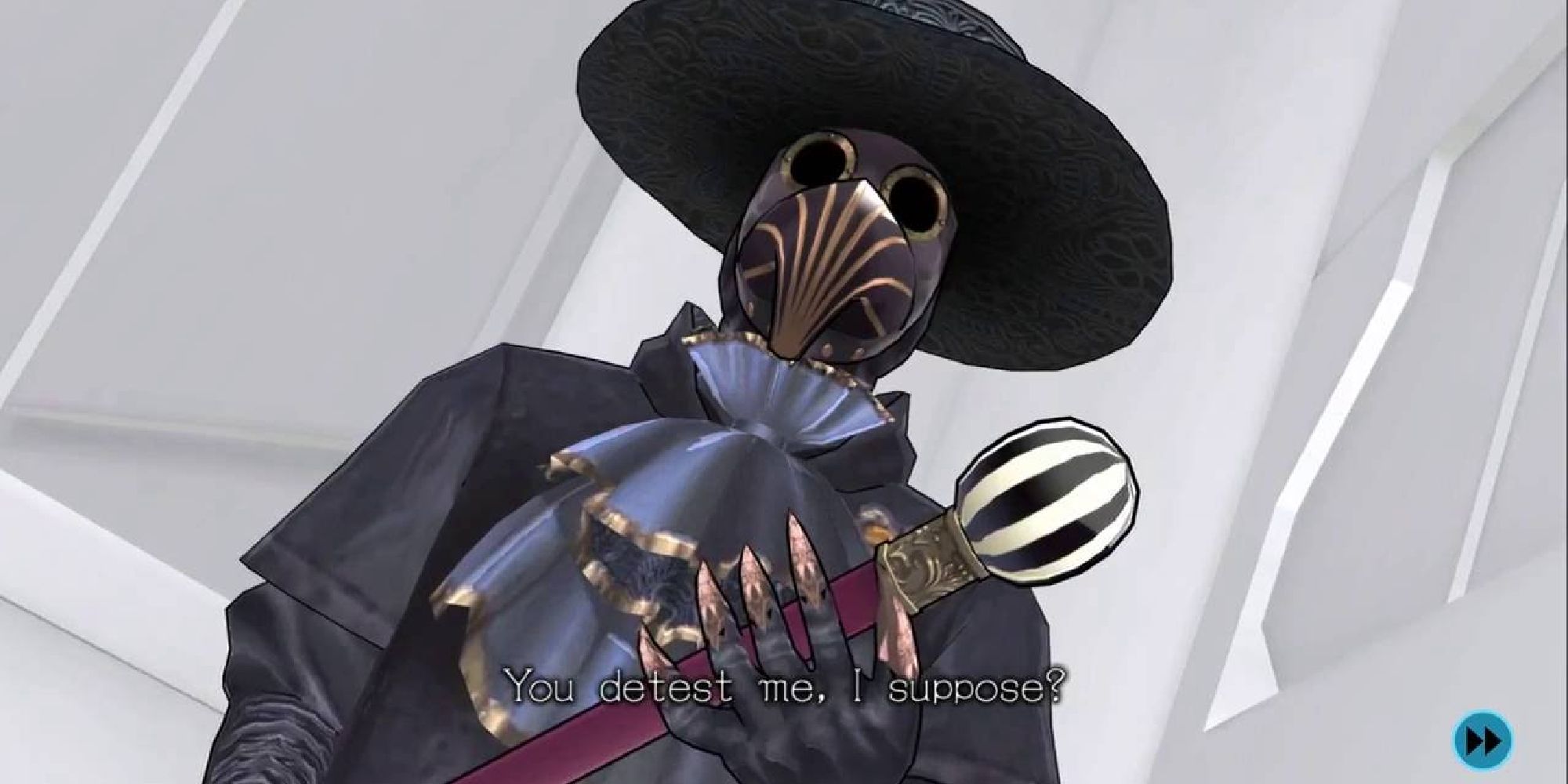 Lastly, let's look at who Zero is in Zero Time Dilemma. As mentioned above, this game takes place in December of 2028. The location is a Mars Mission Test Site, used to simulate life on Mars. This time, we also see a new take on the game, with participants taking part in the 'Decision Game'.

Zero appears to us dressed as a plague doctor, but his real identity is Delta. This is the child of Sigma and Diana, as well as the brother of Phi. Remember the scene where we see Sigma and Diana in the pod together? This moment led to the birth of Delta and Phi.

Once born, the two were transported back in time to 1904. From here, the two continue to live and until 1905, when Phi is transported forward to 2008 and adopted by two researchers. This leaves Delta back in 1905, where he grows up and orchestrates the events of Zero Time Dilemma.

Delta cannot use the morphogenetic field like Sigma and Phi. While his conscious cannot 'jump', he has the ability to read thoughts through different possible timelines.

In the Decision Game, Delta is a participant seen in a wheelchair. Here, he pretends to be deaf, blind, and mute. Throughout the story, many players refer to Delta as Q, but we are led to believe that the little boy is Q. In reality, the boy is Sean, and Q is Delta. 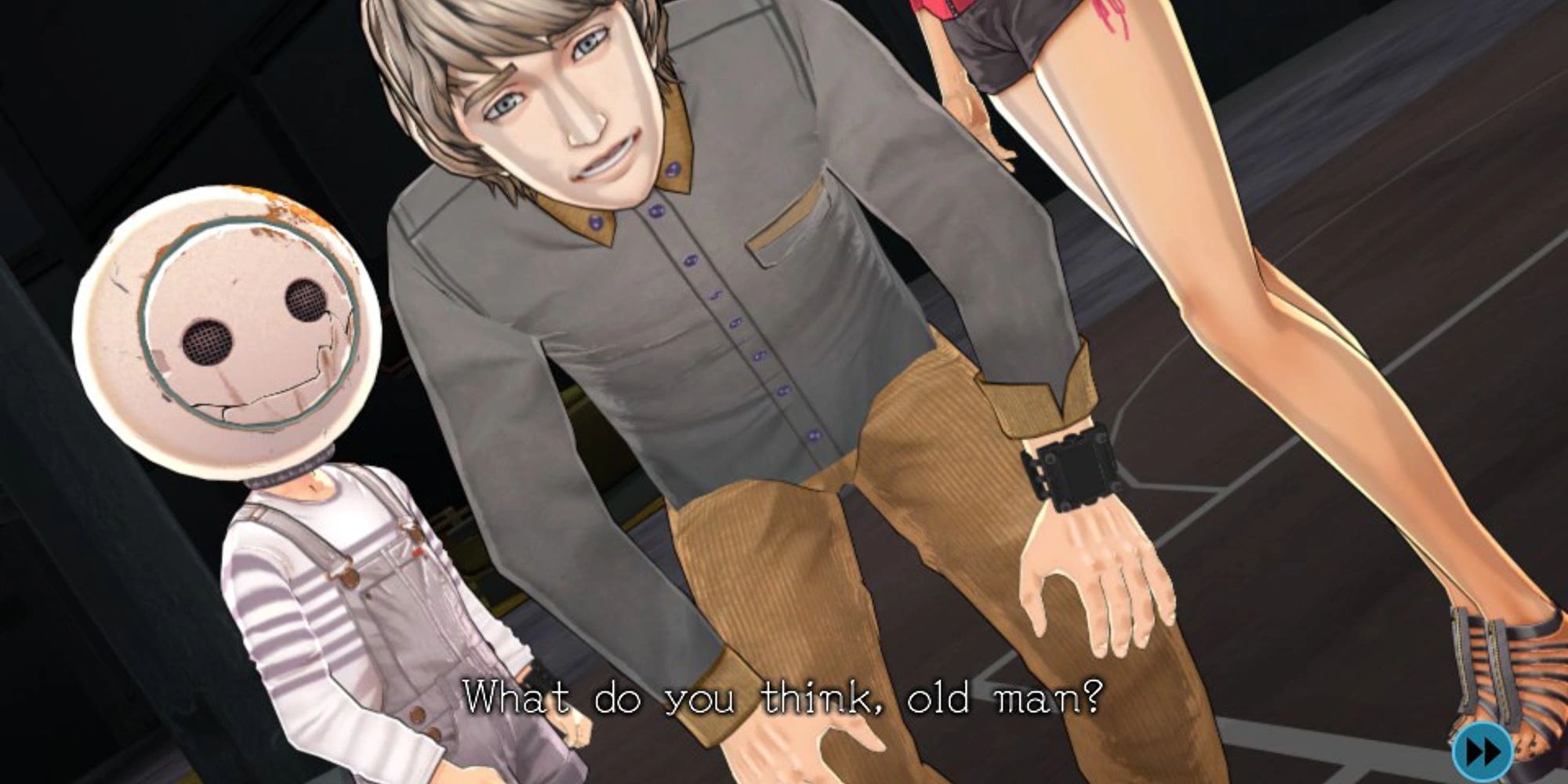 Delta 'Q' seems to be hidden from the player, but while watching Q-Team scenes, you can often see his shadow, as well as hear others refer to him. For example, in the image above, you can see Eric talking to Delta. While playing, you may think that Eric is just speaking with Gab, the dog.

Delta's motive to orchestrate the game seems to be due to his ability to read thoughts. With this ability, he became familiar with the greedy nature of humans and believed that God gave him a mission to cleanse the Earth of this greed.

If you are keeping track of time, you may also notice that Delta is very old. His long life is due to the circumstances of his birth. As the mastermind, he created a situation where he was born with ideal genes. Additionally, his Esper powers allow him to live a long life; although his body is physically old, his mind remained strong.

With that, we've talked about who Zero is in all three Nonary Games. Overall, the central figures are Akane and Sigma, who are responsible for two of the games. With Diana, Sigma plays an indirect role in the third game, due to Delta being their child.