The Prowler Xenomorph Is The Best Thing About Aliens: Fireteam Elite

The obvious inspiration for co-op shooter Aliens: Fireteam Elite is Left 4 Dead. While its 'AI director' is not nearly as clever (it's more Uwe Boll than Martin Scorsese), it does occasionally manage to catch you off guard. You'll be mowing down hordes of low-level Runner xenomorphs, slipping into a state of semi-consciousness, when suddenly a powerful Drone or Warrior will be tossed into the mix. It's entirely possible for one of these beasts to wipe out your whole squad, especially at harder difficulties.

But while the Drone, Warrior, and Runner are based on the xenomorphs previously seen in Alien, Aliens, and Alien 3 respectively, the Prowler is a completely new creation. Fireteam Elite marks its first appearance in the Alien universe, and it's arguably the best thing in what is otherwise a pretty average, uninspiring game. It's not all that strong, and can be easily dispatched with a few well-placed pulse rifle shots, but it's the way the red-tinted Prowler behaves that makes it interesting. 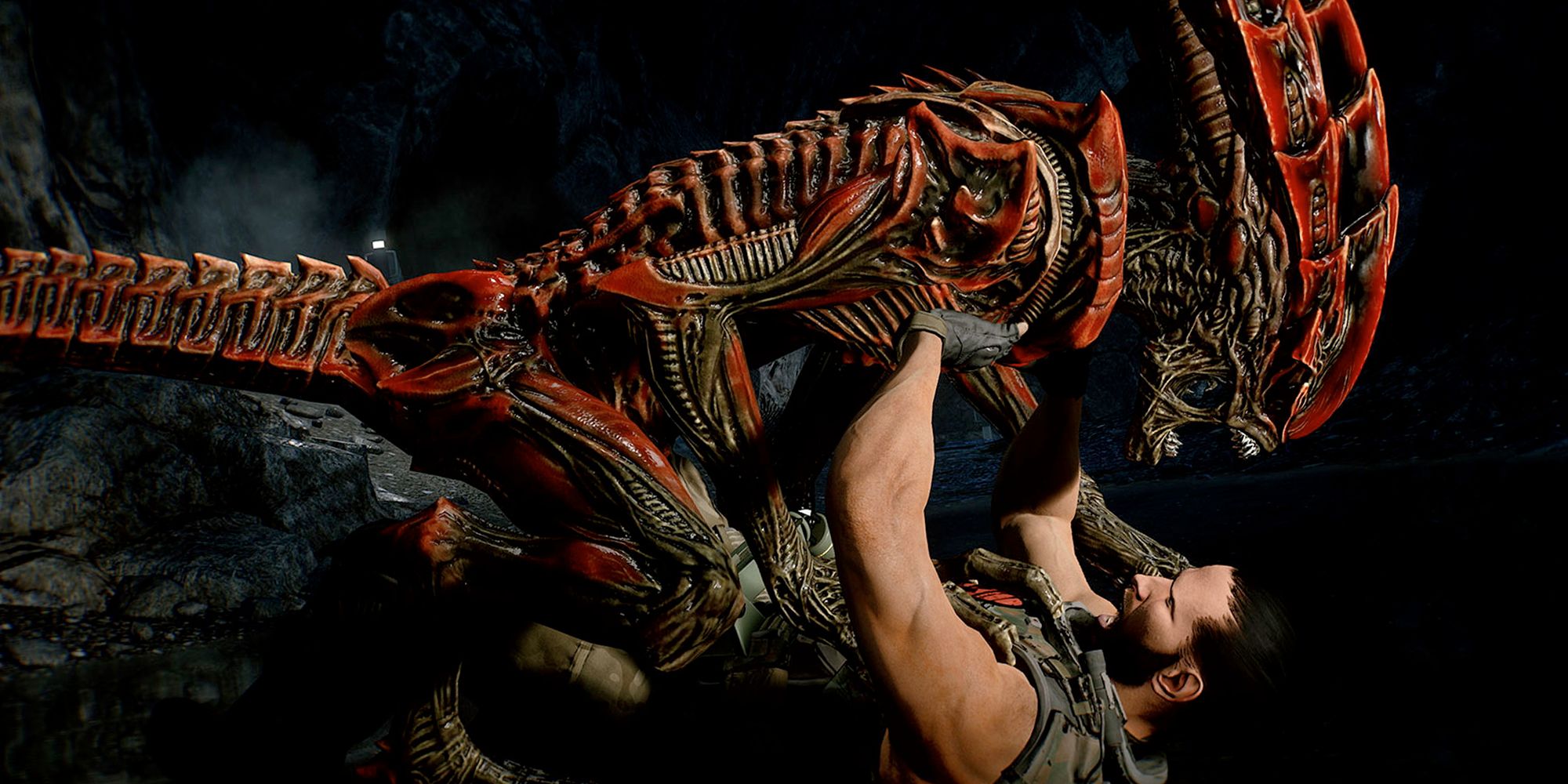 Fireteam Elite is a relentless game, throwing hundreds of aliens at you. It rarely gives you a moment to catch your breath, but there are some moments when the horde relents briefly. However, even these brief pockets of calm are rendered dangerous by the Prowler, whose presence is announced by a sudden eerie hissing sound in the distance. Like the Witch's telltale weeping in Left 4 Dead, hearing this means a Prowler is nearby—hidden around a corner, perhaps, or lurking behind a piece of scenery.

This is the one time Aliens: Fireteam Elite actually feels like a horror game. You find yourself inching forward, pulse rifle primed, scanning the path ahead for any Prowlers coiled up and waiting to pounce. It's a heart-stopping moment when you catch sight of it and freeze in place, knowing one more step will alert it to your presence. In tight, narrow indoor spaces, like first act's Nostromo-like refinery, they can be devilishly well hidden. Other times, especially in bigger levels, they're a lot easier to spot. 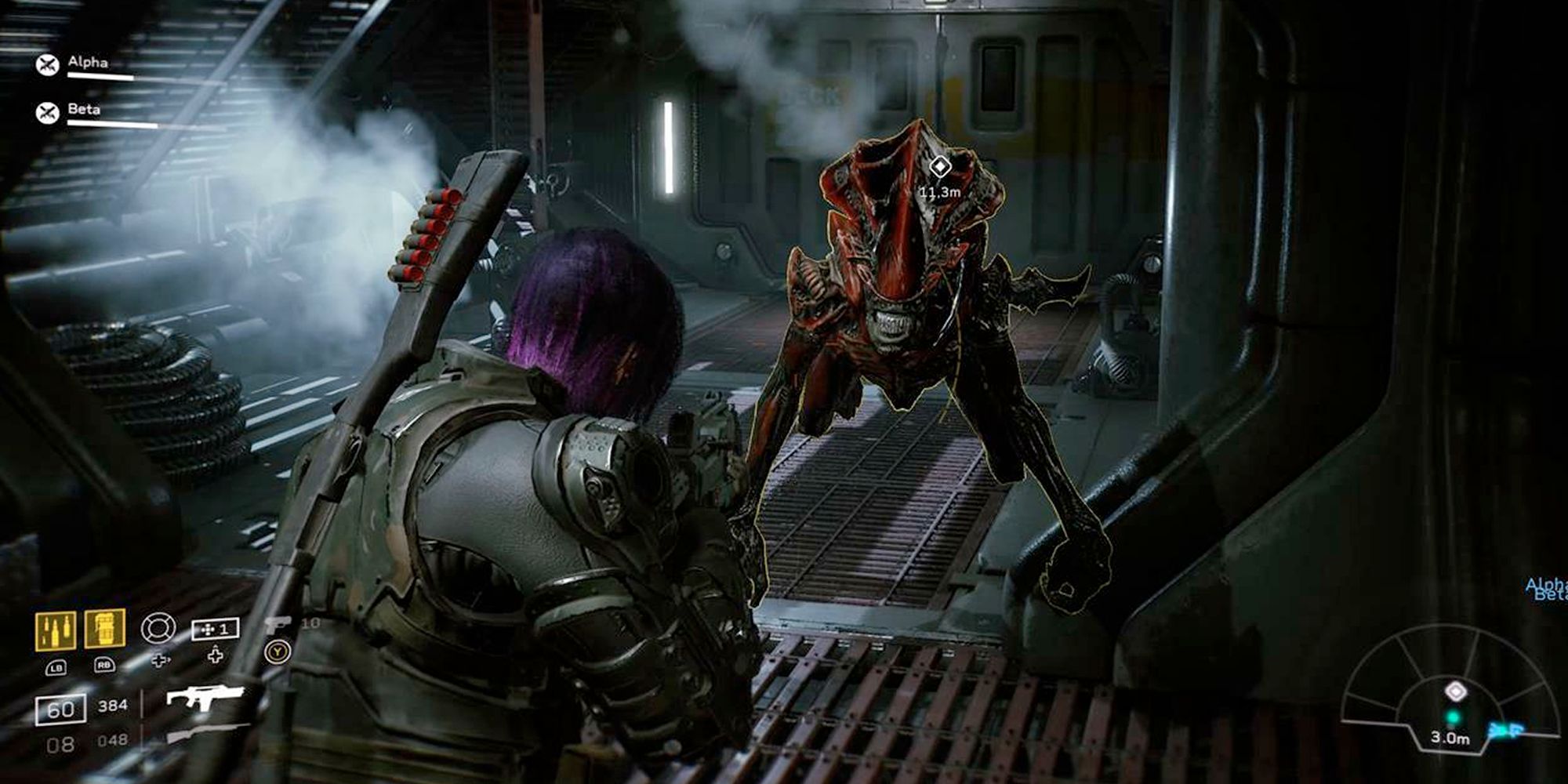 If a Prowler gets the jump on you, spotting you before you spot it, it pounces with incredible speed and aggression. While it has you pinned to the ground you have to complete a short QTE to avoid getting torn to shreds—particularly if you're playing solo and your useless AI squadmates, a pair of synthetics named Alpha and Beta, just stand there and watch it go to town on your face with its claws. Prowlers don't deal much damage, but they always make me jump when they strike from the shadows, the assholes.

The problem with Aliens: Fireteam Elite, like so many other video games based on James Cameron's action-packed sequel, is that it reduces H.R. Giger's 'perfect organism' to disposable cannon fodder. You kill hundreds of them every mission, which diminishes their threat enormously. But the Prowler is different. It makes me dream of a game like this that's as much about messing with the player in the style of a horror game as it is letting them live out their swaggering Colonial Marine fantasies.