The Ring Verse might be J.R.R. Tolkien’s most powerful, memorable, and lasting piece of writing. The inscription of the One Ring is well known beyond his fans, and even beyond fantasy lovers or bookworms to the general public. “One ring to rule them all, and in the darkness bind them,” is as iconic as Frodo or Gollum, and probably the only line of the books that most people could accurately quote.

I could write an essay about the Ring Verse, its effect on the storytelling of The Lord of the Rings, the subtle shift in metre for the final lines, and the impact this iconic eight-line poem has had on wider fantasy literature, but I’ll spare you. Instead, I’ll explain how it could be a spoiler for The Rings of Power’s forthcoming second season.

First, we have to look at season one. It surprised book fans in many ways, none moreso than the season culminating with the forging of the three Elven rings of power. It made sense for some rings of power to appear in a show called The Rings of Power, but the Elven ones specifically? They, along with the One, were the only rings that Tolkien specified were created after the others, so why has The Rings of Power shown them crafted first? It could just be a mistake, or the showrunners may believe the precise timeline unimportant for the story they’re telling. Nevertheless, questions remain. Why was Sauron present at their forging? Will Annatar return to lead the forging of the remaining 16? I believe there must be a reason for this decision, and the Ring Verse could explain that reason. In case you need reminding, here it is:

Three Rings for the Elven-kings under the sky,

Seven for the Dwarf-lords in their halls of stone,

One for the Dark Lord on his dark throne

In the Land of Mordor where the Shadows lie.

One Ring to bring them all, and in the darkness bind them,

In the Land of Mordor where the Shadows lie.

You can see here that the Elven rings are mentioned first, despite being crafted penultimately. For the poem, the details don’t matter, and the increasing numbers create a sense of increasing momentum, before being brought back down to earth with the One. I suspect The Rings of Power will follow the Ring Verse, and season two will focus on the Dwarves and will end with the forging of their seven rings.

Think about it. Season one was a lot of set-up, but the Dwarven storyline was based entirely around the veins of Mithril that spread through Khazad-dûm and eventually form the material that makes the Elven rings. At the end of the series, we also see that they have awoken the Balrog. I have plenty of issues with this, but it seems like a good way for the Dwarves to request some lovely, powerful rings from the Elves to aid their battle against the beast that will presumably soon become Durin’s Bane. It seems plausible that the Númenóreans and Southlanders have little need for rings of power just yet, so they can wait until season three. 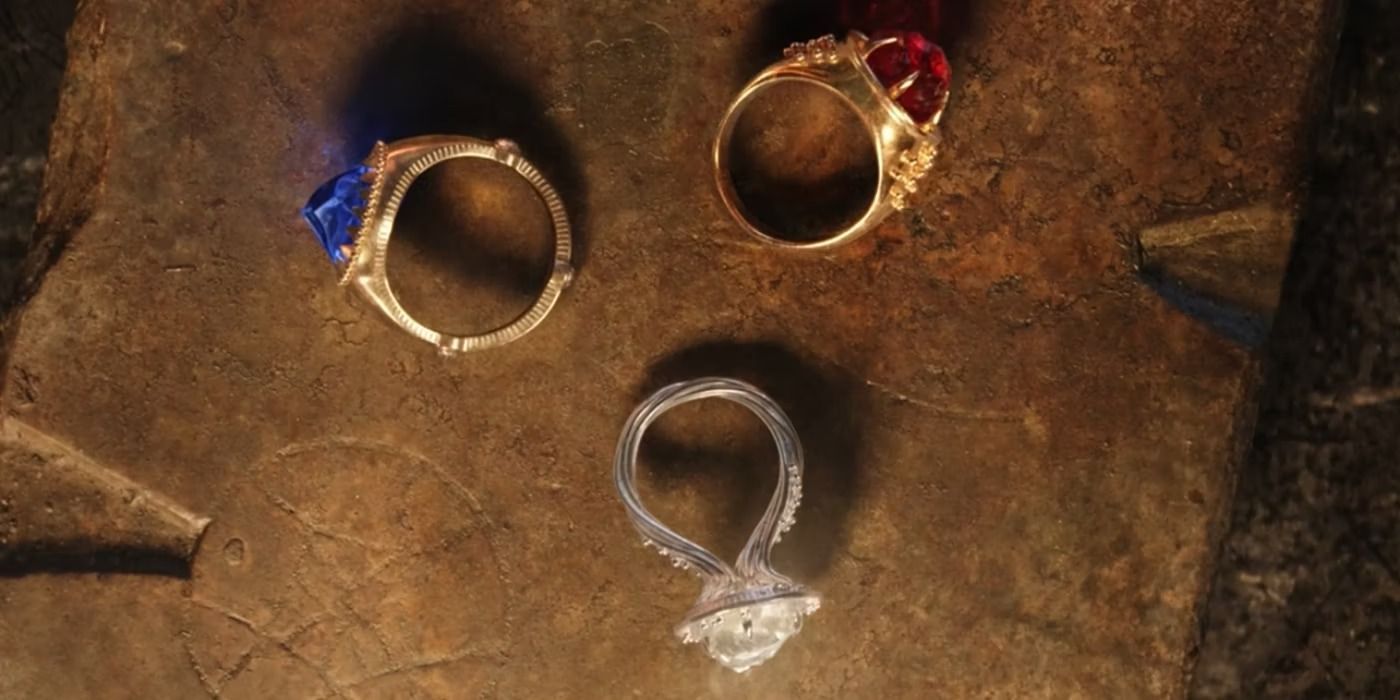 By this theory, the One Ring will be forged in the fourth season of the five planned. I think the show will end as Isildur cuts the ring from Sauron’s hand, and the Siege of Barad-dûr would be a suitably climatic end to a show that already seems to revel in the battles that Tolkien described so briefly. That gives Sauron two seasons of corruption and all-out war, which seems plenty.

I could be completely wrong. The Elven rings being forged first could just be a mistake or a misunderstanding of the canon. But I feel like there’s a clear plan with The Rings of Power, even if that plan is non-canonical and bends Tolkien’s words. And I feel like following the order of the Ring Verse is the sort of adaptation that the show would make, relieving Tolkien’s detailed histories in favour of a surface-level reading of an iconic poem.