The Rumble Fish 2: How To Defeat Beatrice

One example of THRF2's overpowered bosses is Beatrice, the last character you'll encounter at the end of the arcade mode campaign. Between her highly reactive AI, robust defense skills, and killer attacks, Beatrice stands toe-to-toe with some of SNK's most infamous bosses. But who is this mysterious figure, and how can you best her in a fight? 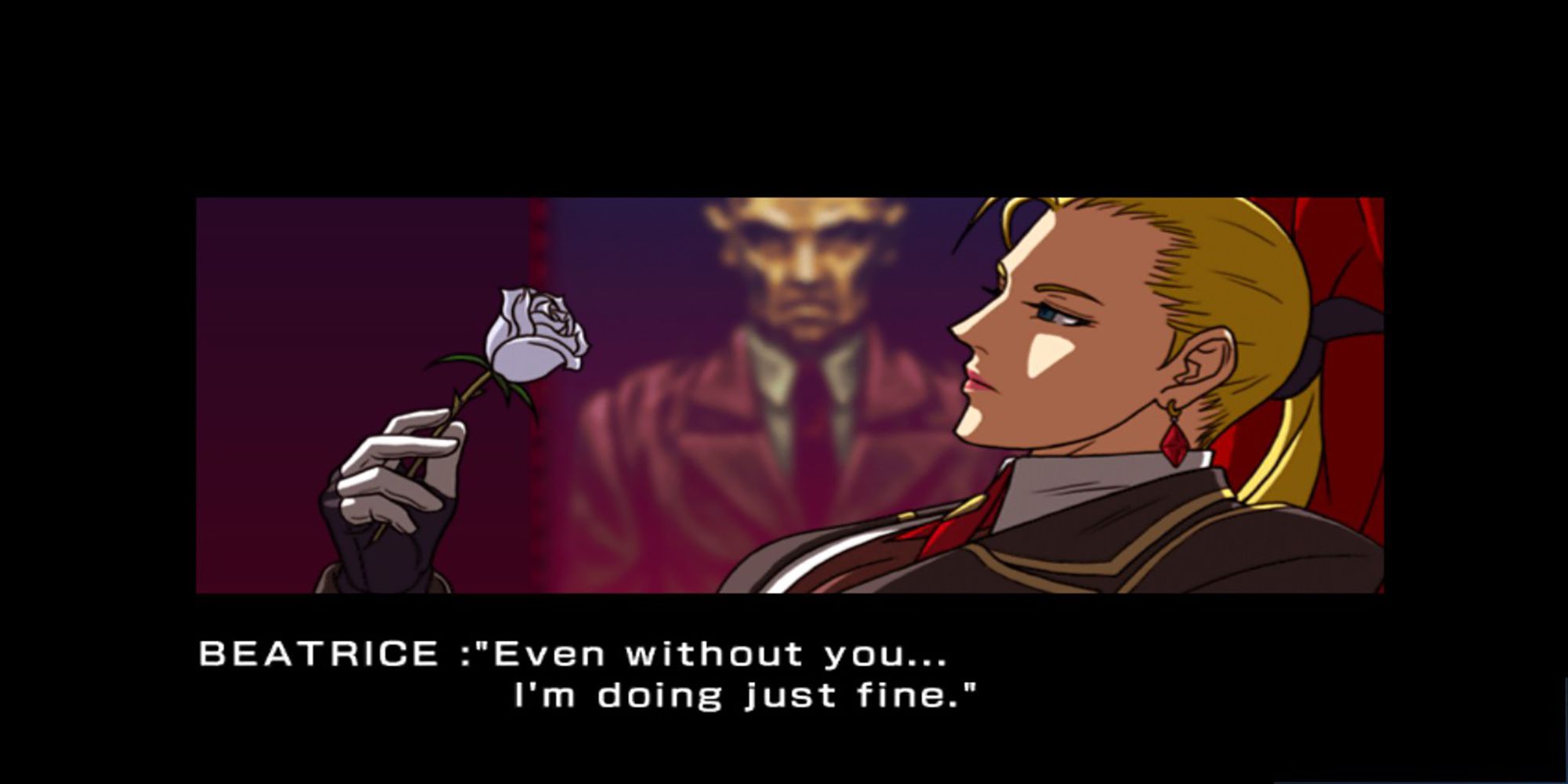 Beatrice is the latest chairman of the company that runs the annual Fight For Survival, PROBE-NEXUS. She assumes the role after her grandfather and PROBE-NEXUS founder, Mr. Brad, retires from his position as chairman. An arcade mode cutscene indicates that Mr. Brad passed away, although the cause of death is unclear.

In the same cutscene, Beatrice states, "Grandfather, your gift…can be quite troublesome." This statement likely refers to Beatrice's heightened 'Ark' powers.

Later on, in the arcade campaign, Beatrice will attempt to recruit your character to work for FFS, defeating future winners of the tournament. Upon your refusal, she'll initiate the final boss battle.

Beatrice often lures in opponents with vital intel related to each character. For instance, in Aran's arcade ending, Beatrice gives him information about the whereabouts of a nun who cared for him while he was growing up in an orphanage. Likewise, Garnet uses info from Beatrice to find her lost partner, Abel, in her arcade ending.

What Skills Make Beatrice So Deadly? 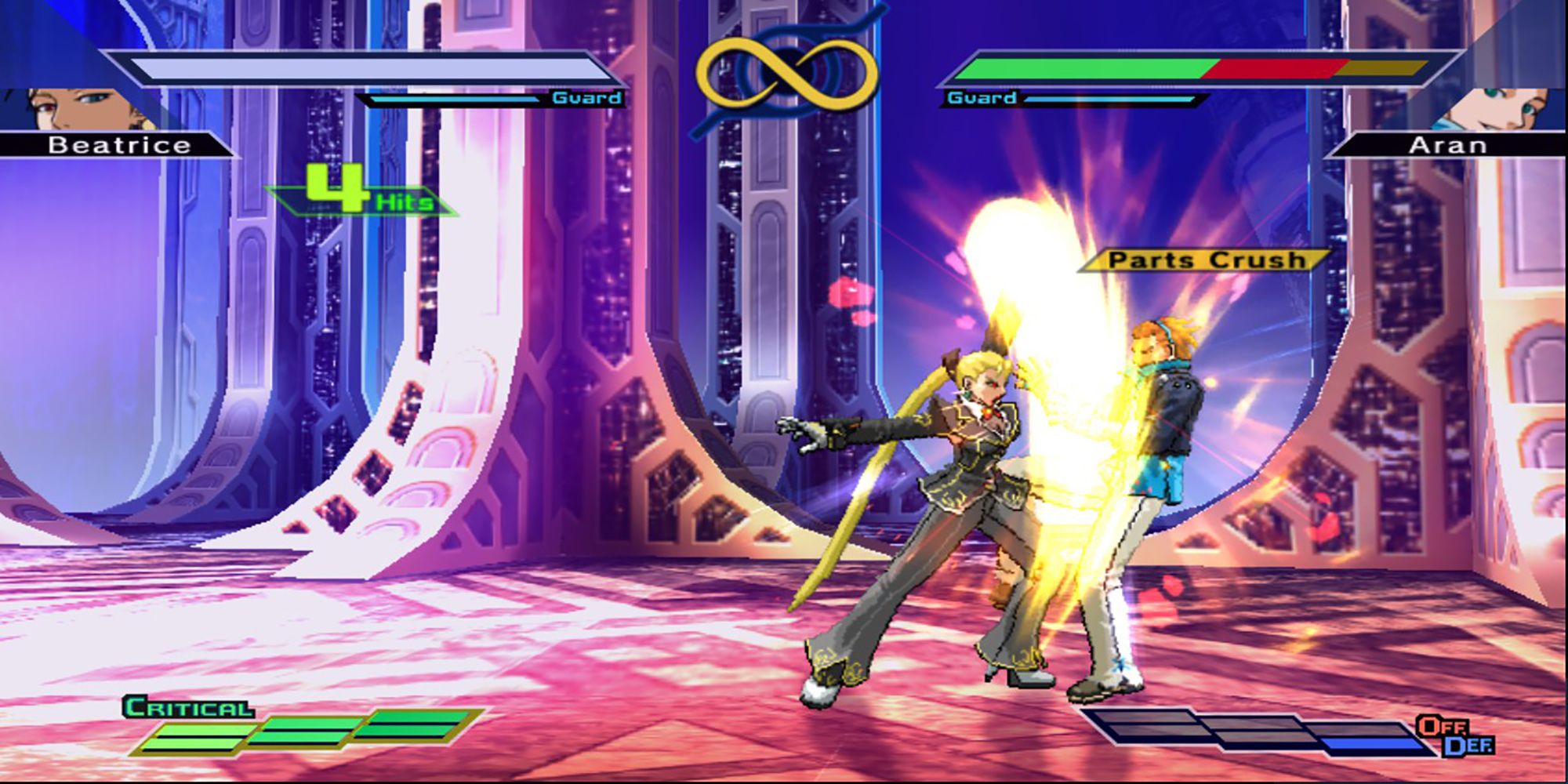 Beatrice is deadly because she can trap her opponents in damaging counters and reversals. Several strengths help her do so.

How To Defeat Beatrice 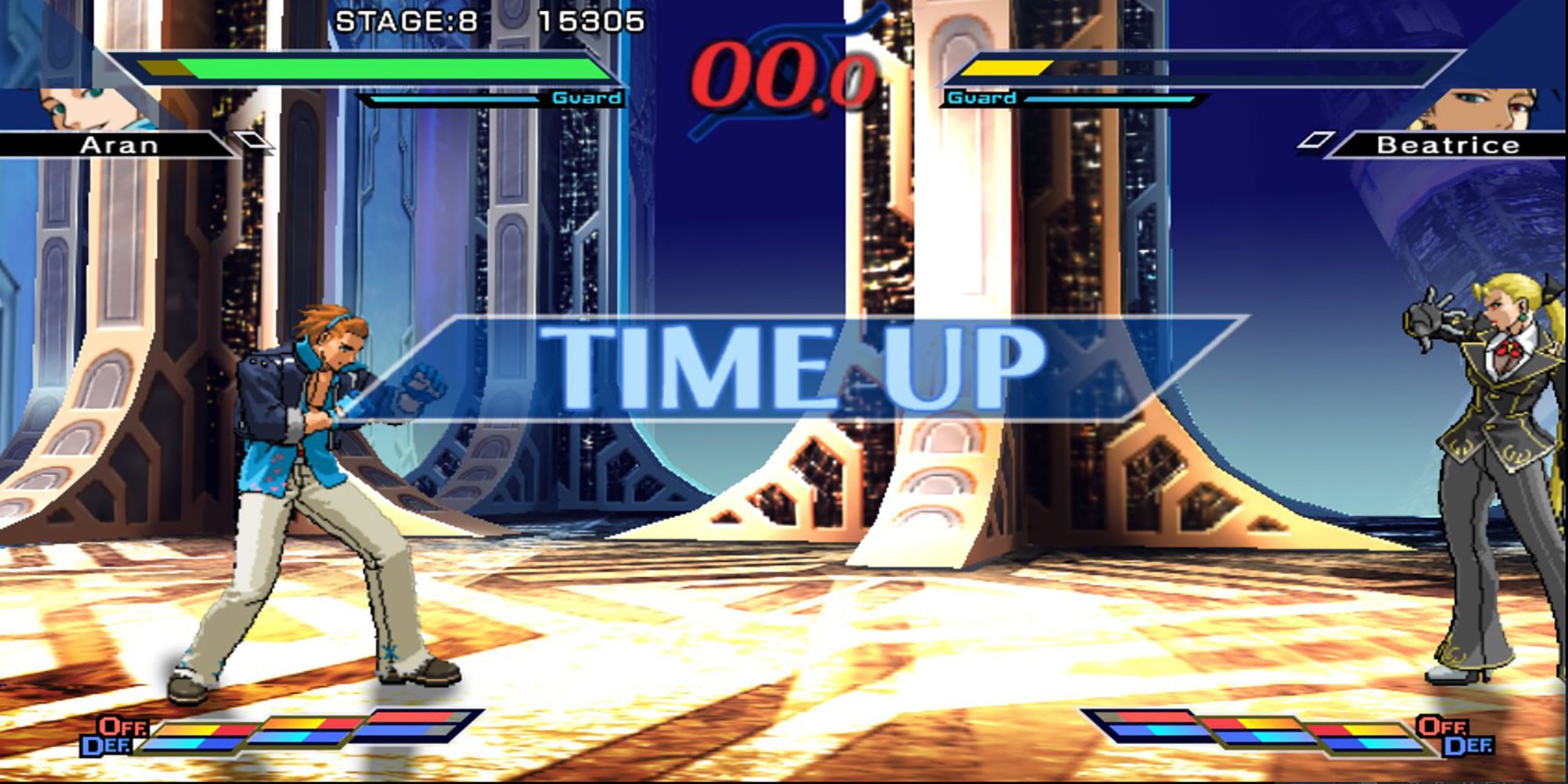 The key to defeating Beatrice is poking and footsies. Rushing into Beatrice is ineffective because she will trap you in her high-damage attacks. However, shying away from Beatrice and guarding too much will trap you in the corner, thus causing a guard crush. So, instead of attempting long-winded combos or turtling behind a crouching guard, you'll have a better chance by moving in for a normal attack or two and then retreating.

Of course, you have to get close to Beatrice before you can hit her. So, how can you close the distance? Your main obstacles are Beatrice's special attacks since their waves can knock you back. Therefore, you need to block these attacks when they come toward you. Since you can't block while mid-dodge, we don't recommend dodging toward Beatrice. We found more success jumping in, with the caveat that we air-blocked any attacks that came toward us.

Once Beatrice is in range, you should have enough time to fit in a low sweep with a strong kick. If you see Beatrice in a crouching guard, you can try an overhead attack instead. However, you must be careful since plenty of her attacks make strong anti-airs.

Since Beatrice can promptly respond to her opponent's offense, it's best to back off once you've landed a hit. For example, if you attempt a chain combo, Beatrice can block cancel with her Defensive Art, Blink Of Femto, allowing her to strike back. However, if you back off while Beatrice retaliates, you'll avoid damage and give yourself another opportunity to close in for your next attack.

This hit-and-retreat technique can feel tedious. However, if you can slowly chip away damage while maintaining your health, you can defeat Beatrice by a time-out or KO. So, it pays to play the long game and keep patient.

If your character has a strong projectile attack, you can use it to attack Beatrice from a distance. This strategy is highly effective because it takes advantage of Beatrice's poor offensive skills. A well-timed projectile can interrupt and punish most of her approaches, simultaneously damaging her and knocking her back.

Beatrice may start rebuffing your projectiles with her Rise Ark or Blast Ark. When this happens, lay off these attacks until she least expects them.