Throughout the ‘90s, skateboarding was still an underground activity that had yet to break into the mainstream. Street skateboarding had already had a pop culture moment thanks to films like Back to the Future in 1985. However, skating was seen more as a hobby than a competitive sport; neither brands nor ESPN nor hardcore sports fans began to invest seriously in the genre until the turn of the century. It wasn’t even until 2002 that the Winter X Games VIII — the extreme sports competition that shepherded skateboarding as a legitimate sport — held its first television broadcast. What really solidified the movement, however, was the introduction of Tony Hawk’s Pro Skater in 1999.

The title introduced the world of skateboarding culture to unassuming gamers, garnering new fans to the sport while also authentically representing the community with one of its biggest stars on the forefront. In a moment of serendipity, the title’s launch in September came just a few months after Tony Hawk became the first athlete to land the insanely difficult trick “The 900” at the X-Games in 1999. The feat breathed new life into the culture and solidified Hawk’s status as skateboarding royalty, as well as a one-man marketing sensation.

Tony Hawk’s Pro Skater’s physics were revolutionary at the time and enraptured an entire generation of future boarders. Some of those became professional skaters in their own right and now appear in the latest remake of the 1999 original game and its 2000 sequel, which is slated to arrive next month as Tony Hawk’s Pro Skater 1+2.1 of 2 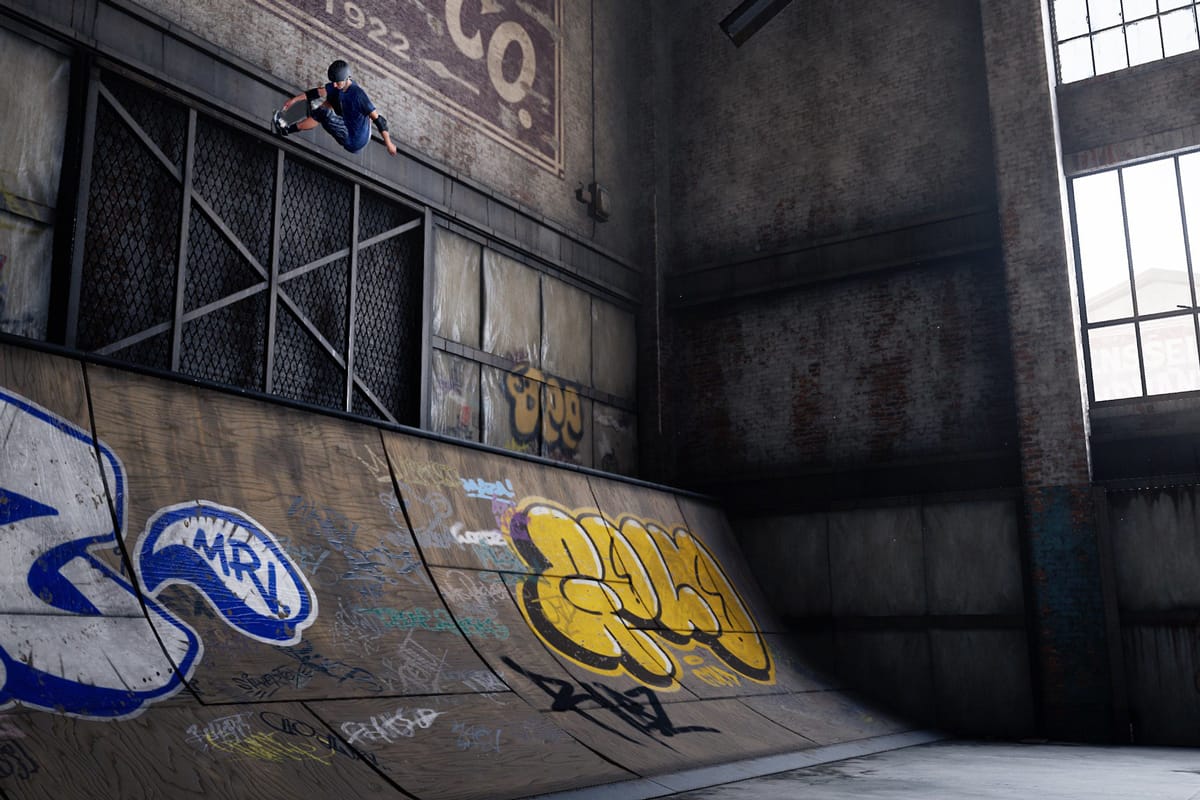 We got our hands on a demo version of the upcoming title and played through the iconic first stage of the original game, the Warehouse, which is laid out exactly as we remember. Yes, it’s been completely remade with new textures and updated character models, but still maintains the familiar physics and soundtrack that made the series so revered.

Several factors determine a contemporary remake’s success, one of which is the game’s ability to enhance the product while also maintaining enough nostalgia for returning fans. Tony Hawk’s Pro Skater 1+2, developed by Vicarious Visions, will feature all of the classic stages, pro skaters old and new alike, challenges, songs, and tricks originally seen in both games. However, none of these things are available in the preview, where we only had access to one skater (Hawk), one board, one stage, and one quick play mode that lasts two minutes. But the mode provides enough replayability to reintroduce us to the controls.1 of 2 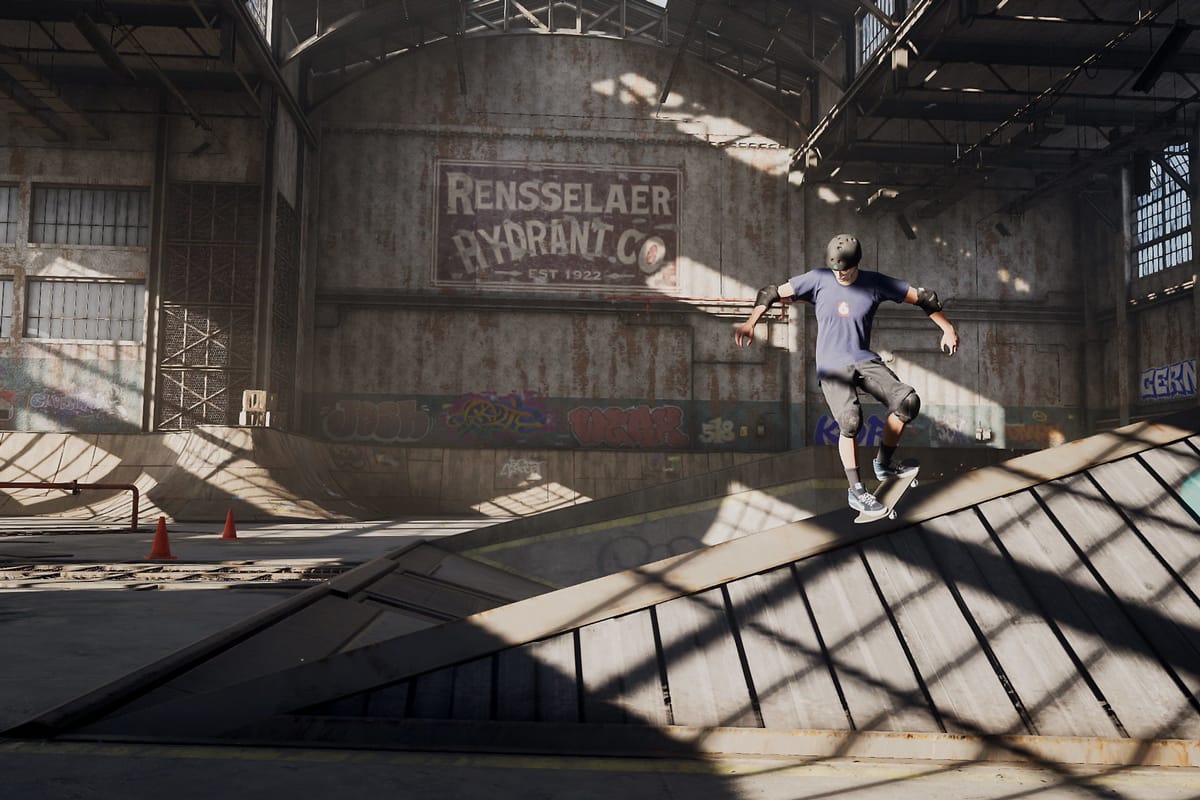 Although the developers tapped into the coding of the original titles to recreate their physics, we can feel some of the enhancements that have been made. As such, the gameplay is familiar, but not entirely the same as the original. Grinding, manuals, plants, they all pretty much function the same. You have to keep up a trapeze act with the analog sticks or D-pad to keep the trick going, and we felt the muscle memory of enacting these tricks in our childhood return during the demo. But ollies feel more tied to the ground, less floaty than we remember them being in the original title.

When skating on a half-pipe, gaining momentum matters more here than it did in original titles — it didn’t take much to begin chaining tricks as soon as players launch off a half-pipe, for example. But the rule of gravity seems more apparent here, not necessarily taking away from the arcade charm the original titles deliver but also introducing more contemporary logic to chain these often unrealistic tricks together. The gameplay feels great, however, it’s not an exact copy of the original. Which is okay, but took a bit to get used to.

Remakes like Shadow of the Colossus HD and Crash Bandicoot N. Sane Trilogy (also developed by Vicarious Visions) are heralded by fans for recapturing the experience of playing these titles in their youth. These titles are so well done that they’re able to satisfy the nostalgic bias of fans who recall the now-dated graphics as being as “fresh” as the newly enhanced remake. However, the newly added polish, both aesthetically and gameplay-wise, assures us that this title is not just about nostalgia. It’s also meant to eventually progress the franchise further into a contemporary playing field, one where sports simulations like 2K reign supreme and one where the competitive Skate franchise may see a revival. Titles like Sessions and Skater XL strive to make a skateboarding game that feels as authentic to riding in real life as possible.

However, Vicarious Visions looks as if it is tightening up on the arcade-like mechanics that made the franchise popular without it coming off too cartoony. Yes, Tony Hawk’s Pro Skater 1+2 feels like the original titles in both physics and design. And yet with all its new enhancements, the title is presented as so much more than just another nostalgic cash grab. It’s a celebration that progresses the franchise forward, fitting given that the underground culture behind the game has since become mainstream.