The Walking Dead: Saints & Sinners Reaches $50 Million In Revenue Across All Platforms 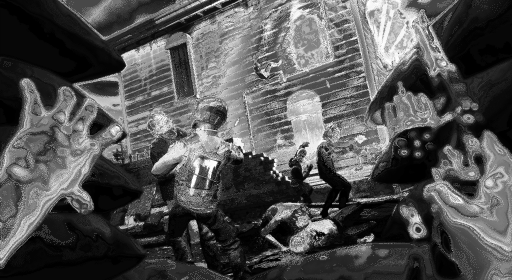 The game has now reached $50 million in revenue across PC VR, Oculus Quest and PSVR since its initial release in January 2020.

The game released first for PC VR before making its way to PSVR in May and then launching on Quest and Quest 2 (and as a launch title for the latter) in September. Throughout 2021, the game has continued to see new content arrive with both the Meatgrinder and Aftershocks updates adding new modes and post-campaign content entirely for free.

Back in April, Skydance revealed that in its launch month on Quest, Saints & Sinners sales more than tripled compared to its launch month on PC VR. That accounts for three platforms versus just one, but that being said, it’s clear that Quest games, in general, are performing well if not better than counterparts on other platforms.

As we’ve said before, Saints & Sinners’ success is well-deserved – the game sits high among our lists for the best VR games of all time and the best Quest releases. We loved the game at release and loved it even more in our recently-updated review (which takes into account the free Meatgrinder and Aftershocks updates) giving it an Essential rating.

It looks like there’s more to come too — some hints at the end of the most recent Aftershocks campaign seem to point towards more content that could be on the way.