The Witcher 3: How To Defeat The Wicked Witch

The Witcher 3 has many amazing areas to explore, and the Land Of A Thousand Fables is one of the best because of its unique atmosphere and powerful enemies. You get the chance to enter this world of fairy tales during the Blood And Wine DLC. Within this magical land, you can encounter all sorts of bosses that range from three boars to the Wicked Witch. Each boss has its own moveset, many of which are completely unique to the fantastical enemy.

Who Is The Wicked Witch? 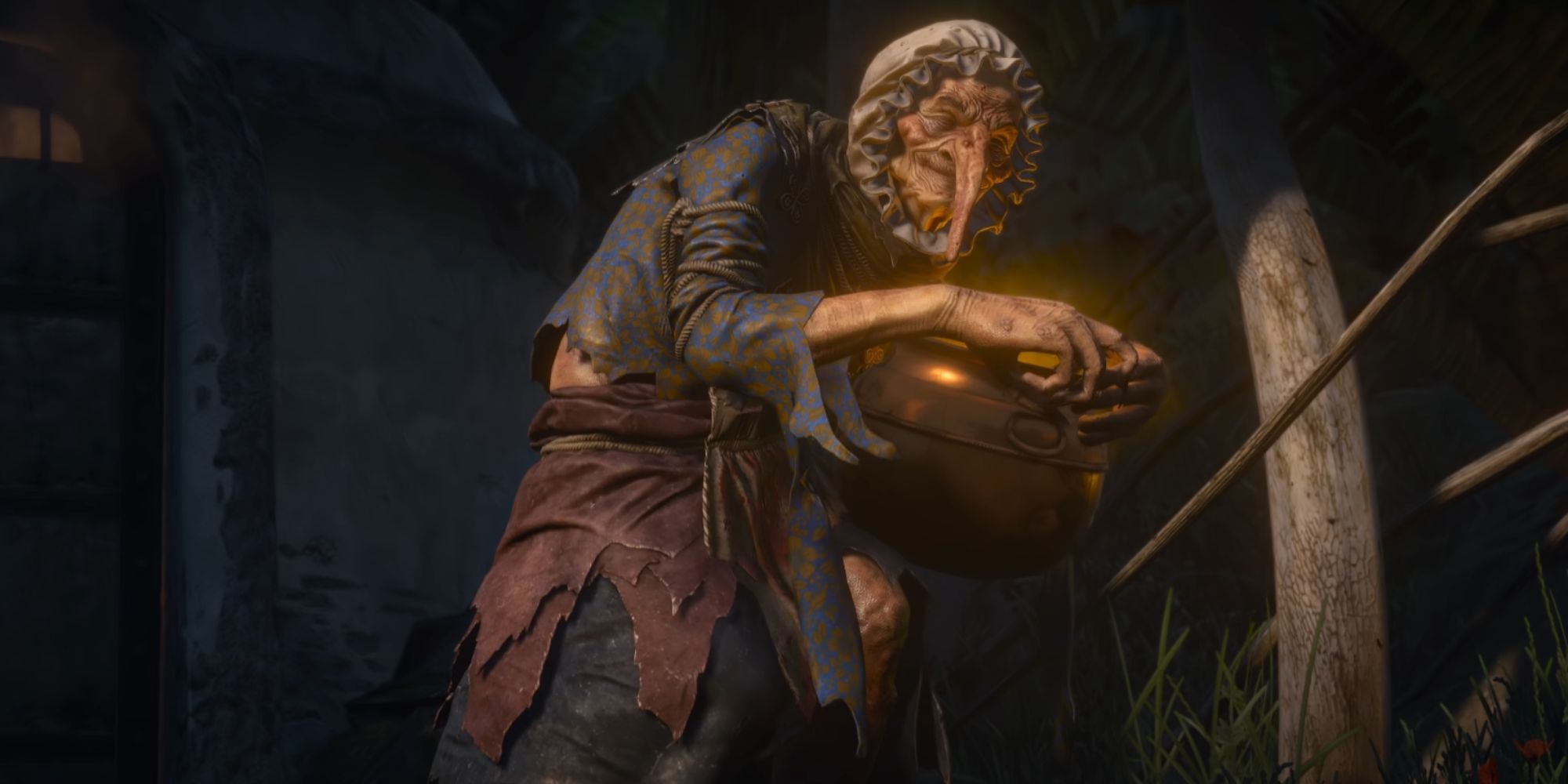 The Wicked Witch is an enemy found only in the Land Of A Thousand Fables. The legend goes that she eats humans, so many believers of the fairy tale creature are wary of approaching when they see her.

The Wicked Witch is one of the strongest creatures that reside in the Land Of A Thousand Fables; however, she's not particularly relevant to the story once you defeat her, which happens shortly after you enter the fantasy realm.

How To Defeat The Wicked Witch

Fighting the Wicked Witch is a challenging task. You need to know how to defeat her, how to defend yourself against her attacks, and which items she's susceptible to during combat.

Items You Should Use While Fighting The Wicked Witch

How To Defend Against The Wicked Witch 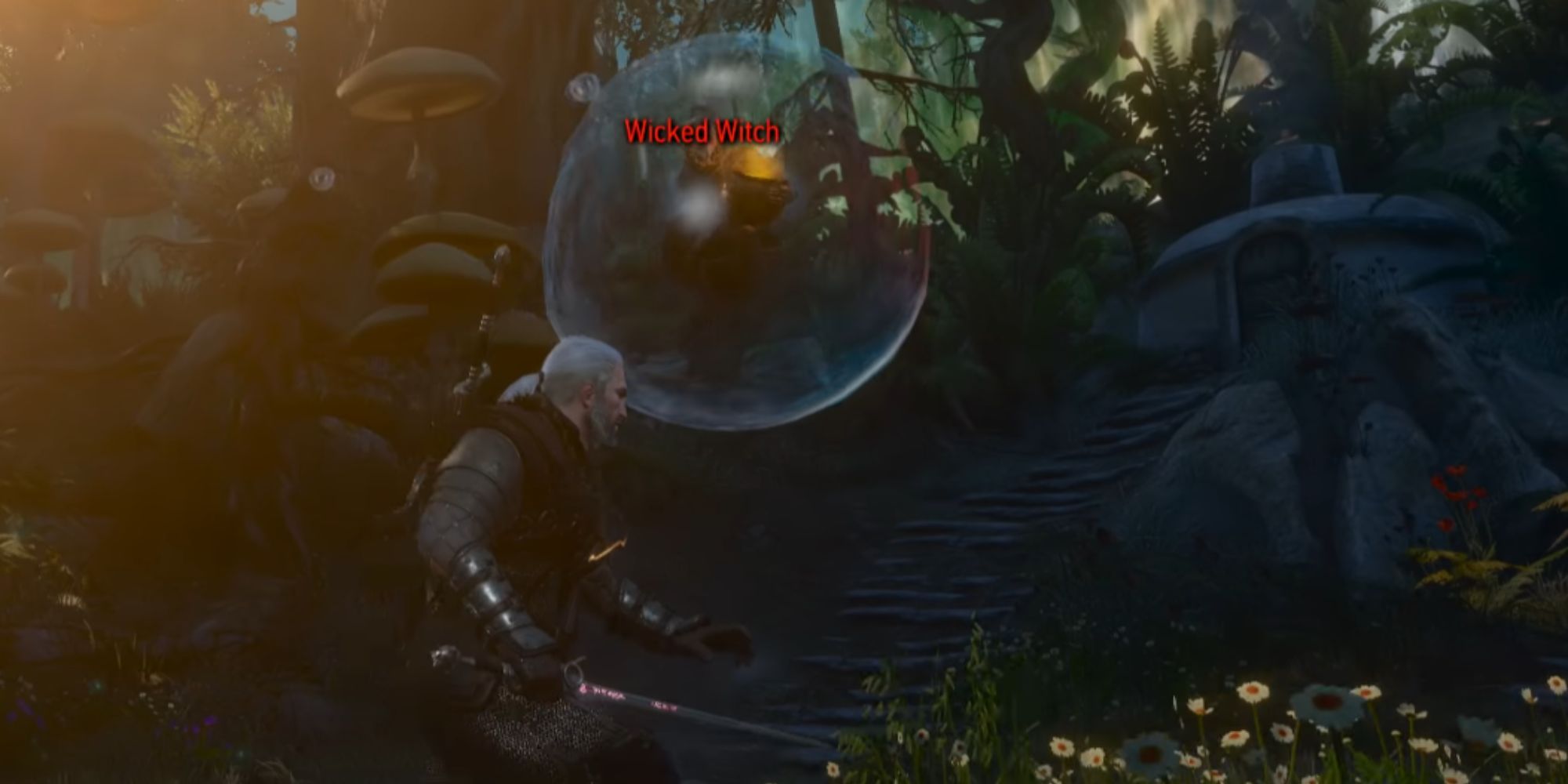 Defending Geralt against the Wicked Witch isn't too difficult because her primary attack includes throwing a magical soup onto him with her cauldron. Since the Wicked Witch can fly, you need to watch the skies for her incoming attack and try to shoot her off her broom using your Crossbow or the Aard sign. You can only shoot the Witch off her broom when she's near the ground; otherwise, she has a protective bubble.

If you need to further defend yourself against any of the Wicked Witch's attacks, then drink a Golden Oriole potion, which requires one Light Essence, one Dwarven Spirit, and four Blowballs to craft. Additionally, you can cast the Quen sign, which gives you a damage shield.

How To Deal Damage To The Wicked Witch 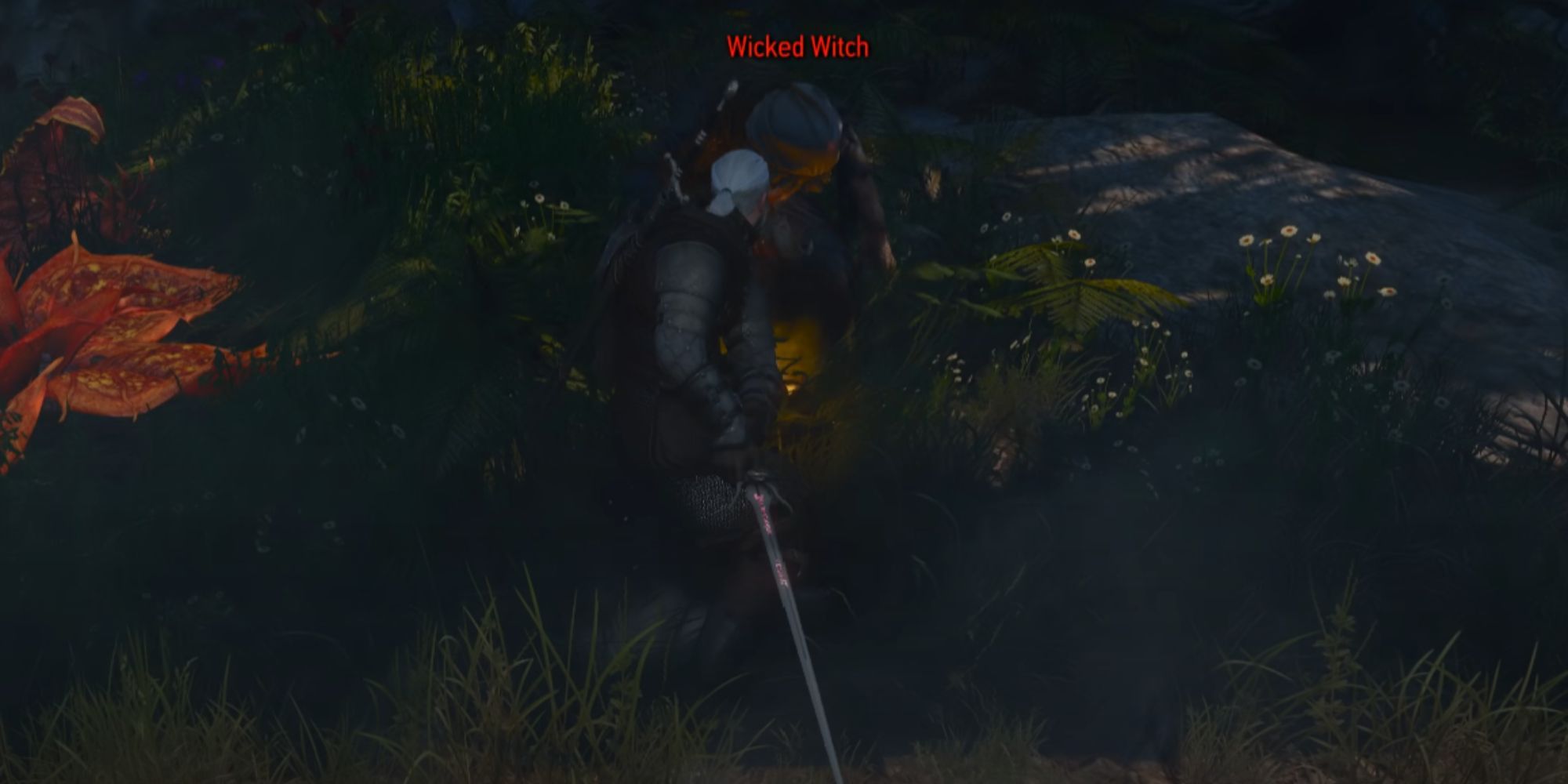 The first thing to keep in mind while attacking the Wicked Witch is that you can only use a Silver Sword since Steel Swords have no effect in the Land Of A Thousand Fables. You should also coat your Silver Sword in Relict Oil; you can find out how to craft this oil above.

Once you've chosen a sword and coated it with Relict Oil, you need to ground the Wicked Witch by knocking her off her broom. While high in the air, the Wicked Witch will have a protective bubble that shields her from any attacks. Occasionally, the Wicked Witch will fly towards the ground, and this is the perfect time to strike by shooting her with Geralt's Crossbow or with the Aard sign. Quickly destroy the broom after she's on the ground so she won't fly away again.

Once the Wicked Witch is on the ground, you simply need to hit her repetitively with a Silver Sword. It's also a good idea to use ranged attacks, such as your Crossbow, since the Wicked Witch has a longer reach than many other enemies. The Igni sign is another option for a medium-range attack.