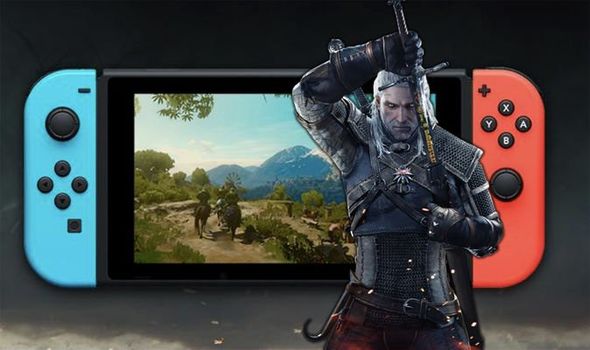 Nintendo fans were treated to lots of surprises during the E3 2019 Direct conference, but arguably none bigger than news that The Witcher 3 is coming to Nintendo Switch.

The Nintendo Switch port was rumoured ahead of the event, as retail copies were spotted on a Chinese retail site.

But even despite the leaks, the news still came as a shock to fans, who wondered how CD Projekt would be able to pull off such an ambitious port.

In the wake of the shock announcement, CD Projekt has revealed more about how The Witcher 3 port will handle.

According to a CD Projekt tweet, the game will run at 540p in handheld mode and 720p on the big screen.

Dynamic resolution will also be supported when the Nintendo Switch is docked.

According to an interesting post on Eurogamer, holding a steady frame-rate could be a problem on Nintendo Switch.

“As for settings, this is where changes are more obvious,” the Eurogamer post reads.

“Switch’s 1GHZ clocked CPU has to deal with the game’s asset streaming, physics, and AI – and so it could be a challenge holding a stable 30fps on what’s essentially mobile technology.

“Based on the footage so far, foliage and characters draw distances do take a hit on Switch as a result, and so the environment is less populated at range compared to PS4.”

According to the post, shadow resolution, texture quality and environmental detail is comparable to PC’s lowest setting.

Responding to questions on Twitter, CD Projekt confirmed that the game will weigh in at approximately 32GB on Switch.

Of course, the larger file size probably has something to do with the fact that the Switch version contains the base game and all post-release content drops and expansions.

This includes the Hearts of Stone expansion and the excellent Blood and Wine.

Unfortunately, however, it won’t support cross-saves with Xbox One and PS4.

The Nintendo Switch version of The Witcher 3 has a 2019 release date.