Things That Make No Sense In Jurassic World Evolution 2

The sequel to the management simulator that kicked Jurassic Park games back into the spotlight, Jurassic World Evolution 2 not only offers a new storyline but bigger and better features that take the gameplay up to a new level. From the latest game modes to a whole new roster of dinosaurs, they managed to take all the best parts of the original and improve on them.

Even with the big flashy upgrade, it's rare that a game escapes without at least a few flaws. New players will only notice a few but fans of the older series have something to compare to, highlighting all the things that don't quite add up in the new edition. Wild dinosaur designs, power scaling, and factual errors, Jurassic World Evolution 2 has some serious questions to answer. 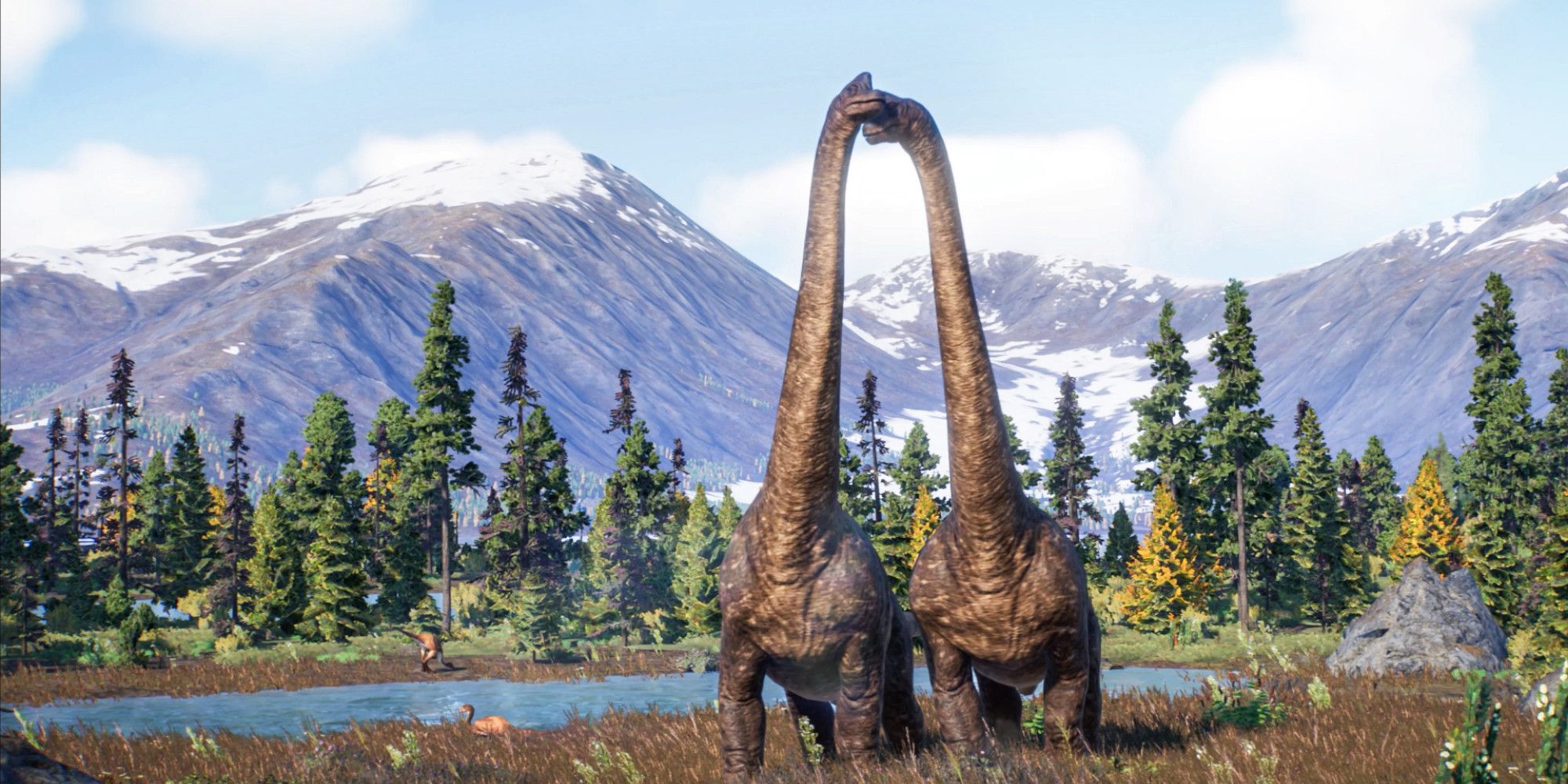 While some dinosaurs are known for their ferocity, others survived by simply being the biggest fish in the pond. Sauropods had long necks that allowed them to eat moss and plants where others couldn't reach, giving them a fairly relaxed eating experience. Even though they didn't eat other dinosaurs doesn't mean they were defenseless, being hunted by the Giganotosaurus will urge you to get some defense mechanisms.

The first game made these gentle giants near-invincible, the only thing being able to take it down is the Indominus Rex. Evolution 2 sees them take a massive nosedive into one of the most vulnerable species walking, even dinosaurs that wouldn't register on the Sauropods radar can now take them down in large groups – a tough situation to sell. 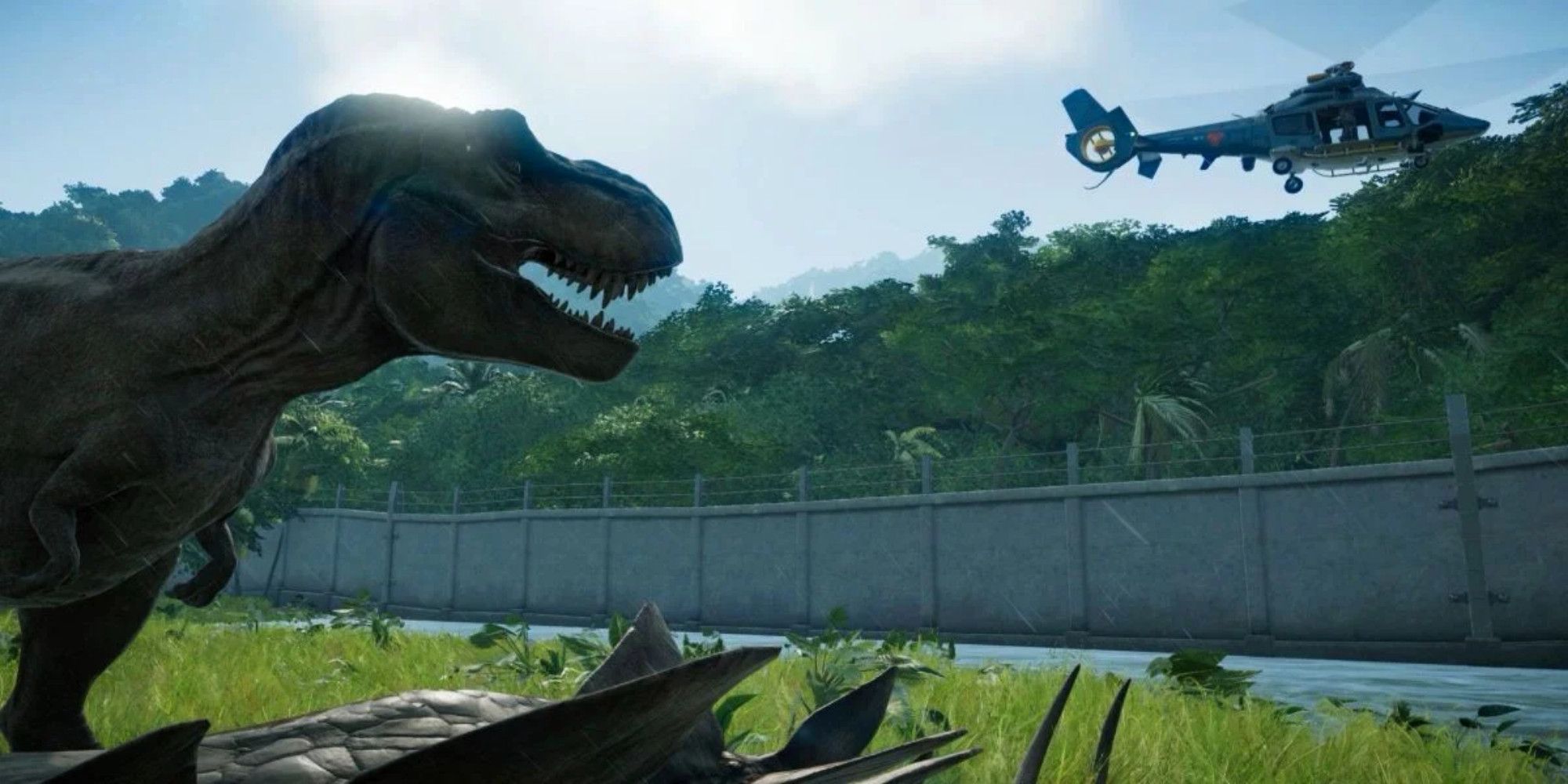 A new game mode that lets you travel back through the movies to the same general story, correcting the wrong decisions and taking things into your own hands. Chaos Theory tries to start you off as close to the story as possible but there are some glaring holes, confusing anyone that's actually watched the movies.

The Spinosaurus is a stand-out character from the third movie and has one of the most iconic scenes in the series, turning a cell phone's ringtone into a daunting warning. In the movie, the scientists found the phone in a dung pile – Chaos Theory twists the narrative, probably to give you a unique mechanic at the expense of consistency. 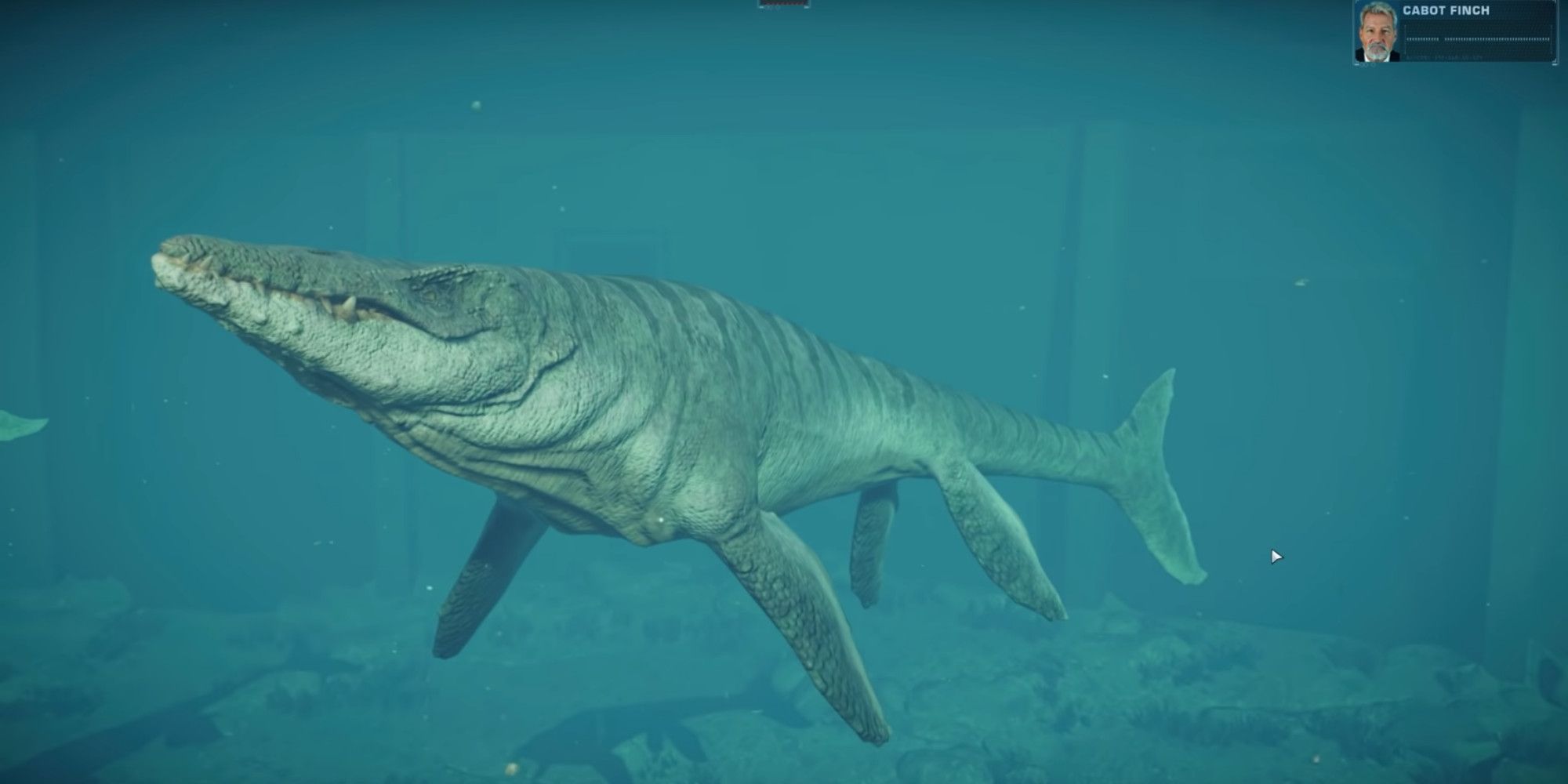 From documentaries to video games, dinosaurs have been given a wide variety of looks over the years, some that don't even try to follow the science. Usually, this has to do with oversizing the dinosaurs to give them a more dramatic look, especially when we have no photos to prove otherwise.

While video games don't have to be 100 percent accurate and rarely are, Evolution 2 has taken some serious artistic license with their new marine lineup. Jurassic Park/World does have the built-in excuse that they're genetically engineered and can be tinkered with, but things like the Liopleurodon, which is actually sized correctly, has claws jutting out of its flippers.

4
Working With A Broken Clock 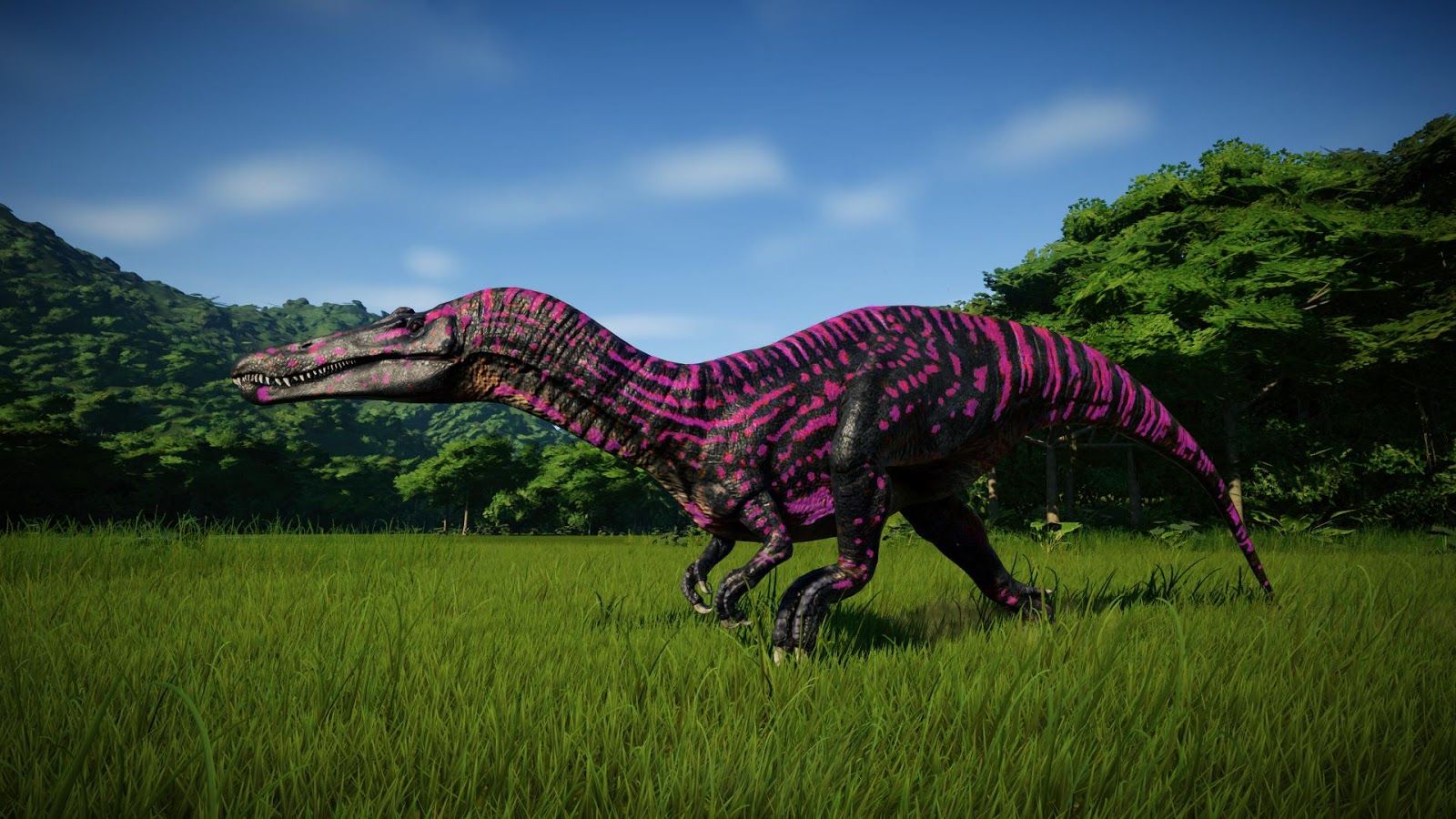 The Jurassic Park book did a good job of covering for the many liberties they would take with the creatures, but even then some things can't be explained away. Chaos Theory seems to be the source of the plot holes, another problem with weaving the movies into Evolution 2, putting dinosaurs that hadn't even been discovered yet in the timeline.

Jurassic Park was supposed to take place back in 1993, a staggering 28 years ago, before the leaps and bounds of today had been made in paleontology. Chaos Theory for the original movie puts a Suchomimus in the action, a species that shouldn't even be introduced yet due to its discovery five years later in 1998. The average player wouldn't catch it but you're talking about dinosaur fans here, nothing gets past them. 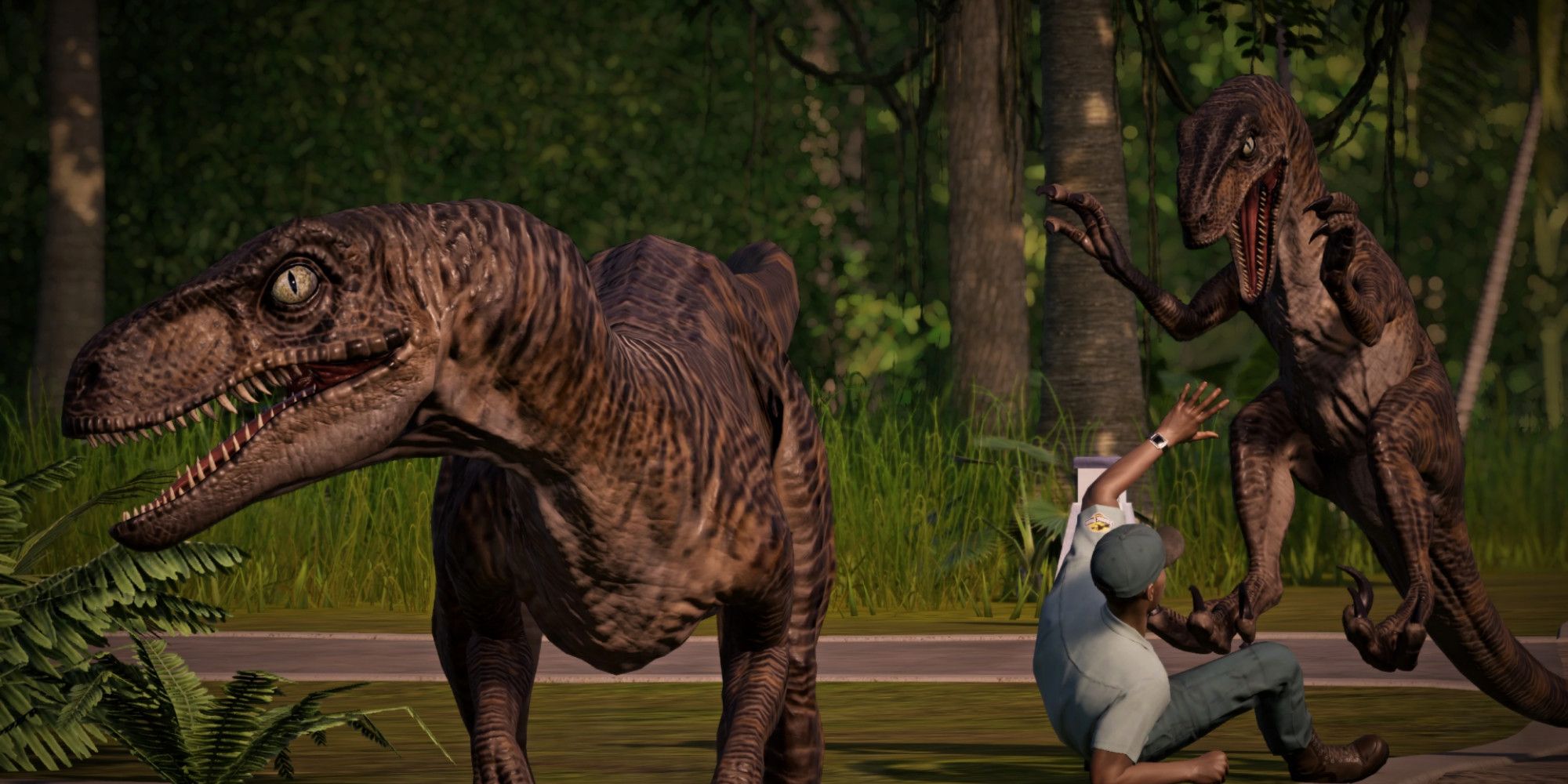 The most common complaint about the game is the completely broken pack hunting mechanic, a new feature that sees dinosaurs interact in completely different ways to the original game. Giving the power back to smaller predators was a much-anticipated upgrade to Evolution – that is, until the horror that is small hunting packs was unleashed upon unsuspecting parks.

A mighty Brontosaurus can be taken down by four small predators in less than 15 seconds, a huge overcorrection to their previously untouchable status. What could have been a great way to see the varied animations that play out between different species now becomes a massacre, risking even the most defensive dinosaurs' lives along the way. 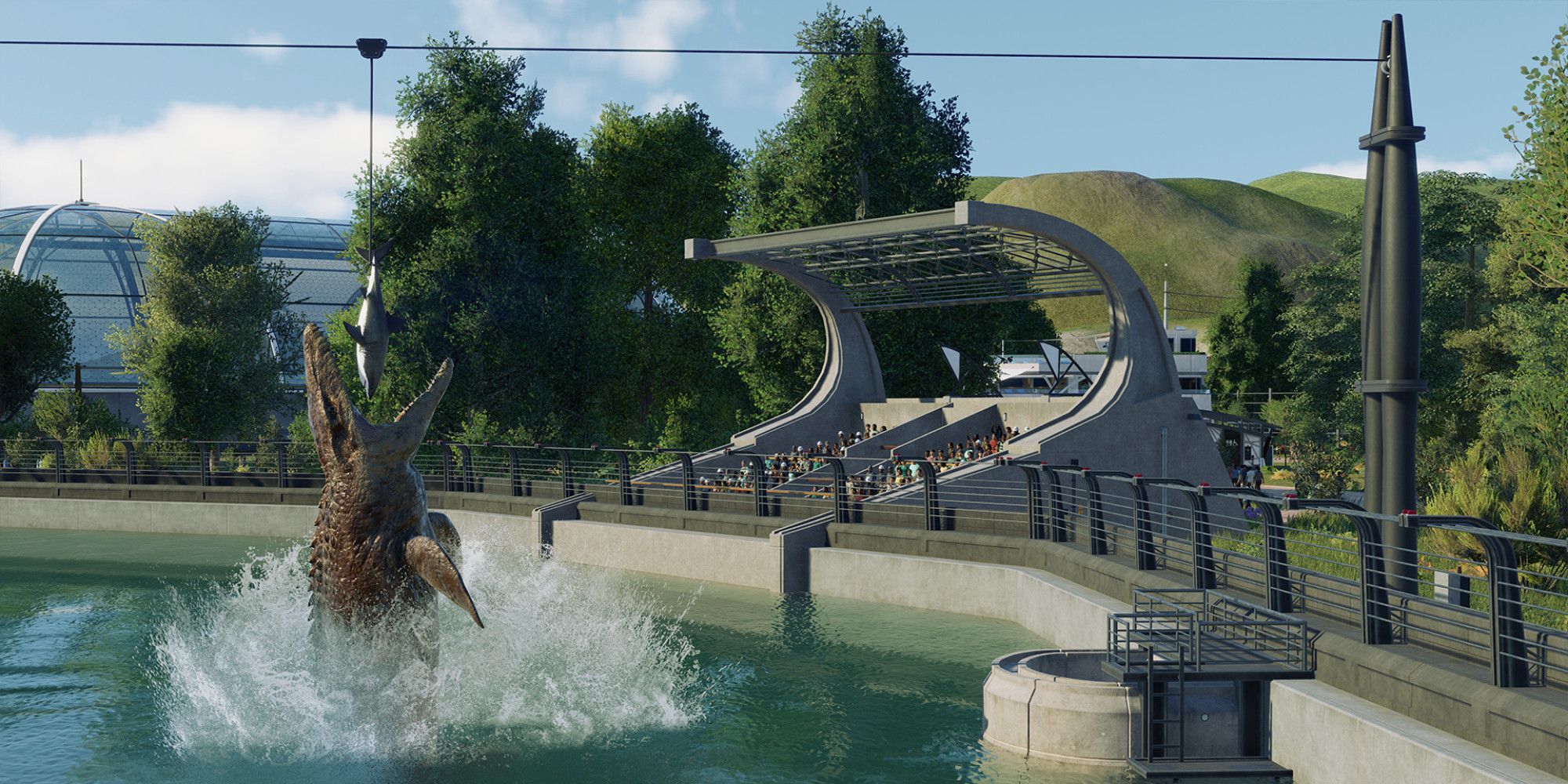 The Campaign mode in Evolution 2 has been reduced significantly, from 24 hours to five, cutting out a lot of the missions and content that made the first game fun. The popularity of the sandbox mode clearly influenced the decision, with players dumping the huge majority of their time into it, but chopping 80 percent of the game seems a little extreme.

This comes right when they expand the maps too, offering a huge opportunity to let a story play out. New game modes like Chaos Theory substitute it somewhat, but don't connect you with the game like the original, instead feeding off your nostalgia and eagerness to jump in. While the first story might have been too long, all but getting rid of the campaign was too hard of a swing in the other direction. 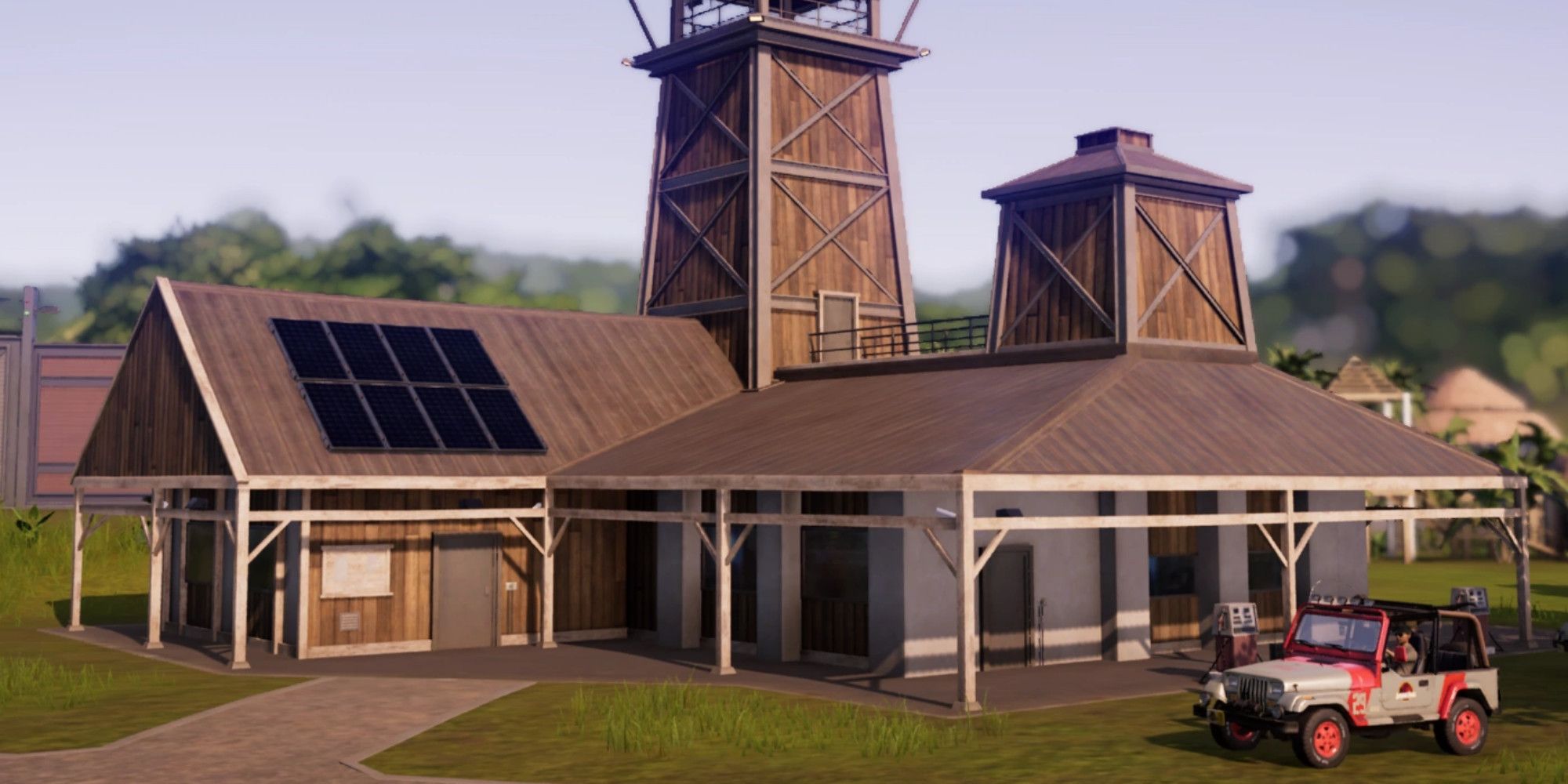 Space is an important asset when it comes to building up your facility – anything that takes up too much means less cool species to exhibit, the main attraction. One of the best suggestions from the first games was to combine the ranger and asset containment units, both do the same job with different vehicles in use.

Seemingly ignoring the request, they've been made into individual purchases that could easily be combined by putting a helicopter pad on the roof. It wouldn't take much effort to rebalance the purchases and make things feel less redundant, especially when you really start to build up the environment.