Tilting Point has acquired the popular terraforming simulator TerraGenesis from Edgeworks Entertainment, continuing a strategy of acquiring popular games and making them even bigger through user acquisition techniques.

Terms of the deal weren’t disclosed, but Tilting Point president Samir El Agili said in an interview with GamesBeat that the company paid multiple millions of dollars to buy the game from Edgeworks. That’s a good outcome for the company, which launched the game (built by a single developer) in 2016.

Edgeworks CEO Alexander Winn started working with Tilting Point in November 2017. At the time, TerraGenesis had a few million downloads and was generating $20,000 in revenue a month. El Agili said that grew to $350,000 a month ($14 million to date) and 21 million downloads now, as Tilting Point applied its skills in acquiring new users.

“This was one of our first very successful deals at Tilting Point, and we’ve been working with Edgeworks since 2017,” El Agili said. “We found it through our progressive publishing model, where we scan the market and see which games we could probably scale to great success. And it’s been an amazing adventure. This transformed the life of the developer Alex and his wife Lacey [Hannan].”

TerraGenesis is one of many titles that Tilting Point has acquired in its business model as it goes through the process of partnering with small developers on successful games. It helps the games grow, and then Tilting Point acquires them … or the developers. TerraGenesis is now the fourth science-fiction themed game that Tilting Point has among the top 10 sci-fi games published by U.S. companies. The company’s other sci-fi games include Star Trek: Timelines, Astro Kings, and Nova Empire.

Edgeworks will remain the brand licensor for TerraGenesis, and Winn, his cofounder Hannan, and the team — six people in all — will continue to work on their own games. Tilting Point will take over further development and promotion, with input from Winn.

“He’s a very talented engineer and someone who has a lot of different passions,” El Agili said. “The acquisition makes sense in the Tilting Point model. In this case, we are jumping straight to the acquisition of the game, but the developer will still be involved in many ways and we will still build a relationship with Edgeworks progressively. So the developer will still get a small chunk of royalties on the game and its continued success.” 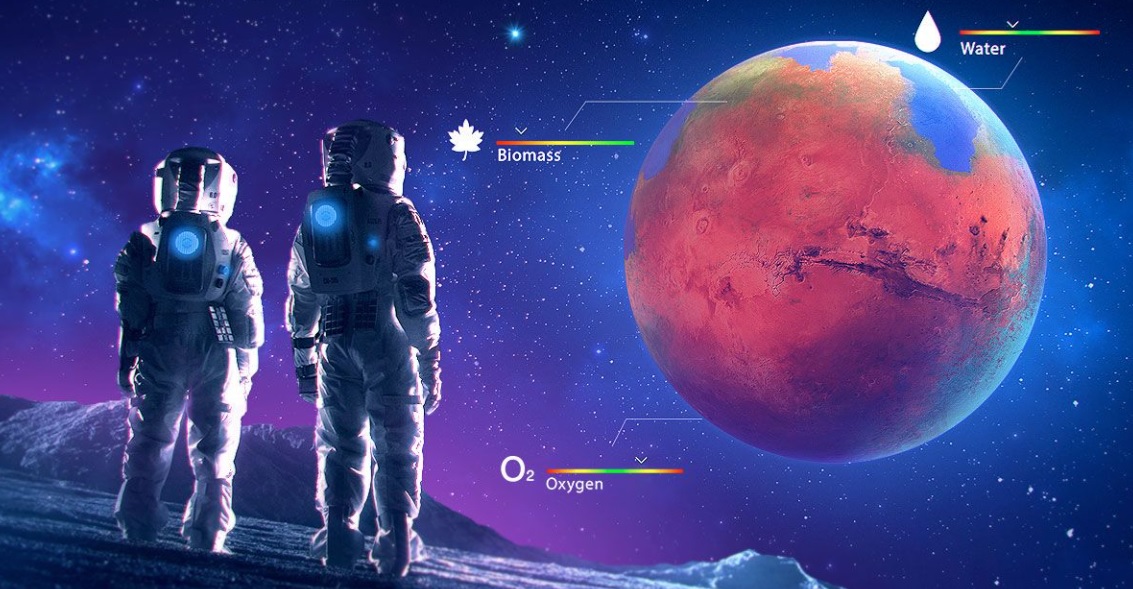 Above: Can you convert this planet into a livable place in TerraGenesis?

The deal follows Tilting Point’s recent string of acquisitions in 2020. It bought FTX Studios’ portfolio of games and its internal Plamee Studio in July and Star Trek: Timelines and the internal team behind it in March.

TerraGenesis is based on the science of terraforming and it uses data from NASA. It challenges players to take real planets in the galaxy and transform them into places where humans and other life can thrive. It has 45 planets, moons, and historical versions of Earth to terraform.

Tilting Point has helped developers of 80 games to grow their revenues. The company is currently scaling 28 games and partnering on four co-development projects. Tilting Point has more than 150 employees. Its top games include Star Trek: Timelines, Warhammer: Chaos & Conquest, and SpongeBob: Krusty Cook-Off.

“We’re seeing there is tremendous potential growth here,” El Agili said. “TerraGenesis is becoming a brand name with the number of downloads it’s receiving and the continued engagement and retention from users. So we’re going to continue looking for games like this. And we’re quite agnostic at the entrance of our funnel to what type of game it is.”

El Agili said he realized that some of the business is up in the air now as user acquisition companies will be affected by Apple’s upcoming change where it is prioritizing user privacy over targeted advertising, and it is retiring an identifier for advertisers known as the IDFA. He said his company is talking to everyone to figure out the consequences of the change when it comes to acquiring future users.